Situated amidst lush greenery, the cozy town of Ranikhet has a own unique charm; the kind that can have you walk around for hours without feeling the blisters; such is its tranquillising effect. And if you’re up for a little action, head over to the Golf Course and hit a few shots past its meandering slopes. Ranikhet, which means Queen’s Meadow in Hindi, gets its name from a local legend, which states that it was here, that Raja Sudhardev won the heart of his queen, Rani Padmini, who subsequently chose the area for her residence, giving it the name, Ranikhet, though no palace exists in the area. 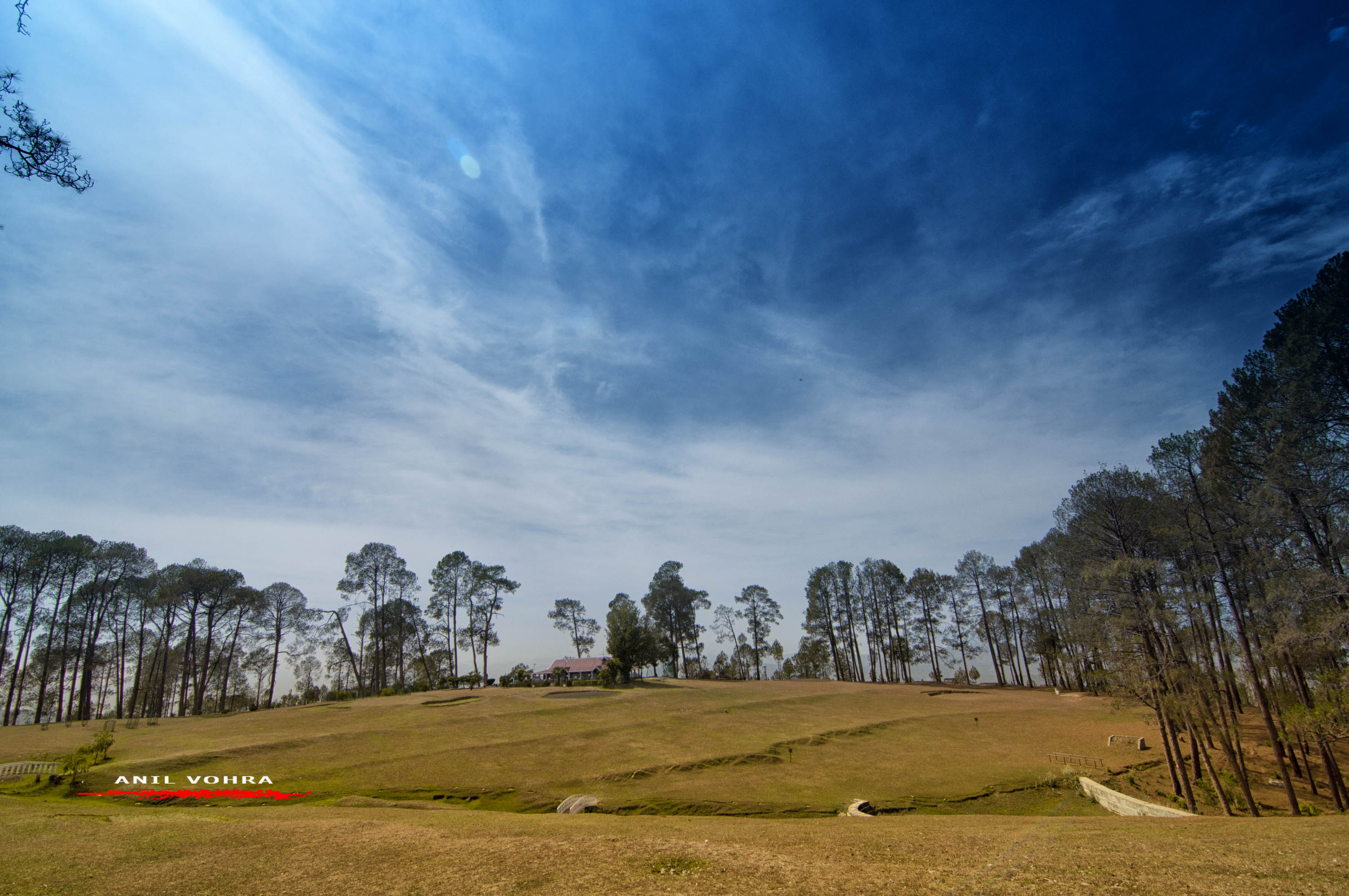 Ranikhet is at a distance of 350 km from Delhi, well connected by road and railway. Situated in Almora District of Uttarakhand, Ranikhet is the headquarters of the Kumaon Regiment and the Naga Regiment of the Indian Army. In 1869, the British established the headquarters of the Kumaon Regiment here and used the station as a retreat from the heat of the Indian summer. At one time during British Raj, it was also proposed as the summer headquarters of Government of India, in lieu of Shimla. Ranikhet previously was under the Nepalese Rule, and the Kumaonese (people of Kumaon Region) won it under the leadership of their able General Kashi Nath Adhikari – after whom the small town of Kashipur was named (which at one point of time was the gateway to the hills and is now an educational /institutional hub) – with the help of Britishers at around 1816 and is a part of India now.

Ranikhet has a spectacular view of the permafrost ranges of the Himalayas. Trishul, Nanda Devi, Nanda Kot are a few peaks that are clearly visible and they are quite a sight at dawn. 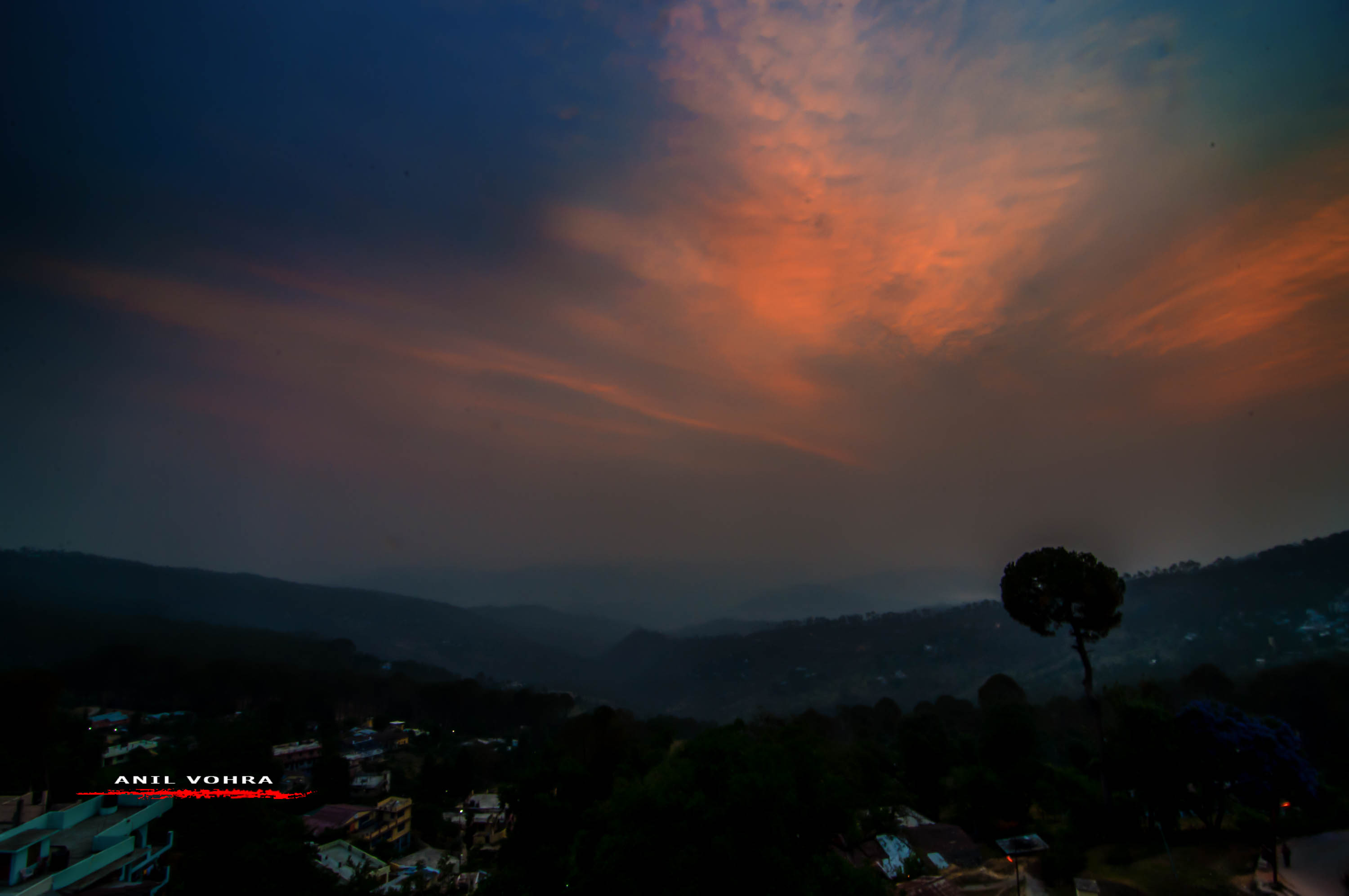 The nights in Ranikhet are equally enchanting. The silence is eerie, but the star spangled night is a sight to see. The skyline is dotted with diamonds, and the rising moon adds to the romanticism of the atmosphere. Whether you have an early dinner and turn in, or talk through the night in the open air with a bonfire lit near you, the quiet coolness in the air will surely be a thing to remember. 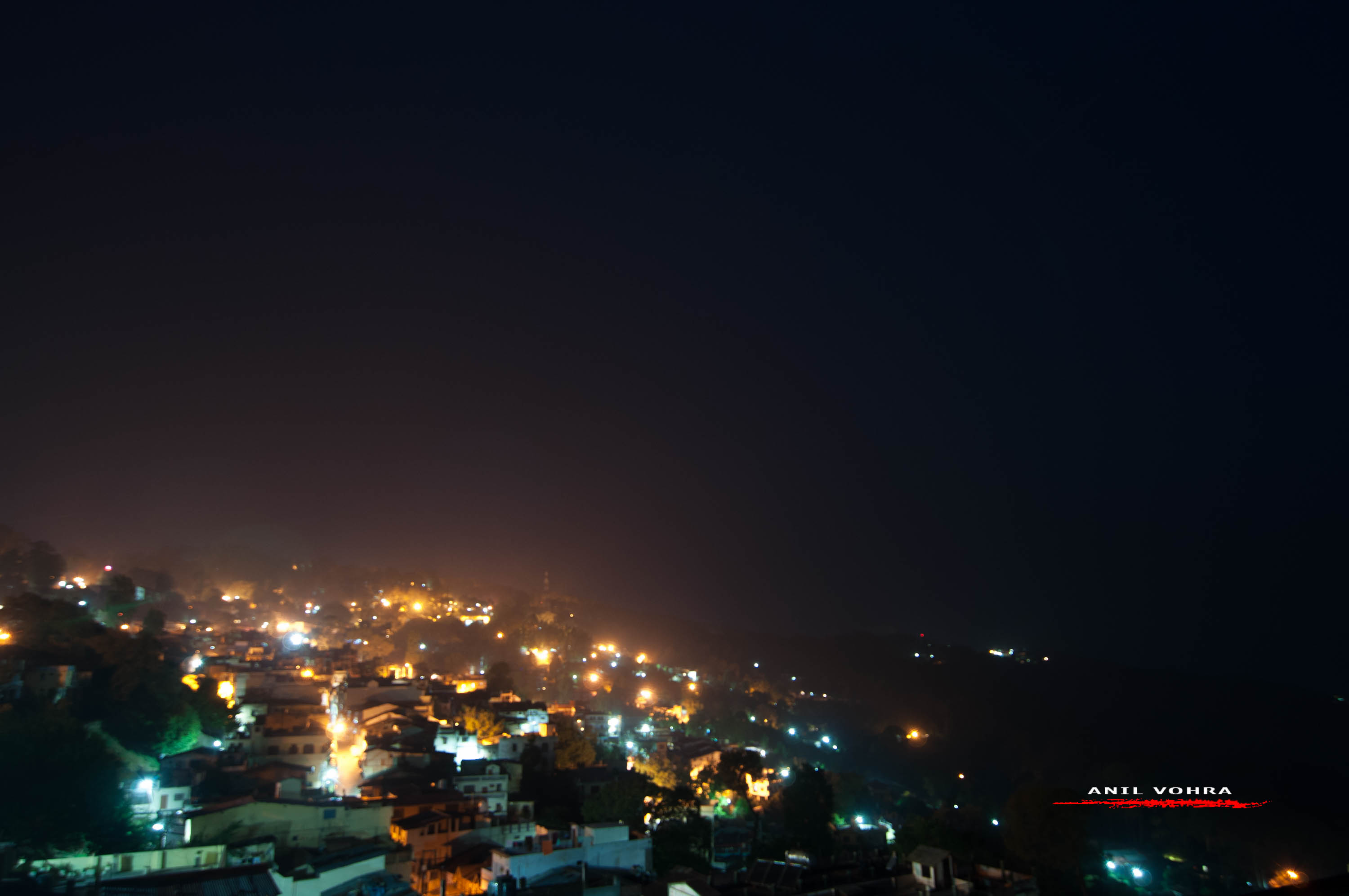 Ranikhet being an army cantonment area makes sure that it is spick and span, speckled with some old school architecture and great roads. The cantonment is spread across two ridges, the first, called the Ranikhet ridge and the second, the Chaubattia ridge. 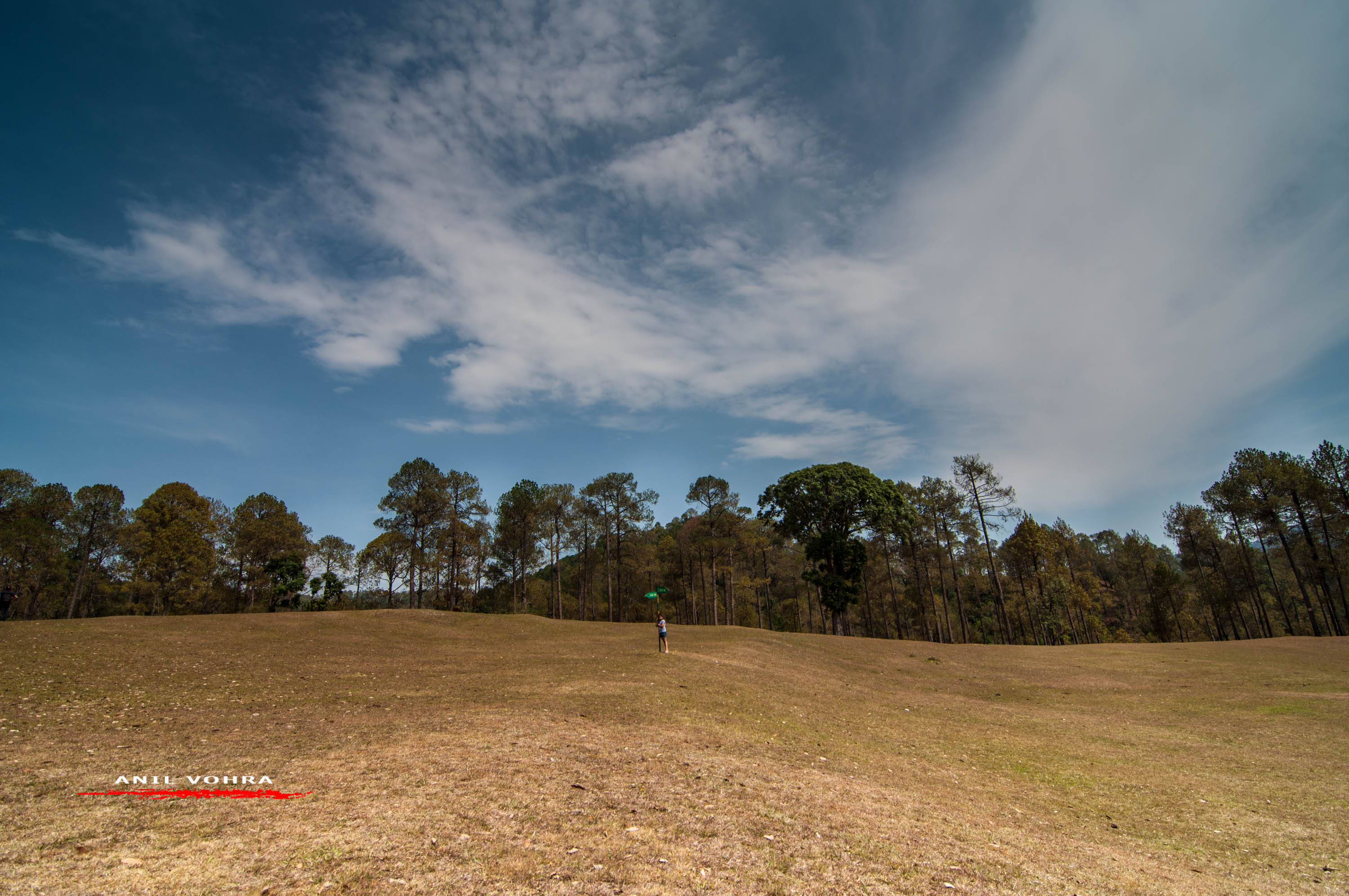 Lined up on top of  the list of local attractions, Ranikhet Golf Course is one of the highest golf courses of Asia, located 5 kms from main Ranikhet City. Ranikhet Golf Course is a 9-hole course making it one of the prime attractions of Ranikhet. The green meadow of the golf course at such high altitude is awe-inspiring. The golf club provides membership plans for outsiders as well. 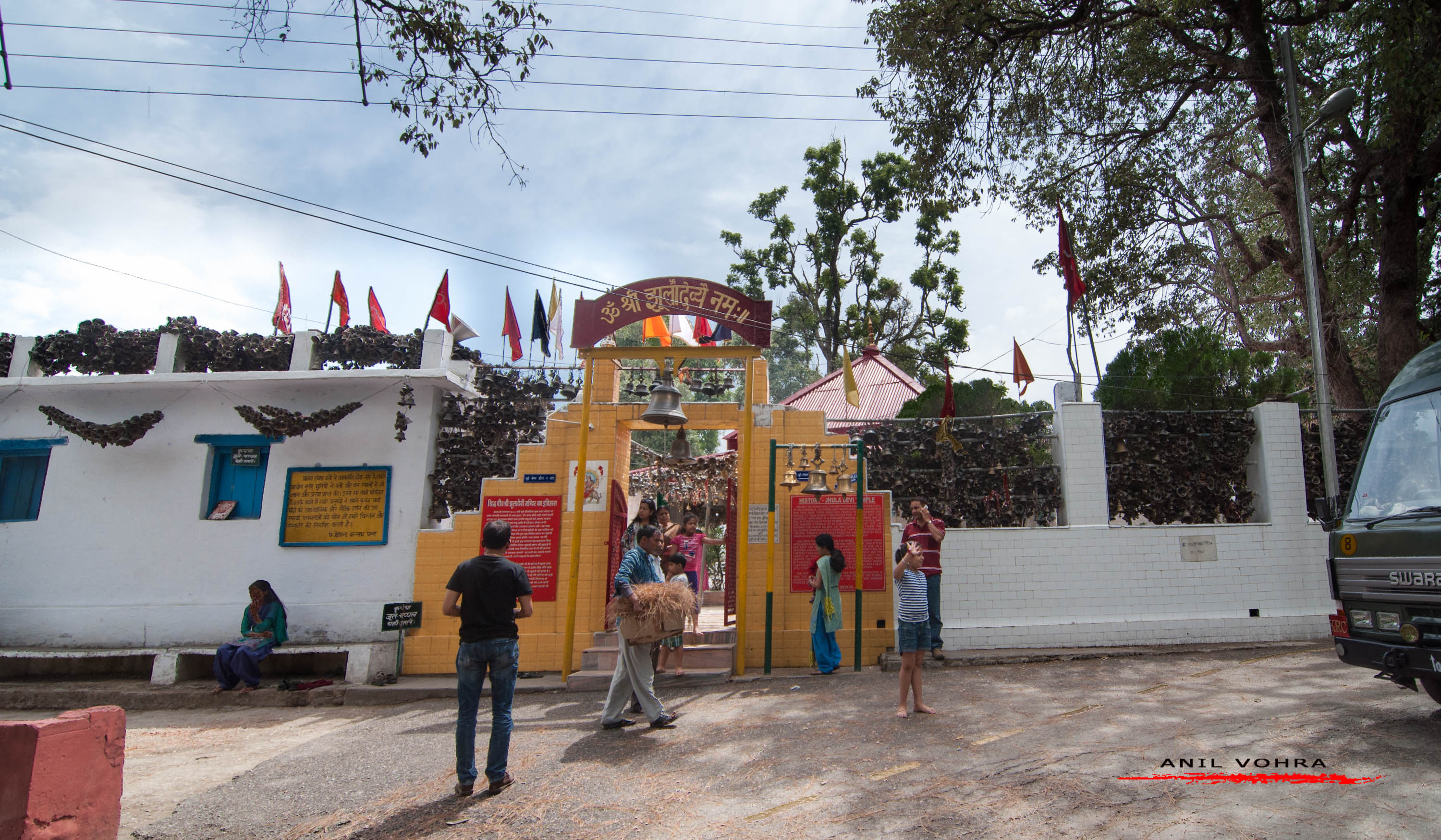 The Jhula Devi temple is situated at a distance of 7 km from the town of Ranikhet near Chaubatia. It is said that the dense jungle near the temple was once full of wild animals, leopards and tigers used to attack local villagers. The villagers prayed to Maa Durga for protection, and one day Goddess Durga came in a shephard’s dream and advised him to excavate her idol. This temple was constructed at the spot where the shepherd found Goddess Durga’s idol. Since then pilgrims come to make a wish to Goddess Jhula Devi. And when their wish is fulfilled they come again to thank Jhula Devi Maa by offering a bell to the temple. The popularity of the temple can be realized by number of bells hanging over the temple walls. 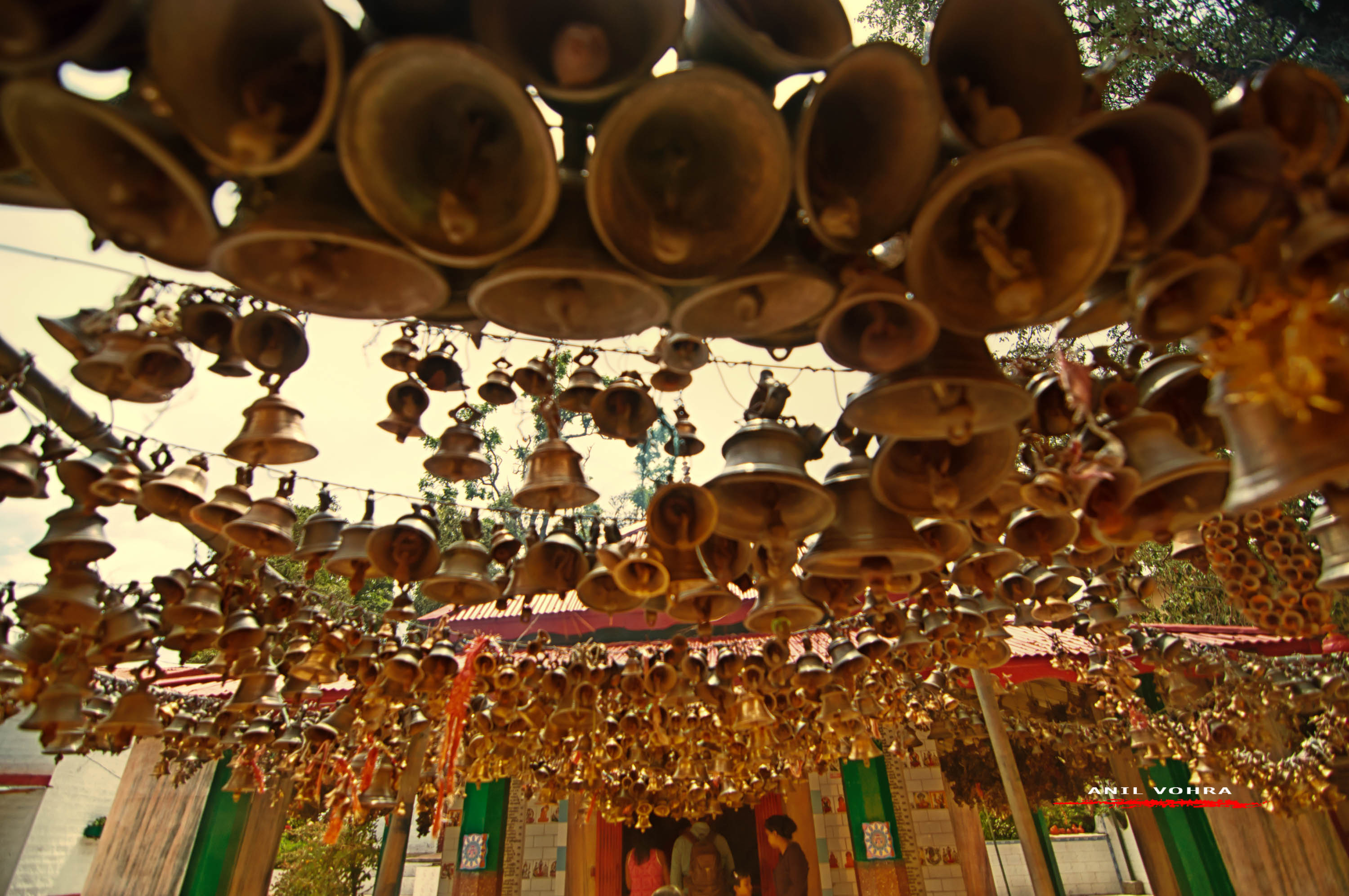 The temple priests have to timely shift the old bells to a different place to make room for the new bells that are tied everyday. In addition to bells, dried coconut and prasad is offered to the Goddess. This place has a calm environment and a sense of spiritual peace to it. 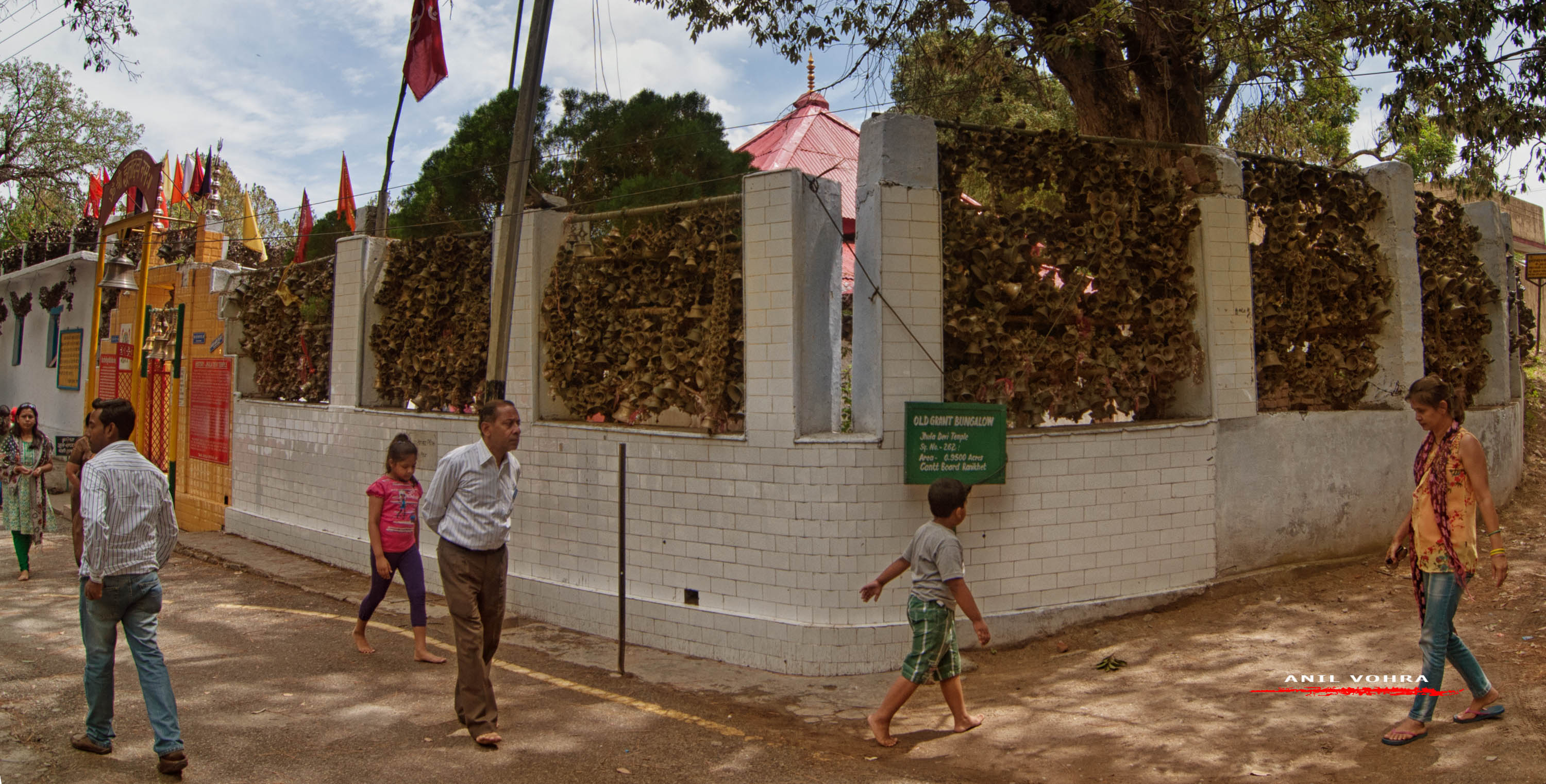 Chaubatia Gardens is located about 10 km from Ranikhet, this place has plantation of apricots, peaches, chestnuts, and almonds and is famous for apple orchards. With a wide variety of Himalayan flora, it also offers the picturesque views of snowcapped Himalayas. Apart from fruits, one can buy fresh juices and artisan honey from the garden store on the way out. 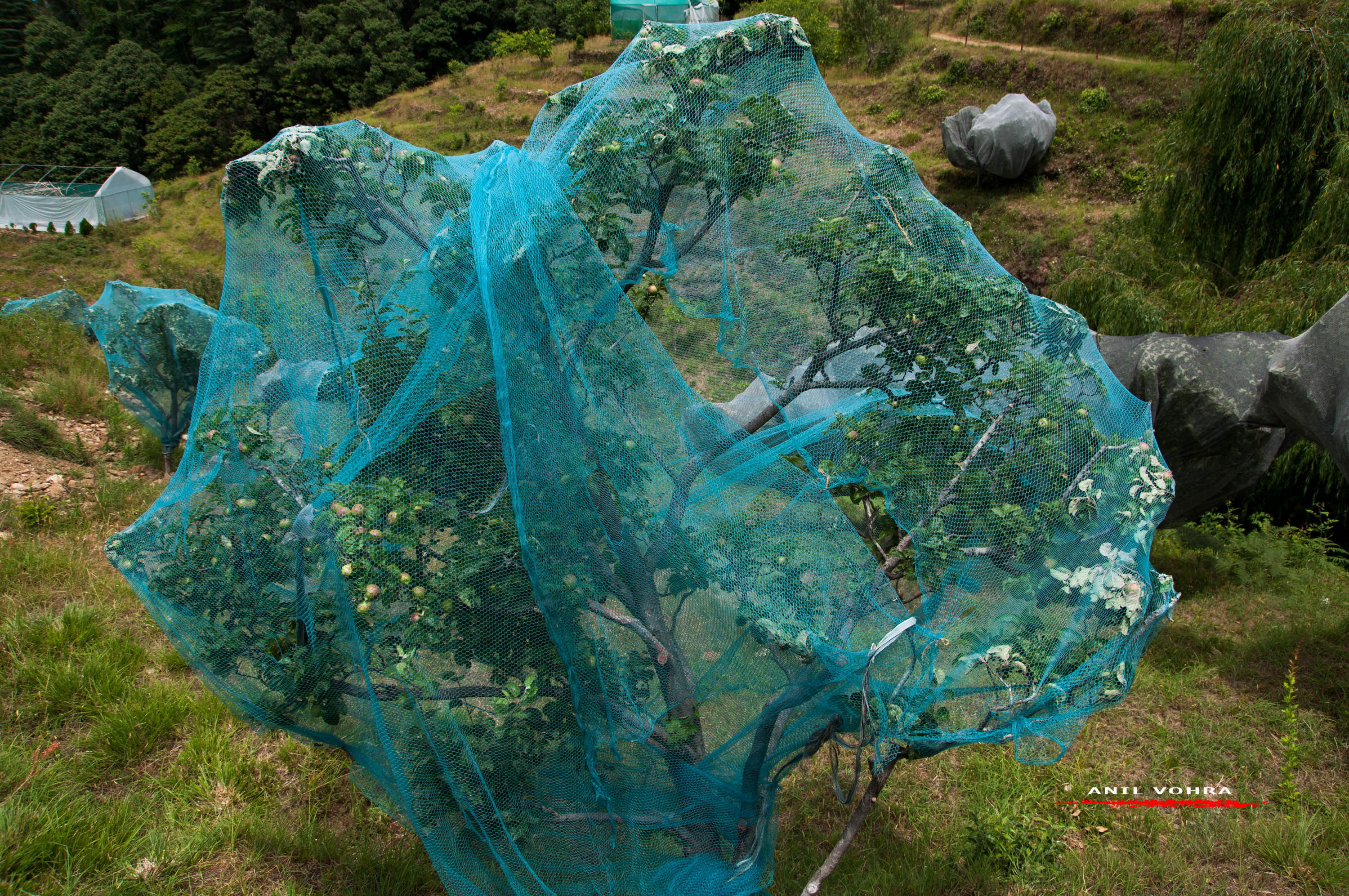 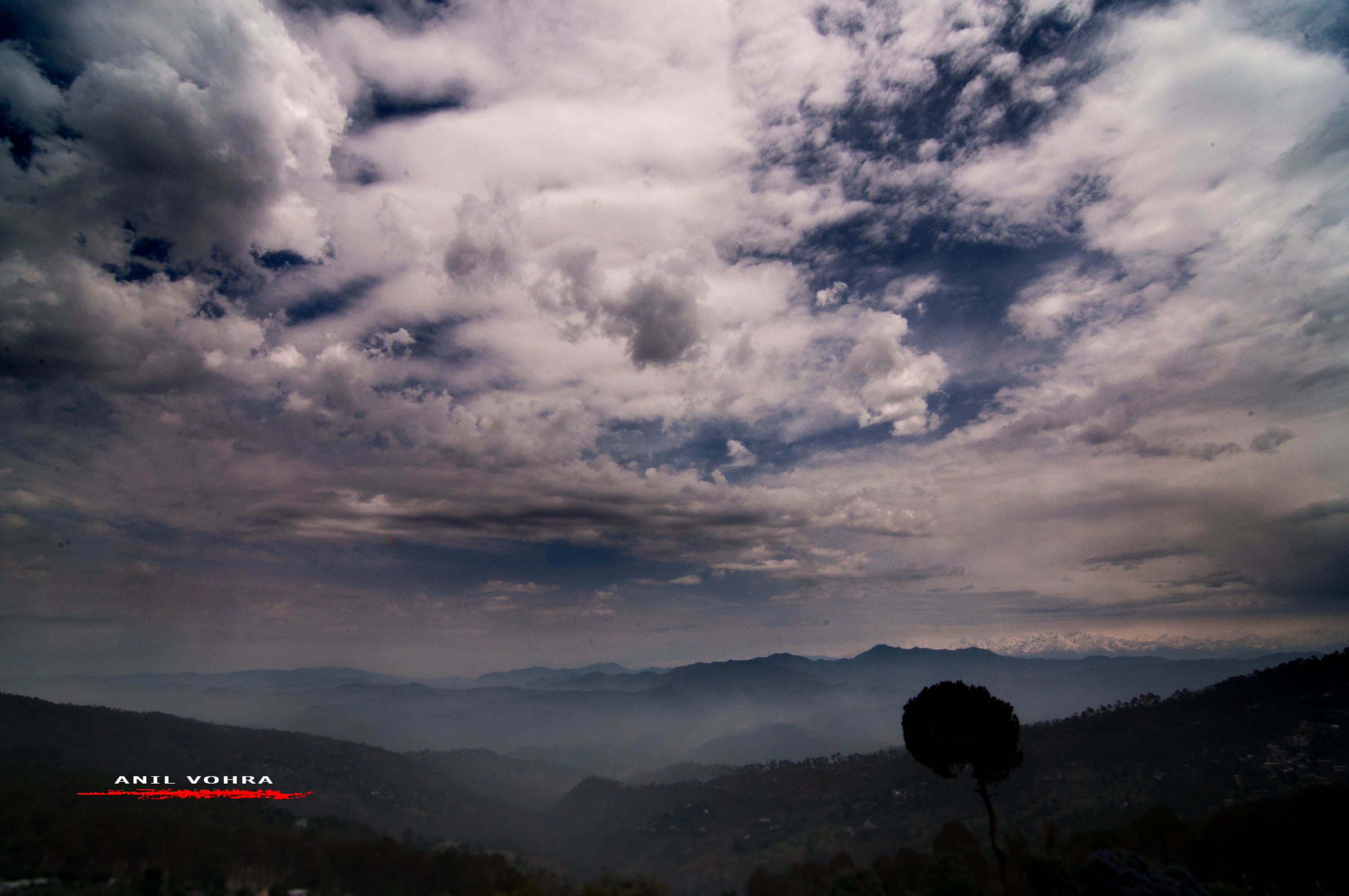 Ranikhet is rich in the population of quality weavers, who produce excellent handloom items. These items are definitely worth collecting. Make sure to try and buy it directly from the weavers, as many shopkeepers tend to sell them at exorbitant prices. Though Ranikhet does not have many trademark dishes, specific to the area, it does have a very famous sweet dish – Bal Mithai. It is a chocolate-like fudge made from milk cream and coated with sugar balls. Also, the Buransh Juice is a specialty drink of the area, which is made from a local mountain berry. 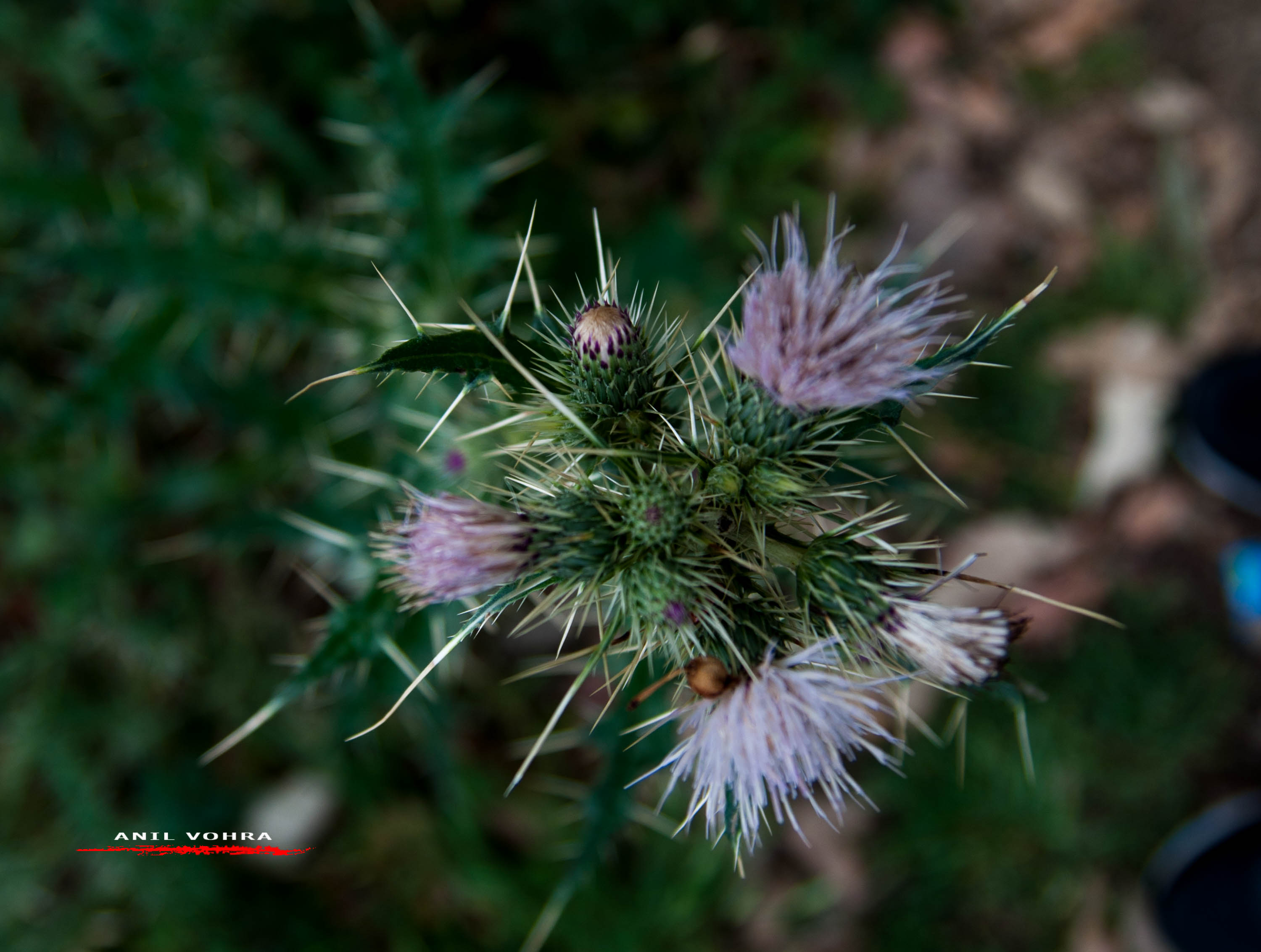 Ranikhet becomes very cold in the winters and remains moderate in summers, and is best enjoyed from March to October. Ranikhet gets snowfall in the winter season, mainly in the months of December, January and February. But in the rest of the months the weather of Ranikhet remains pleasant. The pine, oak, and deodar forests host an array of wildlife including leopard, leopard cat, mountain goat, barking deer, sambar, pine marten, Indian hare, red-faced monkey, jackal, langur, red fox, and porcupine. 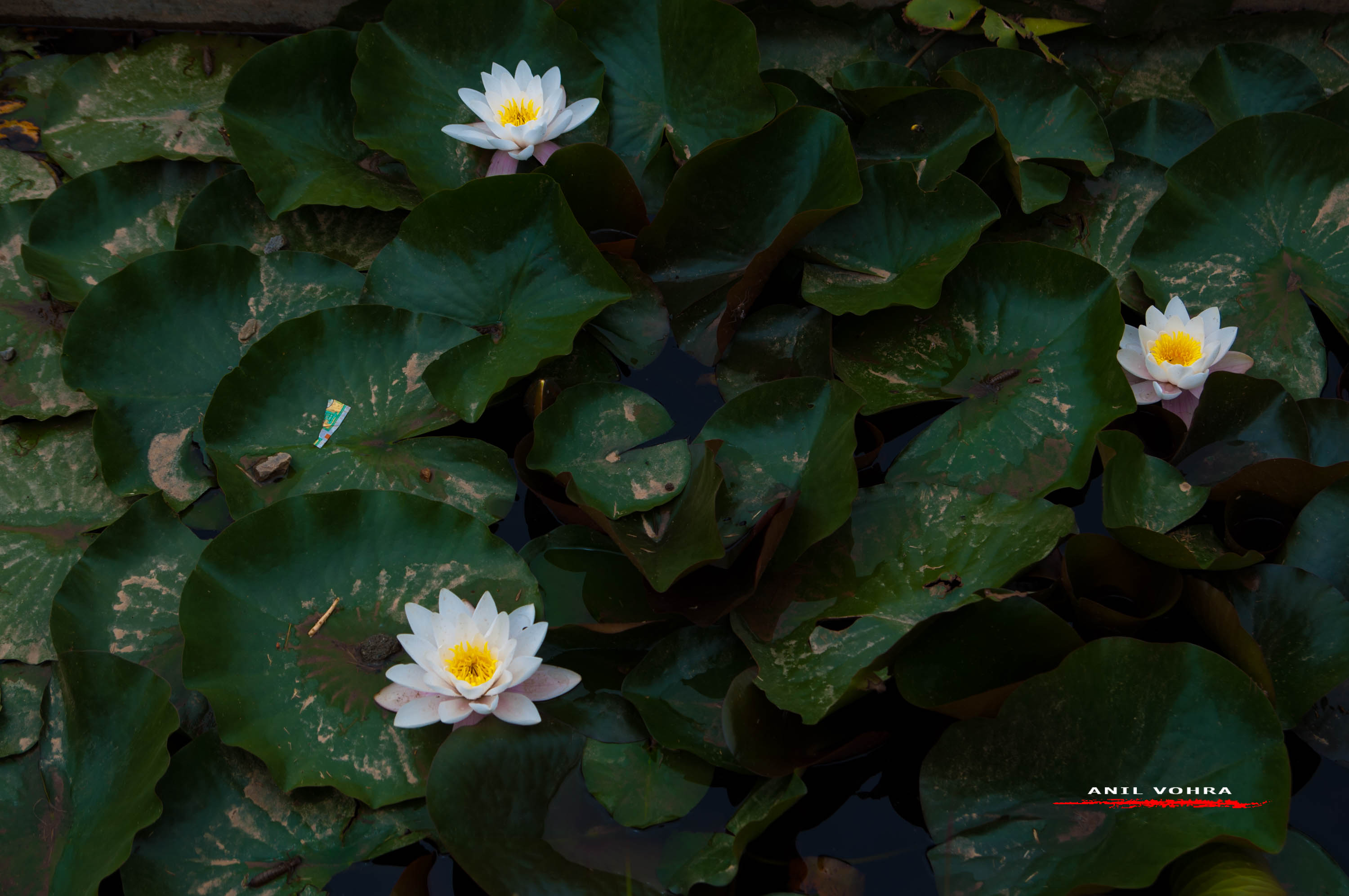 There are a lot of adventure treks and activities like rappling and air gliding that take place in and around Ranikhet, but this travel destination is just for lying back and relaxing.Maybe, you could use the time to soak in nature, or just spruce up the romance with your better half while walking down the bylanes in moonlit nights. Ranikhet is after all the perfect romantic getaway!