Peak summer, you’re faced with two choices – either retreat indoors to an air-conditioned cafe, hotel room or shopping mall, or do as they did in the heyday of the Raj and as holiday-makers across India continue to do today: decamp back in time to the kinder, cooler climes of an Indian hill station. Crowded around a deep, green volcanic lake, Nainital is Kumaon’s largest town and favourite hill resort. It occupies a steep forested valley around the namesake lake Naini and was founded by homesick Brits reminded of the Cumbrian Lake District. 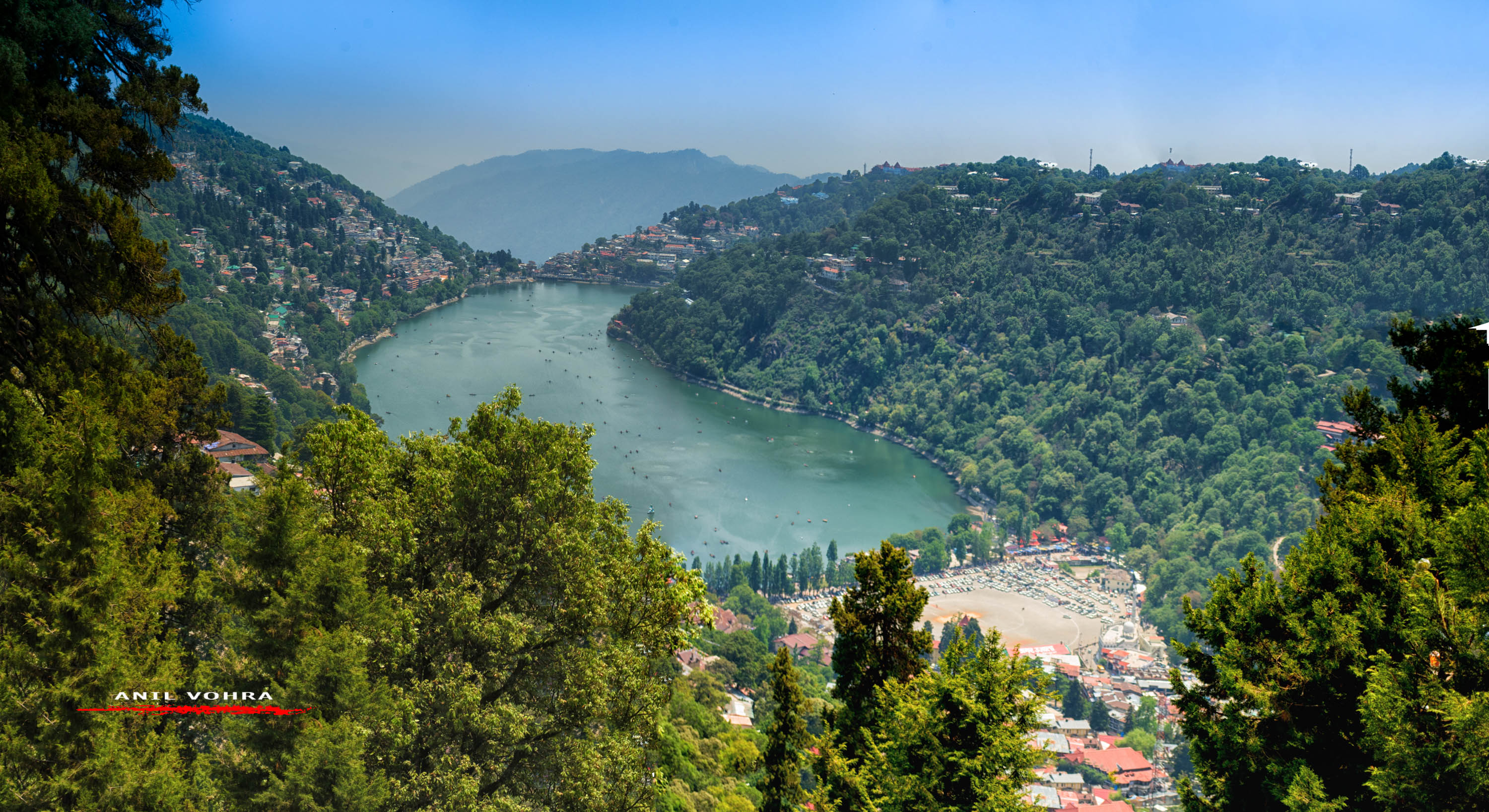 The lower Kumaon hills of Uttarakhand offer comfortably cool temperatures in the summers too and the peaceful town of Nainital has developed around the immense pretty lake. Located at an altitude of 1,938mts above sea level, Nainital derives its name from Naini Lake, a prominent tourist spot of Nainital. The first view of Nainital is so picture perfect that it feels like you’re looking at a postcard and not a real town. The first thing you’d want to do here is touch the emerald waters of the lake. In the day ,mirrored in its waters stand seven proud hills, dotted with pretty cottages and villas . This reflection alone holds one spell bound. More beautiful than this however is the lake at night when the myriads of bulbs from the hill sides and quite a large number hanging near the lake’s edge stab their magic light into its waters. 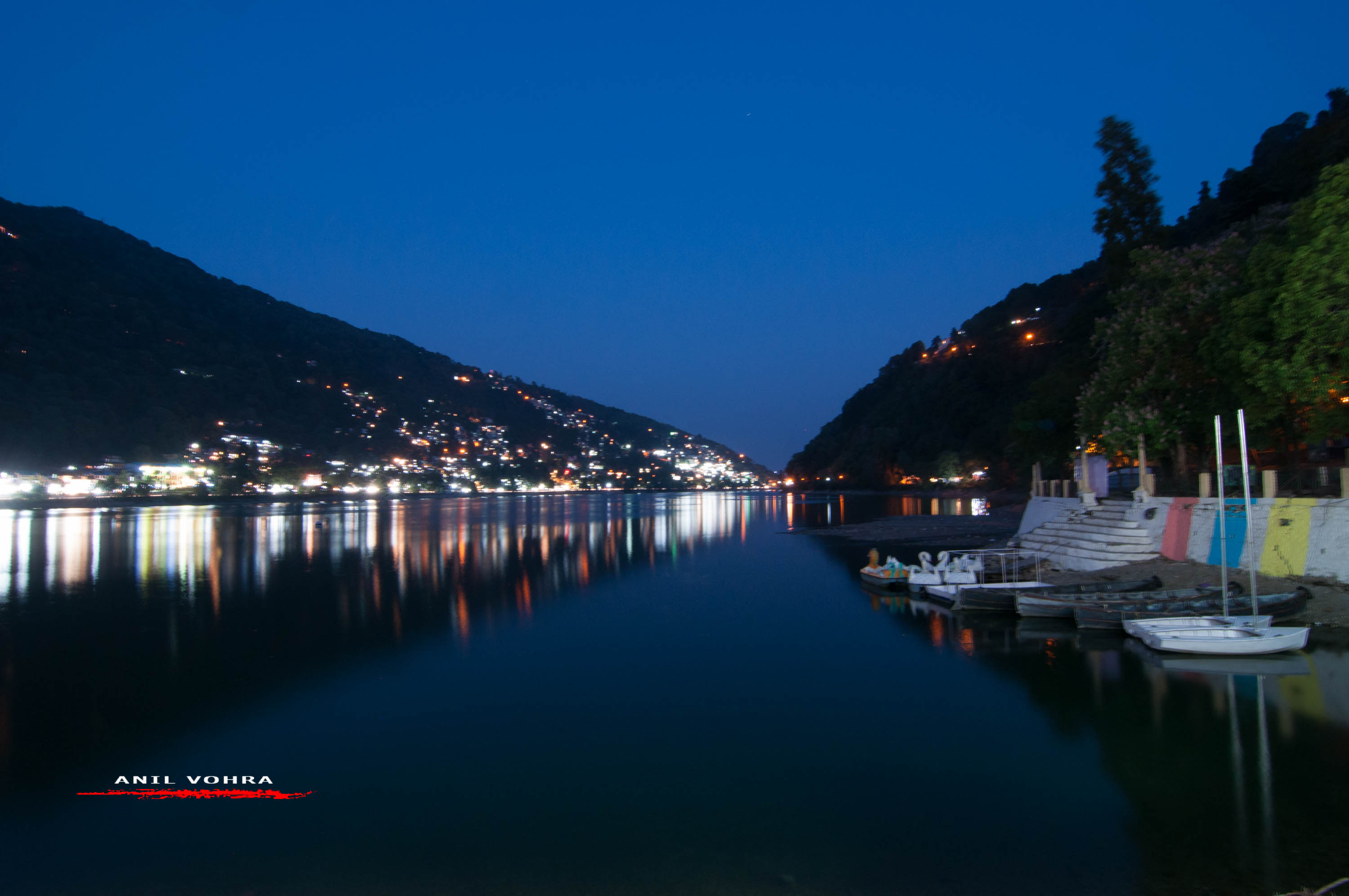 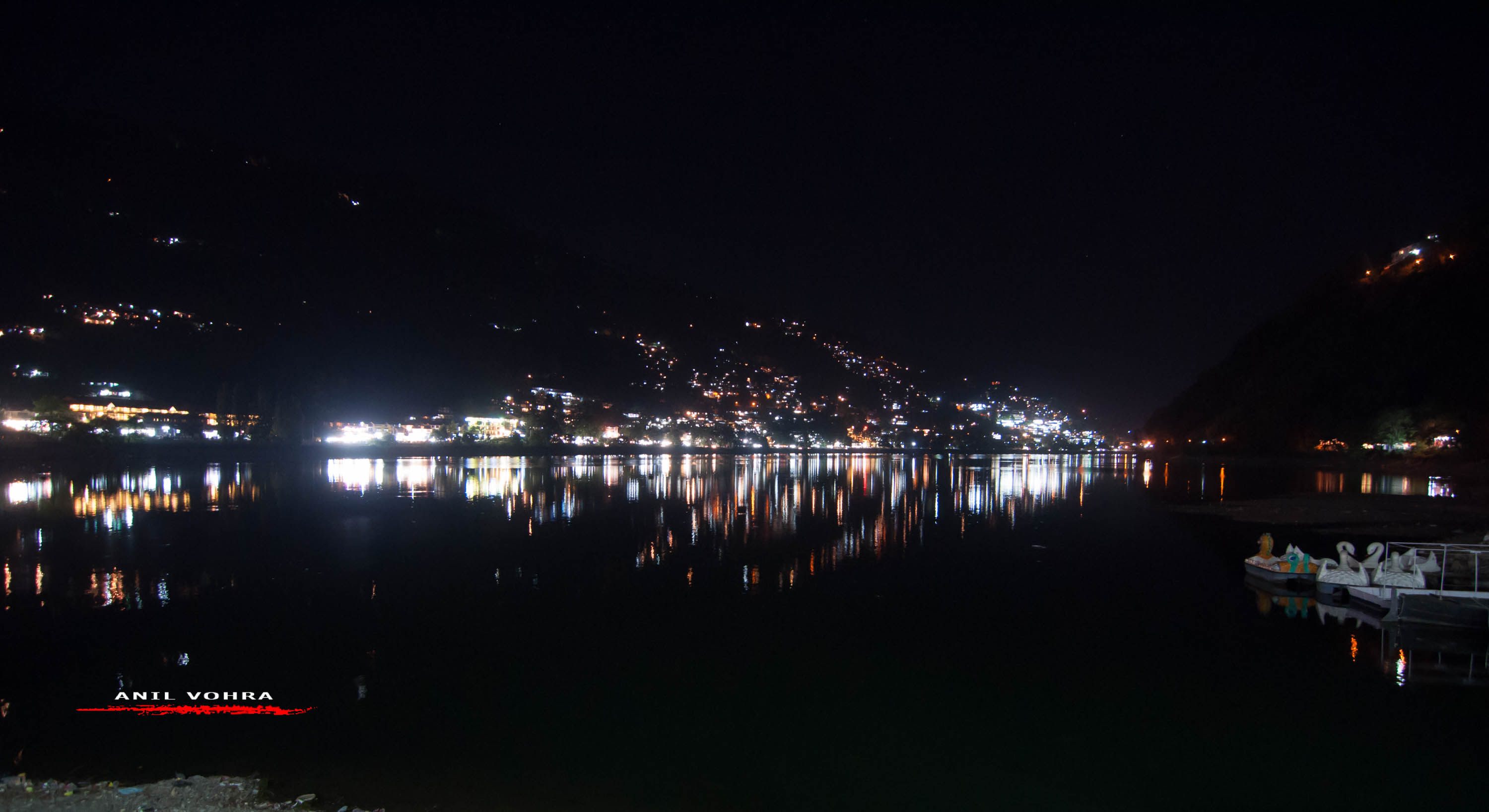 Dotted with lakes, Nainital has earned the epithet of ‘Lake District of India . Naini lake is Nainital’s centrepiece and is said to be one of the emerald green eyes of Shiva’s wife, Sati (naina is Sanskrit for eye) that fell to earth after her act of self-immolation. Naina Devi Temple is on the precise spot where the eye is believed to have fallen. You can walk around the lake in about an hour – the southern side is more peaceful and has good views of the town. 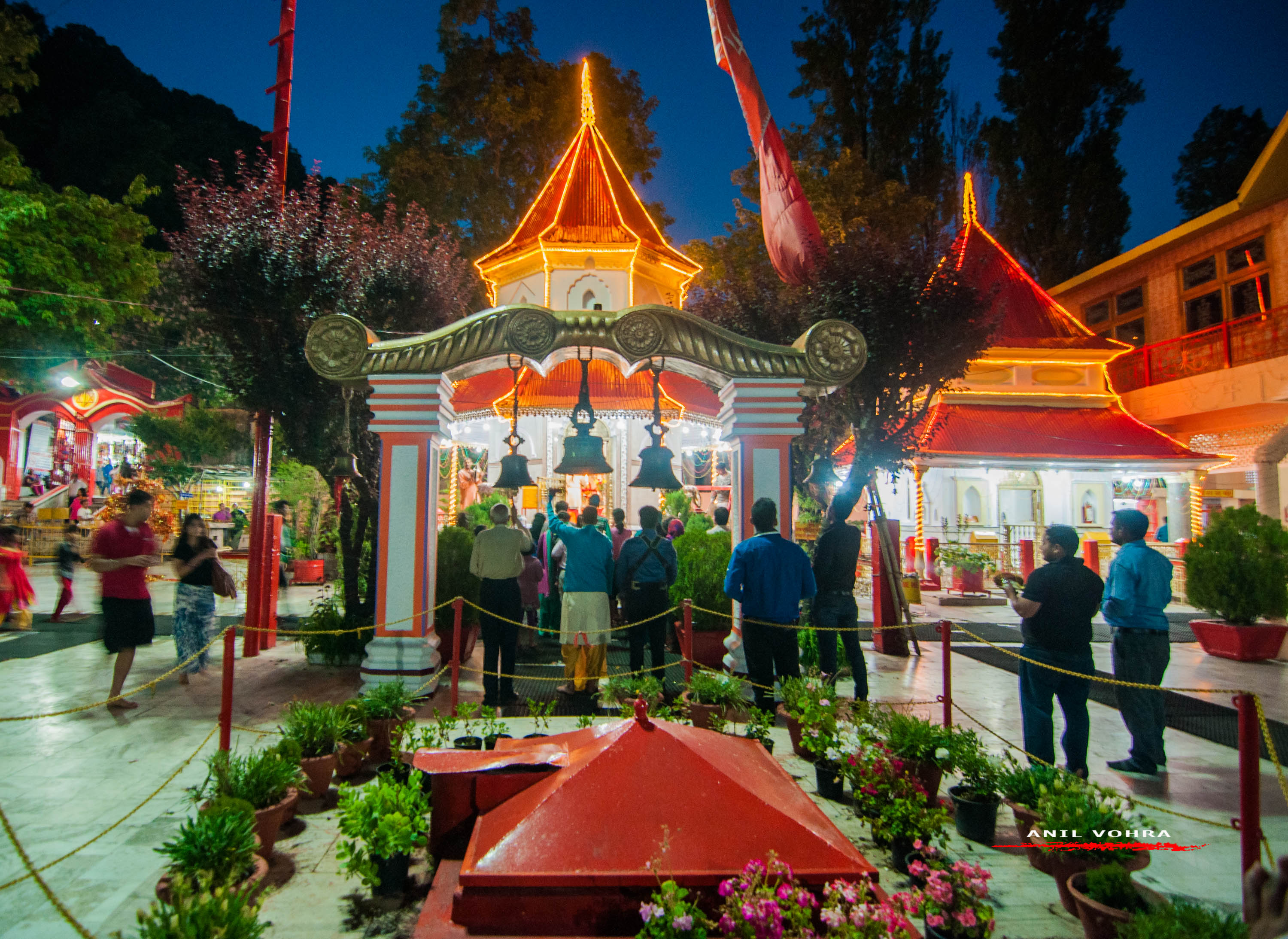 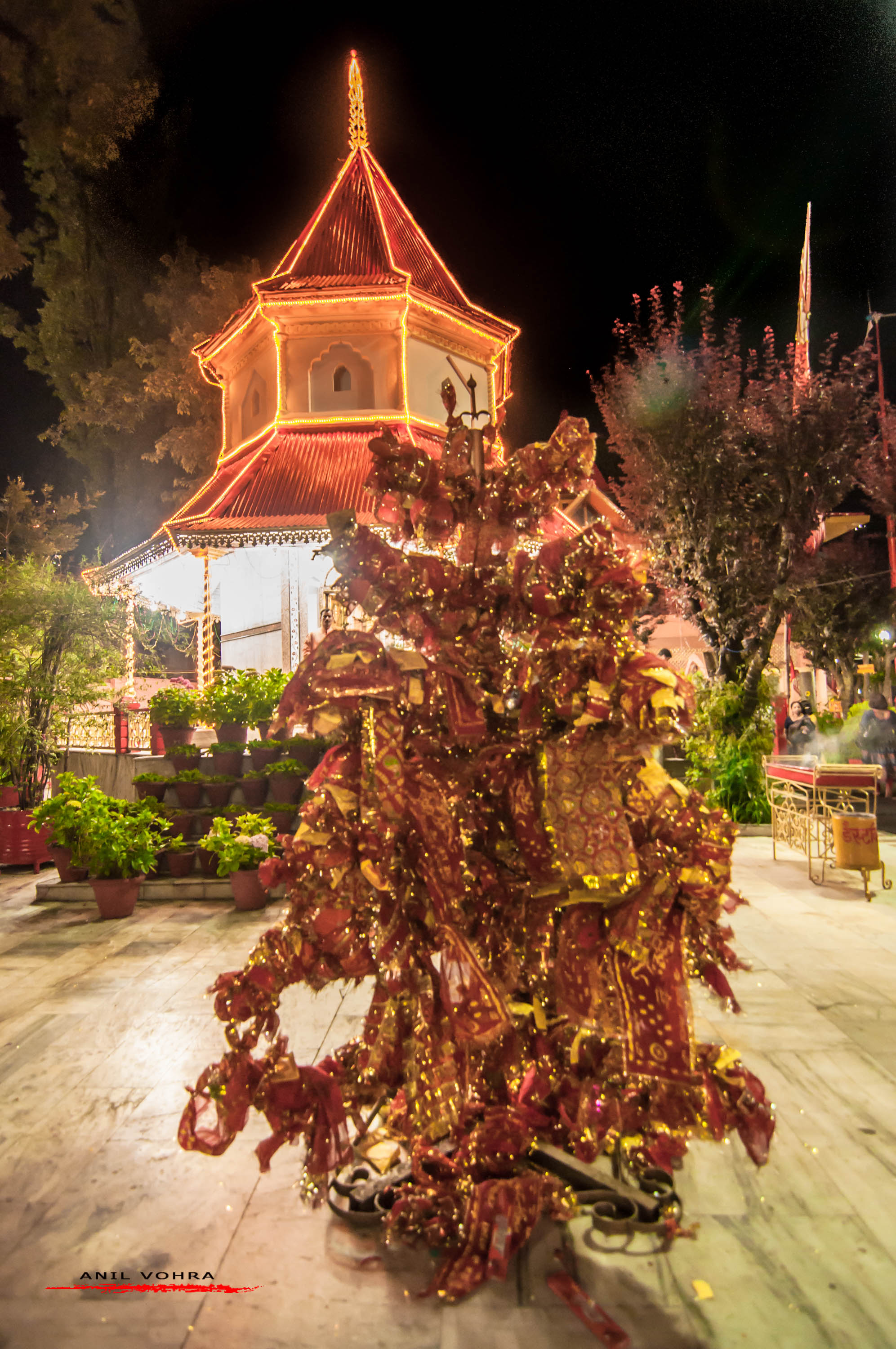 Myth and legend has special mention on Nainital. The Naini temple at the banks of Naini Lake holds a lot of significance especially among the Hindus as it is believed to be one of the 64 Shakti Peeths, where some parts of the burned body of Sati (Parvati) fell here while being carried by Lord Shiva. It is believed that it was the Naini Lake where Lord Shiva performed his tandava. 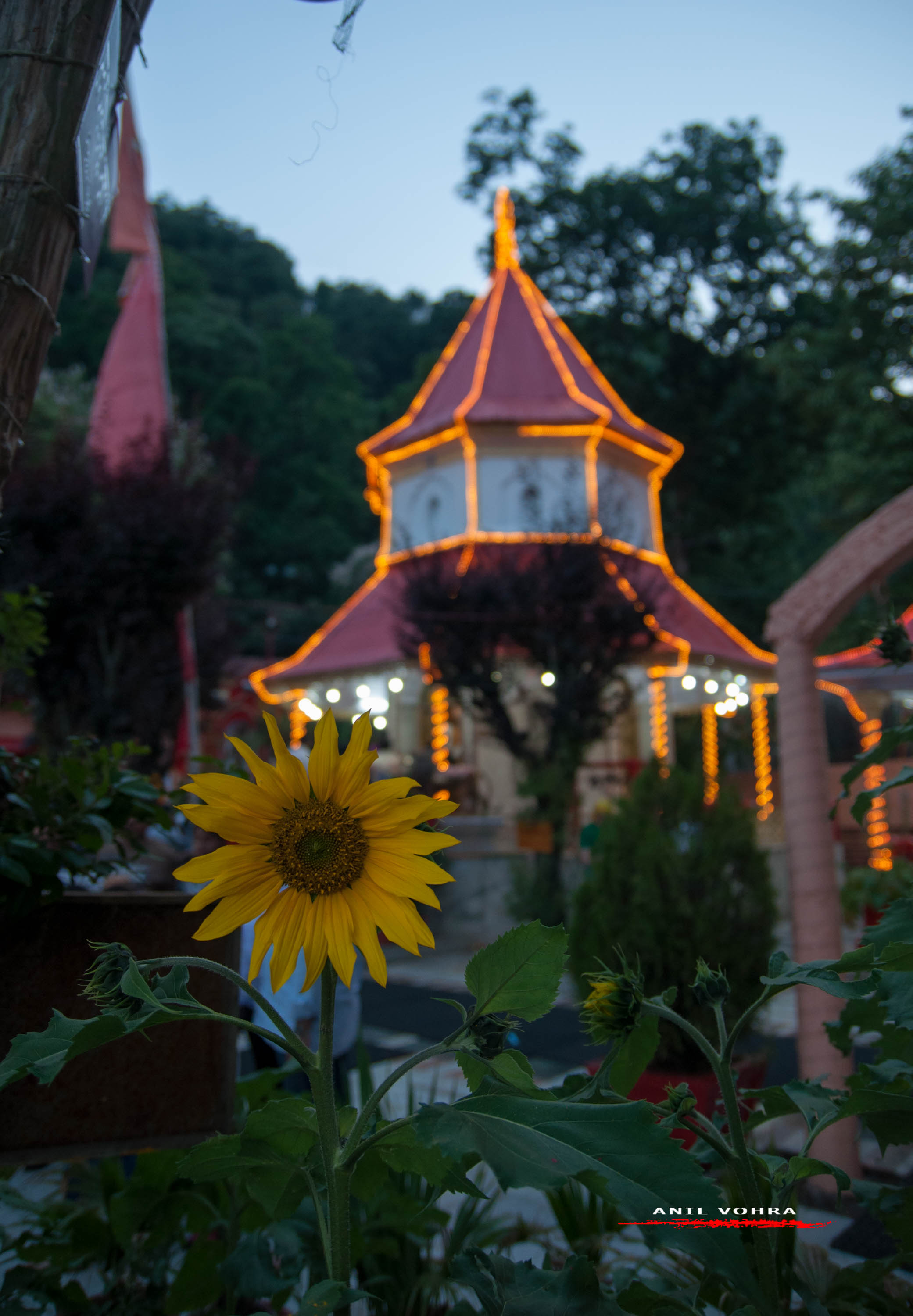 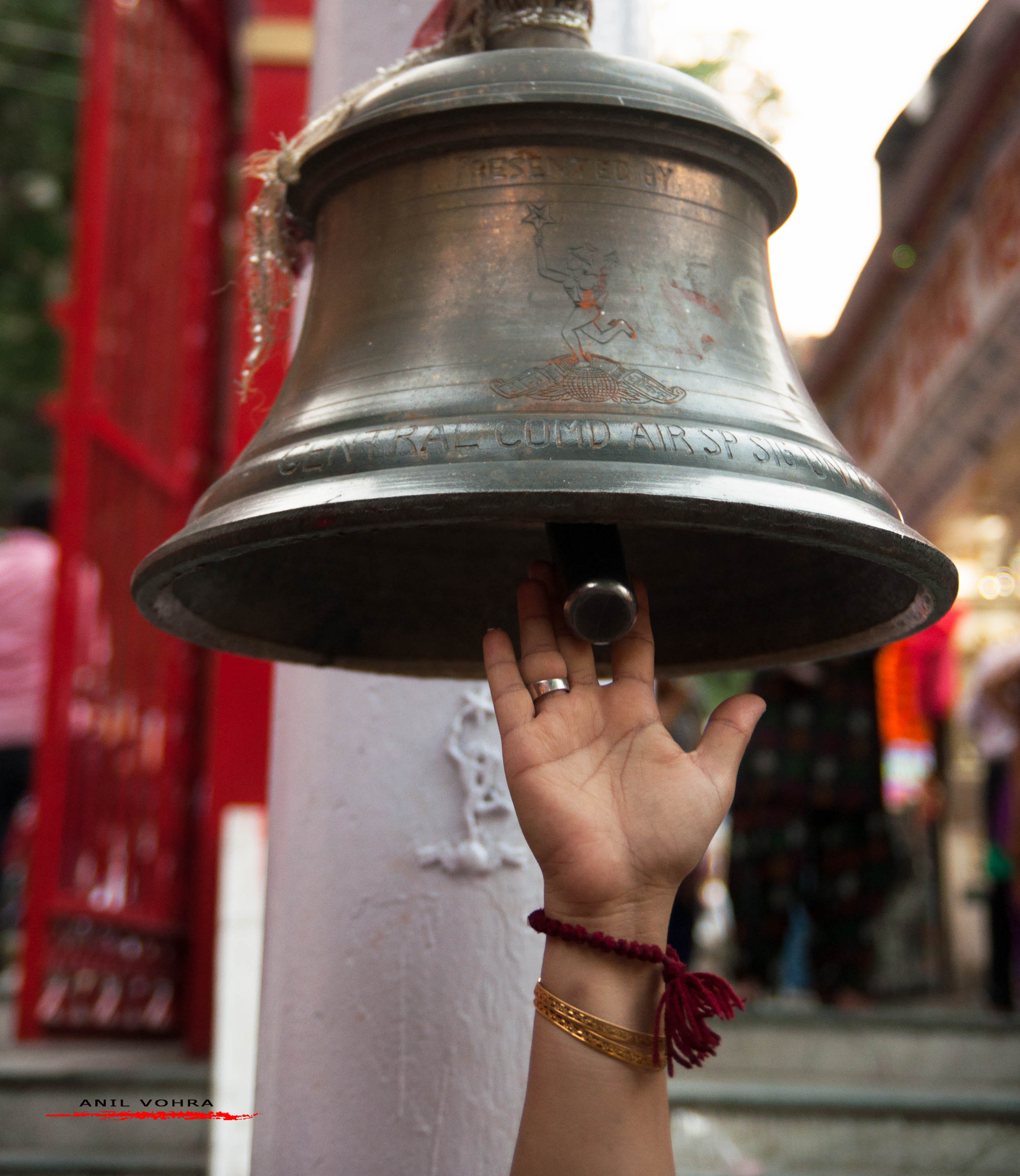 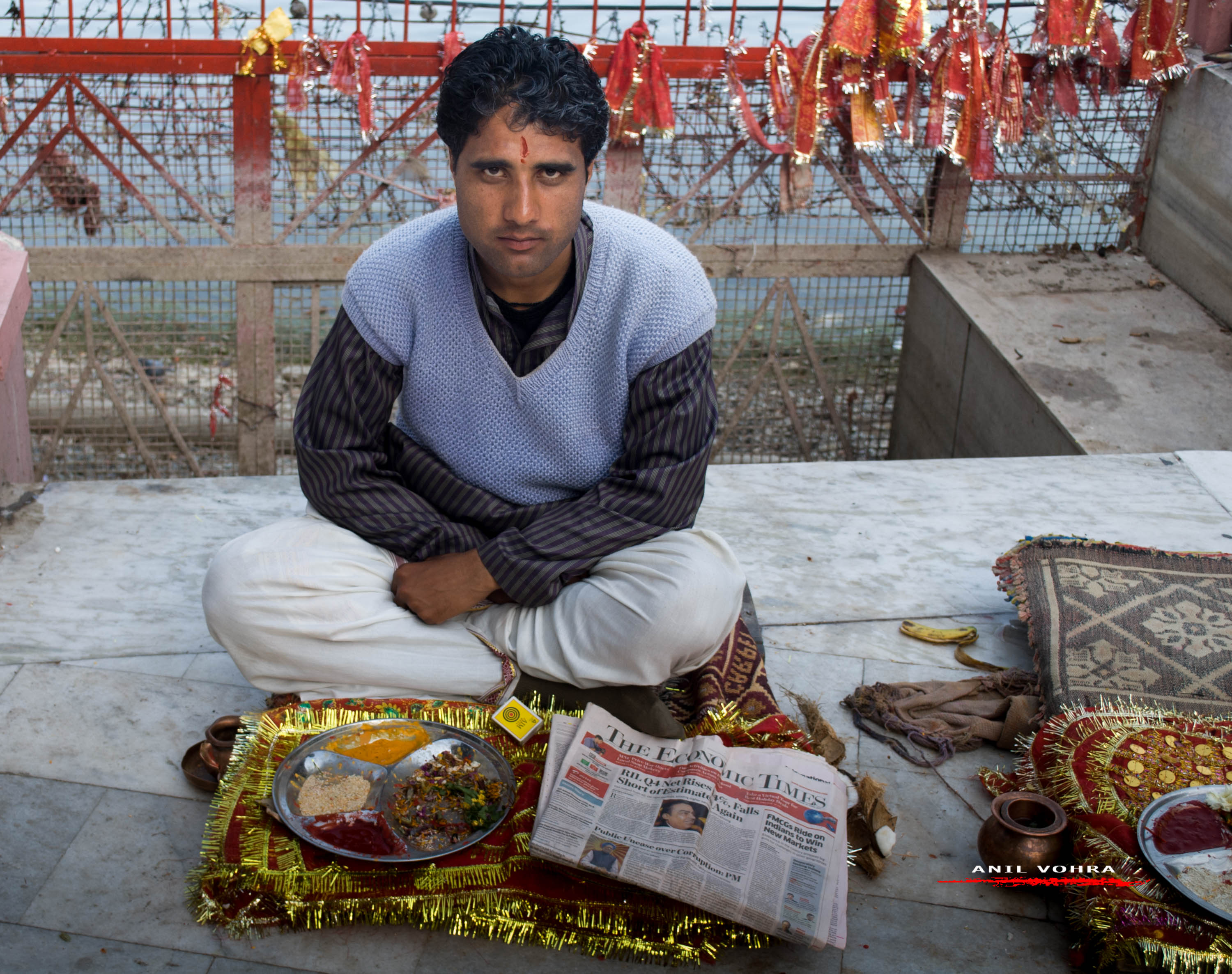 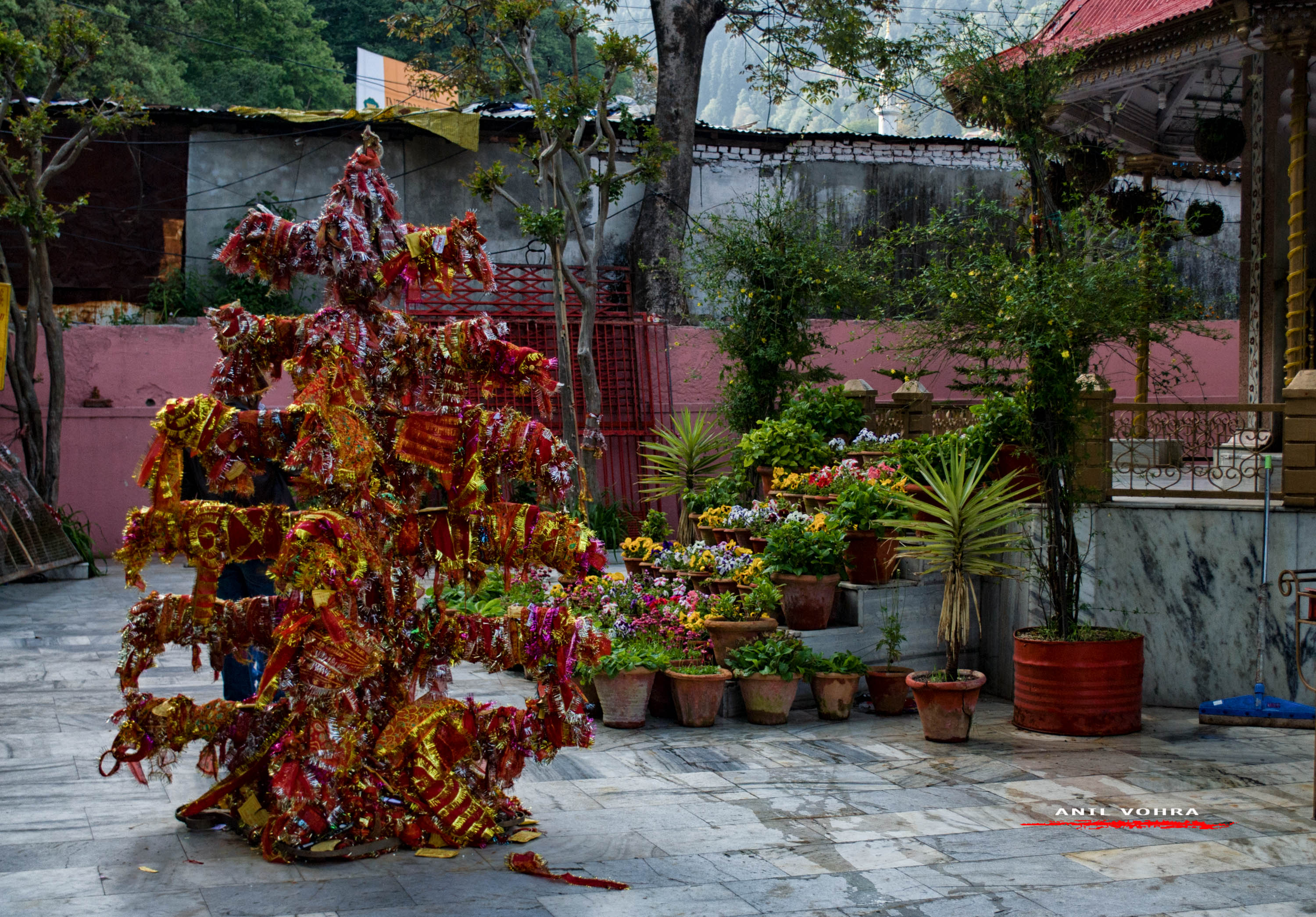 A spider’s web of walking tracks covers the forested hillsides to viewpoints overlooking the distant Himalayan peaks. The Naini peak or the China peak is the highest in Nainital with a height of 2611mts. A cable car runs up to the popular Snow View at 2270m, which (on clear days) has panoramic Himalayan views, including of Nanda Devi. The ticket office is at the bottom. At the top you’ll find the usual food, souvenir and carnival stalls, as well as Mountain Magic , an amusement park with kids’ entertainment including bumper cars, trampolines and a flying fox.A highlight of the trip to Snow View is hiking to viewpoints, the Cheena/Naina Peak, 4km away. Local guides may offer to lead you there. If you want to get up to Snow View for sunrise, hire a taxi. 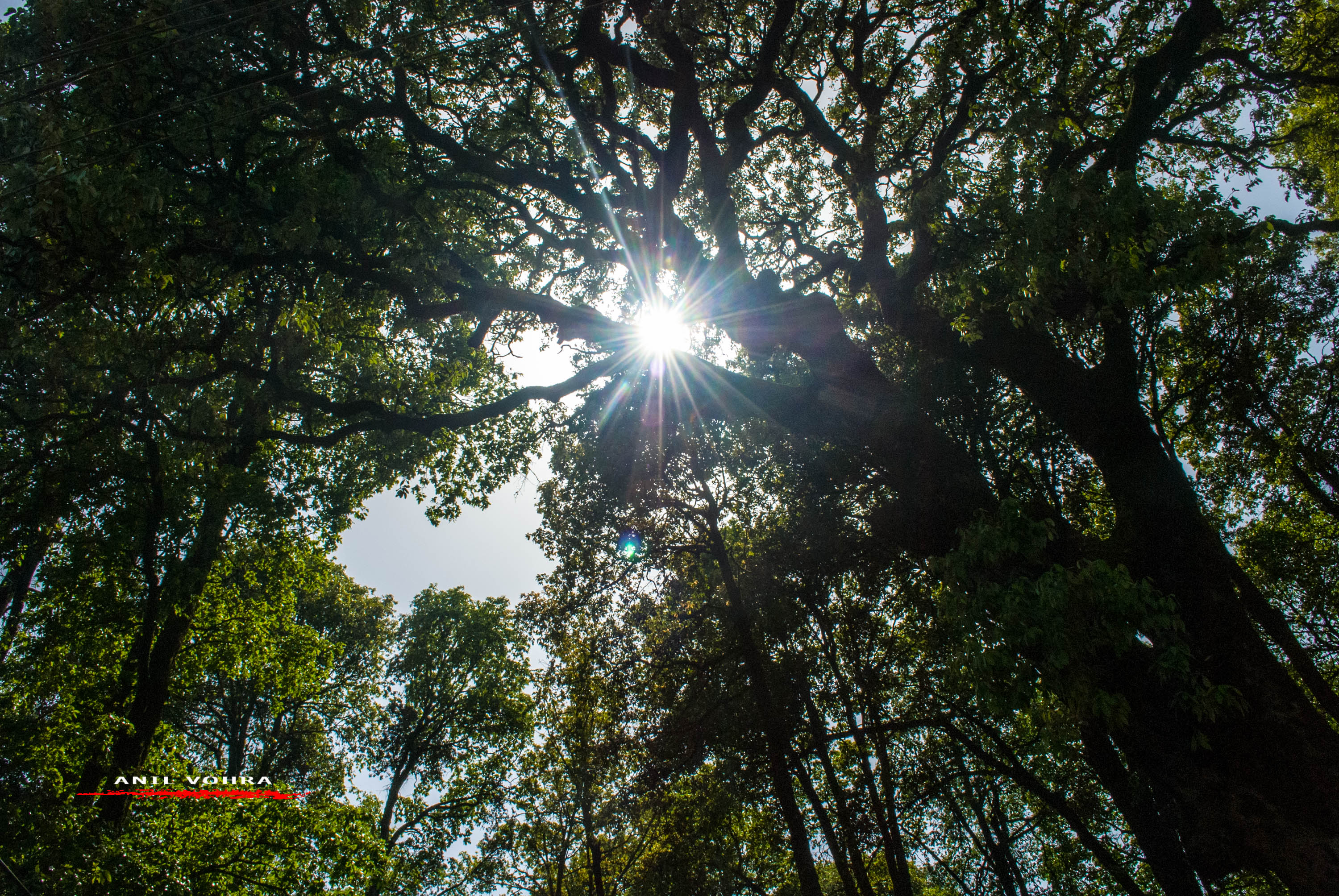 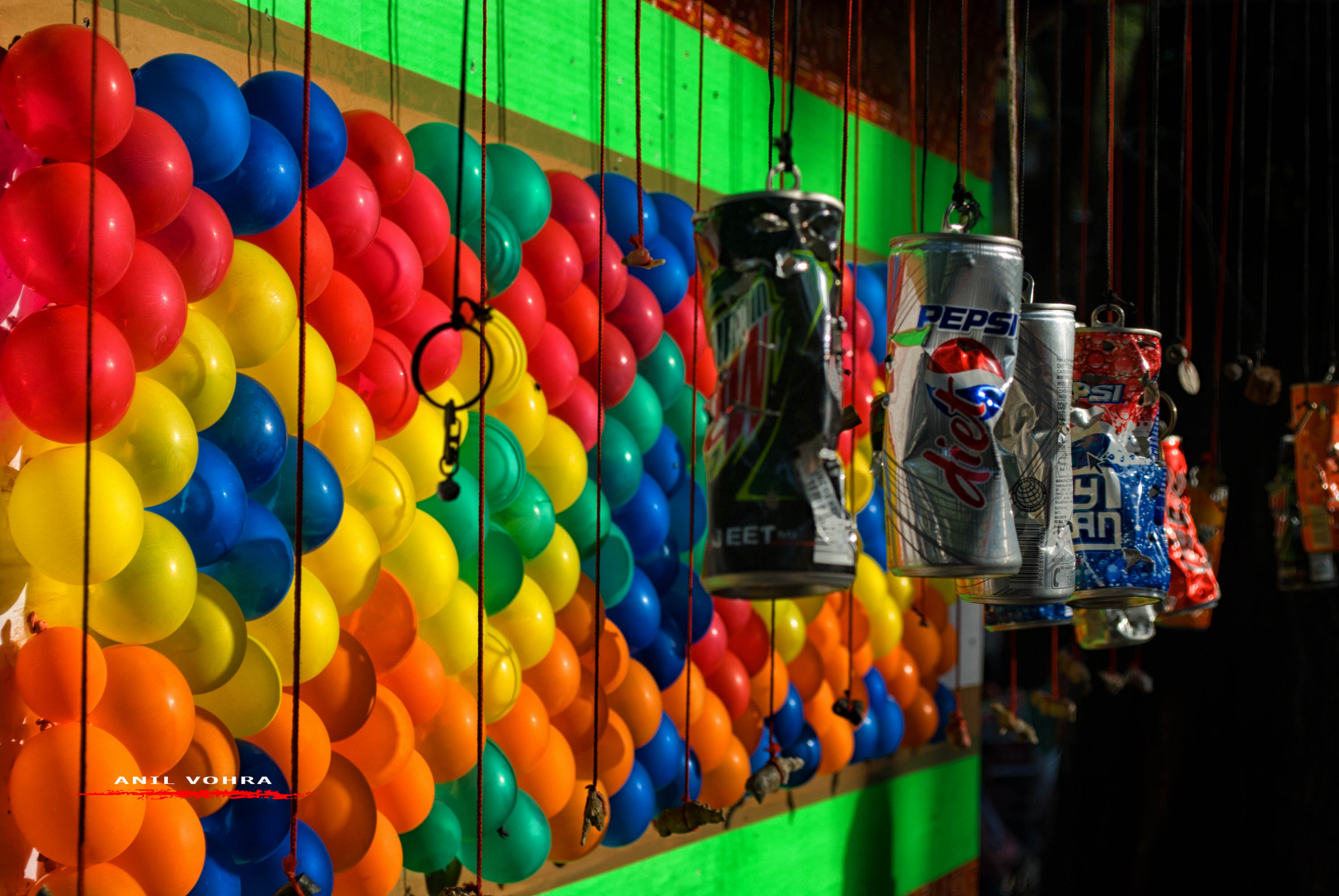 For travellers, it’s an easy place to kick back and relax, eat well, and go horse riding or paddling on the lake. Very quiet and picturesque, its an excellent place to relax to wash your city blues. Paddle, row or sail with the winds, the options are all there. 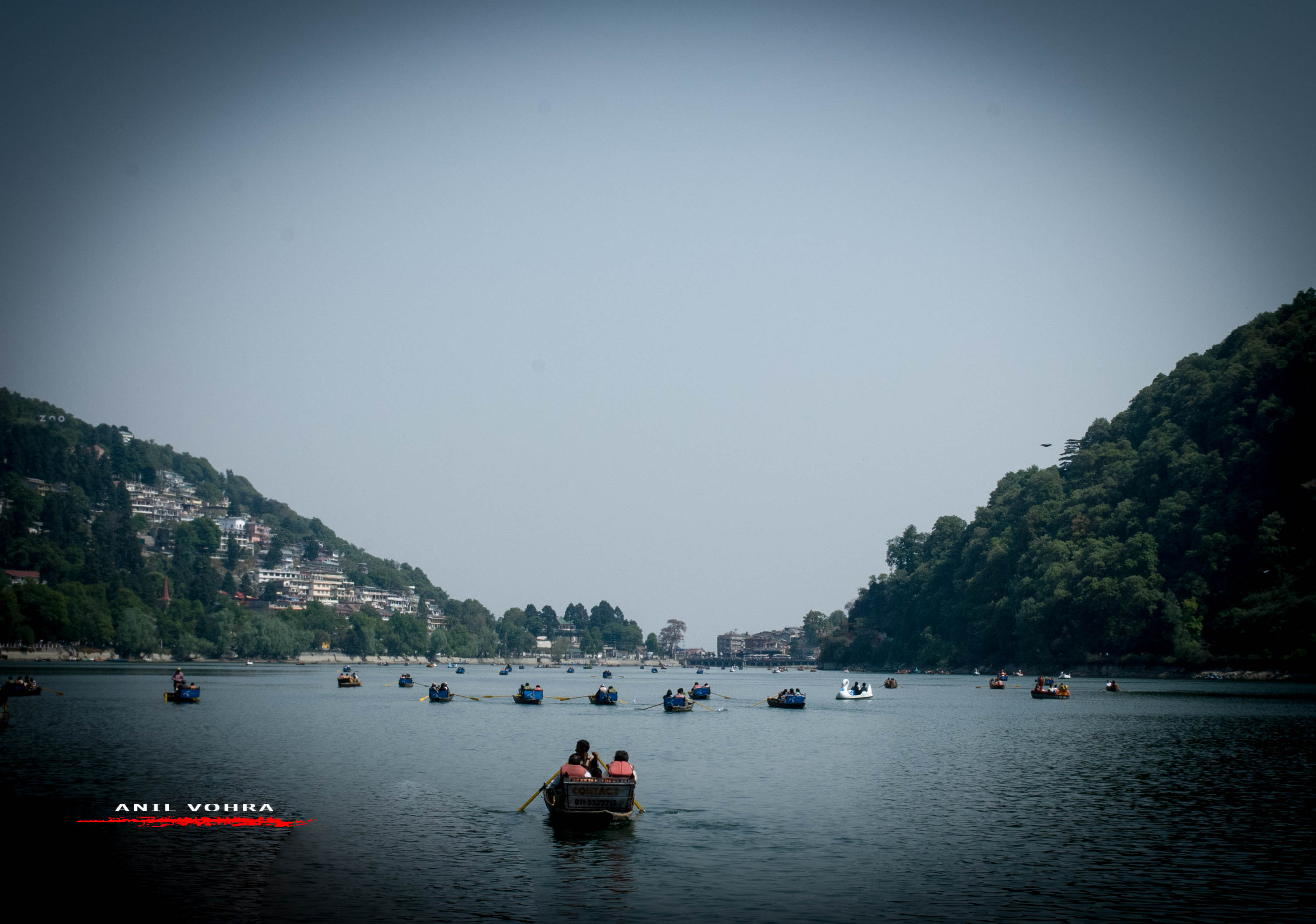 At the southeastern end of the lake is Tallital (Lake’s Foot) where you’ll find the bus stand, mosque next to the parking ground and the main road heading east towards Bhowali. 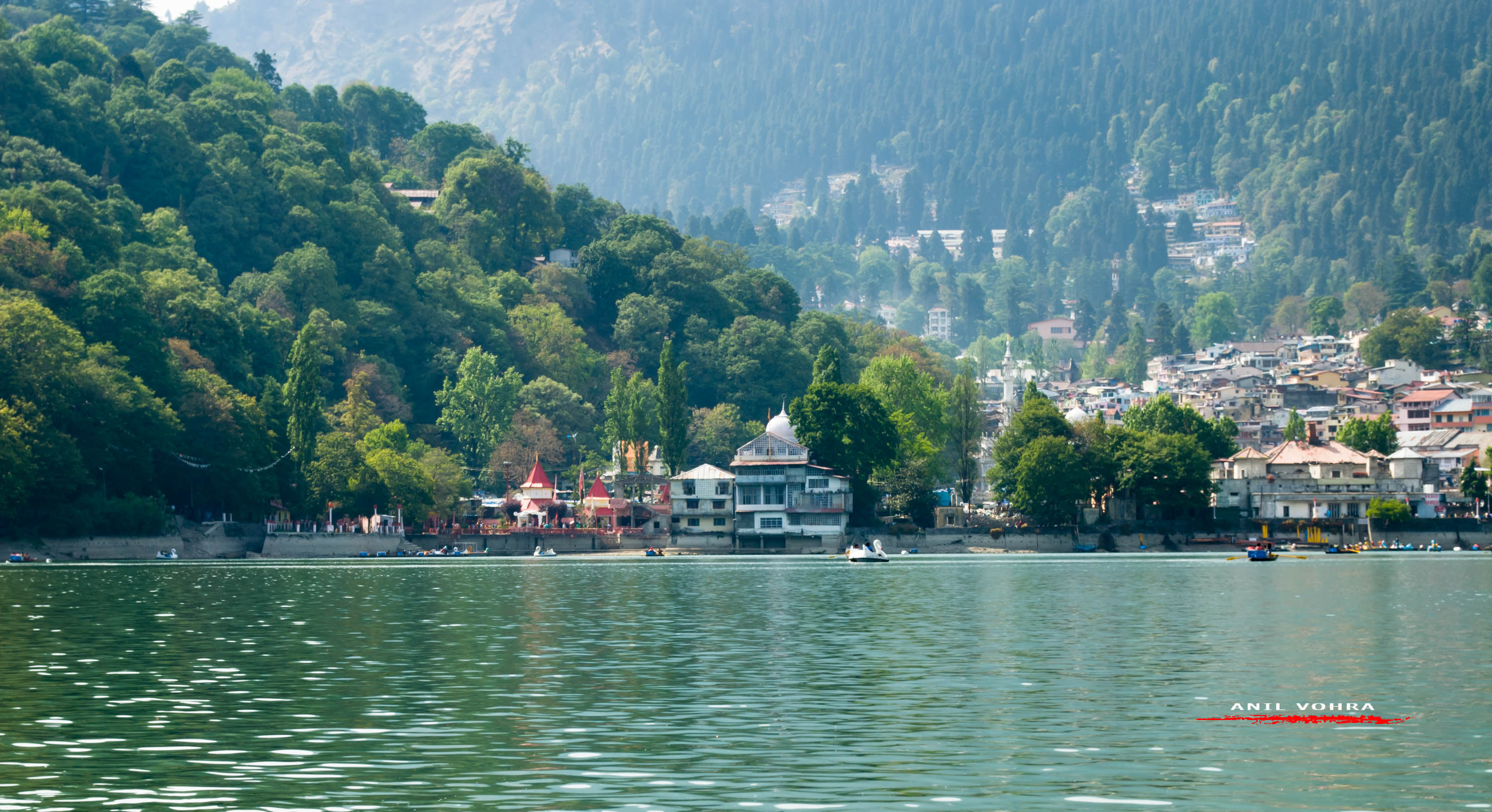 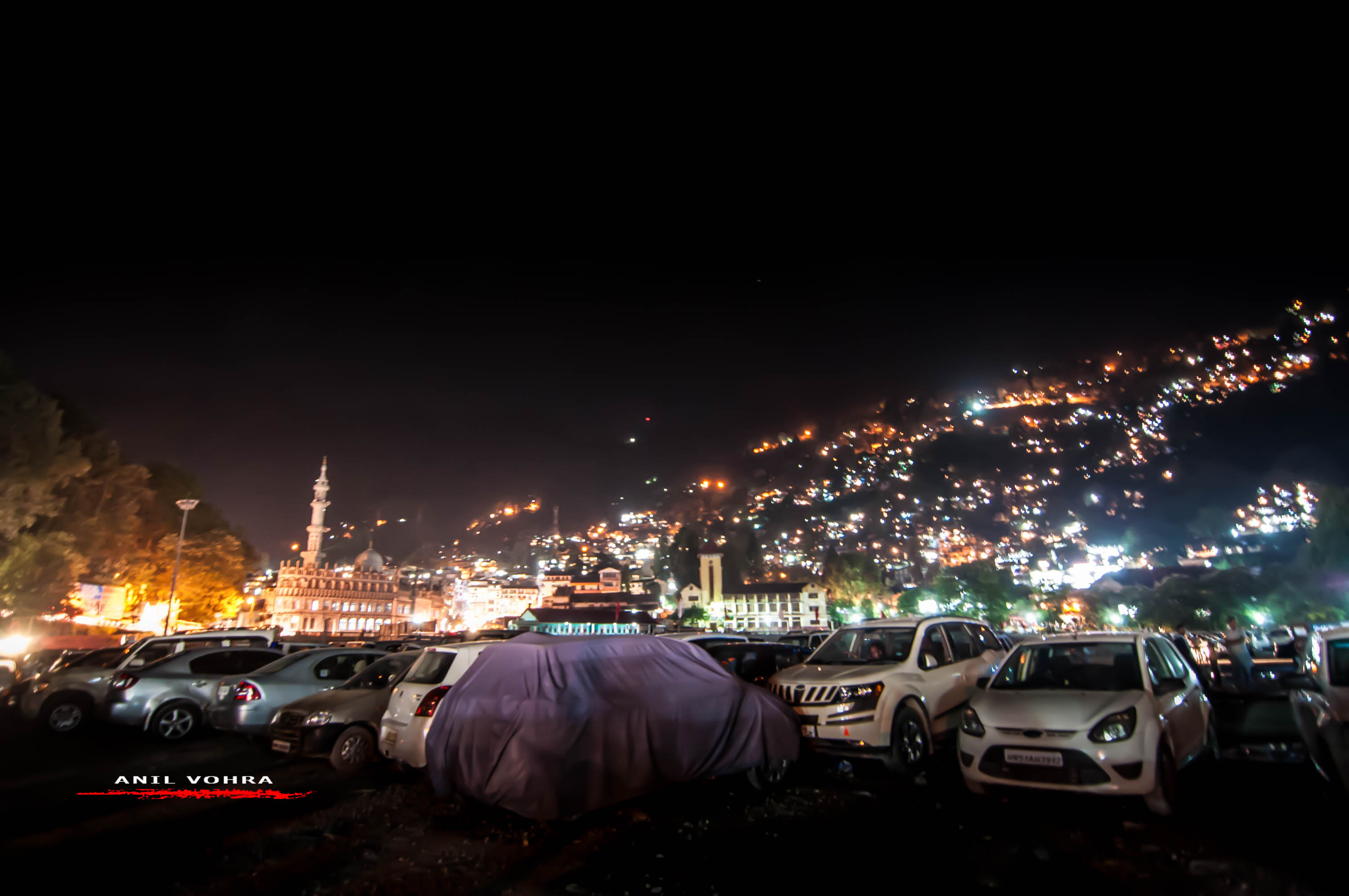 Nearby the Naini temple is the St. John’s Church, Jama Masjid and a Gurdwara. The Gurudwara Shri Guru Singh Sabha is just beside Tibetian market and Naina Devi Temple, you can spend some time here for relaxing and enjoying nice ambiance of the place.

The Jama Masjid was built in 1882 during the British Era for muslim around Nainital. Over the main entrance one can see Arabic inscriptions. The most notable feature is the mihrab where a niche shows the direction towards Mecca. The mosque was reconstructed in 2004-05 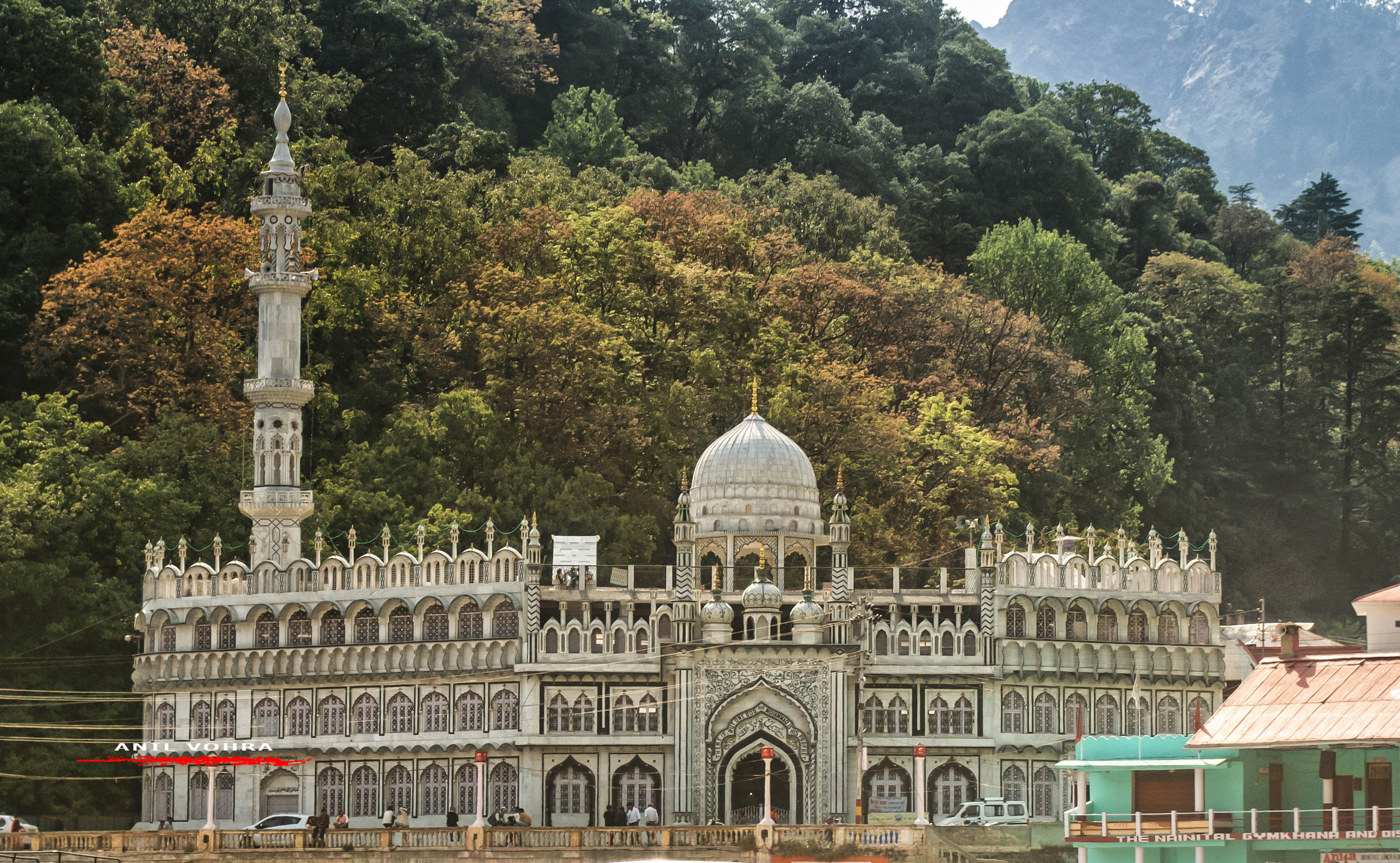 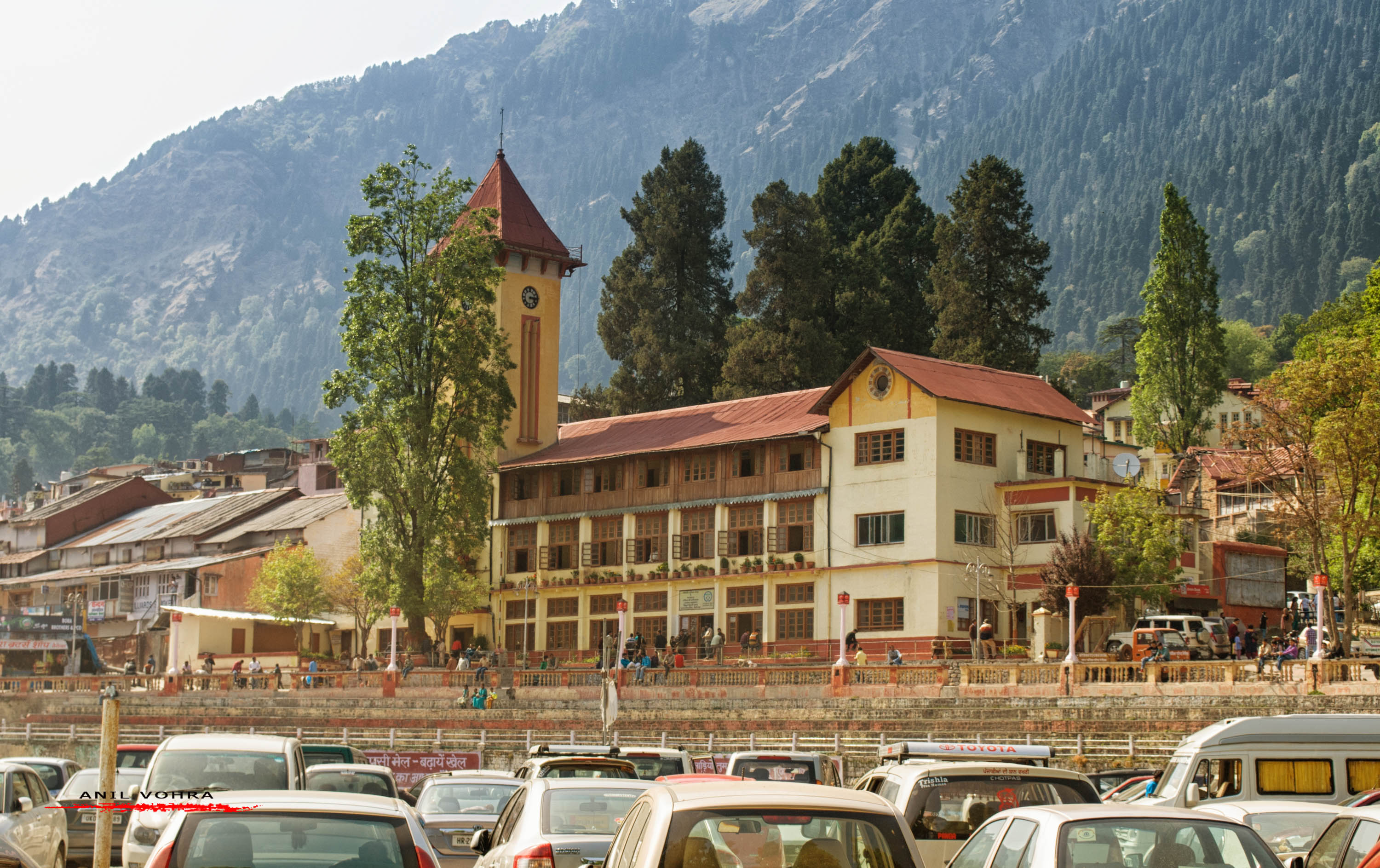 Something’s can’t be explained like why does every hill station need to have a main road called ‘The Mall’. Nainital is no different  and the mall is  is shopping promenade around  the lake.  Constructed in a very imperial style with immaculate shops on one side and park benches facing the lake on another, you can shop for winter clothes, wooden crafts and candles here. 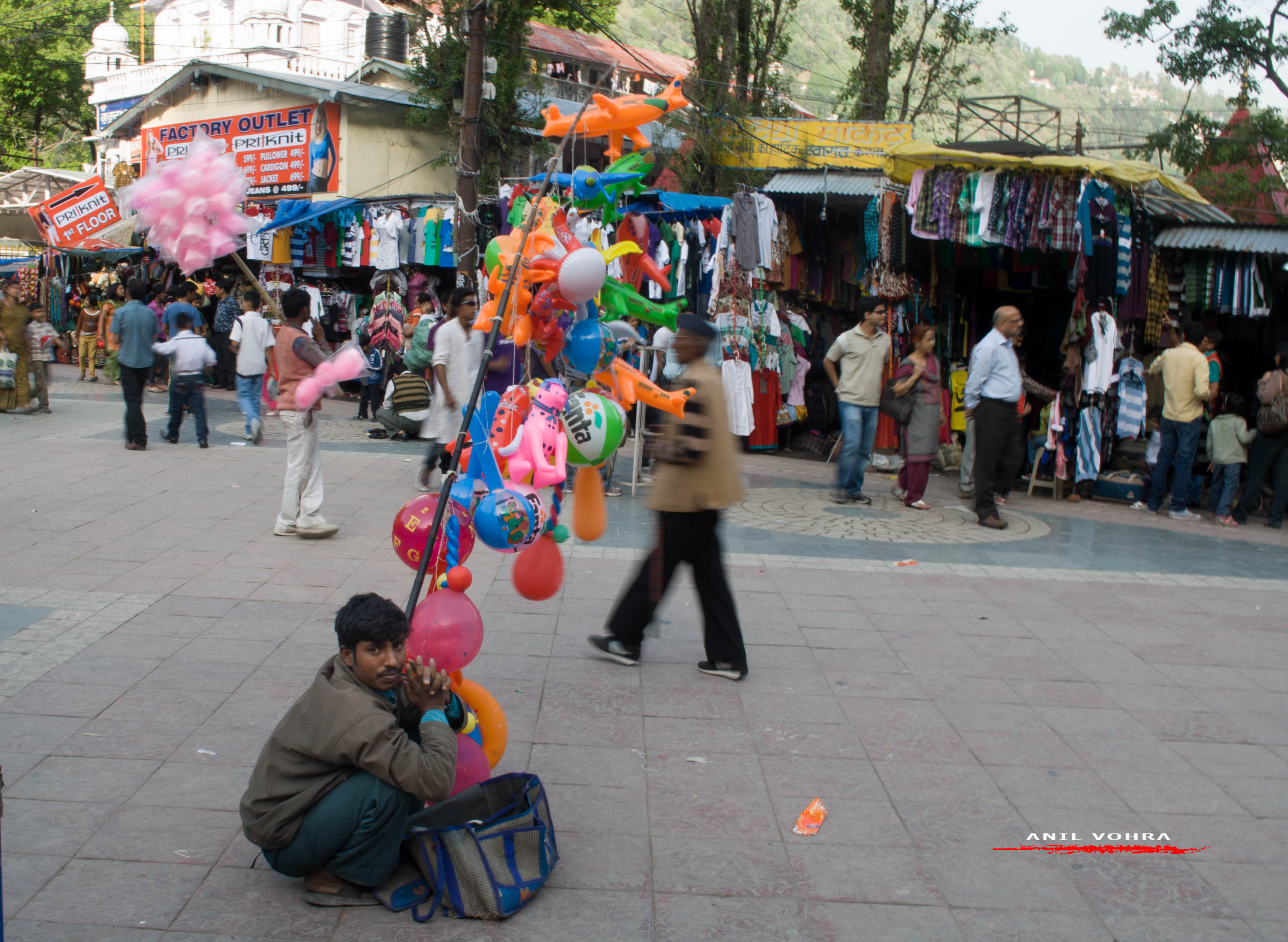 On the other end is Mallital (Lake’s Head) located at the northwestern end of the lake. The Mall which has the most shops,  hotels, guest houses and restaurants are strung out along the road between Mallital and Tallital. Vehicles are not allowed on the  Mall during day as it gets packed to the gills with holidaying families and honeymooners, with hotel prices skyrocketing during tourist seasons

A 4km walk west of the lake brings you to Tiffin Top (2292m), also called Dorothy’s Seat. From there, it’s a lovely 30-minute walk to Land’s End (2118m) through a forest of oak, deodar and pine. Mangy horses gather 3km west of town on the road to Ramnagar to take you on rides to these spots. 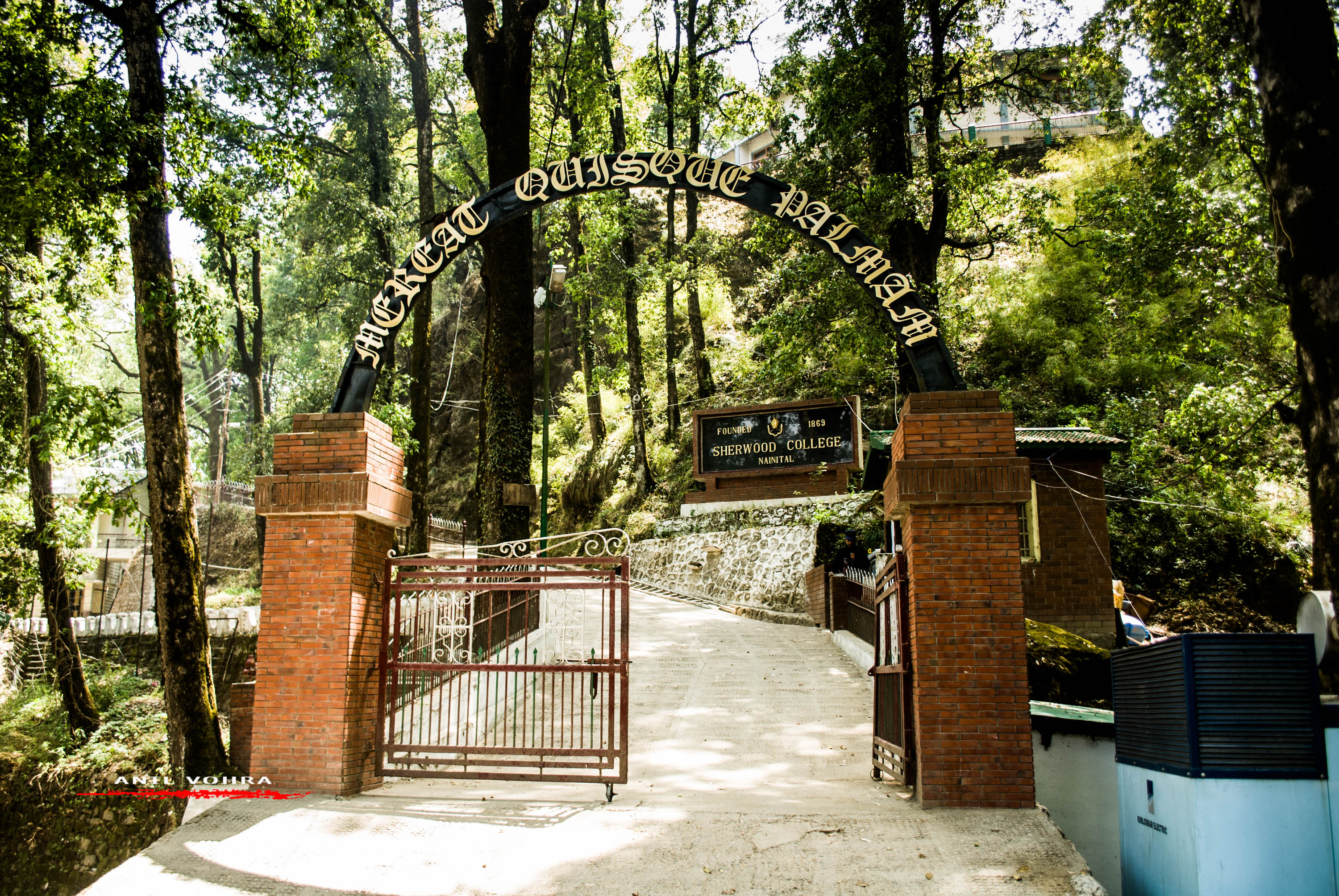 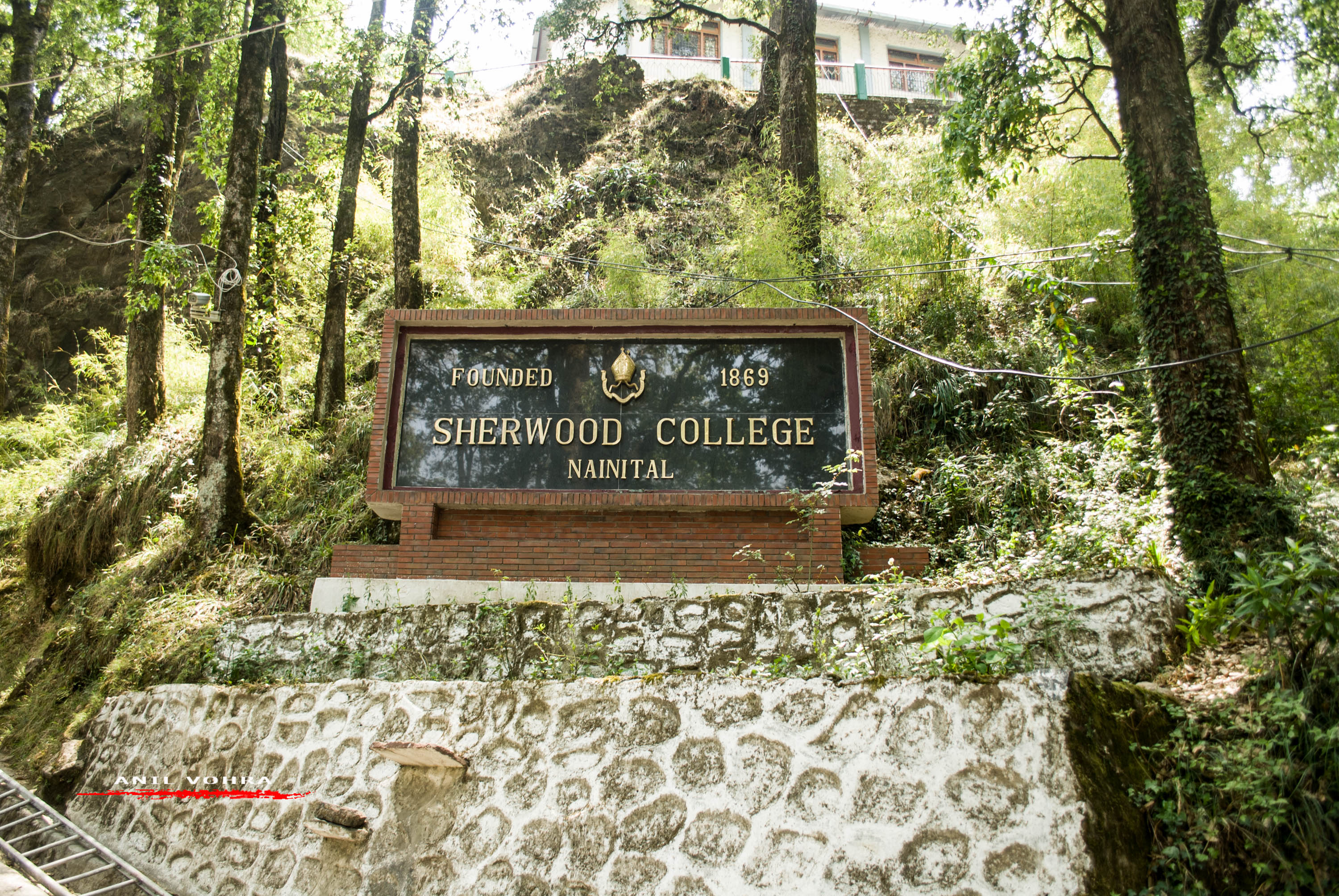 Also take a drive up to Ayarpatta hills (one among the seven hills that boundary Nainital Lake) to visit the Sherwood college, one of the premier institutions India which boasts of alumni like Field Marshal Sam Manekshaw and superstar Amitabh Bachhan. Established in July 1867, it was a mixed school started by Miss Bradbury, later on it was separated for boys in 1869. The school was shifted to the present location in Ayarpatta Hill in 1897. 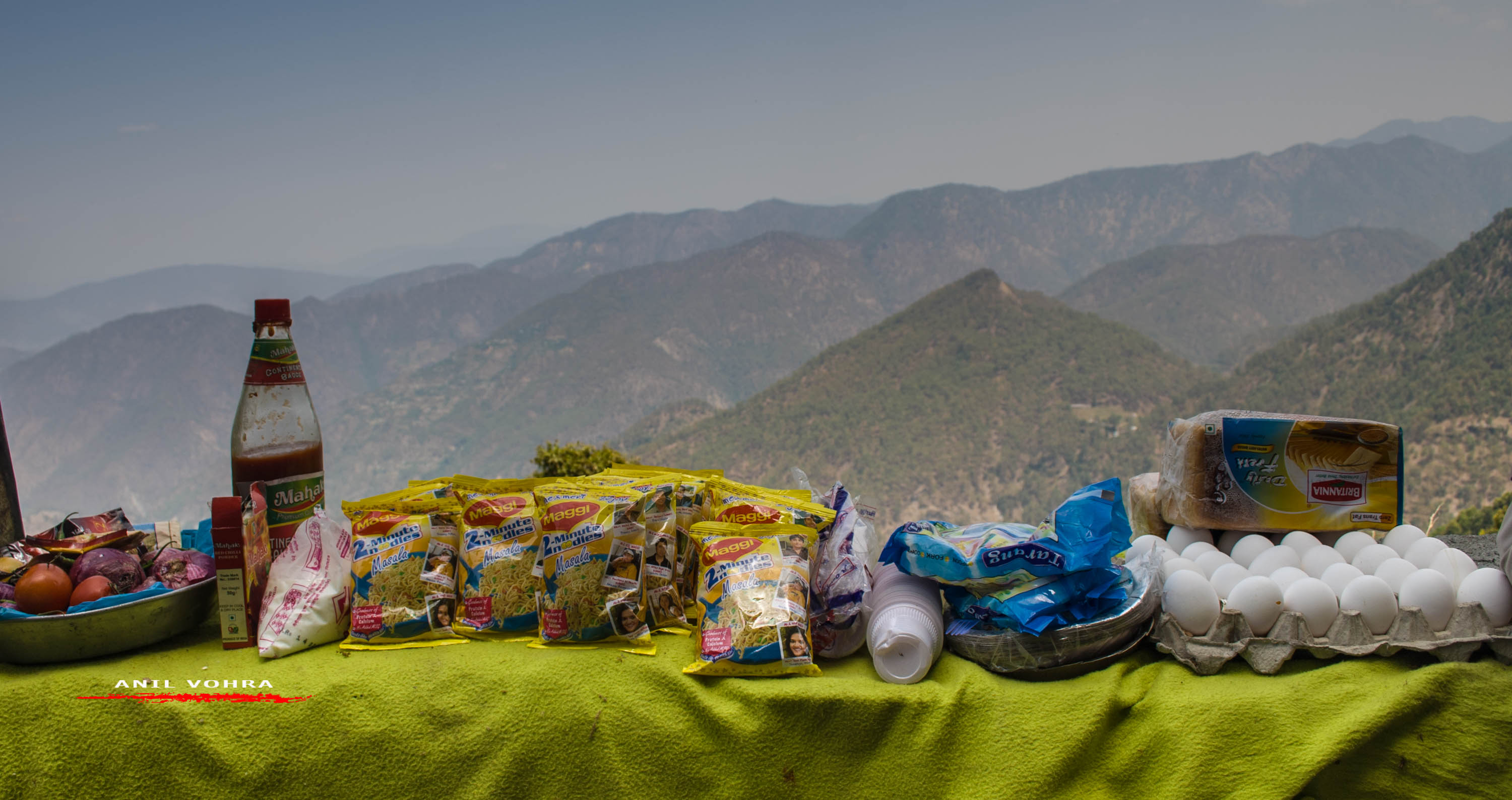 Maggi is the widely acknowledged national snack of India and not to forget, most hill stations and remote areas have Maggis which tourists flock-in to relish.  Stopover for some Maggi at a famous Maggi Point and a delightful bread omelet with oodles of butter. The corner stores surely know how to serve it right. 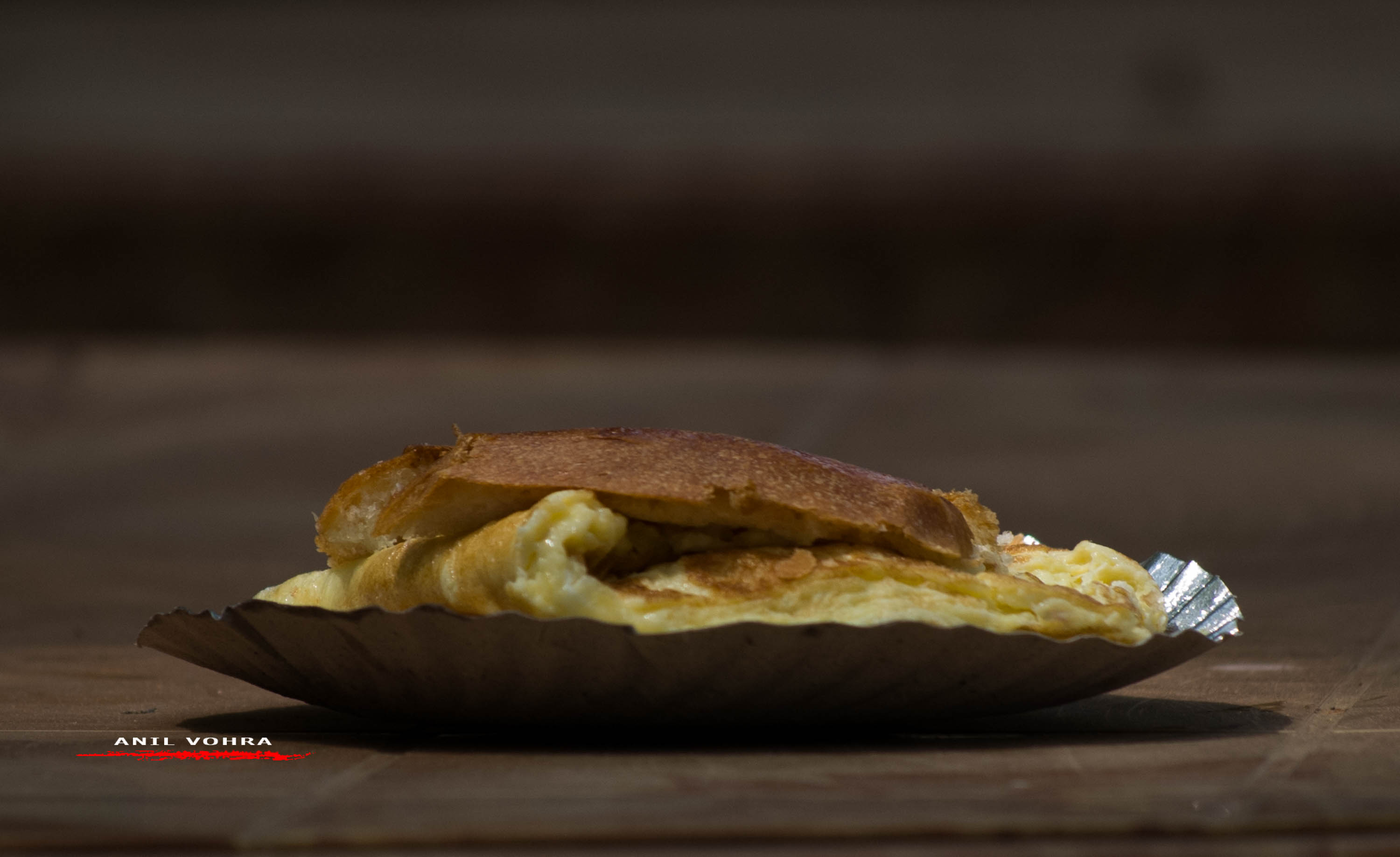 Nainital is place where one can enjoys shopping with fun and sightseeing. Shops in Nainital offers various items to shop but decorative candles are better turned up as fine memento for anyone trip to Nainital. Visitors often take these locally made candles comes in variety of colors, aroma, themes and shapes. Other things to buy in Nainital are Jewellery, ethnic clothing, classy scarves, Himalayan bags, Handicrafts, Wooden Crafts, Cane Sticks, Kashmiri Pashmina, Shawls, Pullovers, Woollen Caps, Local Juice, Jams and Squashes, Decorative pieces made from wood. 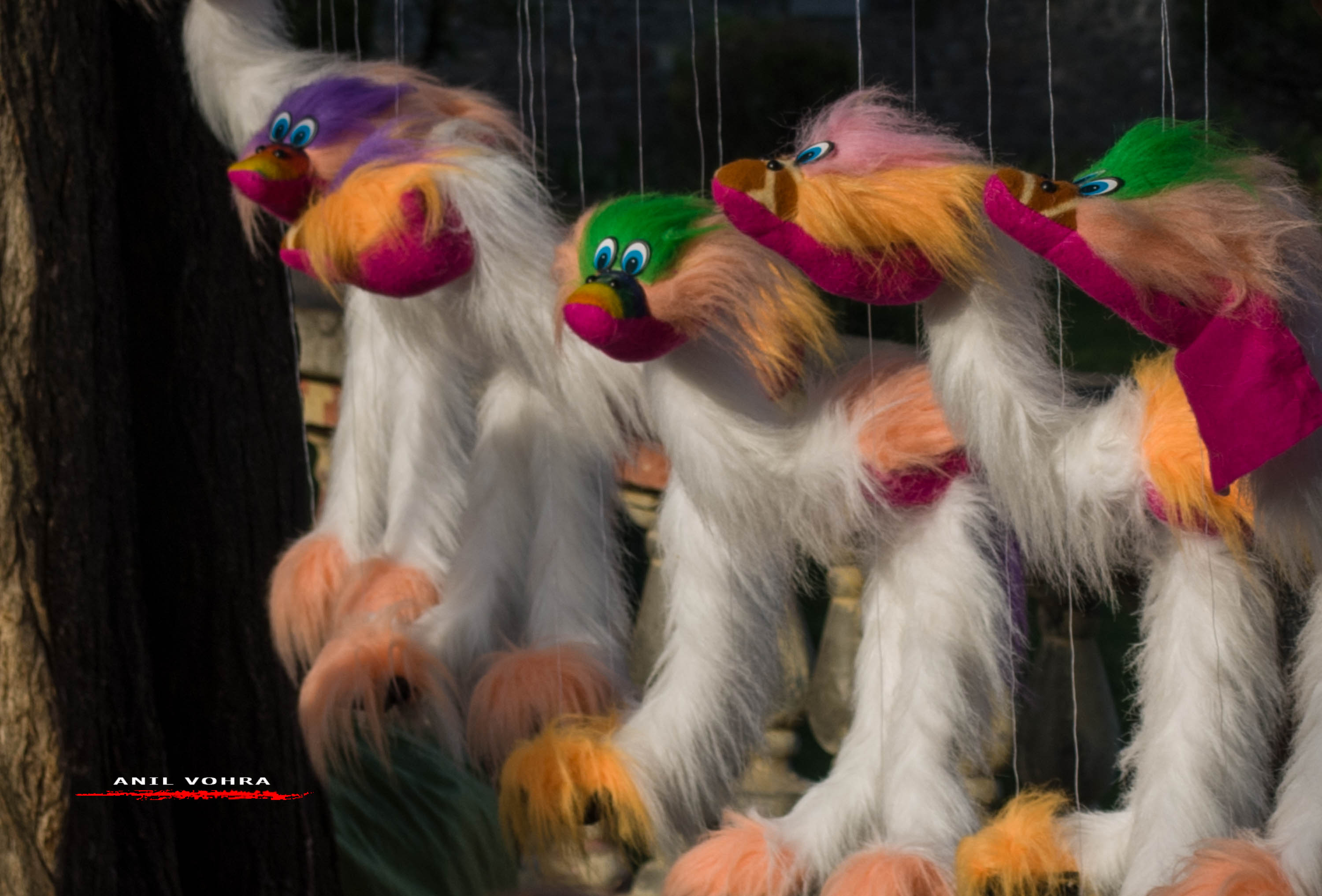 Nainital is fairly well connected by road and rail. Driving to Nainital from Delhi takes about 7-8 hours approximately on the well maintained NH 24. You can also take a train up to Kathgodam or Ramnagar and then hire a cab to take you uphill.

4 thoughts on “Nainital – The Queen of Kumaon”