Built between 1906 and 1921, to commemorate Queen Victoria’s 25-year reign in India and diamond jubilee in 1901. After the Sepoy Mutiny of 1857, the British government gathered the reins of control of the country directly, and in 1876 the British parliament made Victoria the Empress of India.But construction wasn’t completed until nearly 20 years after her death. 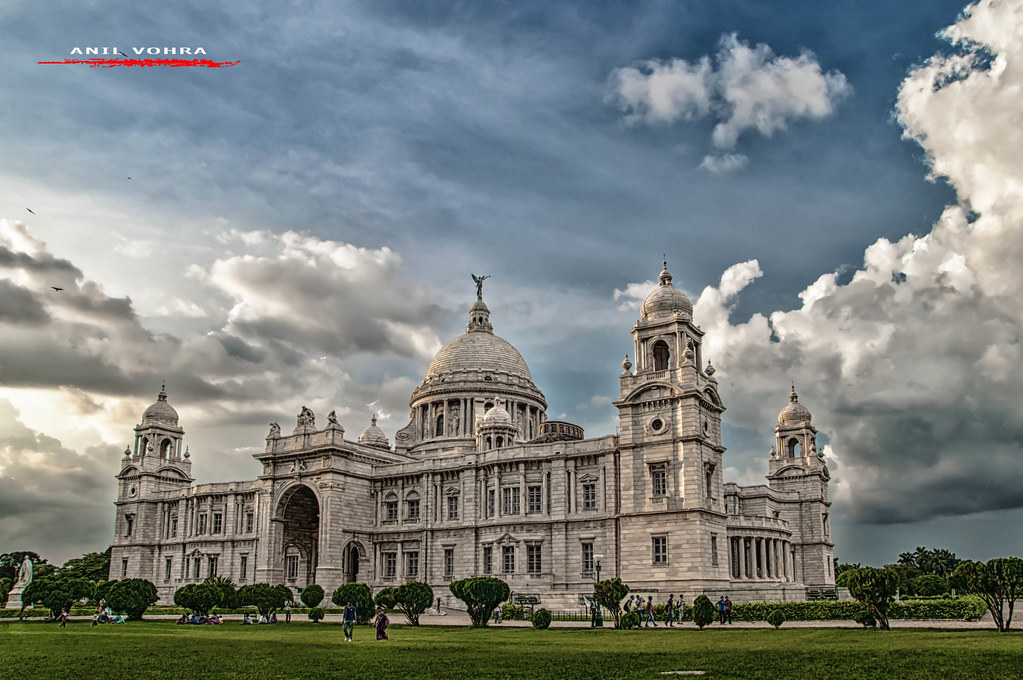 The design is in the Indo-Saracenic revivalist style. This style uses a mixture of British and Mughal elements as well as Venetian, Egyptian, Deccani and Islamic architectural influences.The building is 338 feet (103 m) by 228 feet (69 m) and rises to a height of 184 feet (56 m). It is constructed of white Makrana marble. 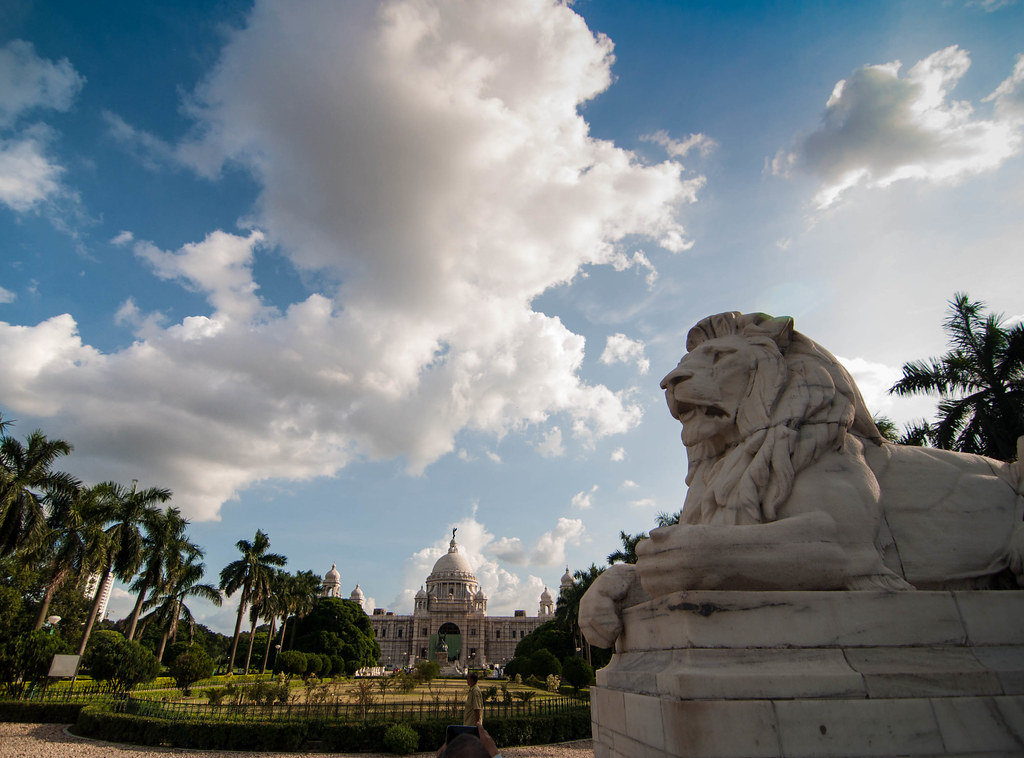 Two large marble lions at the entrance welcome you, greens and manicured lawns adds freshness to the sight of the picturesque building, while the tranquil lake surrounding it changes moods according to the sky – all set to steals your heart. 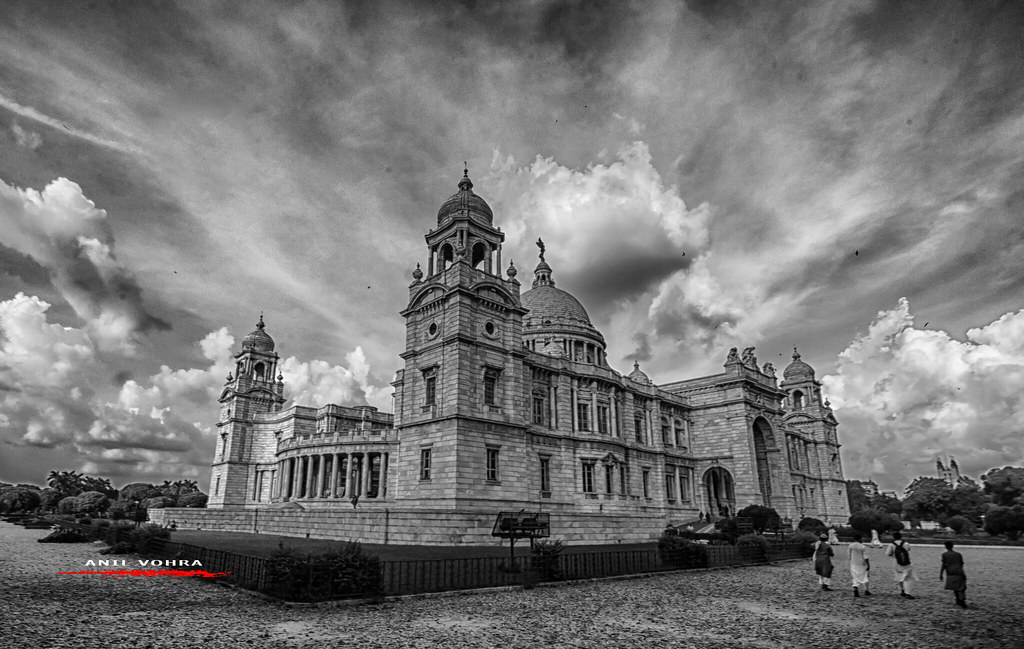 Inside, highlights are the soaring central chamber and the Calcutta Gallery , an excellent, even-handed exhibition tracing the city’s colonial-era history. But even if you don’t want to go in, the building is still worth admiring from afar: there’s a magnificently photogenic view across reflecting ponds from the northeast. 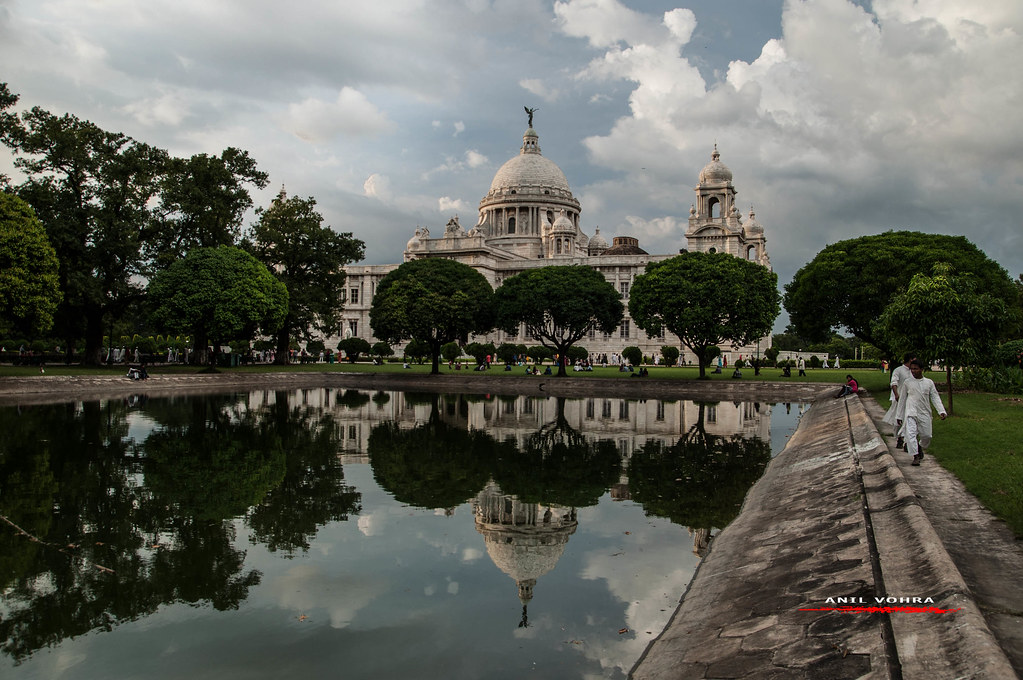 Or you can get closer by paying your way into the large, well-tended park 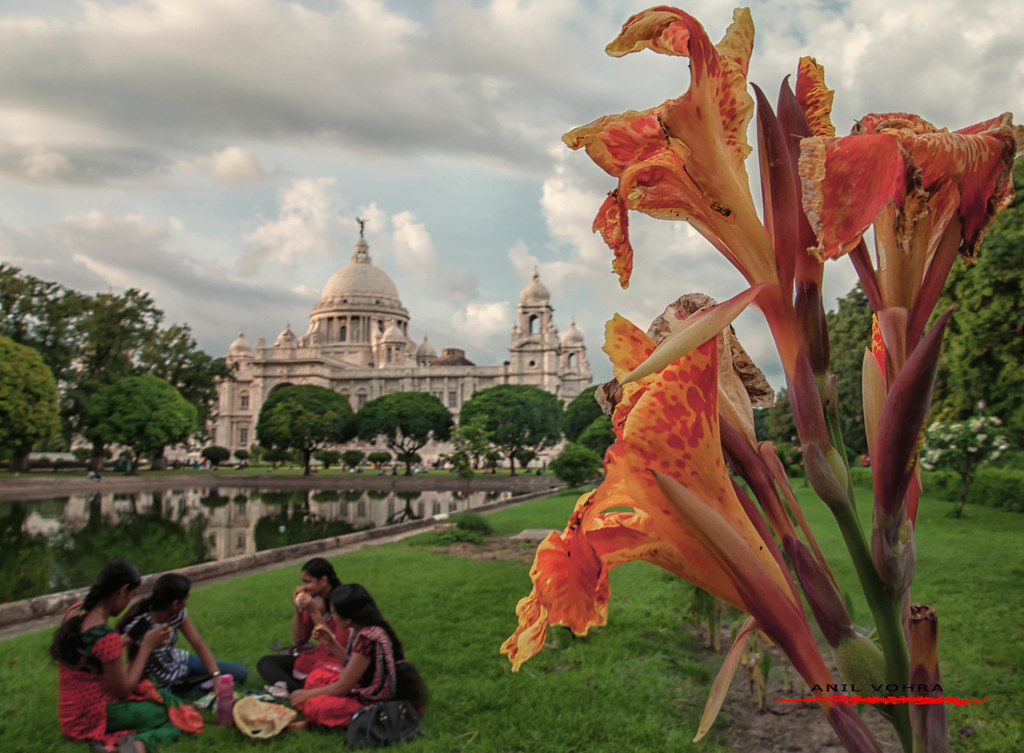 Entrance is from the north or south gates (with ticket booths at both). The east gate is exit-only by day, but on dry season evenings, enter here for the 45-minute English-language sound & light show 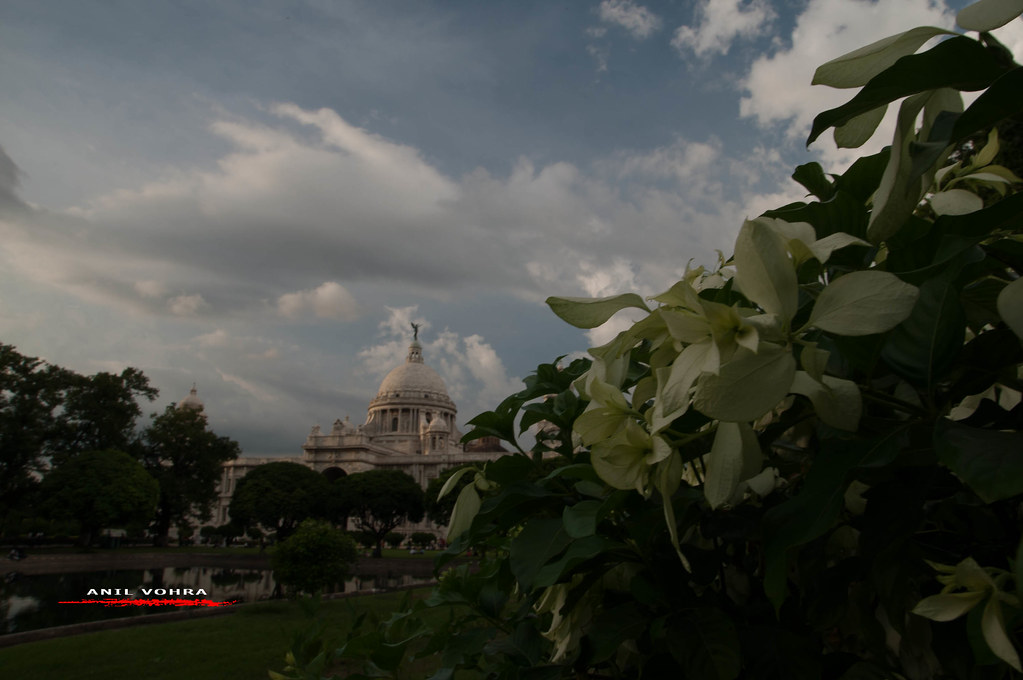 Do not forget to take the ride on the horse carts or ‘victoria’ as its called in Mumbai outside in the maidan area. Relish the ‘puckas’ aka, golgappas / panipuri / tamarind water balls (??) to complete the experience