Pushkar is one of the oldest existing cities of India. It lies on the shore of Pushkar Lake. The date of its actual origin is not known, but legend associates Brahma with its creation.

The lake which waters the town and gives it its name is considered one of the holiest in the country, second only to the waters of the Kailash Mansarovar. It’s a prominent Hindu pilgrimage town and devout Hindus should visit at least once in their lifetime. The town curls around a holy lake, said to have appeared when Brahma dropped a lotus flower. With 52 bathing ghats and 400 milky-blue temples, the town often hums with puja (prayers) generating an episodic soundtrack of chanting, drums and gongs, and devotional songs.

According to legend, Brahma was in search of a place for Mahayagna and he found this place suitable. After a long time, Brahma came to known that a demon, Vajranash, was killing people here so the Lord intoned a mantra on a lotus flower and killed the demon. During this process the parts of flower fell on three places which were later known as Jyaistha, Madhya and Kanistha Pushkar. After this Brahma performed a yagna to protect this place from demons. The consort of Brahma, Saraswati, were needed to offer Ahuti for the yagna but she was not there that time so Gayatri, a Gurjar girl, was married to brahma and performned yagna. This act made first wife of Brahma, Saraswati, angry and she cursed Brahma saying that he would be worshiped in Pushkar only. There are still priests from the Gurjar community in Pushkar temple, known as Bhopas.

Pushkar has many temples. Most of the temples are not very old because many temples were destroyed during Muslim conquests in the area. Subsequently, the destroyed temples were rebuilt. Pushkar’s most famous temple is the Brahma Temple, said to be one of the few such temples in the world as a result of a curse by Brahma’s consort, Saraswati. The temple is marked by a red spire, and over the entrance gateway is the hans (goose symbol) of Brahma. Inside, the floor and walls are engraved with dedications to the dead. 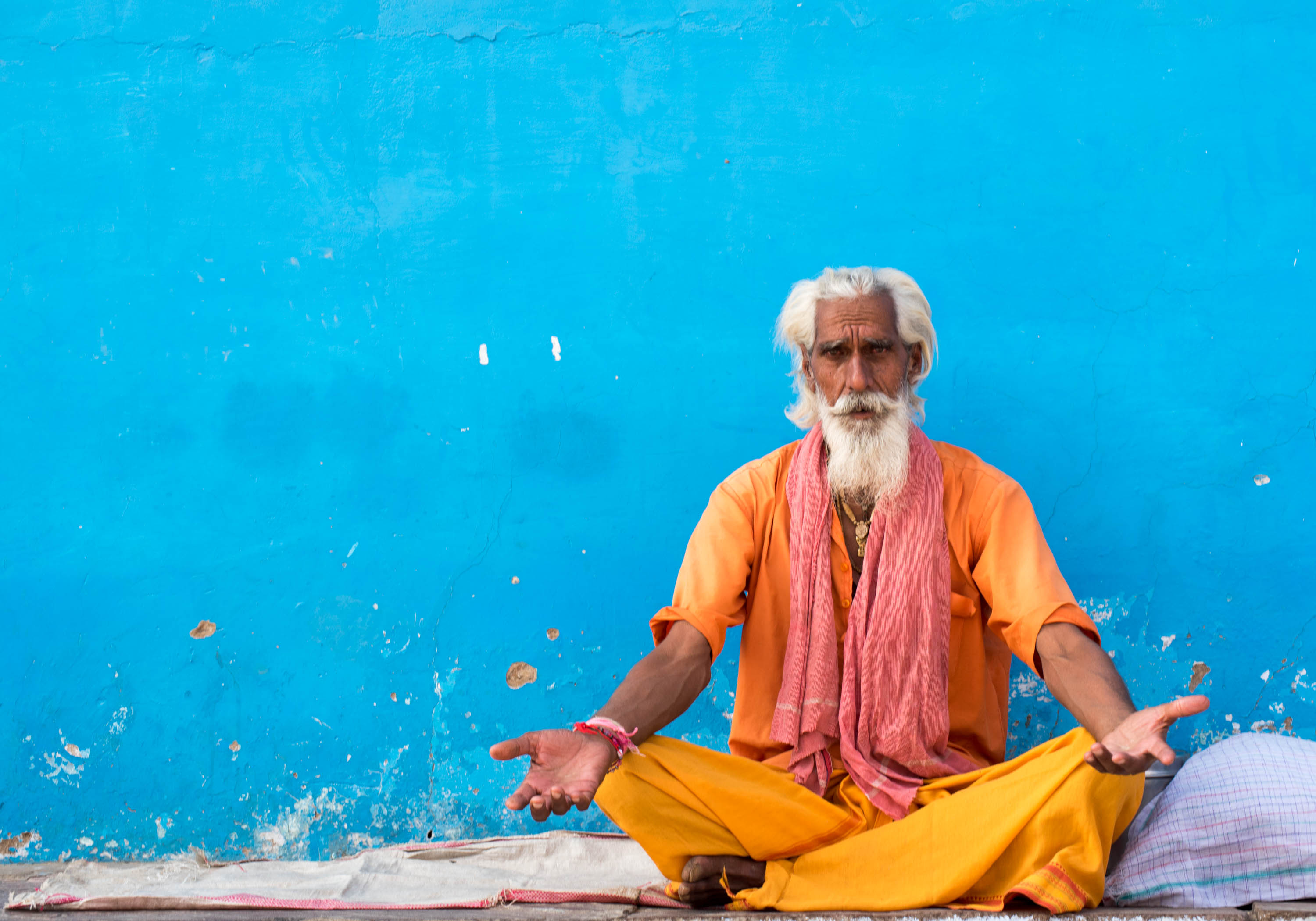 Fifty-two bathing ghats surround the lake, where pilgrims bathe in the sacred waters. If you wish to join them, do it with respect. Remember, this is a holy place: remove your shoes and don’t smoke, kid around or take photographs. Some ghats have particular importance: Vishnu appeared at Varah Ghat in the form of a boar, Brahma bathed at Brahma Ghat , and Gandhi’s ashes were sprinkled at Gandhi Ghat (formerly Gau Ghat).

Pushkar is one of the oldest cities in Rajasthan with a rich and thriving heritage of history, culture and mythology. The result is a muddle of religious and tourist scenes. The main street is one long bazaar, selling anything to tickle a traveller’s fancy, from hippy-chic tie-dye to didgeridoos. Despite the commercialism and banana pancakes, the town remains enchantingly small and authentically mystic. 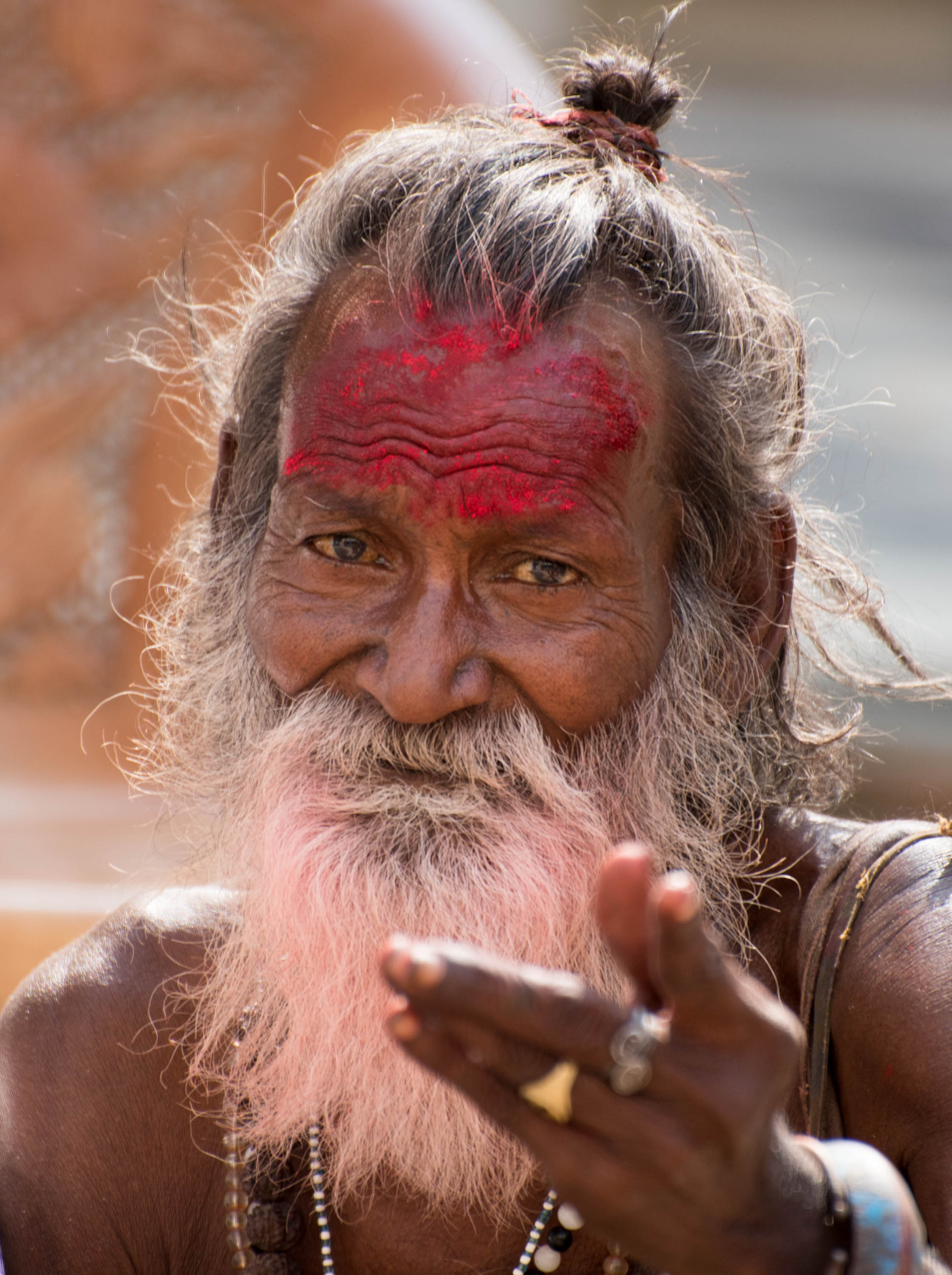 Pushkar has a magnetism all of its own – it’s quite unlike anywhere else in Rajasthan.There is nothing like a walk on the street to experience the mood, culture and lifestyle of a place. And Pushkar is a town which is best seen on foot. It’s quite small and can be covered with in a few hours. The colorful little shops & cafes look fascinating against the backdrop of old buildings decorated with street art. The fresh jalebi’s & malpua’s (fried sweets) are a must-try among other street food in Pushkar. 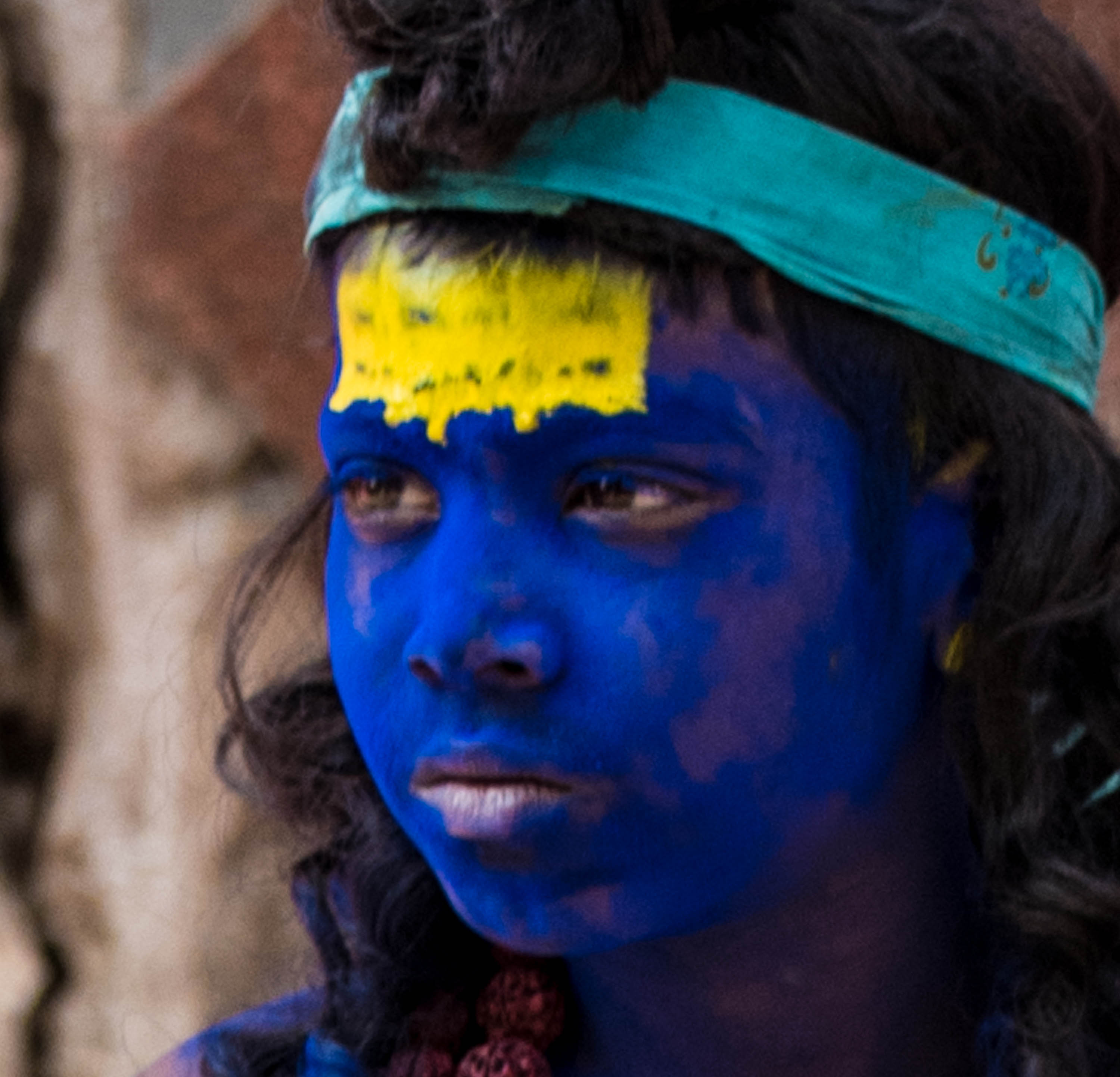 The annual fair that it hosts is one of the largest cattle fairs in Asia and attracts thousands of tourists to Rajasthan every year. We’re talking about Pushkar and its annual fair better known as the Pushkar Mela. Pushkar Fair commences on Prabodhini Ekadashi, the 11th lunar day in the bright fortnight and ends on Kartik Poornima – the full Moon day in the month of Kartik (October–November), the latter being the most important day of the fair. This fair is held in the honour of god Brahma. A ritual bath on Kartik Poornima in the Pushkar Lake is considered to lead one to salvation. It is believed circling the three Pushkars on Kartik Poornima is highly meritorious. Sadhus, Hindu holy men, gather here and stay from the Ekadashi to full moon day in caves. The Pushkar fair is also Asia’s largest camel fair. The colourful and lively Camel Fair reportedly attracts 2 lakh people and 50,000 camels. 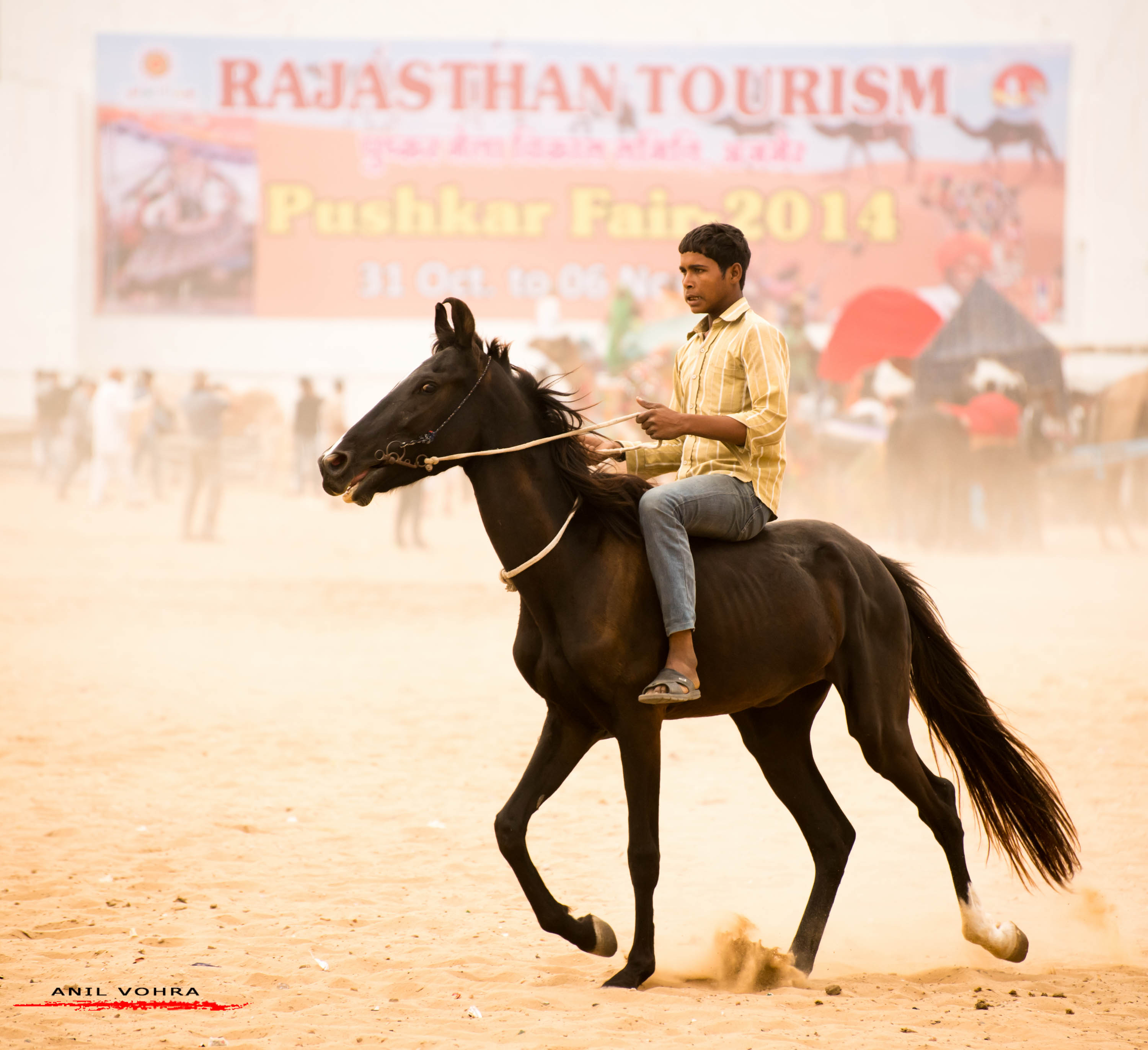 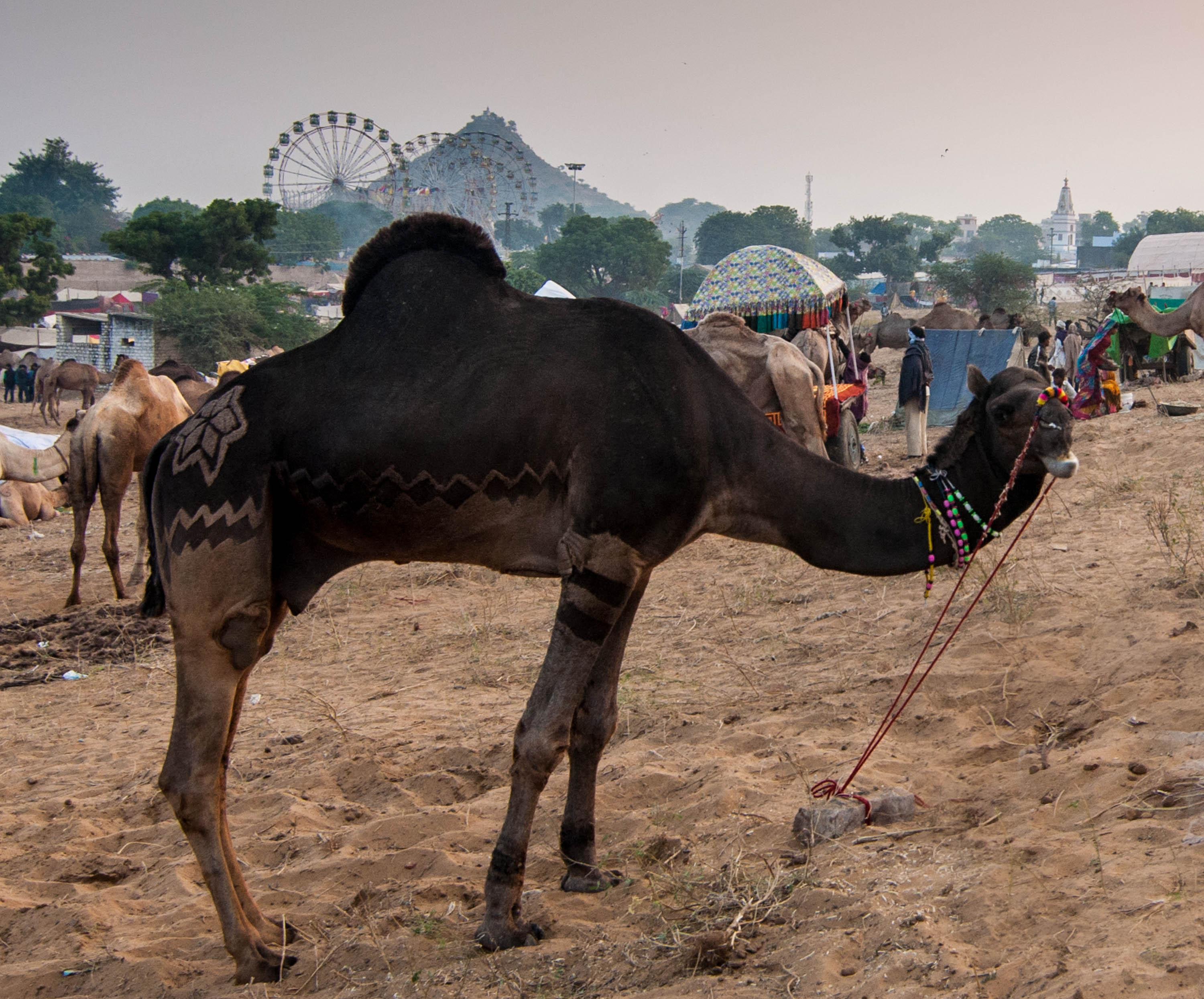 Pushkar is only 11km from Ajmer but separated from it by Nag Pahar (Snake Mountain). The Pushkar road has a mountain portion road which separates Pushkar from Ajmer City is locally known as Pushkar Ghati.

Ajmer is a bustling chaotic city –  It surrounds the tranquil lake of Ana Sagar, and is itself ringed by the rugged Aravalli Hills. Ajmer is Rajasthan’s most important site in terms of Islamic history and heritage. It contains one of India’s most important Muslim pilgrimage centres, the shrine of Khwaja Muin-ud-din Chishti, who founded India’s prime Sufi order in India. As well as some superb examples of early Muslim architecture, Ajmer is also a significant centre for the Jain religion, possessing an amazing golden Jain temple. However, with Ajmer’s combination of high-voltage crowds and traffic, most travellers choose to stay in laid-back Pushkar, and visit on a day trip.