Birla Mandir (Birla Temple) refers to different Hindu temples or Mandirs built by the Birla family, in different cities. As of the last count, there were 14 different temples in the country. All of these temples are magnificently built, some of them in white marble or in sandstone. The Pink City, Jaipur proudly has one of these architectural marvels as a place of worship and tourist interest. The grand temple in white marble is located on an elevated ground at the base of Moti Dungari hill in the capital city of Rajasthan. The Temple is dedicated to Lord Vishnu (Narayan), the preserver and his consort Lakshmi, the goddess of wealth and for this fact, it is also known as the  Laxmi Narayan Temple. 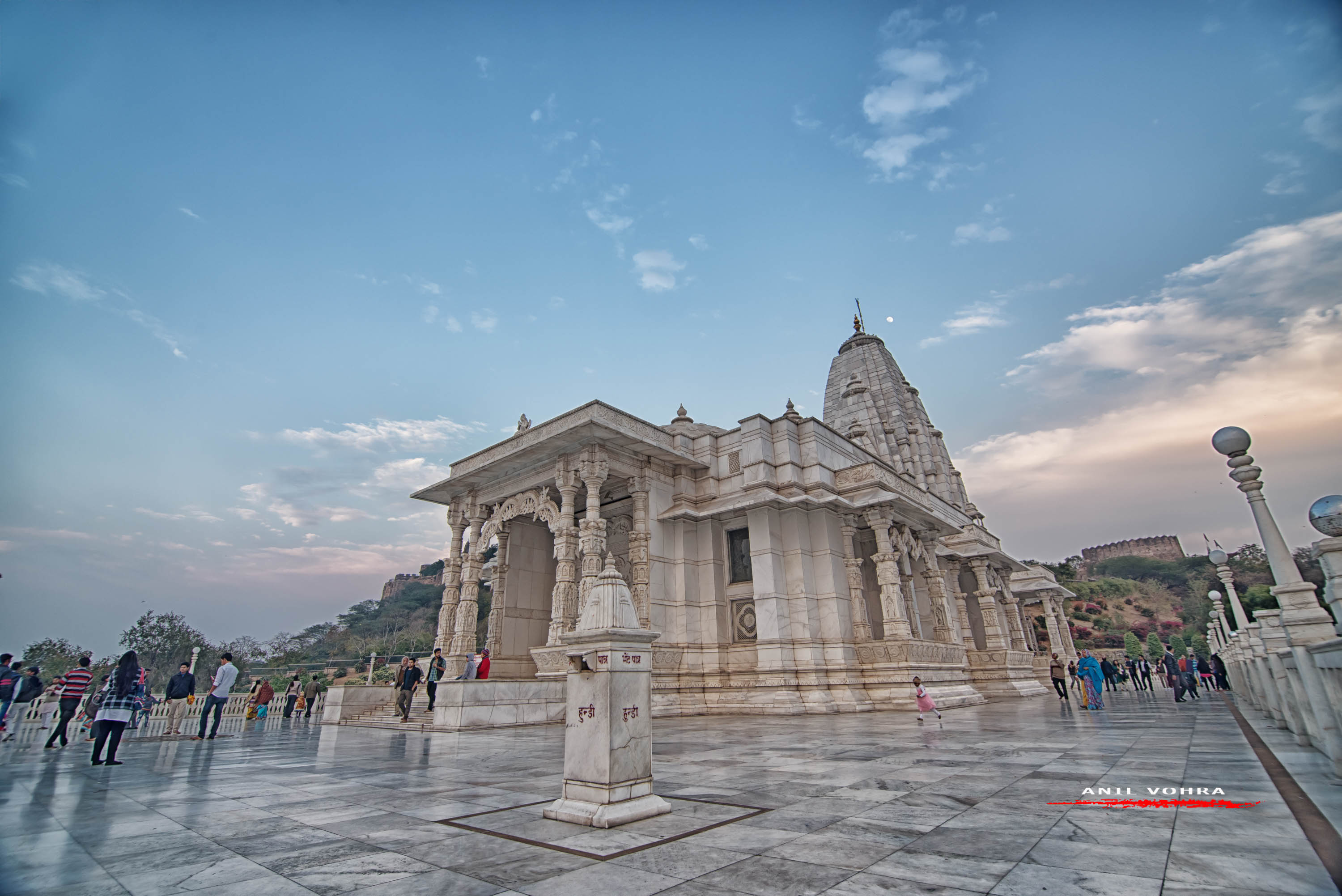 According to history, the Birla temple was built on the land given to the Birla family by the Maharaja Jai Singh Ji, for just a token sum of one rupee. The construction begun around 1933 and was actually built by an entrepreneur and philanthropist named Baldeo Das Birla and by his own son Jugal Kishore Birla of Birla family. The B.M Birla Foundation owned by the Birla’s manage the Birla Temple across the country. The popular belief goes that construction work towards a Birla temple has to always takes place as a social charity and philanthropist initiative  within the Birla family, hence the constructions of the temple work is slow and spread of many years. This Birla Mandir was completed after 55 years in 1988 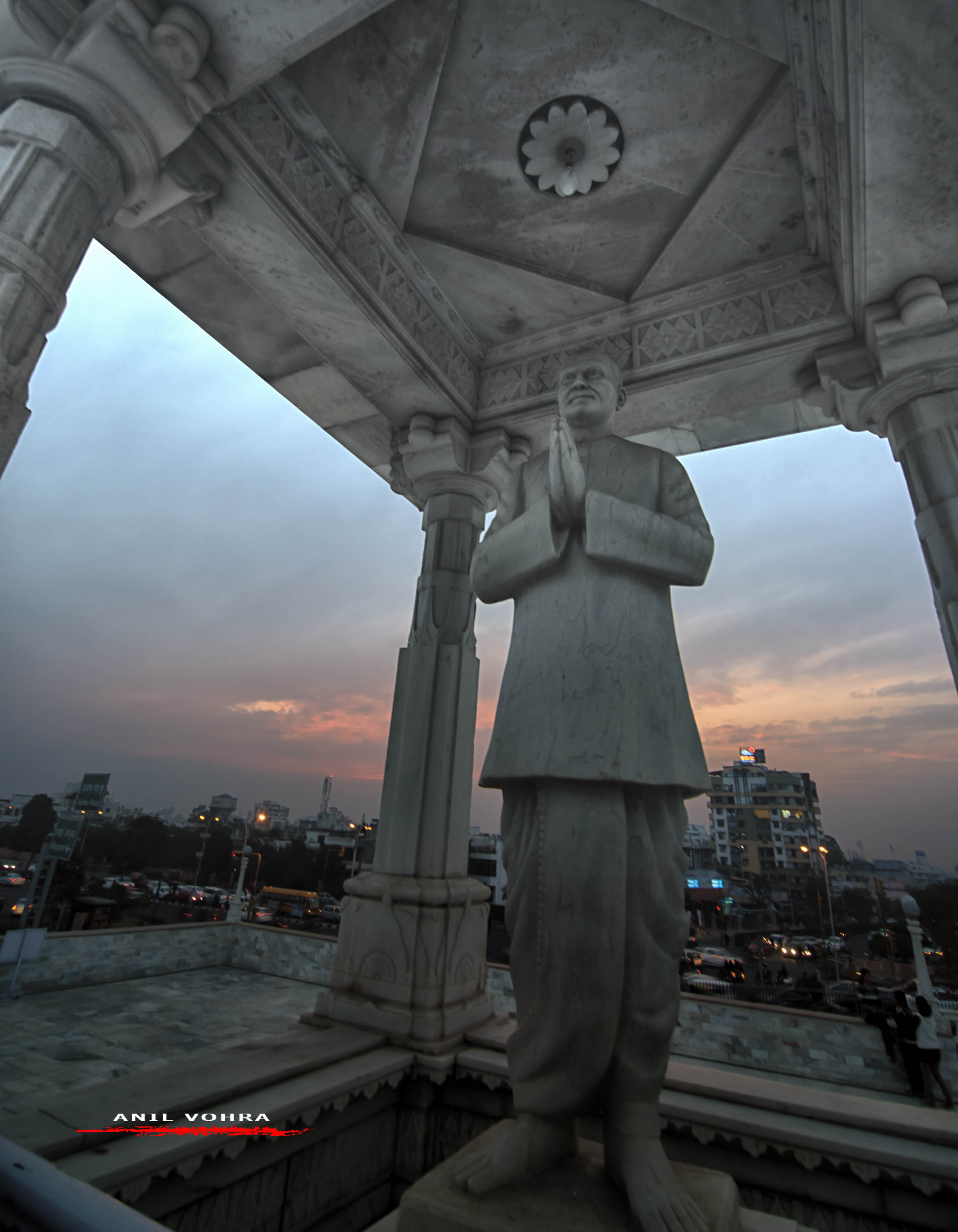 Built in pure white marble, the Birla Temple is unlike the traditional ancient Hindu temples, and is built with a modern approach. It has three domes to represent the three religions of India; a tribute to the secular nature of the country. The Birla temple is bordered by lavish green gardens that highlight the splendour of the temple. 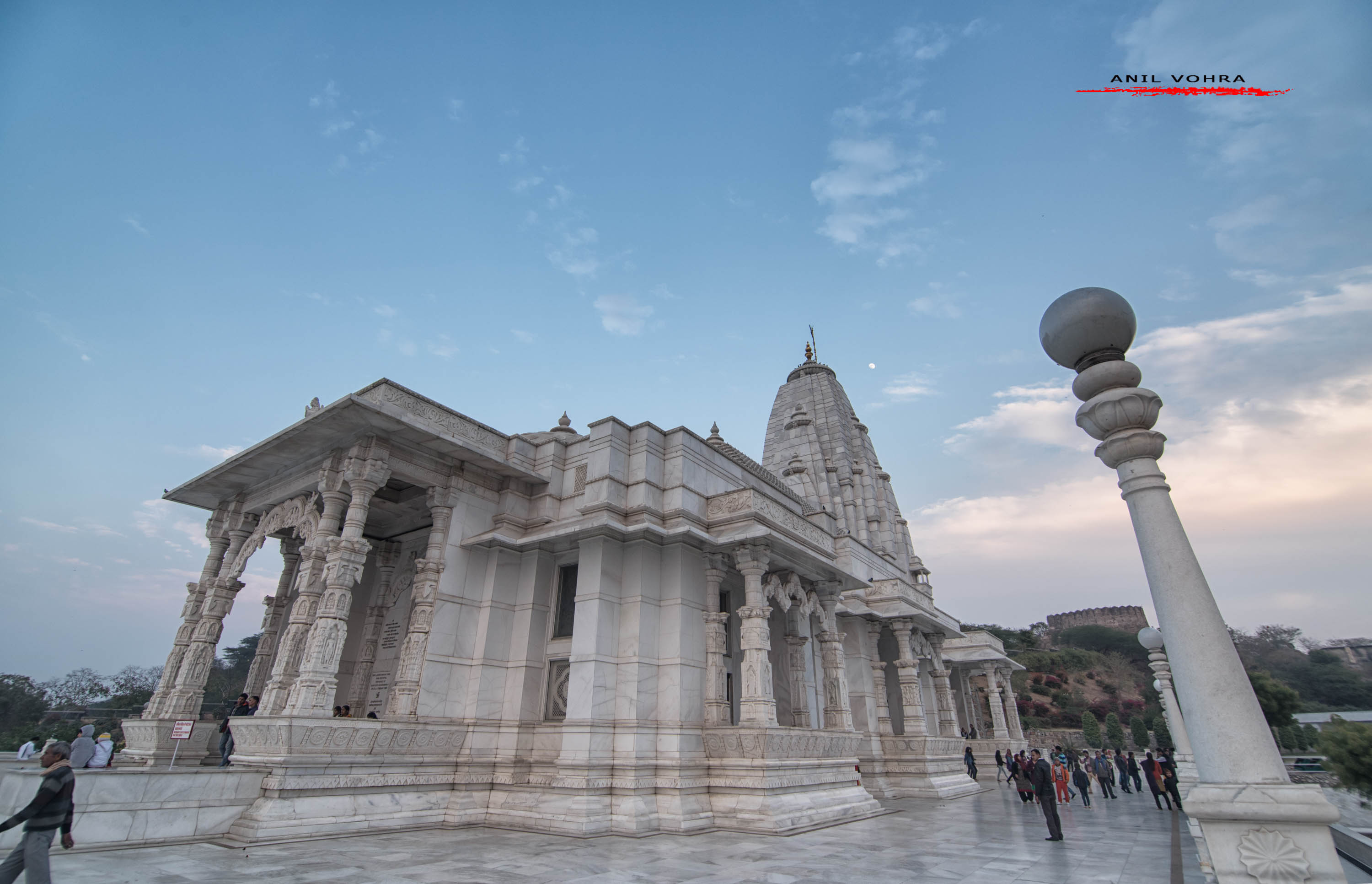 Inside this magnificent shrine, beautifully sculpted idols of Lord Vishnu and Goddess Lakshmi, as well as other Hindu Gods and Goddesses, can be seen. Delicate carvings of Hindu symbols, and ancient quotes from the Geeta and the Upanishads ornament the walls of this fascinating temple. One can also recognize the mythological events engraved on the walls. Stained glass windows depict the scenes from Hindu scriptures.  Experienced artisans shaped and created the idols of the Laxmi Narayan temple. which is said to be made out from one piece of marble. Apart from the religious idols, pictures and figures of several religious saints, philosophers and historical achievers, like Socrates, Buddha, Zarathustra and Confucius, are also included in the temple. A work of art, this temple truly represents architectural beauty, in a modern form. 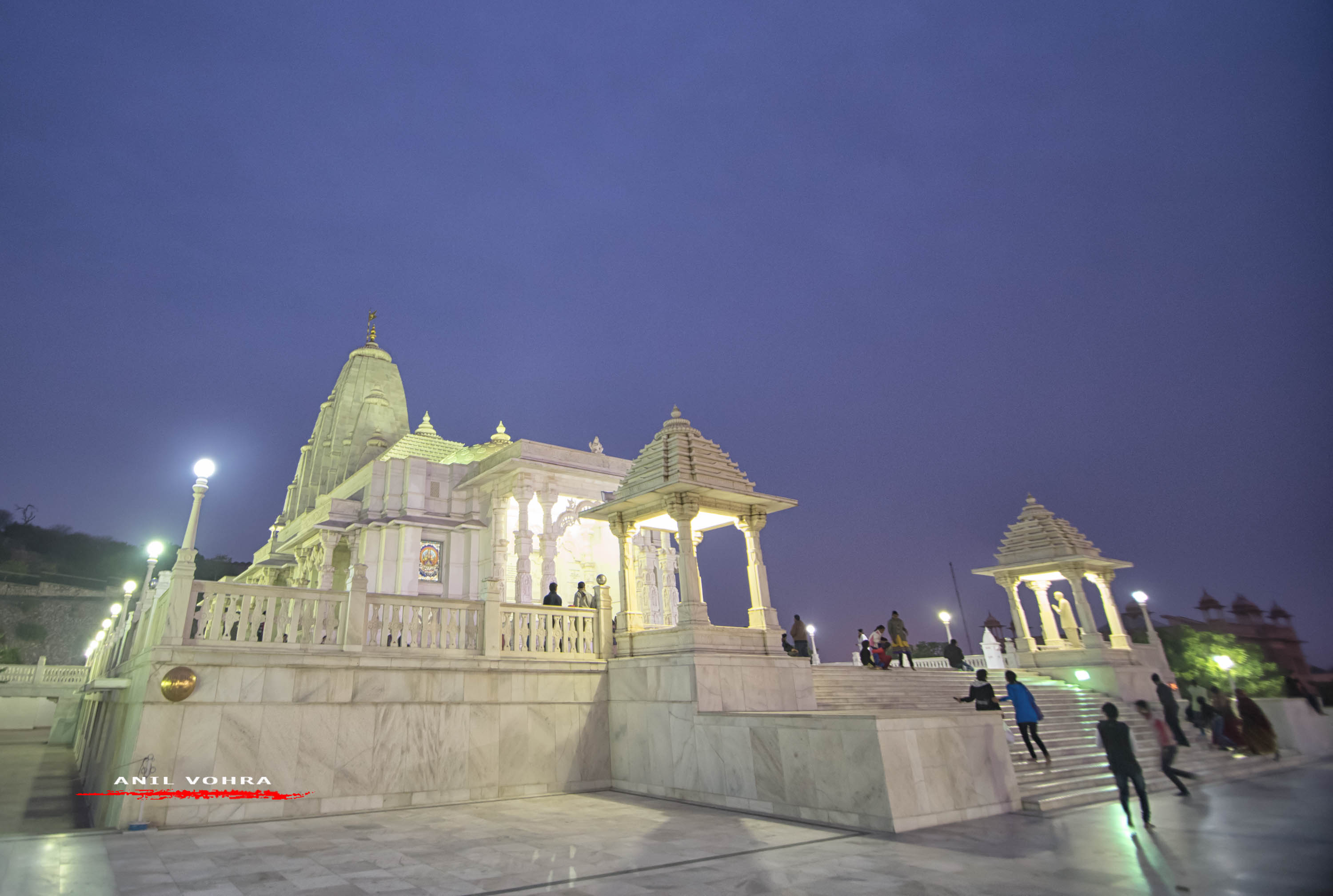 In this temple, ‘Janmashtami’, the birth anniversary of Lord Krishna, is celebrated with great enthusiasm and gusto; that is the time you would witness the glamour of this temple at its fullest scale. The temple acquires the distinct picture by the decoration of flowers. The temple becomes colourful due to illumination of colourful lights. Its beauty is characterized by shining white marble. 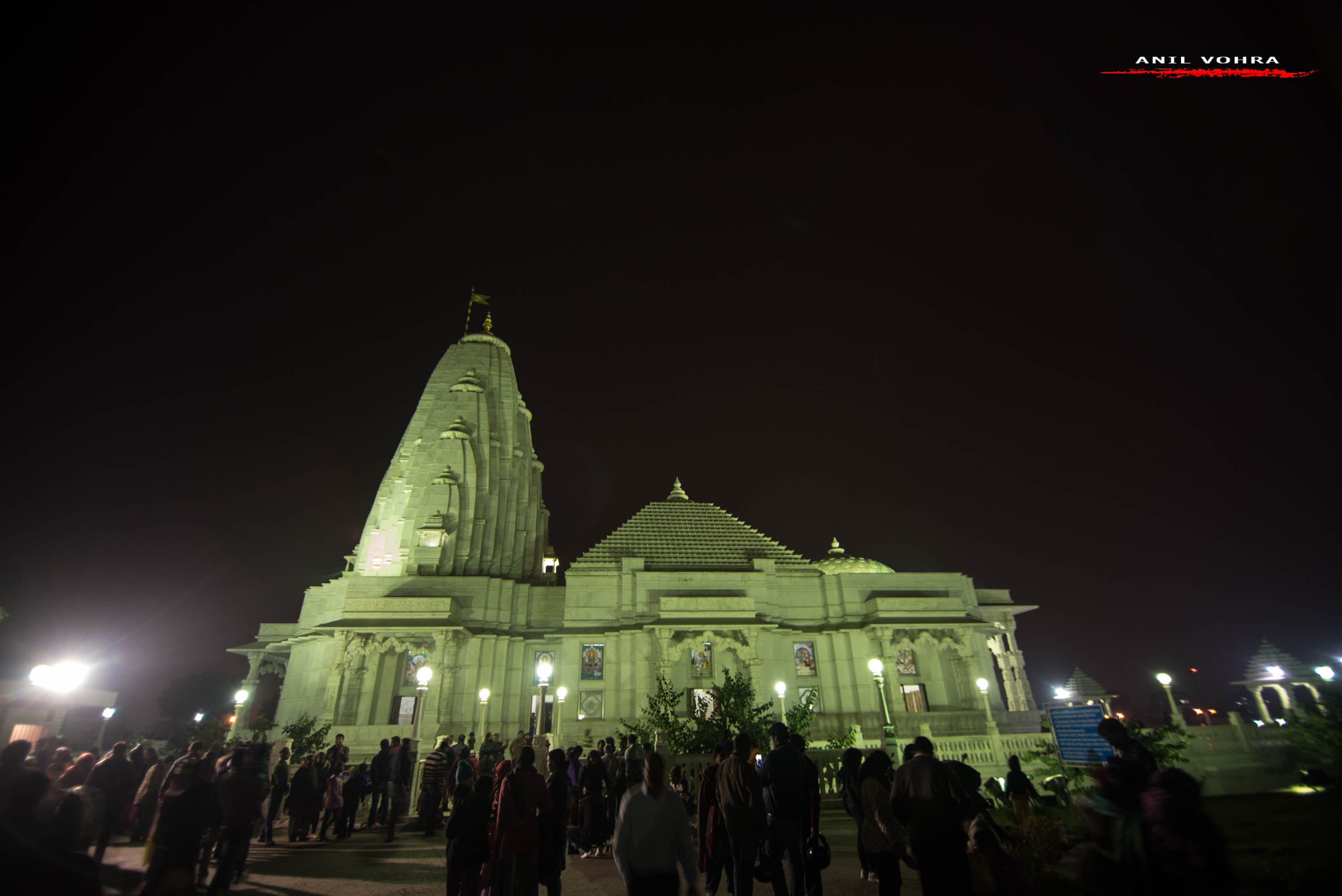 The regular visiting hours are between, 8.00 AM to 12.00 Noon and 4.00 PM to 8.00 PM every day. The most fascinating time of temple is its aarti, the singing of hymns and prayers with the lighted lamp in the glory of the Lord. The time of aarti is 8 AM to 9 AM in the morning and 6 PM to 7 PM in the evening. At night, one can witness the temple illuminated beautifully, against the dark skyline. 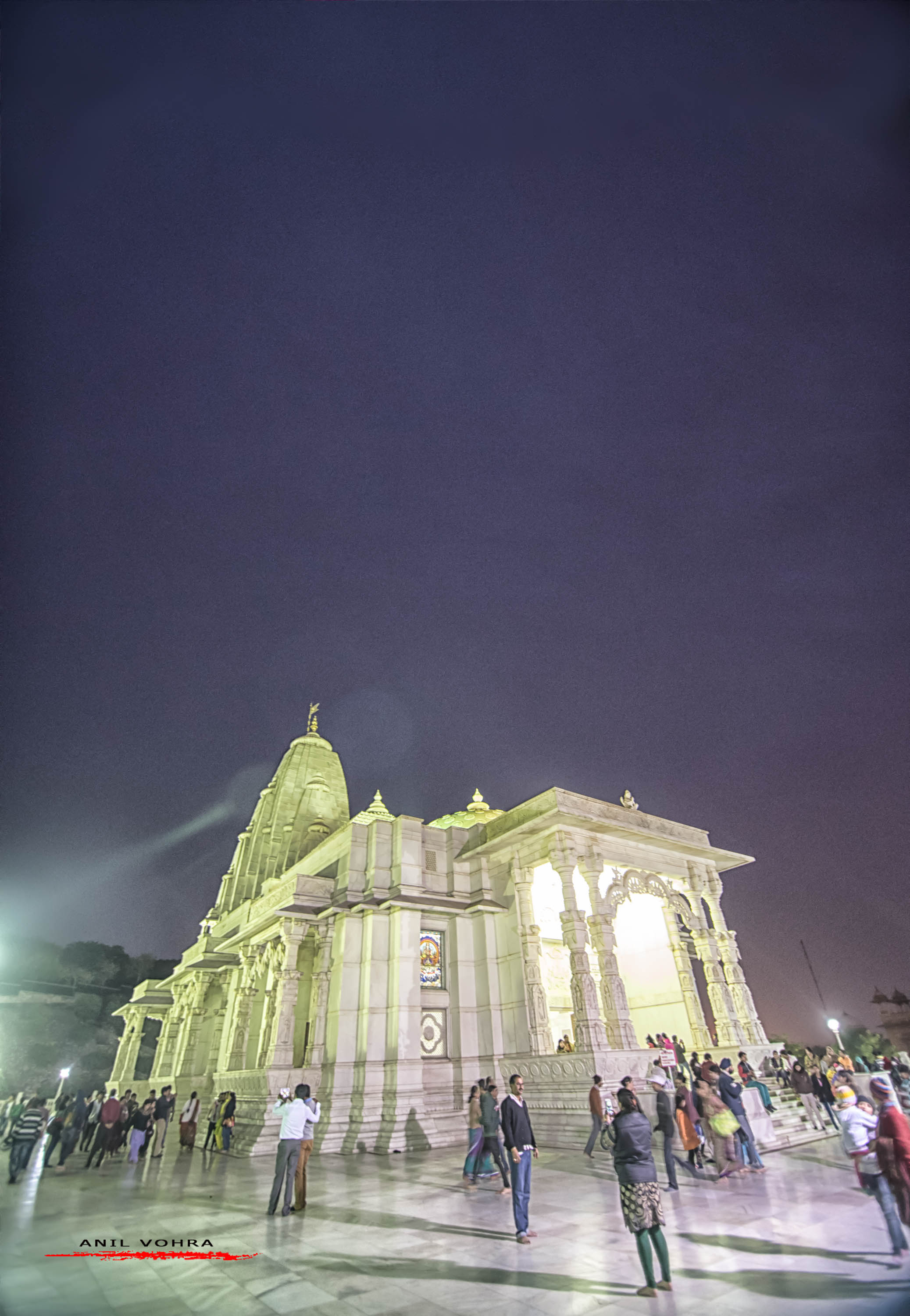 Moti Doongri is a small palace which is a replica of a Scottish castle. Once occupied by Maharaja Madho Singh’s son who was confined here, it was also for a while home to Maharani Gayatri Devi. The entry is prohibited in here 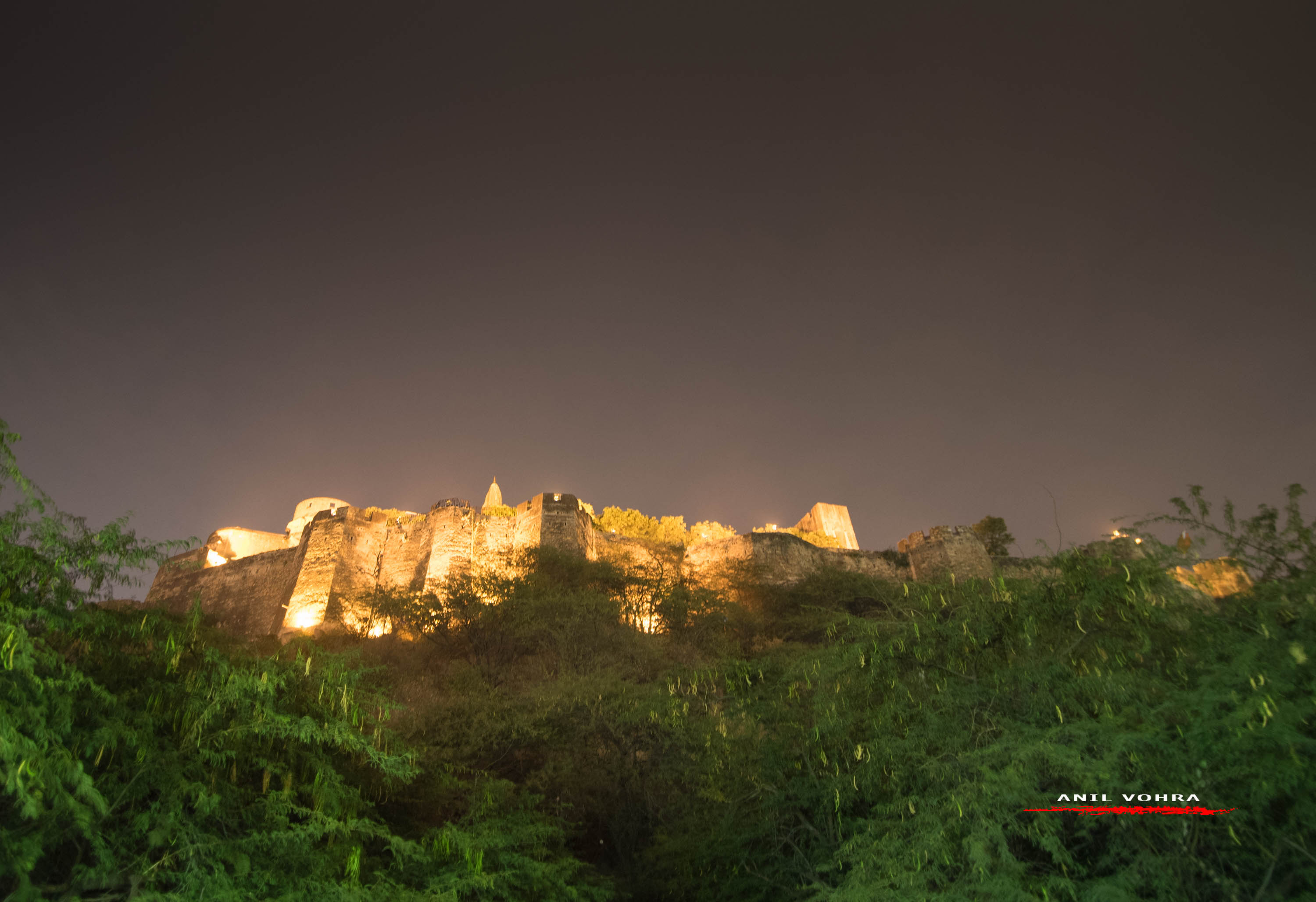 Apart from the main temple, the Birla Temple complex incorporates a majestic museum that displays the ancestral possessions of the Birla family, and a stunning garden with a shopping complex. Various items are available at this shopping complex, perfect for tourists who wish to make their trip memorable. Situated very near the Birla temple is another famous temple of Jaipur, the Ganesh Mandir or Moti Dungri Temple. The people who visit the Birla Temple usually visit the Ganesh Mandir as well.