What usually are the corridors of government power gets decorated and illuminated for celebrating the independence of our country. The whole area from Raisina hill neighbourhood to the India gate down Rajpath gets a light up. A view that makes any citizen blow up his chest to 56 inch and say ‘this is my India’ !!

A walk uphill from Vijay Chowk takes you to the Rashtrapati Bhawan or the President’s House, is the official residence of the President of India. Built of cream and red sandstone and several varieties of marble the building is a synthesis of Hindu, Muslim and colonial architecture. Talk to the local guard and you get to hear about its grandeur and splendour. The central building or ‘Bhawan’ comprises the magnificent Durbar Hall, the Ball Room, the State Dining Room and private chambers. It has 227 columns, 35 lobbies, 37 fountains and 340 rooms. At the Southern gate lies the famous Mughal Gardens with a large variety of roses which is open to public every year during spring. 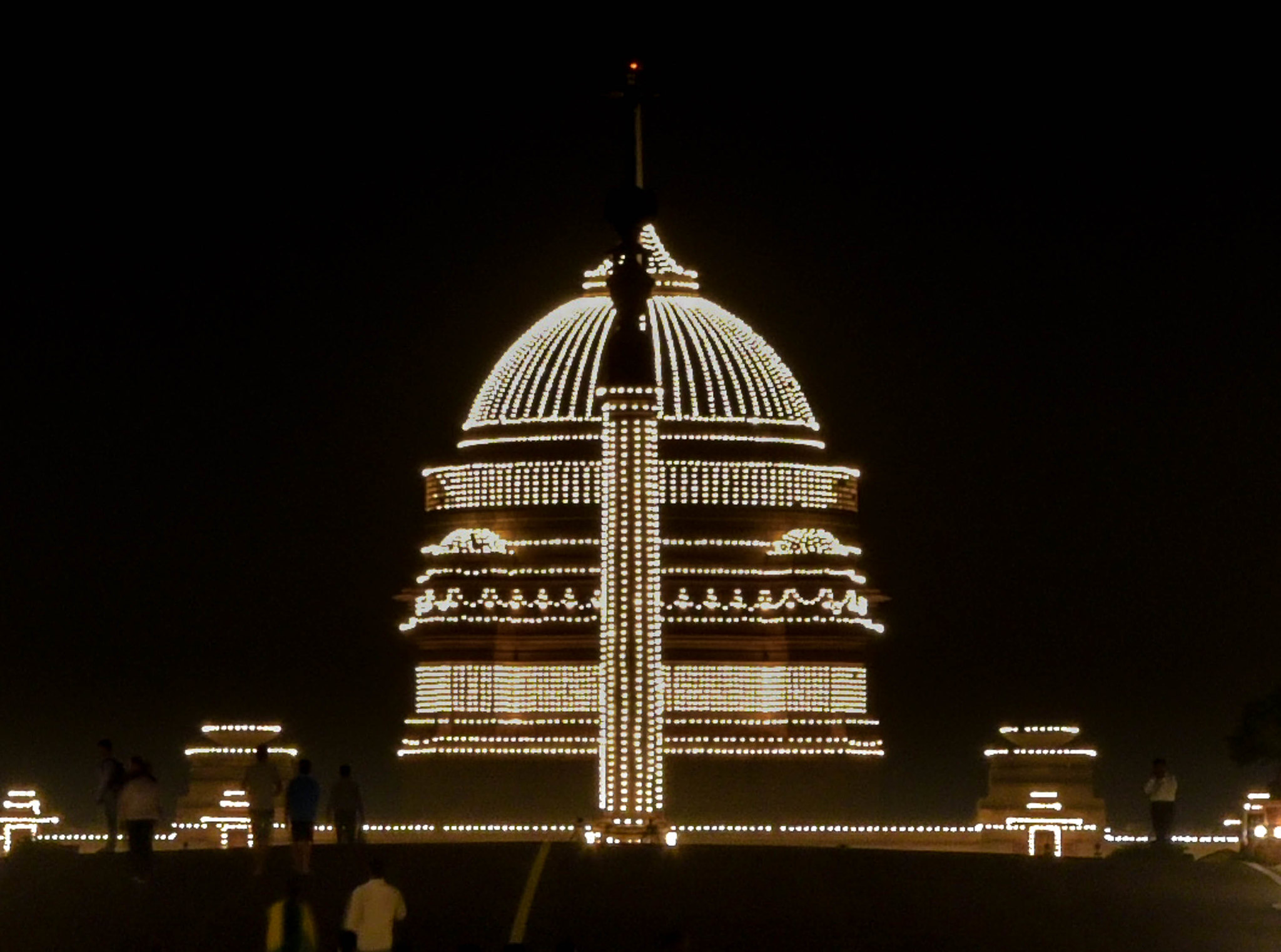 Retreating back on the Raisina Hill, you can see two symmetrical building blocks – the North Block and the South Block.  The 2 blocks are the Secretariat Building or Central Secretariat,  where the Cabinet Secretariat is housed, and administers the Government of India. Built in the 1910s, it is home to some of the most important ministries of the Cabinet of India. 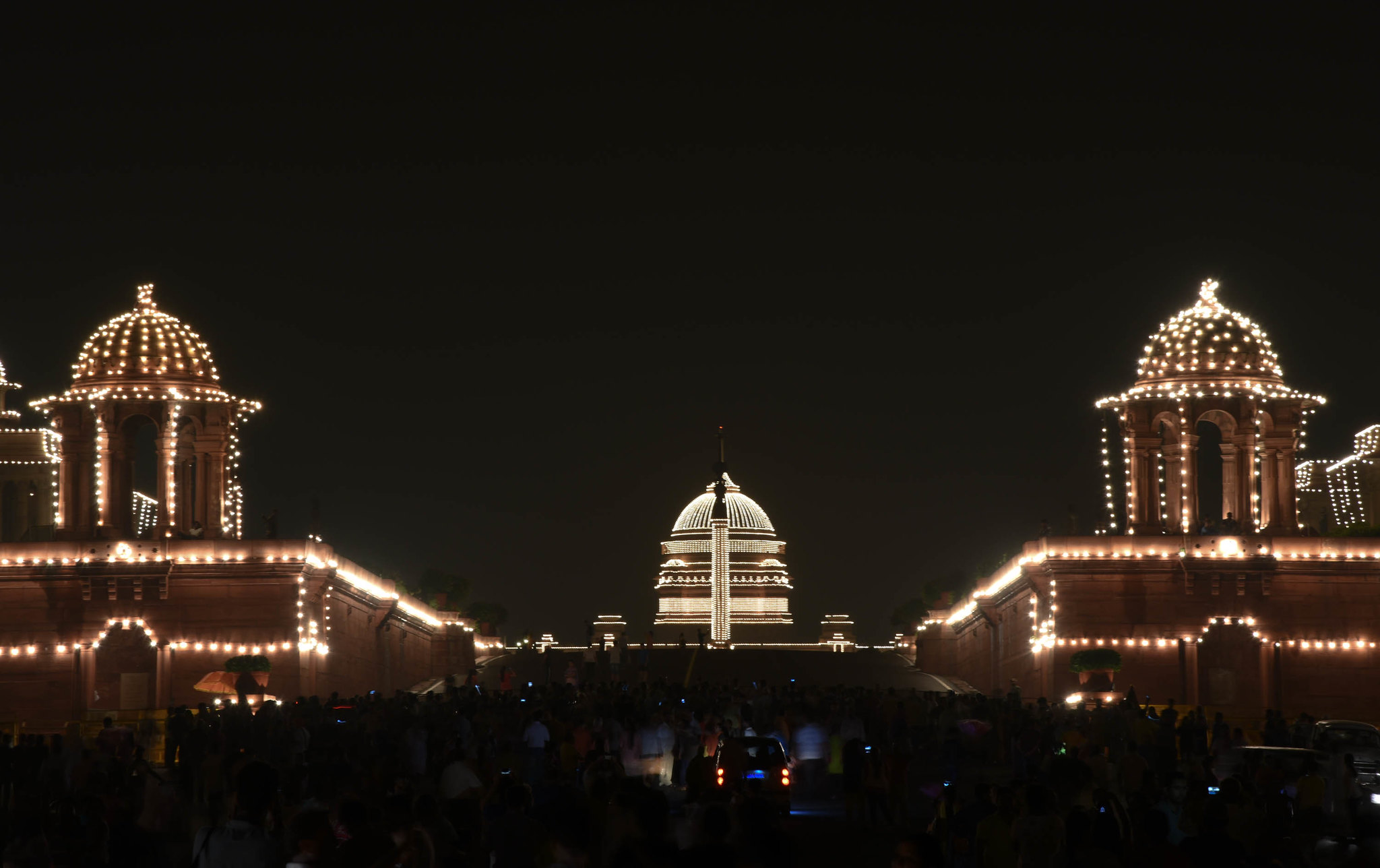 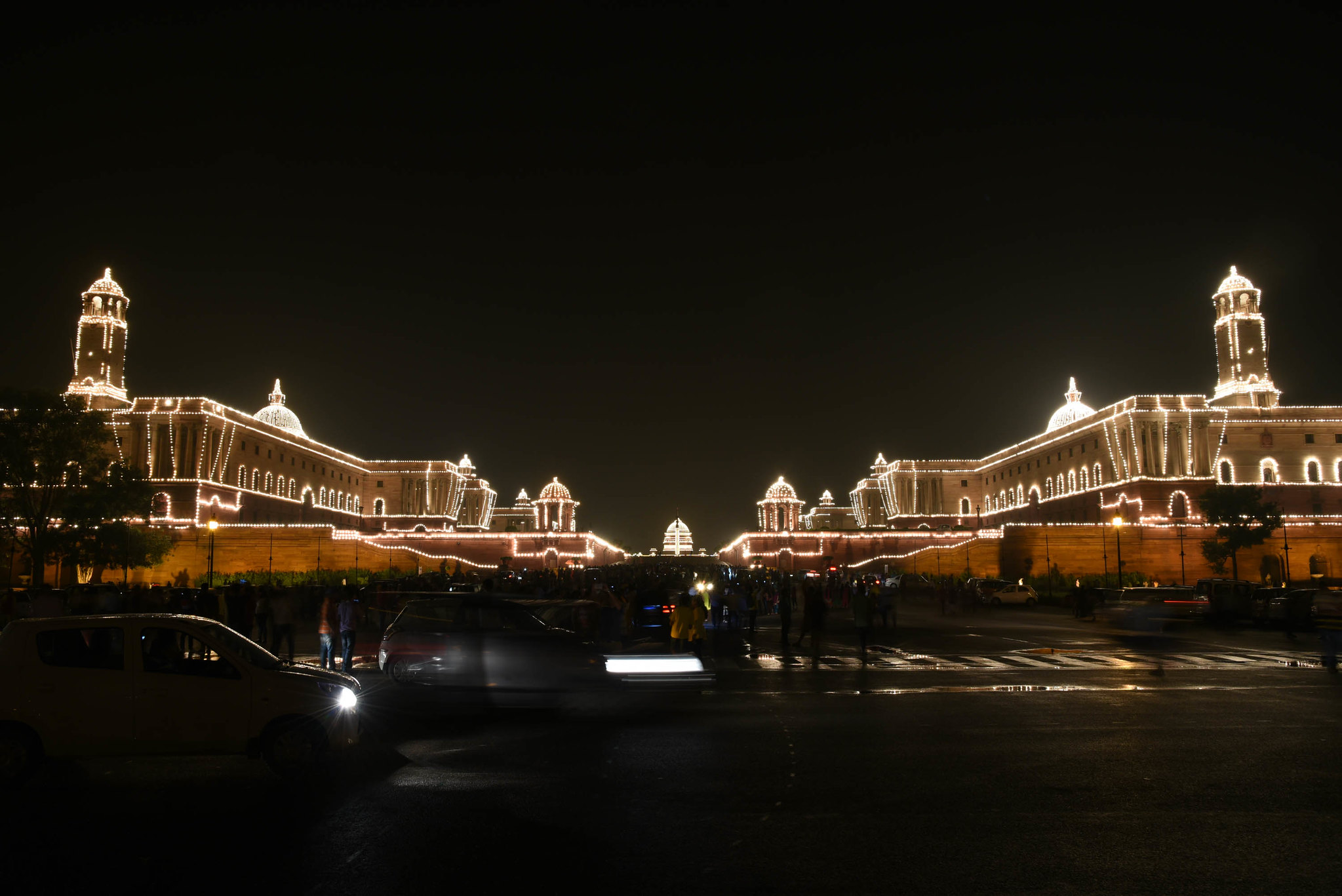 The secretariat buildings of the north and south block are made of rose pink and pale yellow sandstone. The structure of the buildings gives a hint of the Mughal and Rajputana style. Both buildings are ornamented with stone screens which are known as ‘ jali‘. The buildings are provided with slants along the roof that shelters the artwork of the building from heat and monsoonal showers 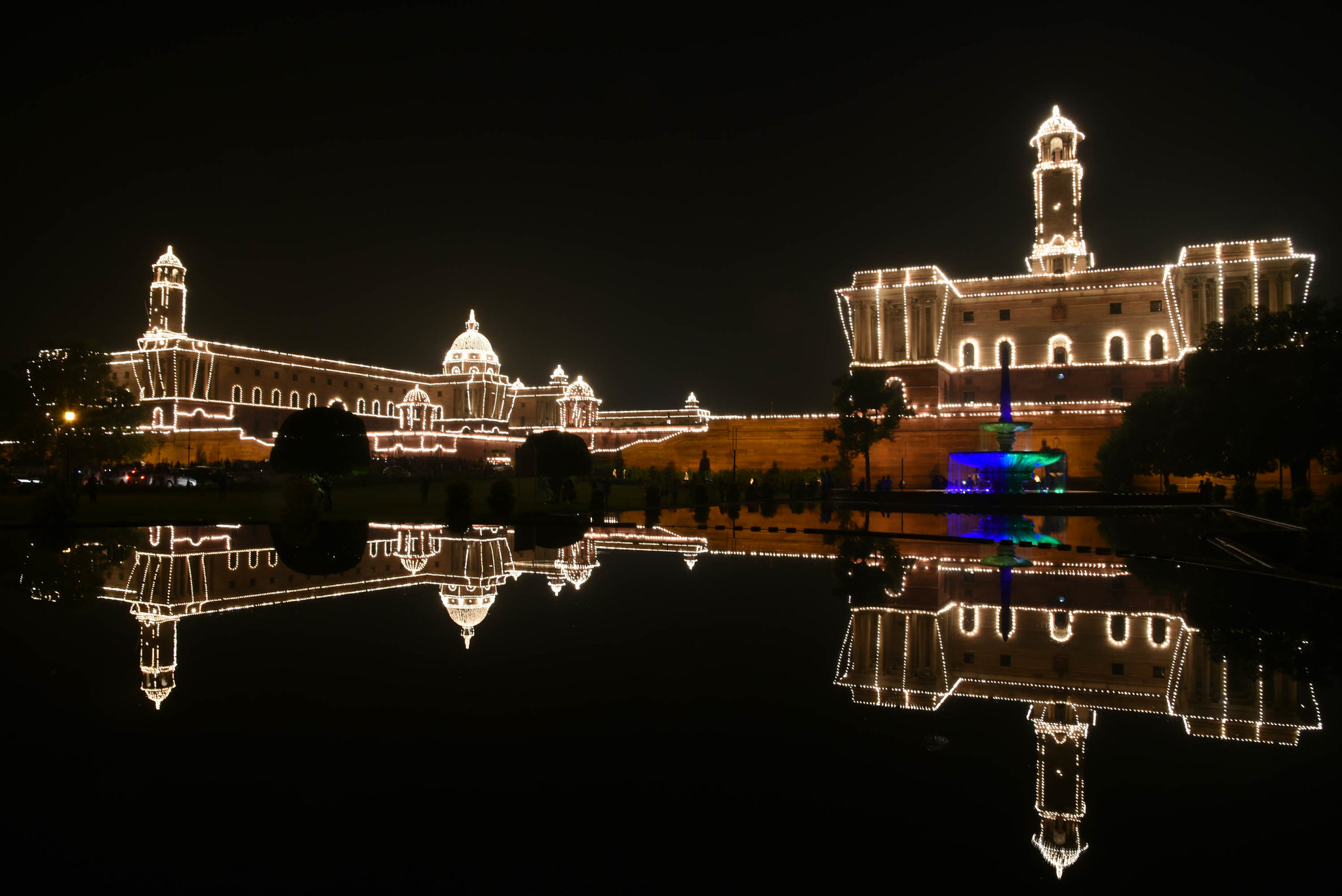 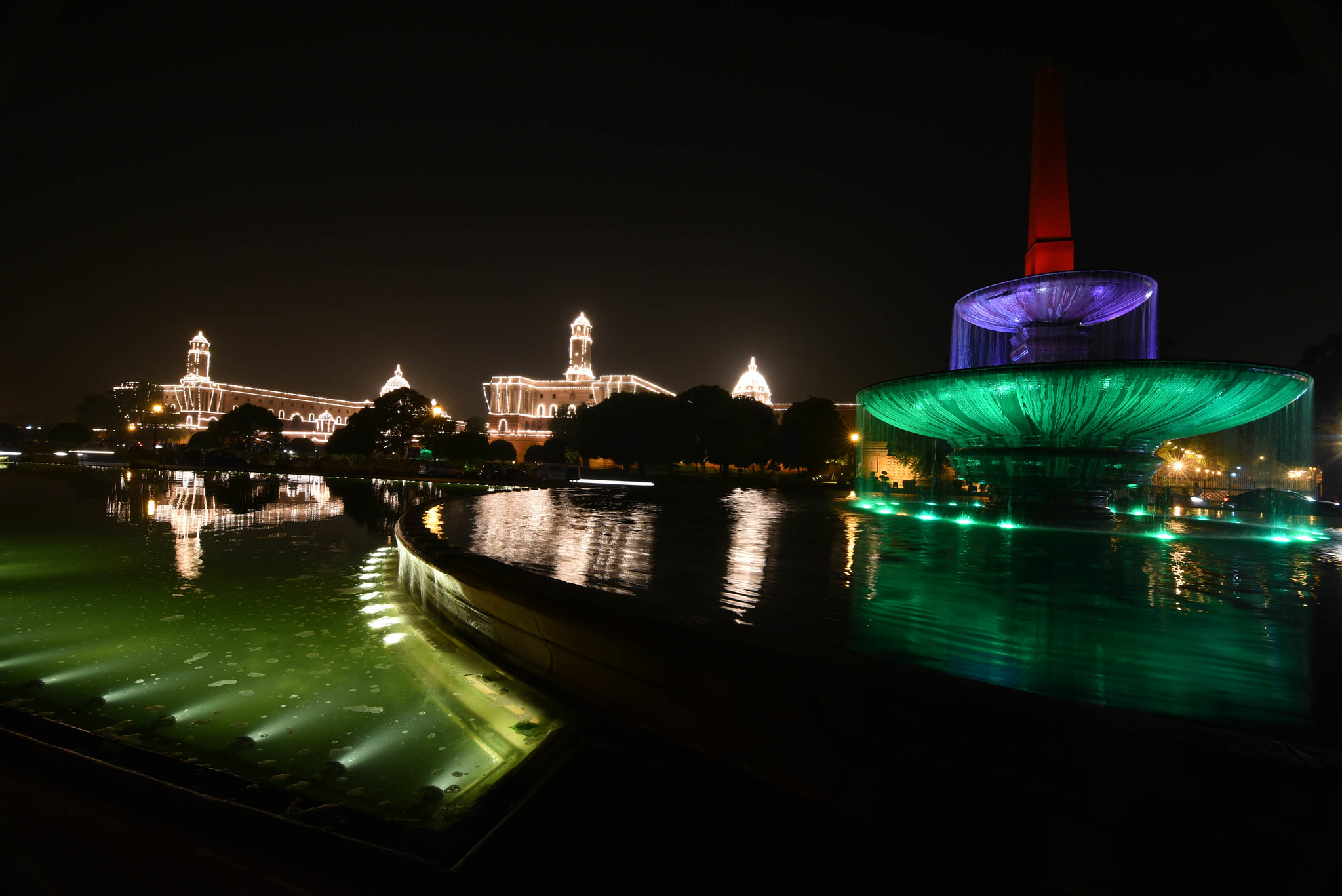 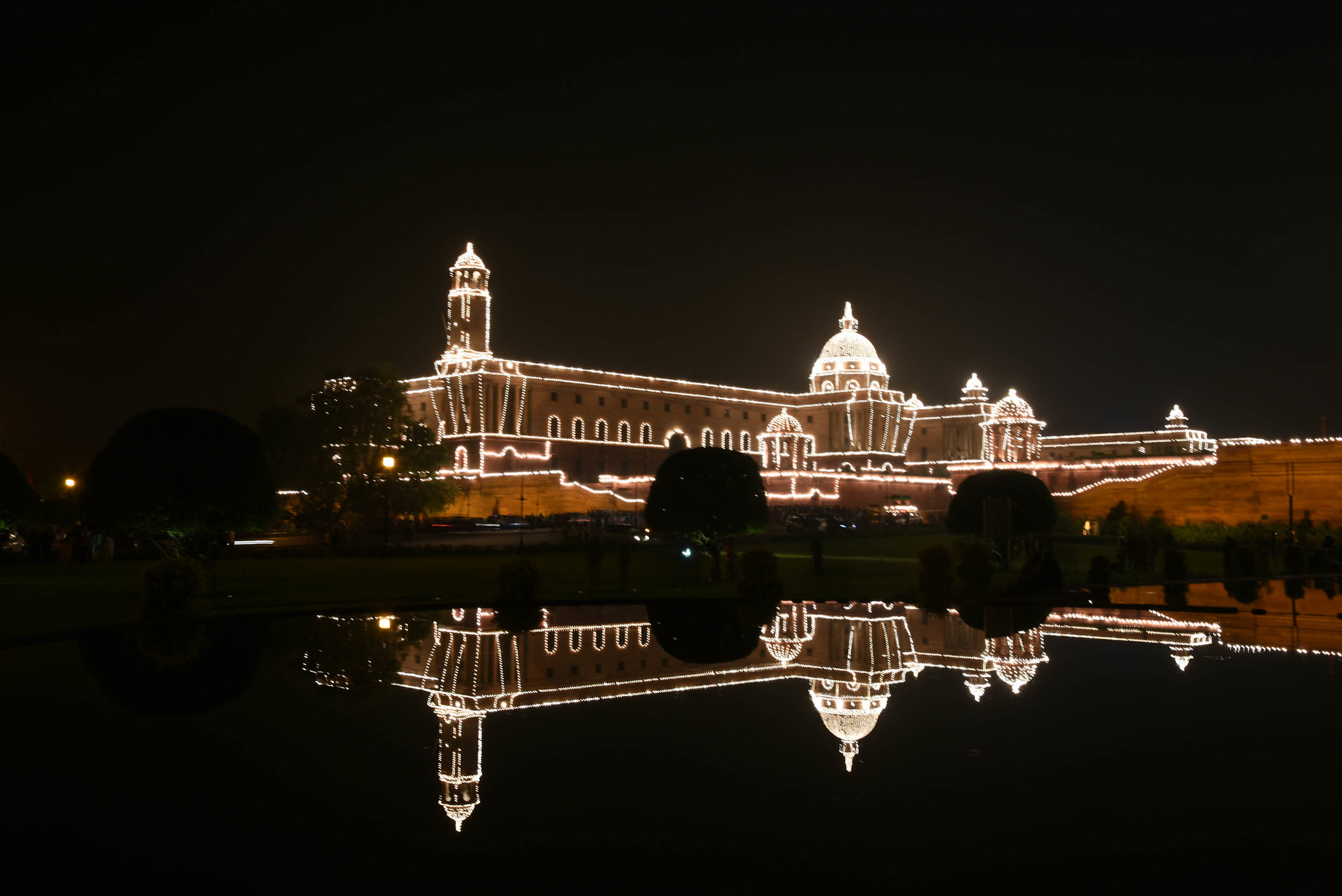 As you move back to Vijay Chowk – The square in front of Rashtrapati Bhavan and secretariat is where the ‘RajPath‘ (old name was ‘Kings Way’ ) starts and take one to India Gate. The sight down Rajpath is a sight to behold and reminiscent of the Republic day parade every year. Around Vijay Chowk you can also see beautiful lawns  with lights in different colour  playing to the orchestrated water fountains. Leaves you  mesmerised and in a deep state of relaxation. 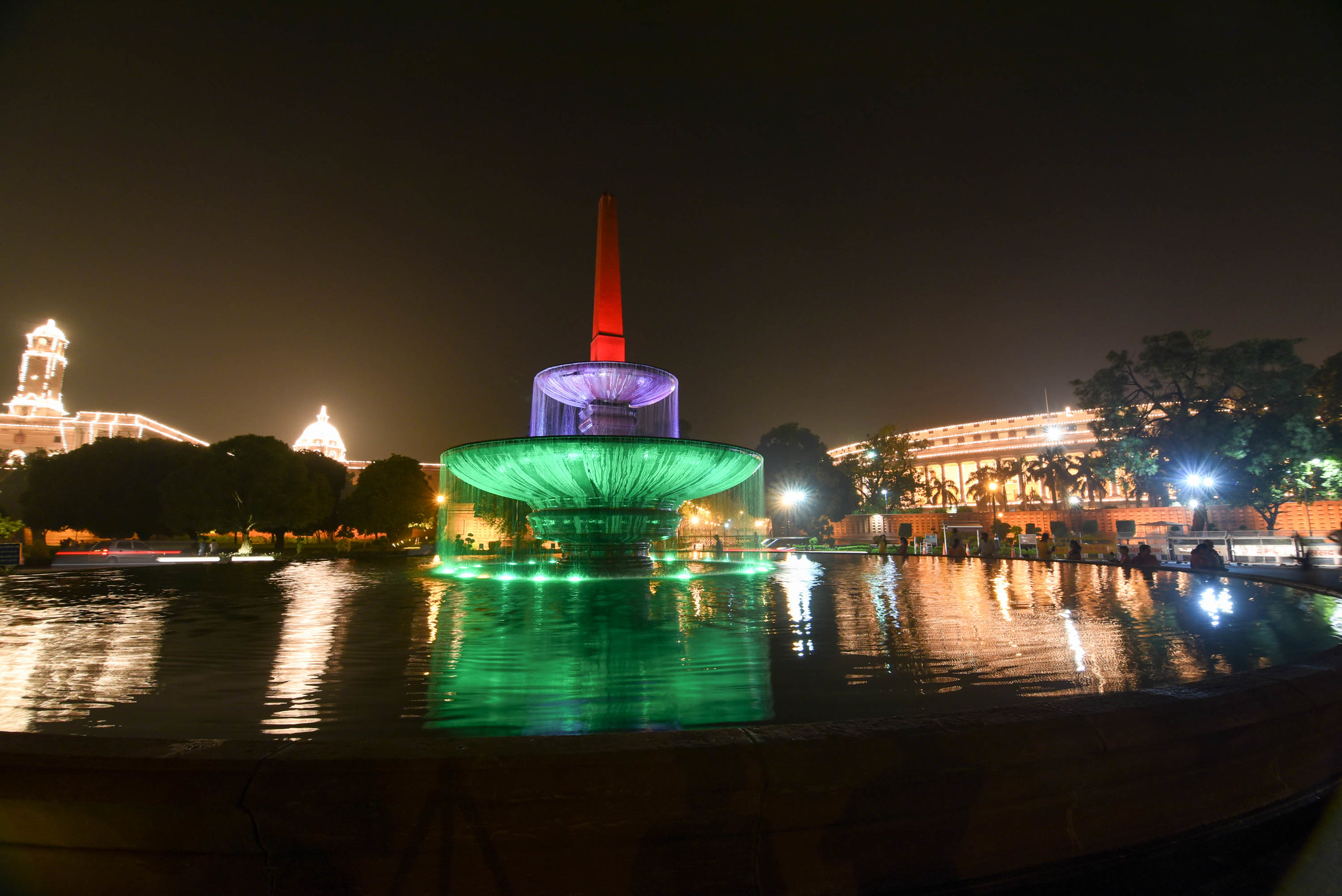 As you look to the right to the Secretaries block, you can spot the circular building with pillars running through its corridor. It’s the Sansad Bhawan, our Indian Parliament House, one of the most graceful monuments of the metropolis. This circular edifice measures 1.6 kms. in circumference with a continuous rows of columns. Inside are three huge halls where the upper and lower houses of Parliament meet to enact laws of the land. 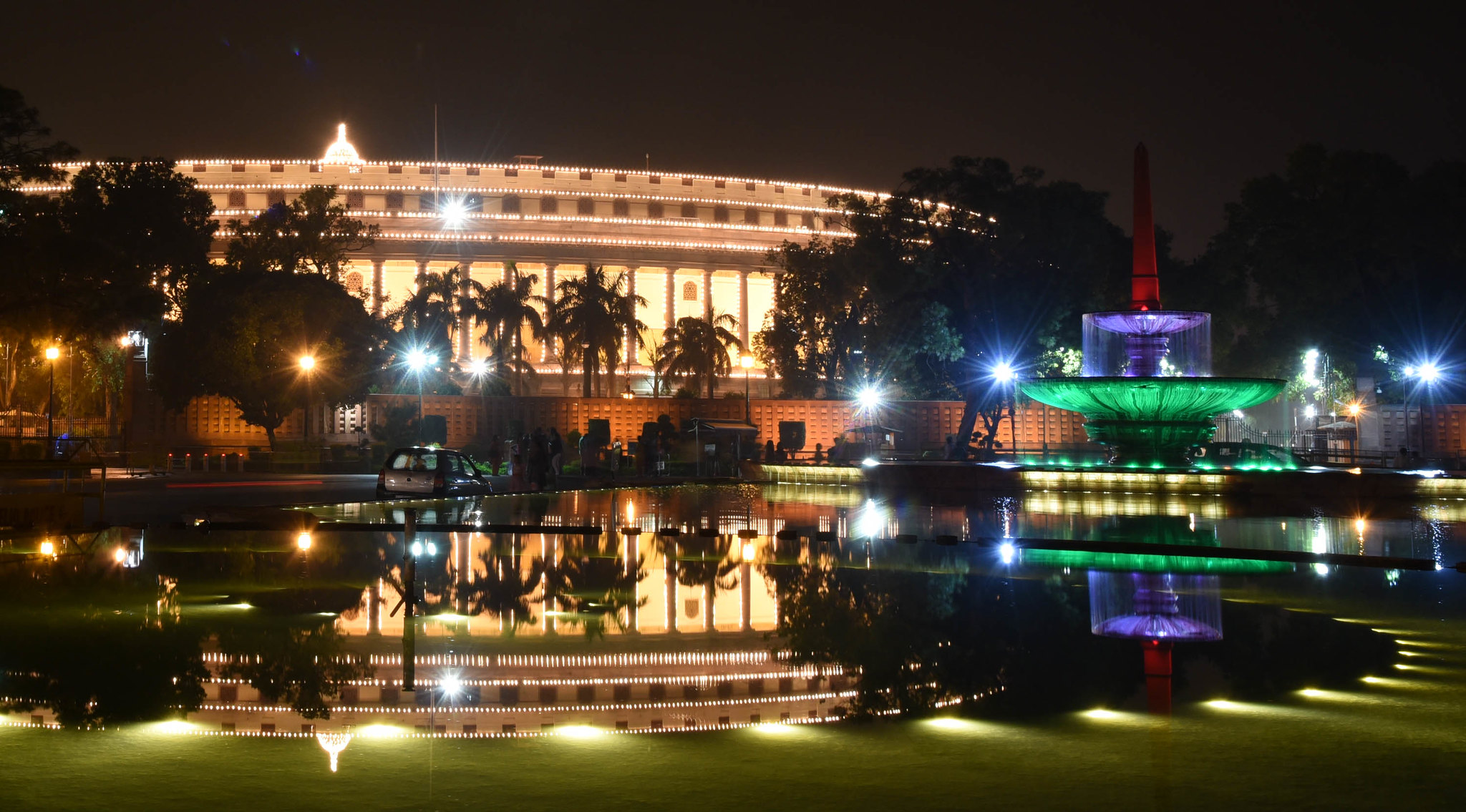 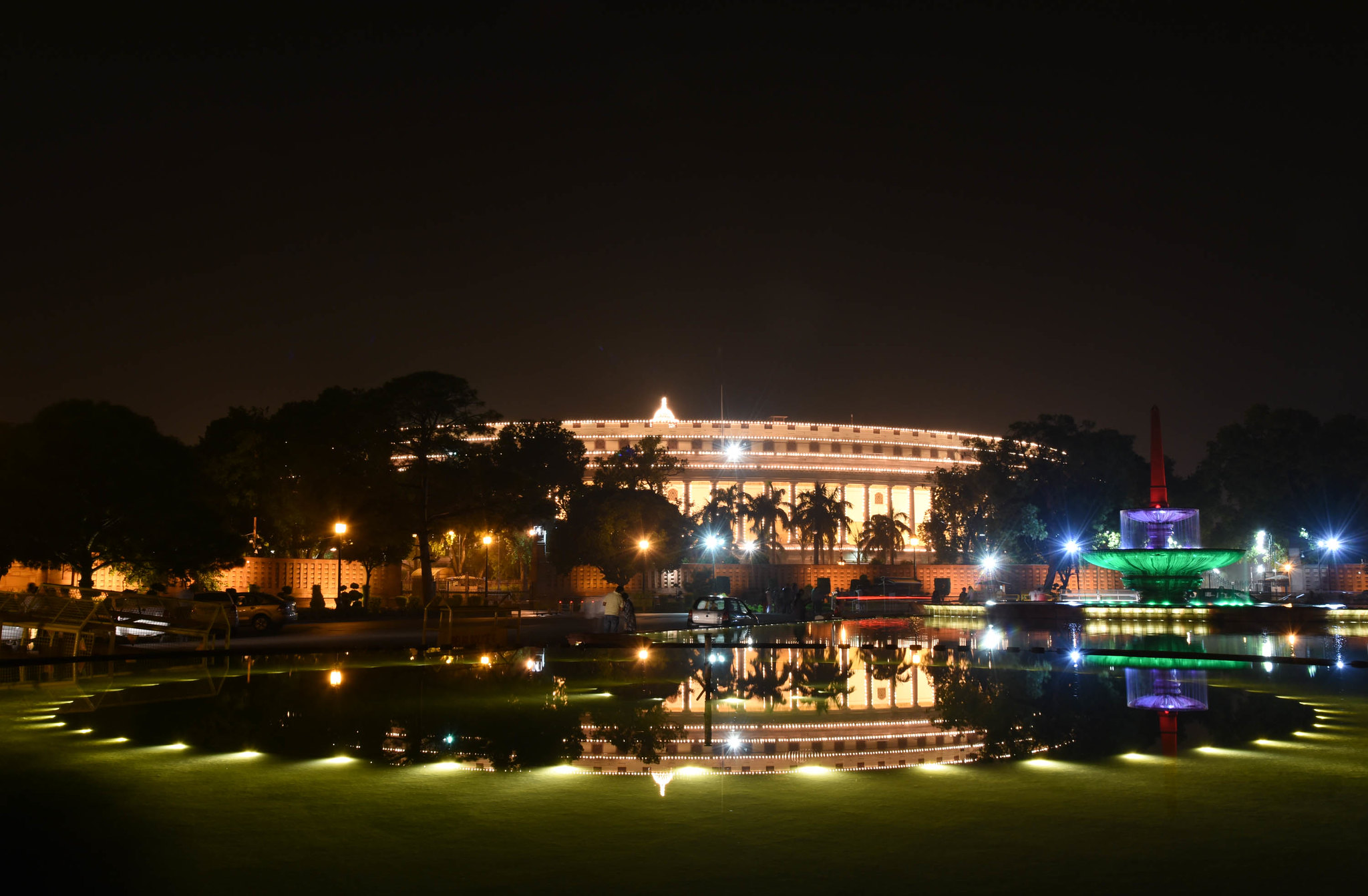 A walk through Rajpath led us to the India Gate and every l true Dilliwalla would have had  ice cream and corn puffs here. The towering war memorial has the Amar Jawan Jyoti, a flame burning round the clock in honour of the soldiers who laid their lives for the motherland. Stand there and pay your tributes to the brave sons of the country.