Opulent buildings standing on the banks of river Hooghly, a town  with an idyllic surrounding, Chinsurah served a perfect weekend destination for the city dwellers of Kolkatta. The former Dutch colony, once a affluent and one of the most beautiful towns of Bengal, is  today reduced to just like any other small town with crowded, unplanned and accompanied with chaotic traffic stuck between the past and the future. 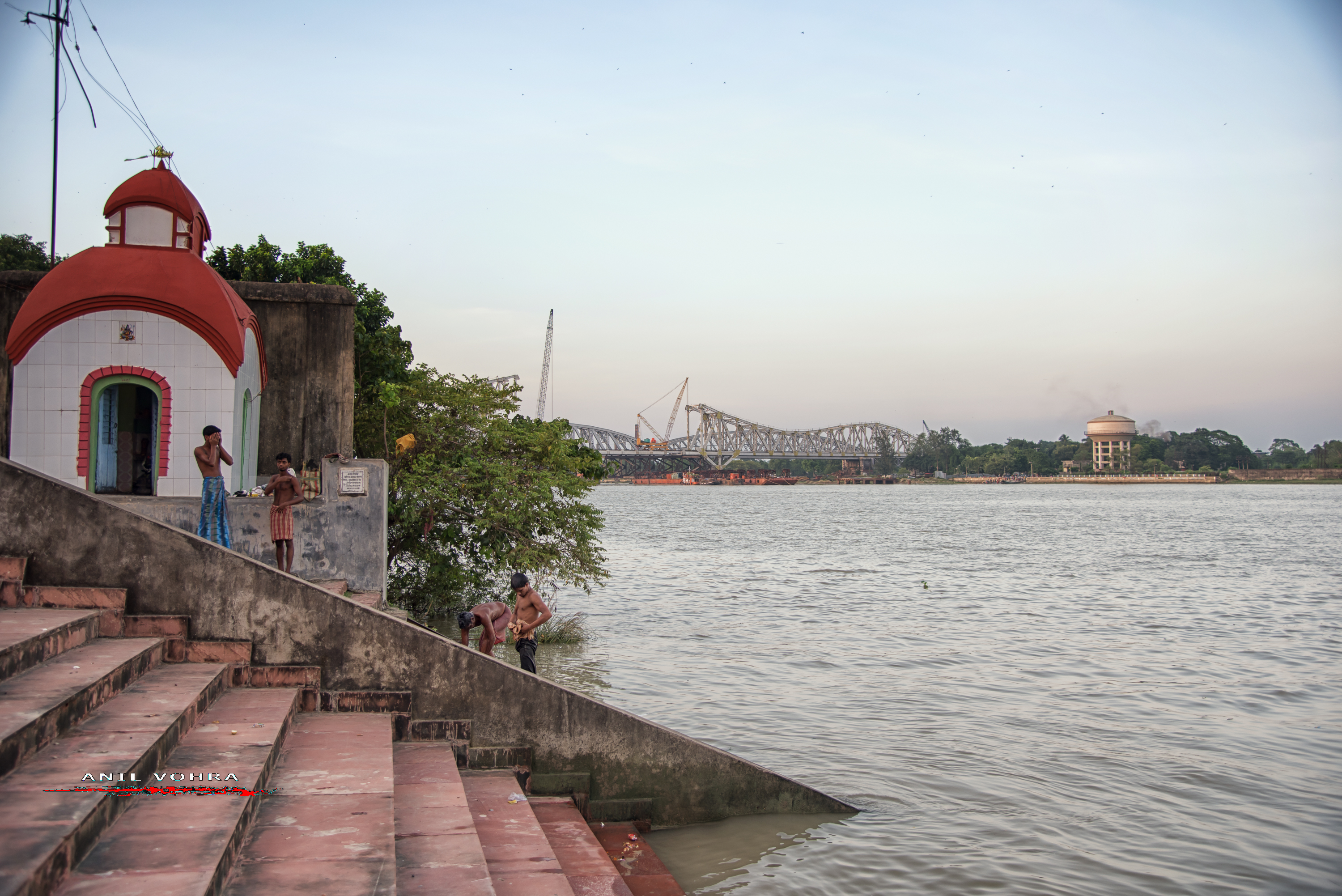 Located 3o miles north of Kolkata in West Bengal,  Chinsurah got flavoured in local dialects as Chinsura, Chuchura, Chunchura and Chuchro but it dint not miss its disctict flavour of Dutch settlements which was at its times,  one of the largest, most splendid trading ports of the Dutch East India Company (VOC -Vereenigde Oostindische Compagnie). As a hub between the Dutch capital of Amsterdam and the Dutch colony in Batavia (present day Indonesia), the town occupied a key position for the VOC. 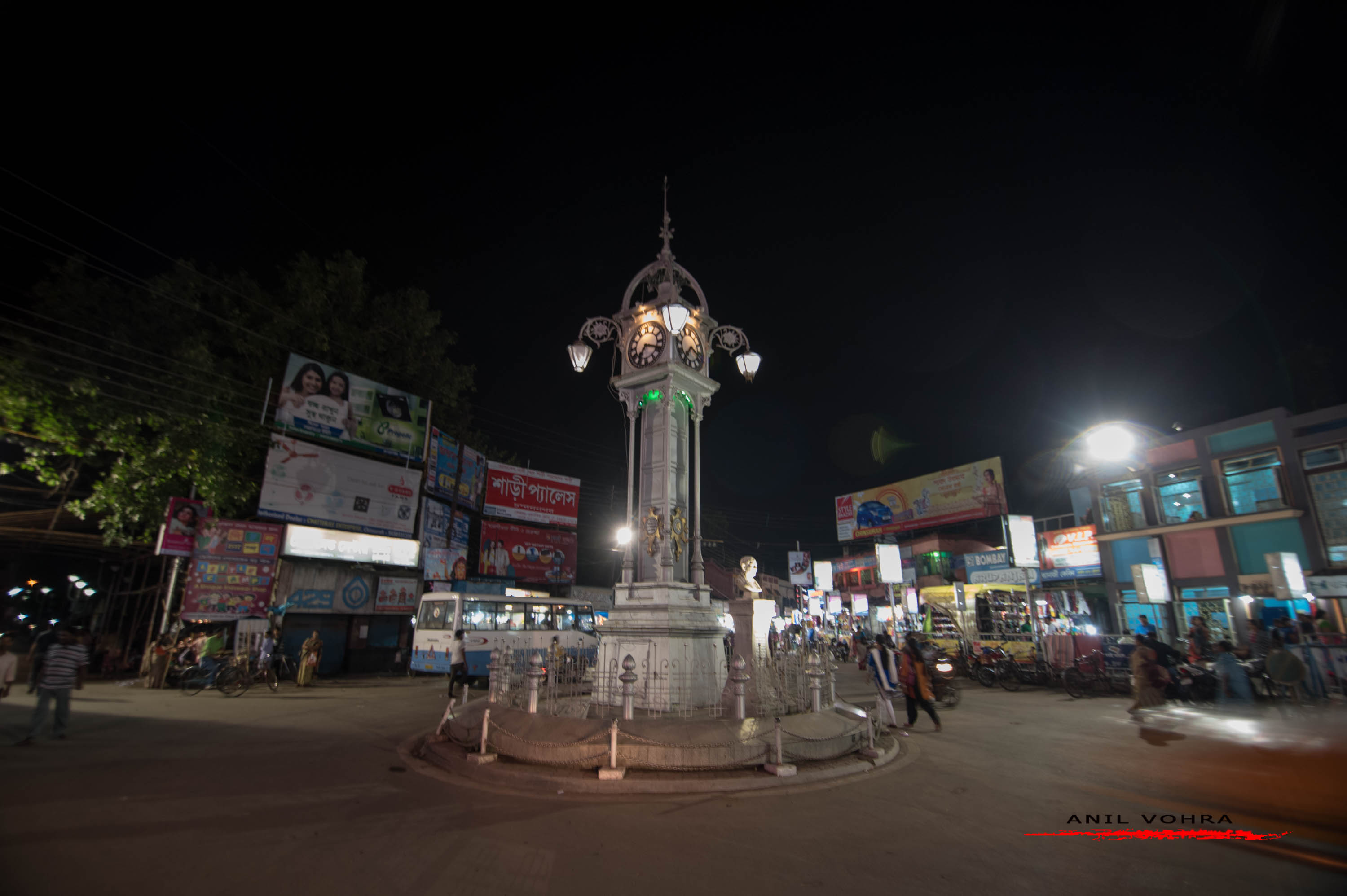 The Portuguese might have founded the town of Hooghly-Chuchura in 1579 but the  roots of this place in history can be traced to centuries back when it was part of the great kingdom of ‘Bhurshut’ and later on became part of the Mughal empire under Akbar in 1556. Early 16th Century, the Portuguese arrived to India led by Vasco da Gama and started setting colonies across the country peninsular including regions along the river Hooghly. After they left, defeated by Shah Jahan’s Mughal forces, the Dutch arrived here in 1628 as the Dutch East India Trading Co. and erected a factory on the site of the town in 1655, known as the Fort Gustavus. 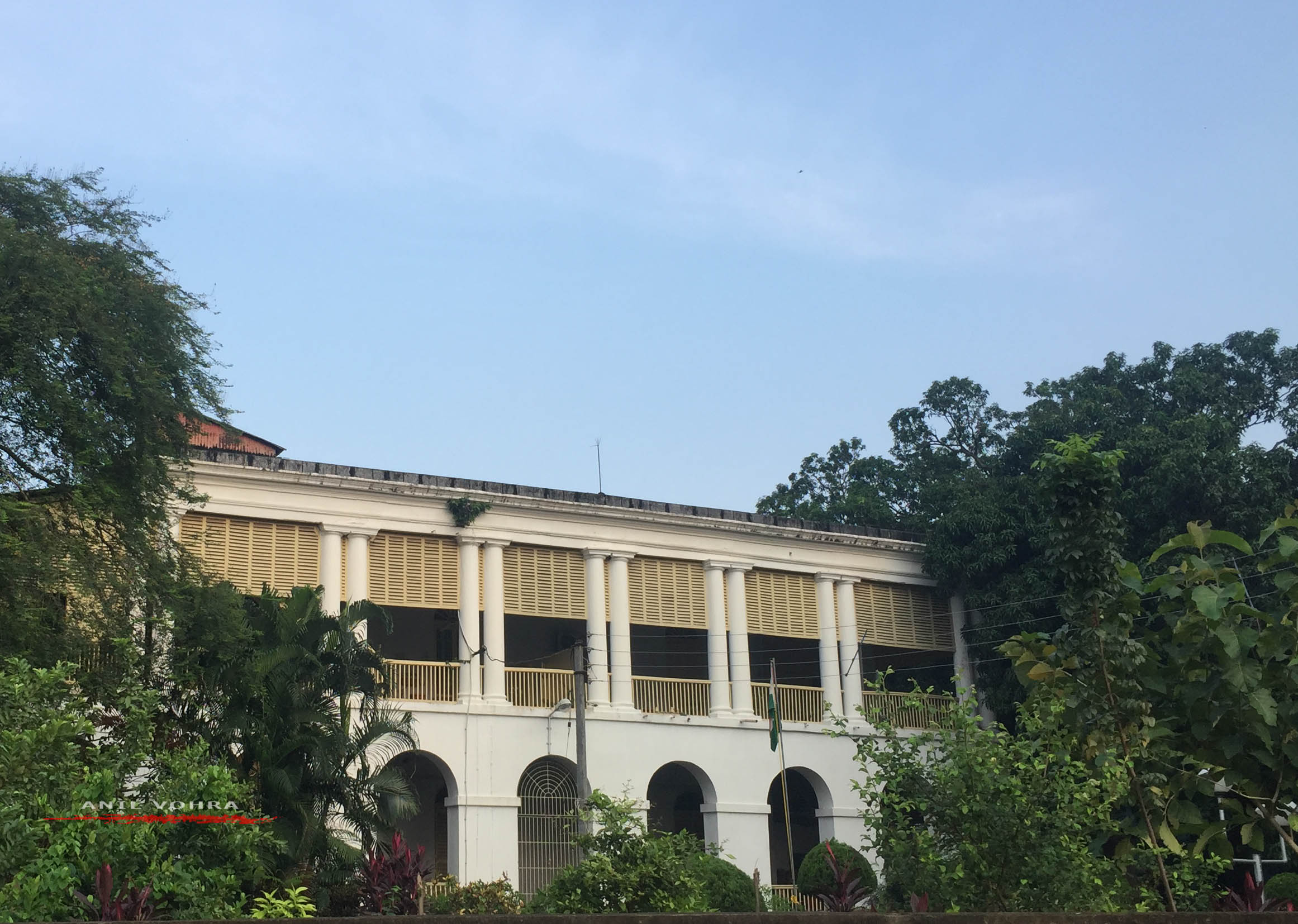 The fortified site served as the primary Dutch settlement and  later on where converted to military barracks for the Dutch and British soldiers. As a reminiscence of the past, there remains cannons from the dutch era strewn around the complex and at the artillery wall. The 200 year old building later formed the Hooghly Madrassa and boasted of glitterati alumni that included Sir Syed Amir Ali, Maulana Abu Bakkar Sidique, Ex Prime Minister of Bangladesh -Tajuddin Ahmed & Shah Azizur Rahman, Scientist Ataur Rahman, Bengali literalist Maniruzzaman Islamabad amongst others 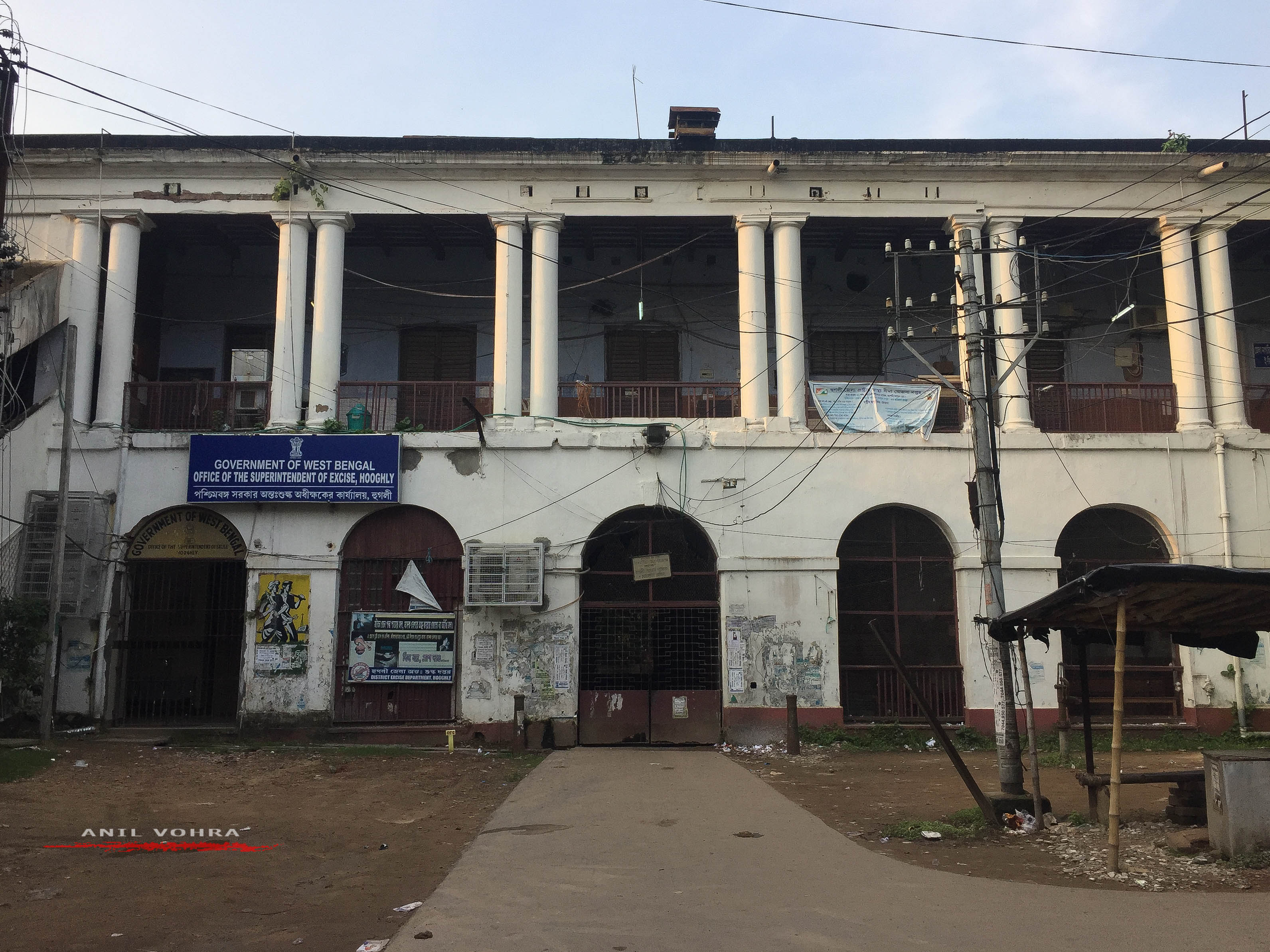 The place soon turned into a flourish trading hub and was counted amongst the prosperous trading town and was home to Dutch, Armenian and native Bengali merchants who traded in saltpetre, opium and other spices for the following 200 years. In 1825 Chinsurah ceded to British. The battle of power and supremacy started with the Battle of Plassey in 1757, where the then Nawab of Bengal,  Siraj-ud-Duala was defeated by  the British army. The British went to dominate the Dutch after they defeated them at Battle of Biddera 1759.  In 1825, Chinsurah was formally ceded to the British in exchange for the islands in the Malay peninsula. 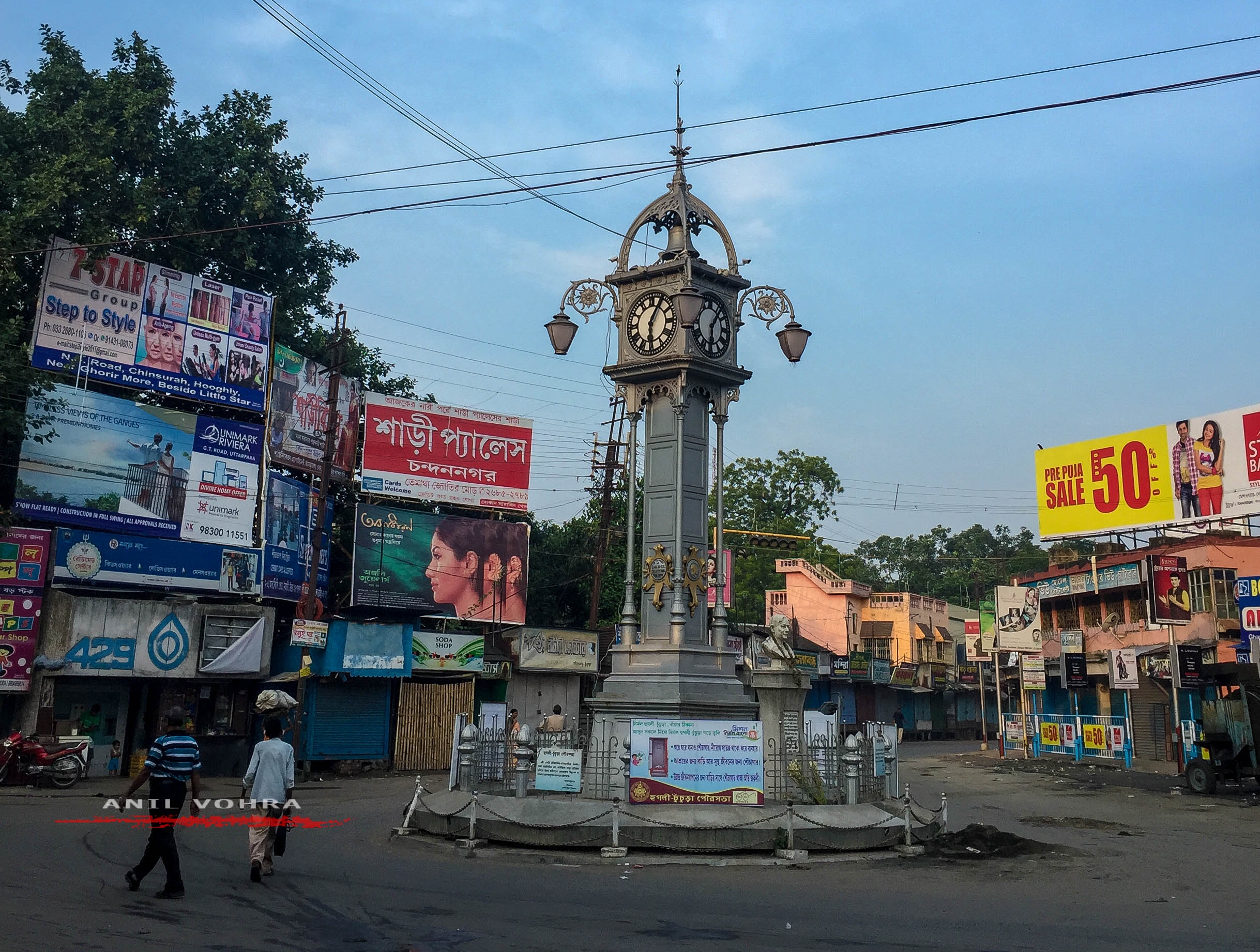 Although known for its Dutch heritage, one of the famous landmarks of Chinsurah is the British built Edwardian clock tower. Located at an radial intersection of roads in central Chinsurah, the clock tower was imported of Edward VII and is crafted in cast iron. 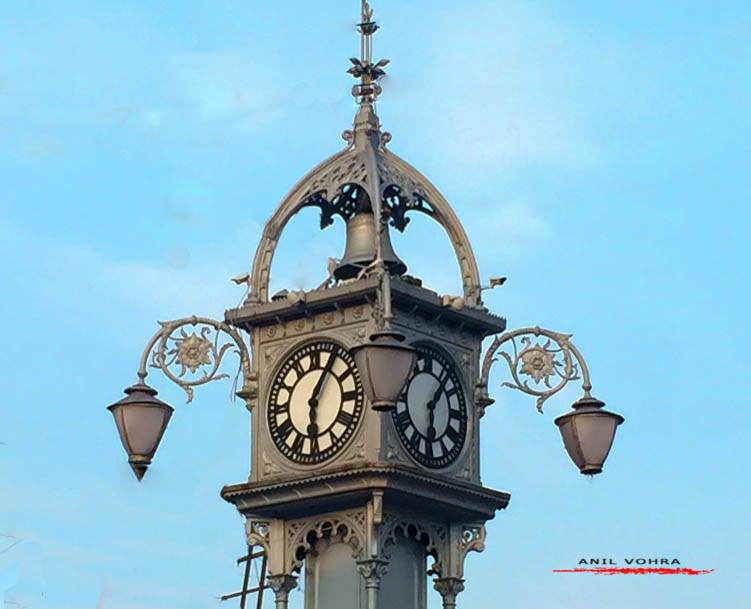 The Clock, which is still working, lends its name to the road junction as  ‘Ghorir More‘ (translated to Clock tower road  junction). Today this place is the epicentre of the town with  government offices, shopping markets, college and institutions, cultural centres and the bus and ferry stands all in its close radius. 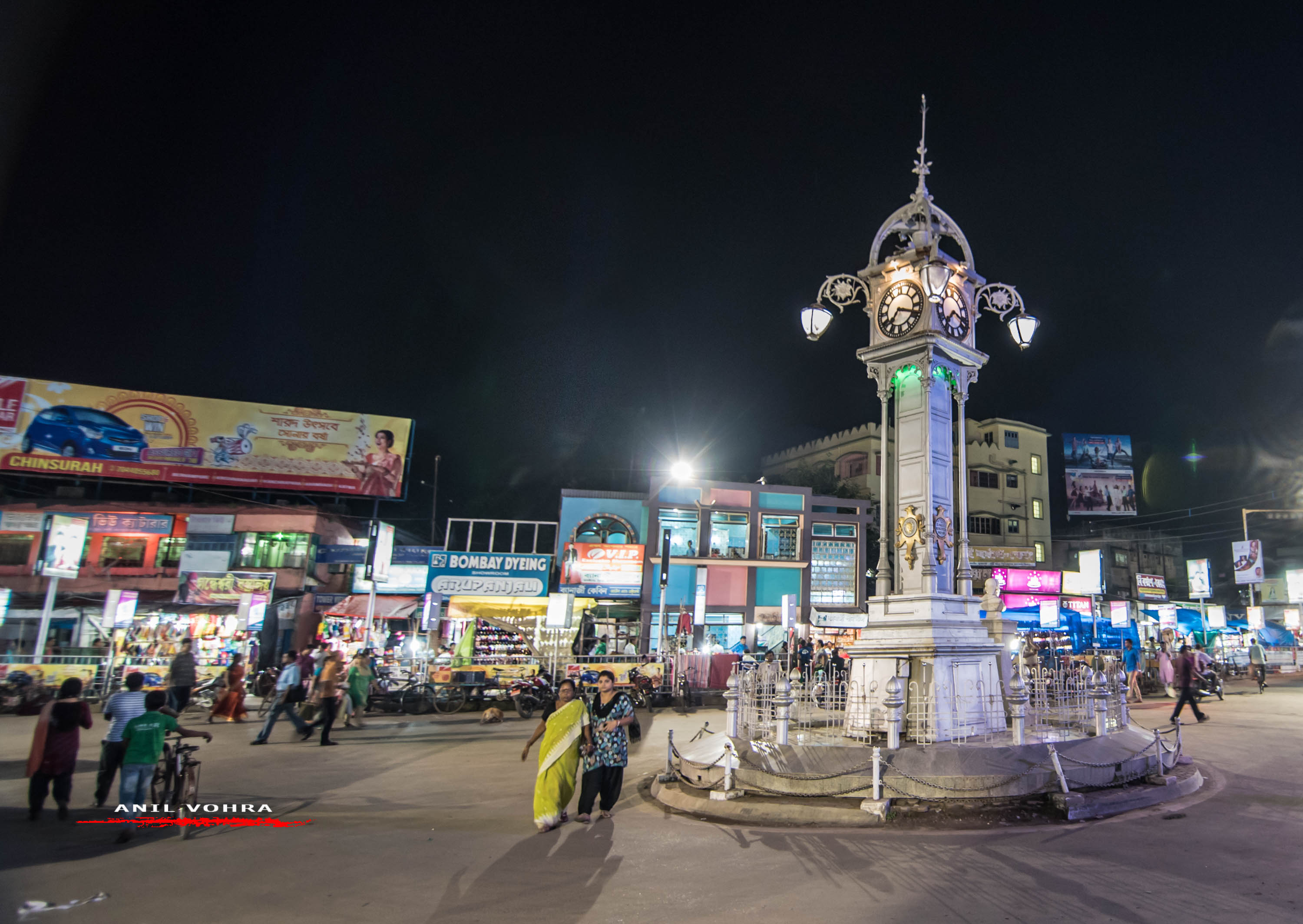 Around the corner of the Ghorir More is a the Hooghly District Court – the centre of law and justice associated with the Kolkatta High Court. The design of the building is influenced by European architecture and is  lined with pillars and corridors with wooden beamed roofs and latticed windows. 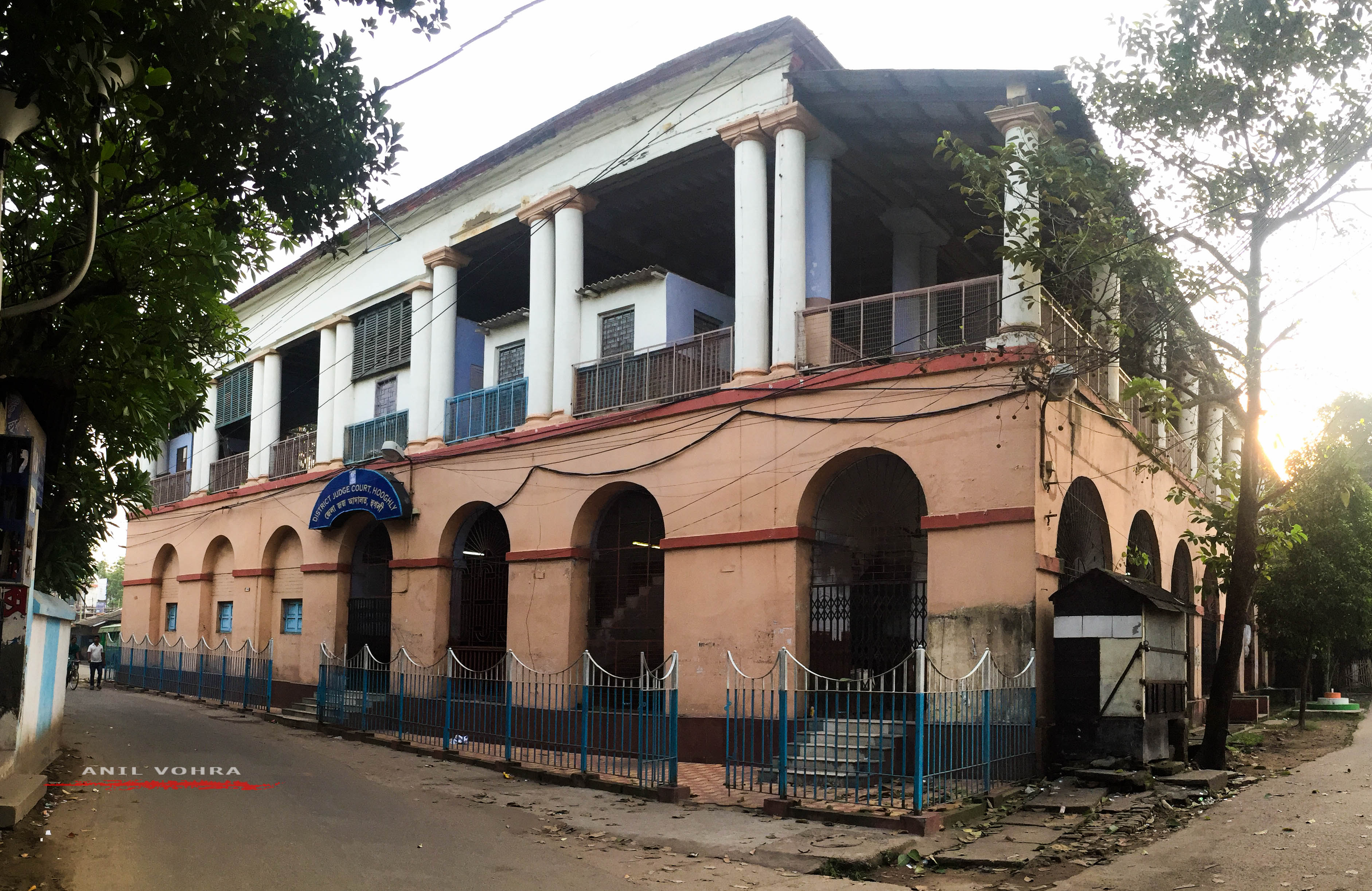 Part of the demolished Dutch Fort Gustava, the building with its long corridors is considered to be the longest building in West Bengal. 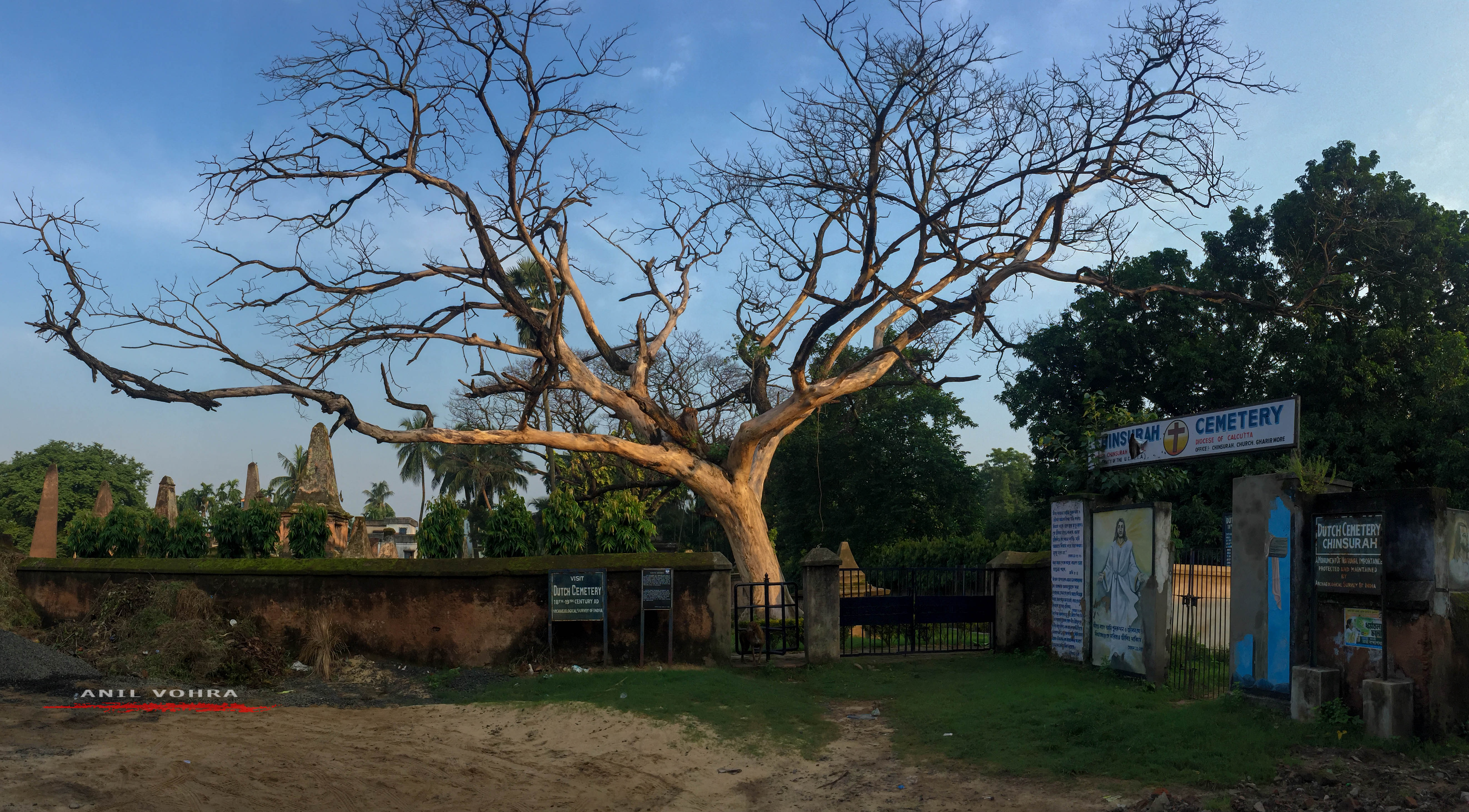 Along with the buildings and landmarks, are the remains of the Dutch settlers from the 18th and 19th Century. The Dutch Cemetery, is a  Archaeological Survey of India (ASI) protected site and has a large number of graves in the form of mausoleums, obelisks, tombs and simple grave stones. The oldest of the graves date back to 1743. Some of the notable Dutchmen buried here include Robert May a pioneer of women education in India, Pieter Sterthemius the first director of the Bengal factories of VOC, George Vernet a page in the French Court who worked his way to become the second in command of a Dutch factory and Jan Albert Sichterman an officer of the company who became very rich and built Sichtermanhuis in Groningen and was a collector of paintings. 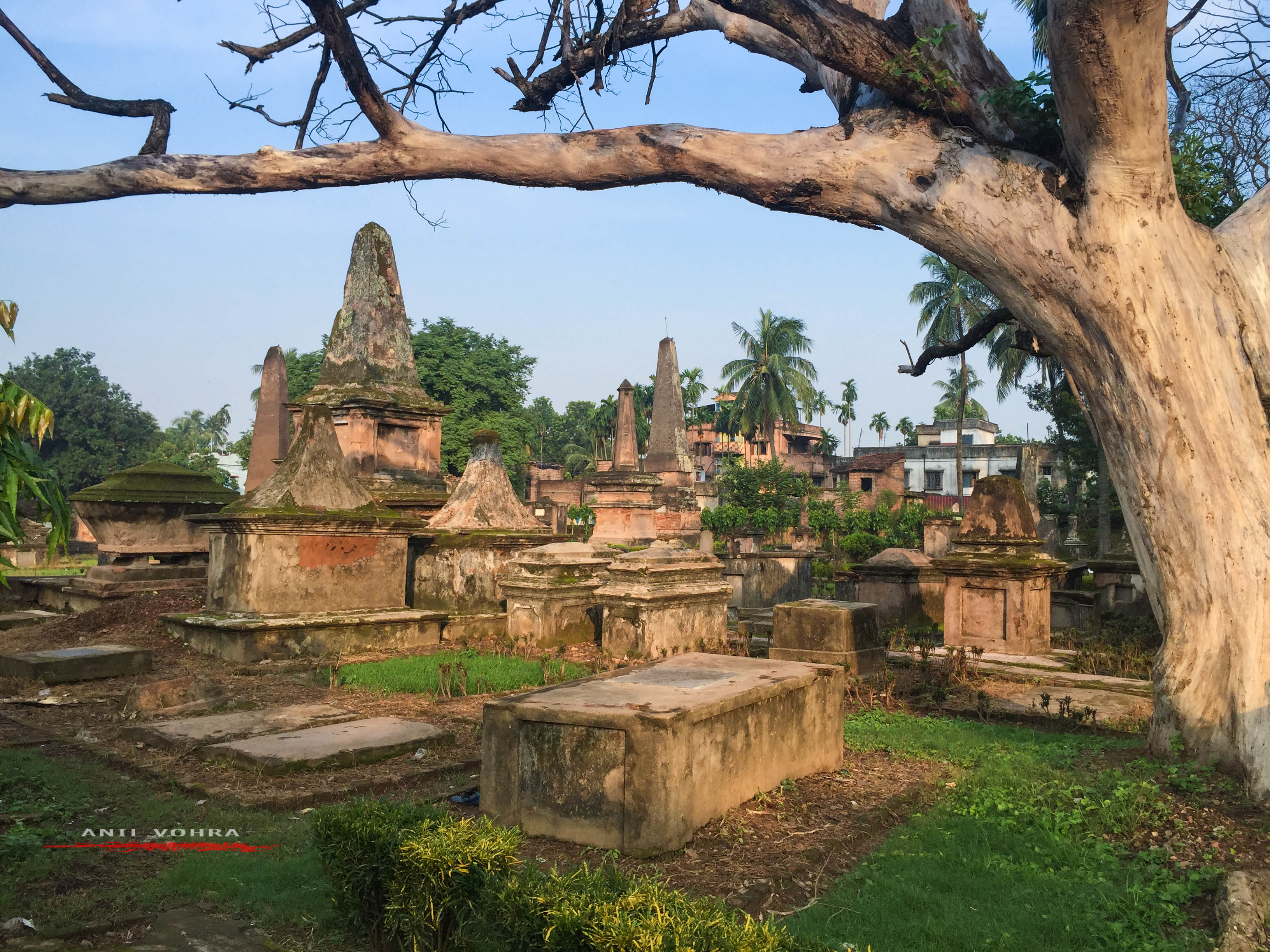 Another famous structure  around Chinsurah are the Tomb of Susanna Anna Marina, who is believed to have had seven husbands and also the inspiration behind Ruskin Bond’s famous novel Susanna’s Seven Husbands.

Between the twin cities of Hooghly and Chinsurah, while the trade was flourishing,  religion found its own place. For the Christians,  Bandel Basilica, a parish church  dedicated to at the  Lady of the Rosary, Virgin Mary. It is one of the most prominent historical churches in West Bengal as well as in India. 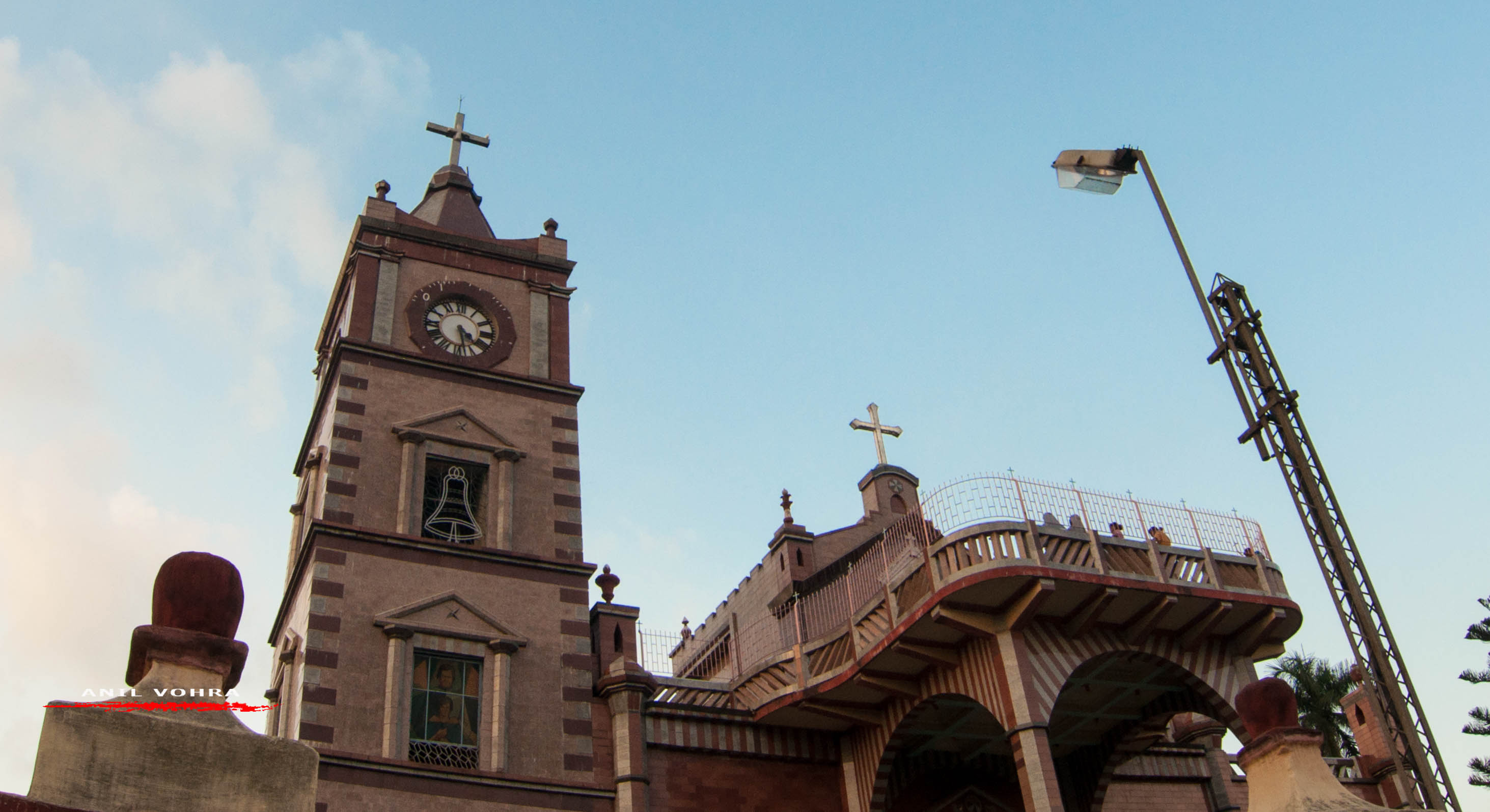 According to legend, almost 500 years ago, local fishermen rescued a representation of Shandeshwar (a form of Shiva) from the waters of the Ganga, and a local landlord created a temple for the deity – the Shandeshwar Temple. A brass drum or dhal presented by Dutch Governor is still used in this temple. 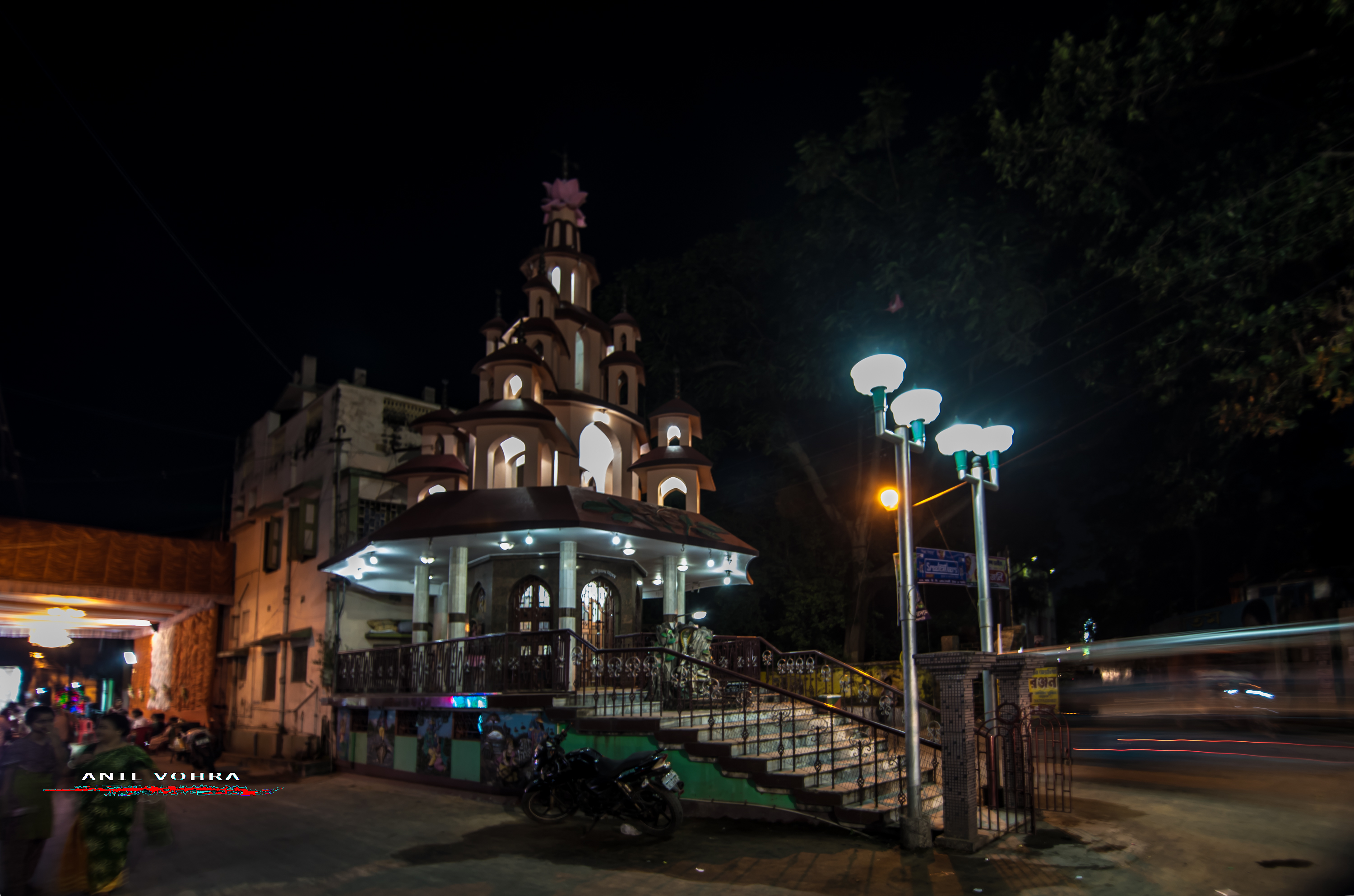 Both Chinsurah and Hooghly played a role in the Bengal renaissance and the Indian independence movement. “Vande Mataram“, India’s national song, was composed by Bankim Chandra Chattopadhyay at Joraghat in Chinsurah. Nazrul Islam’s revolutionary songs were penned while he was imprisoned by the British in Hooghly Jail. The town was home to Jyotish Chandra Ghosh (Mastar mashay), hailed as a guru by Netaji Subhas Chandra Bose and mathematician Narayan Chandra Ghosh. Other notable figures associated with the town include Sarat Chandra Chattopadhyay and freedom fighters like Bhudev Mukhopadhyay and Bijoy Modak.

3 thoughts on “A slice of Dutch history – Chinsurah”