For anyone growing up in Bengal, Felu da was a name to reckon to with  heroics nothing less than that of his counterpart from MI6, code named 007. The character come from Satayajit Ray’s famous direction ‘Sonar Kella’ based on the adaption of the book by the same name. The movie was a bewitching comedy-thriller for children of all ages -an exciting and fun-filled journey that takes audiences from Calcutta to Jaisalmer in Rajasthan including Felu and friends chasing a train on a camelbacks. Circa 2015 end, its was time to experience Jaisalmer and be at the ‘Sonar Kella’ (bengali for ‘Golden Fort’) and live a Felu da’s adventure in the living fort that was honeycombed with narrow, winding lanes, lined with houses and temples – along with a large number of handicraft shops, guesthouses and restaurants. 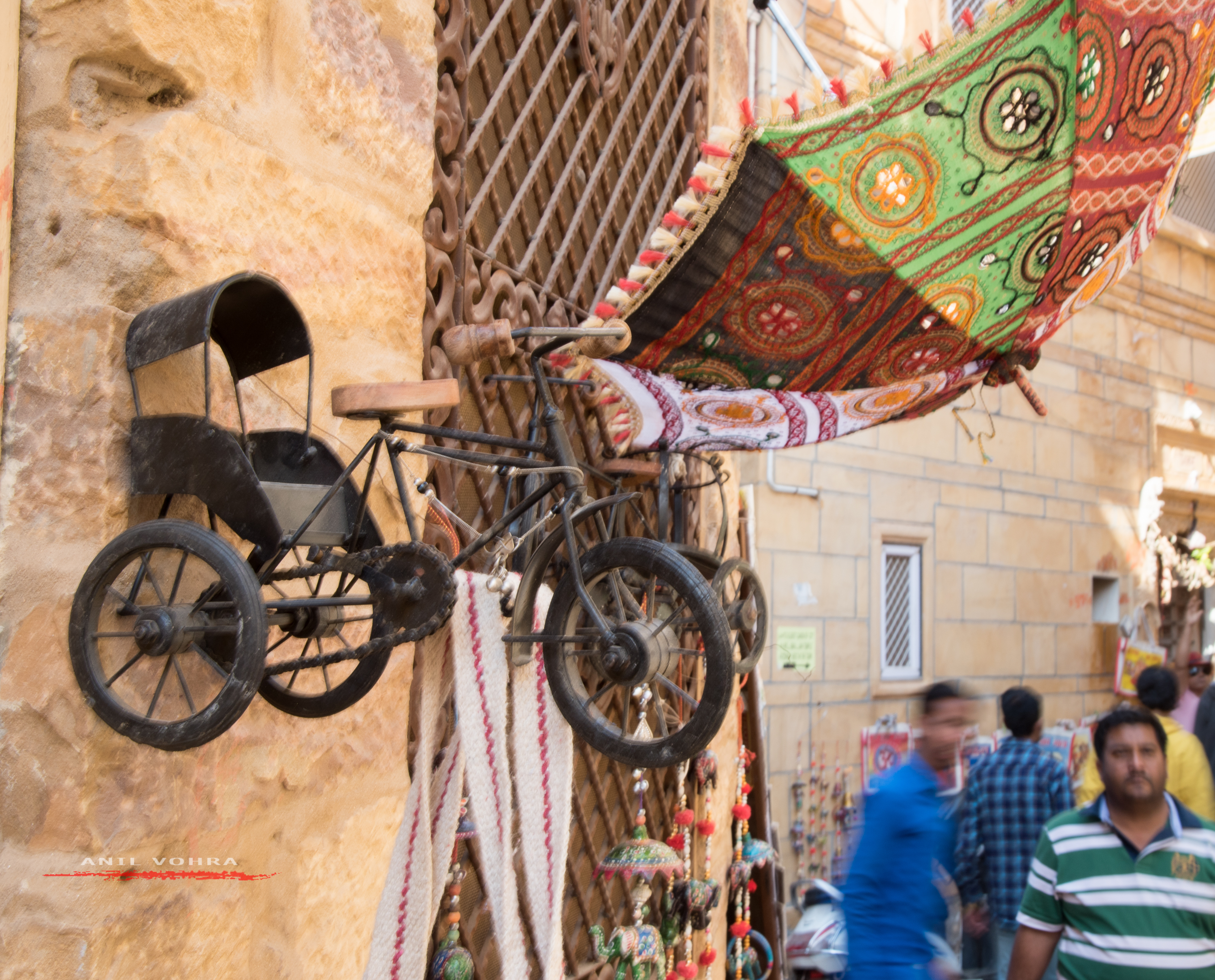 Perched in the heart of the Thar Desert (literal meaning abode of the dead), it upsurges like a mirage from the golden sands, with its huge lookout tower pointing skywards. Built in 1156, Jaisalmer is the second oldest of Rajasthan’s major forts after Chittorgarh. Founded by Raja Jaisal, who was desperately in search for a new capital as Lodurva, the earlier capital was easily accessible for invasions. 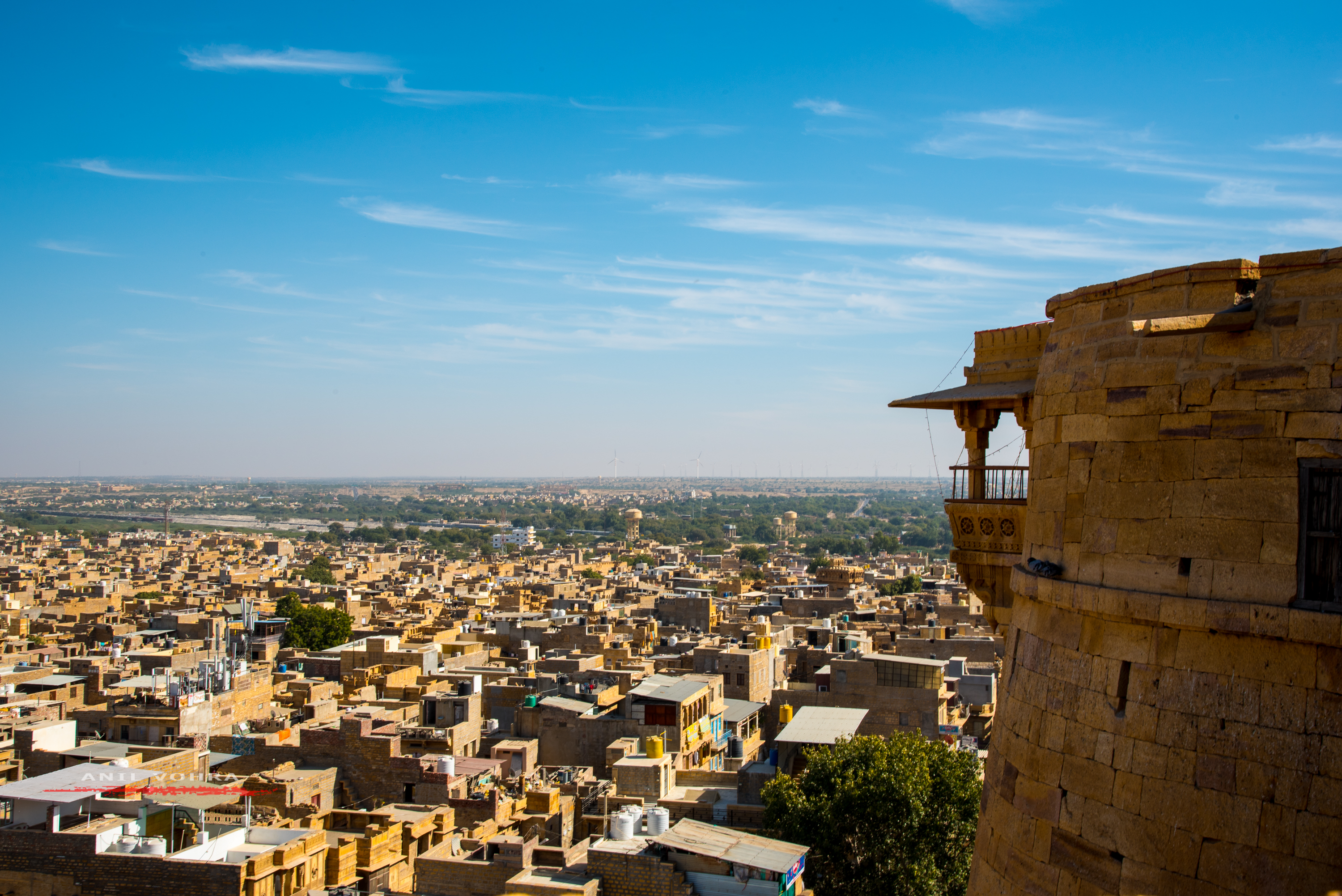 The fort itself stands on a high hillock known as Trikuta Hill (80 meter high). There are two parallel walls around it, the lowest wall famous as “Peetha” had served as a base wall.  Two other parallel walls,  built up of solid blocks of stone, without use of mortar or clay were erected as a buttress and outer walls to act like a shield.     You enter the fort from the east, near Gopa Chowk, and pass through four massive gates on the zigzagging route to the upper part. The final gate opens into the square that forms the fort’s centre, Dashera Chowk. The fort palace has many squares which were formerly used to review troops, hear petitions and present extravagant entertainment for important visitors. 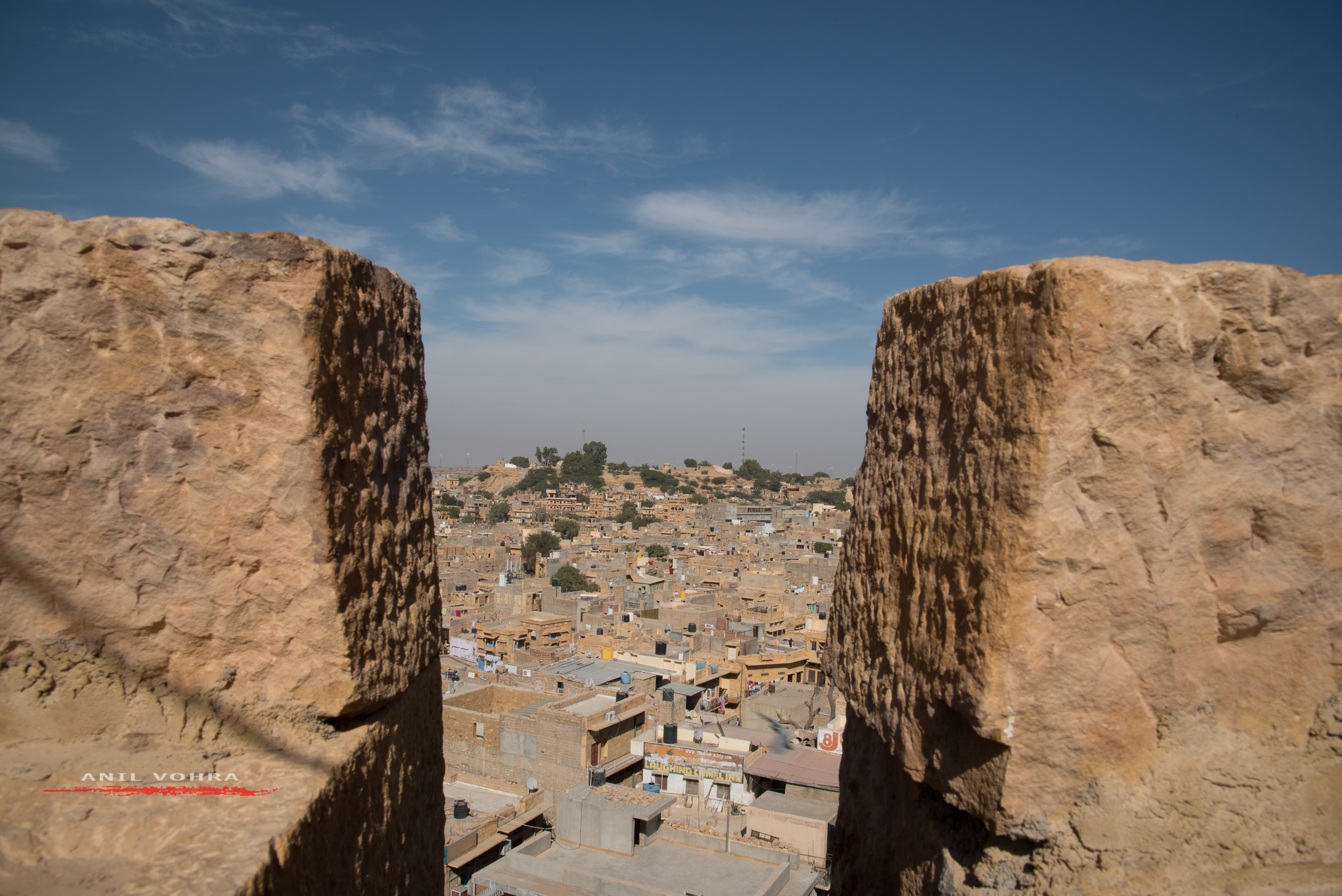 Towering over the fort’s main square, and partly built on top of the Hawa Pol (the fourth fort gate), is the former rulers’ elegant seven-storey palace. Much of the palace is open to the public – floor upon floor of small rooms provide a fascinating sense of how such buildings were designed for spying on the outside world. The doorways connecting the rooms of the palace are quite low. This isn’t a reflection on the stature of the Rajputs, but was a means of forcing people to adopt a humble, stooped position in case the room they were entering contained the maharawal. 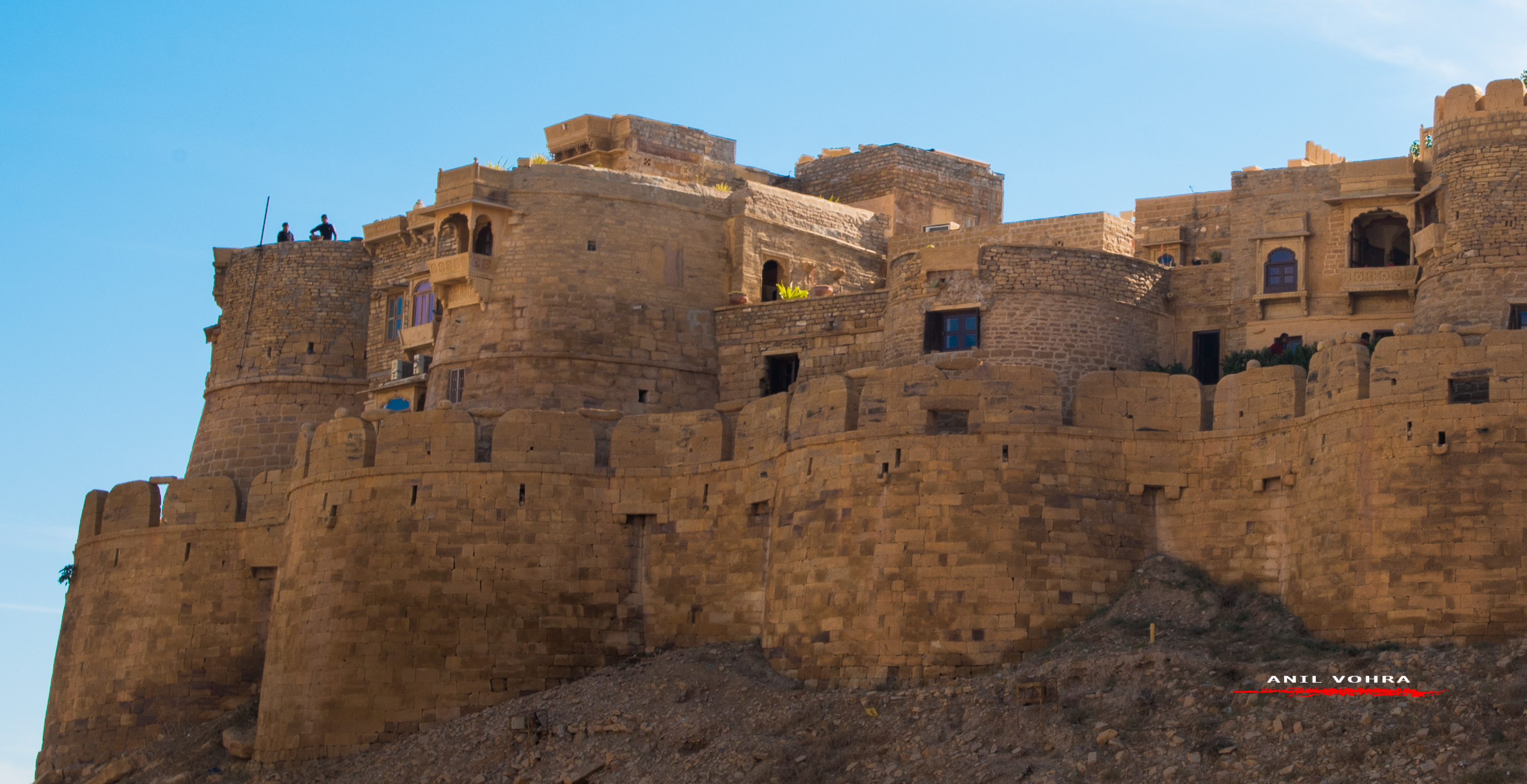 This hefty fort looks more beautiful with the desert ambiance and setting sun, which gives it a golden look as you see from outside the fort.

Within the fort walls is a maze-like, interconnecting treasure trove of seven beautiful yellow sandstone Jain temples, dating from the 15th and 16th centuries. 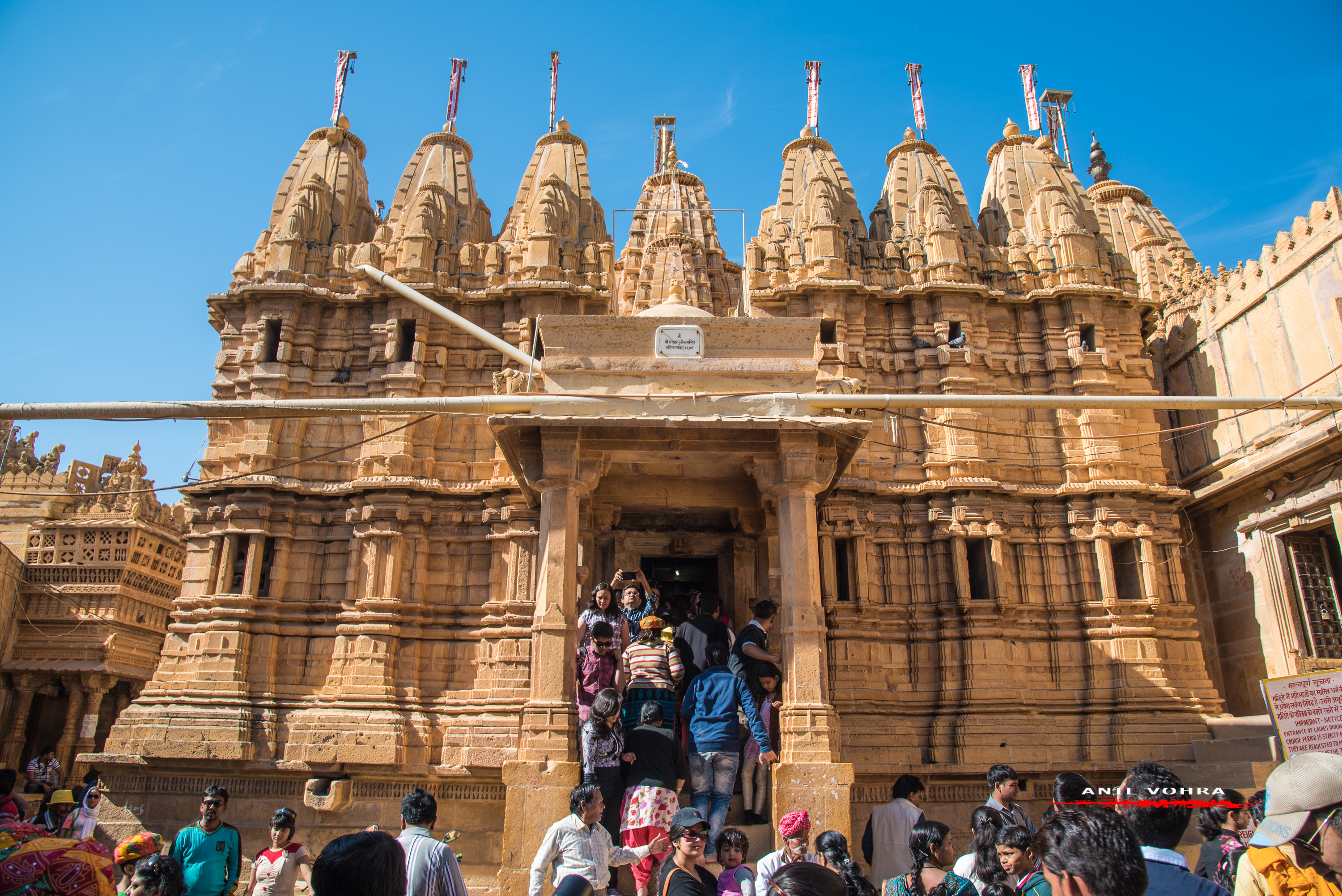 Though open on all days, the opening times of the temples have a habit of changing, so check with the caretakers

A visit to the world largest Jaisalmer’s unique fort is a living urban centre with about 3000 people residing within its walls. It is one of the only living forts in the world. In recent years, the fabric of the fort has faced increasing conservation problems due to unrestricted water use caused by high tourist numbers. 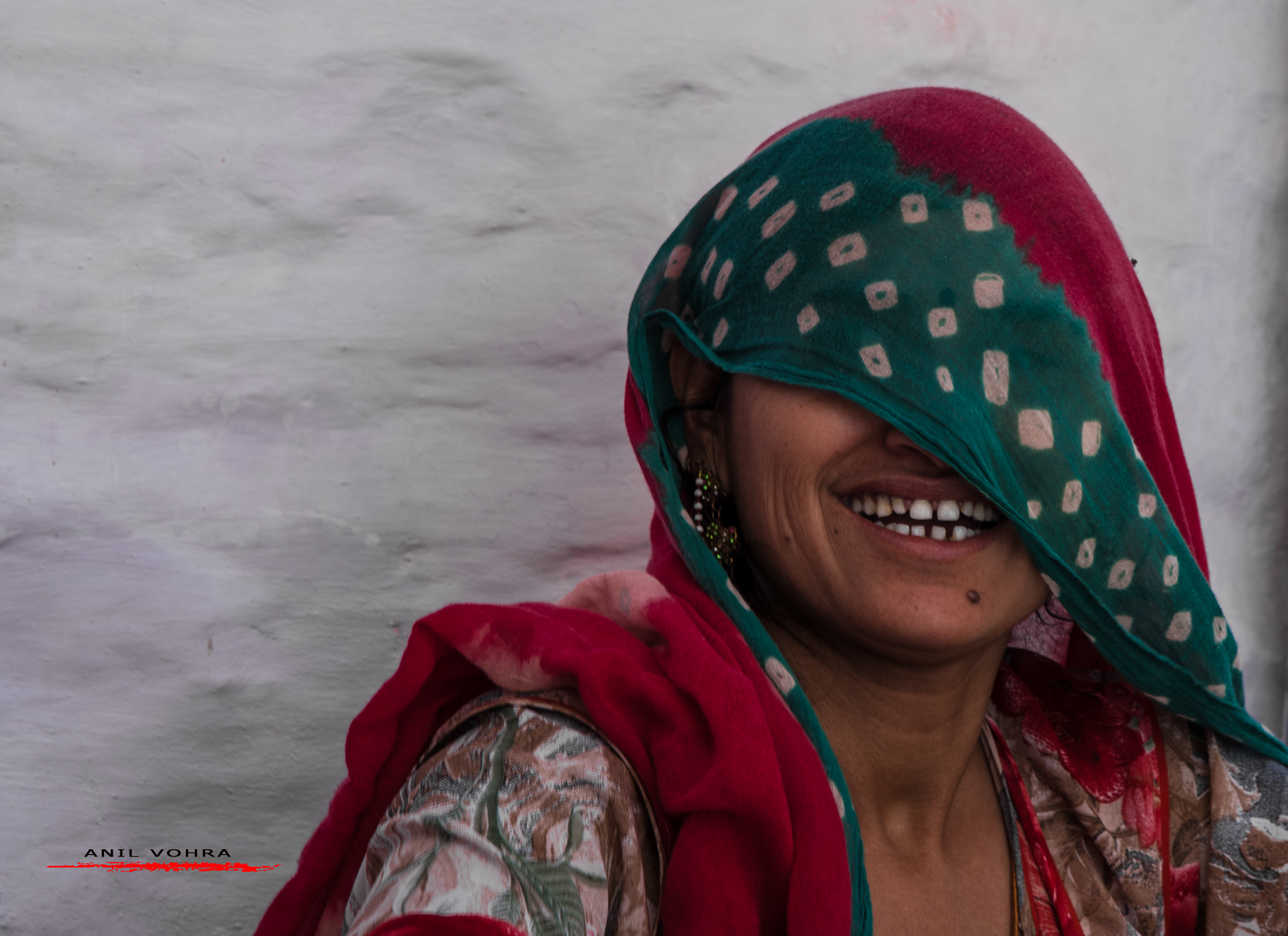 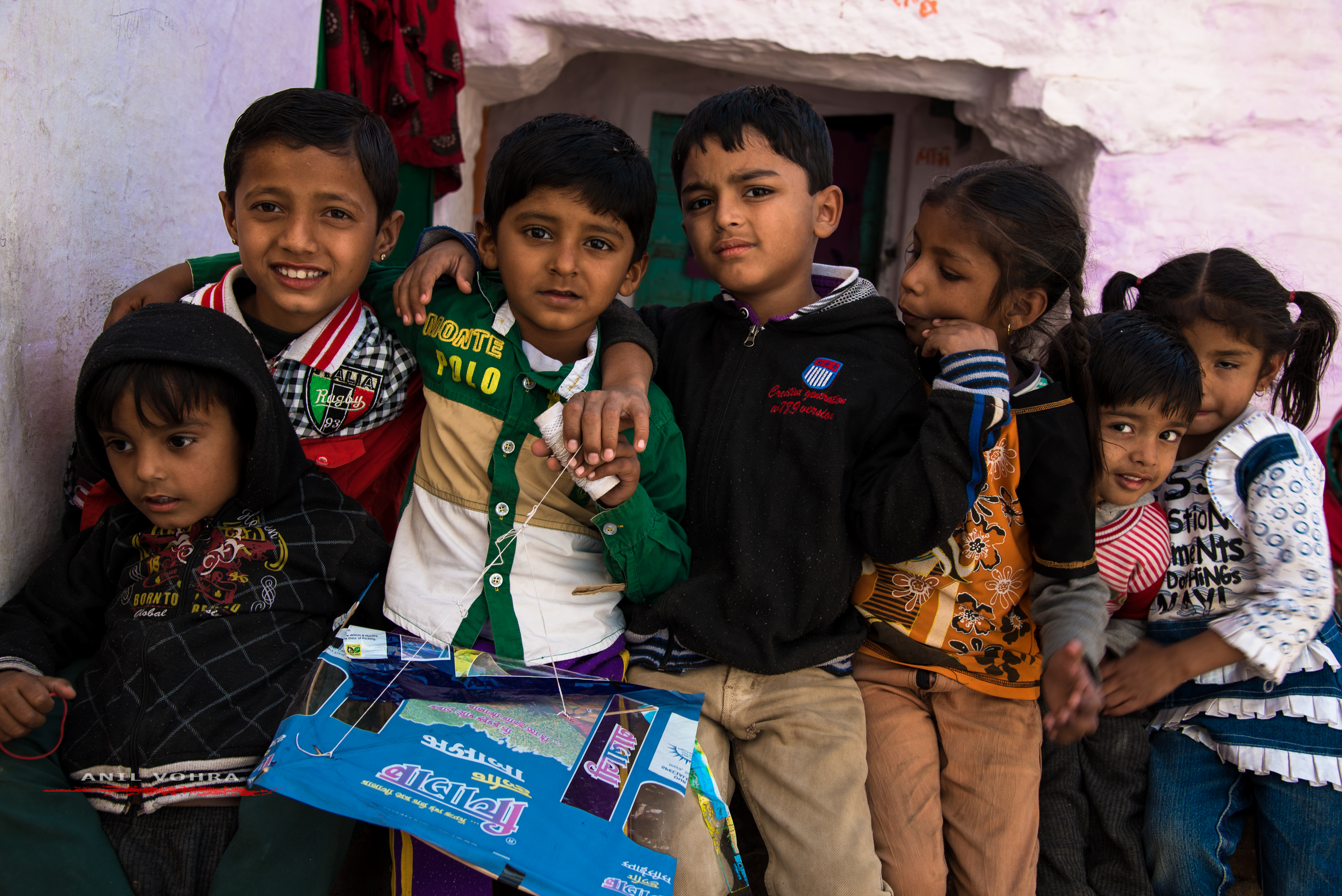