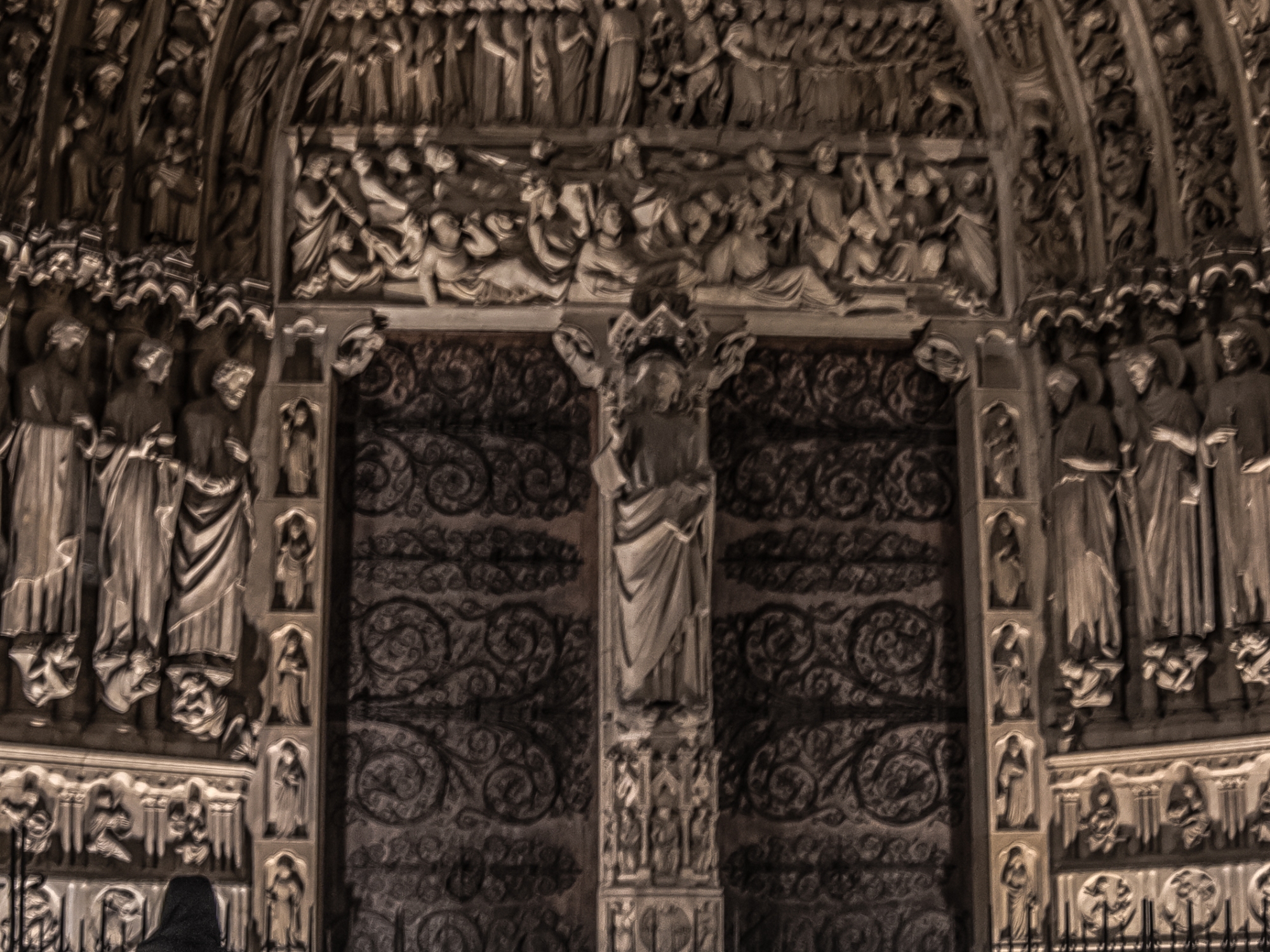 In Paris and looking for something special to do after hours ? Throw those guidebooks and maps and head towards the  Île de la Cité for a  unique experience of Notre Dame at their Late Night Shows. Every Friday, Saturday and Sunday the famous Cathedral puts on a display like no other to  experience the medieval cathedral as never seen before. 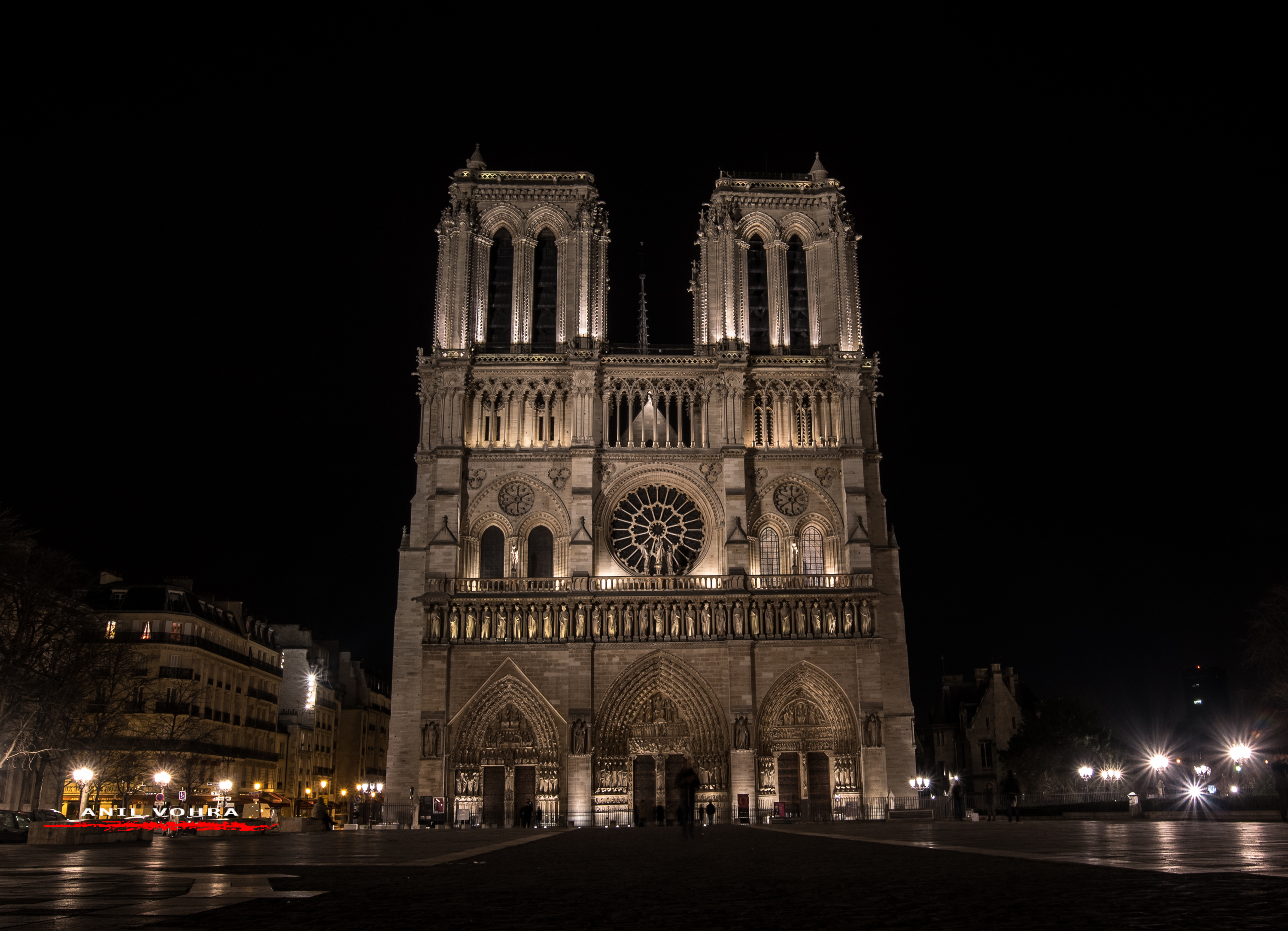 French for “Our Lady of Paris” – Notre-Dame de Paris also known as Notre-Dame Cathedral or simply Notre-Dame, is a medieval Catholic cathedral on the eastern half of the island called Île de la Cité and is Paris’ most visited unticketed site, with upwards of 14 million visitors per year and its vast interior accommodates 6000 worshippers. 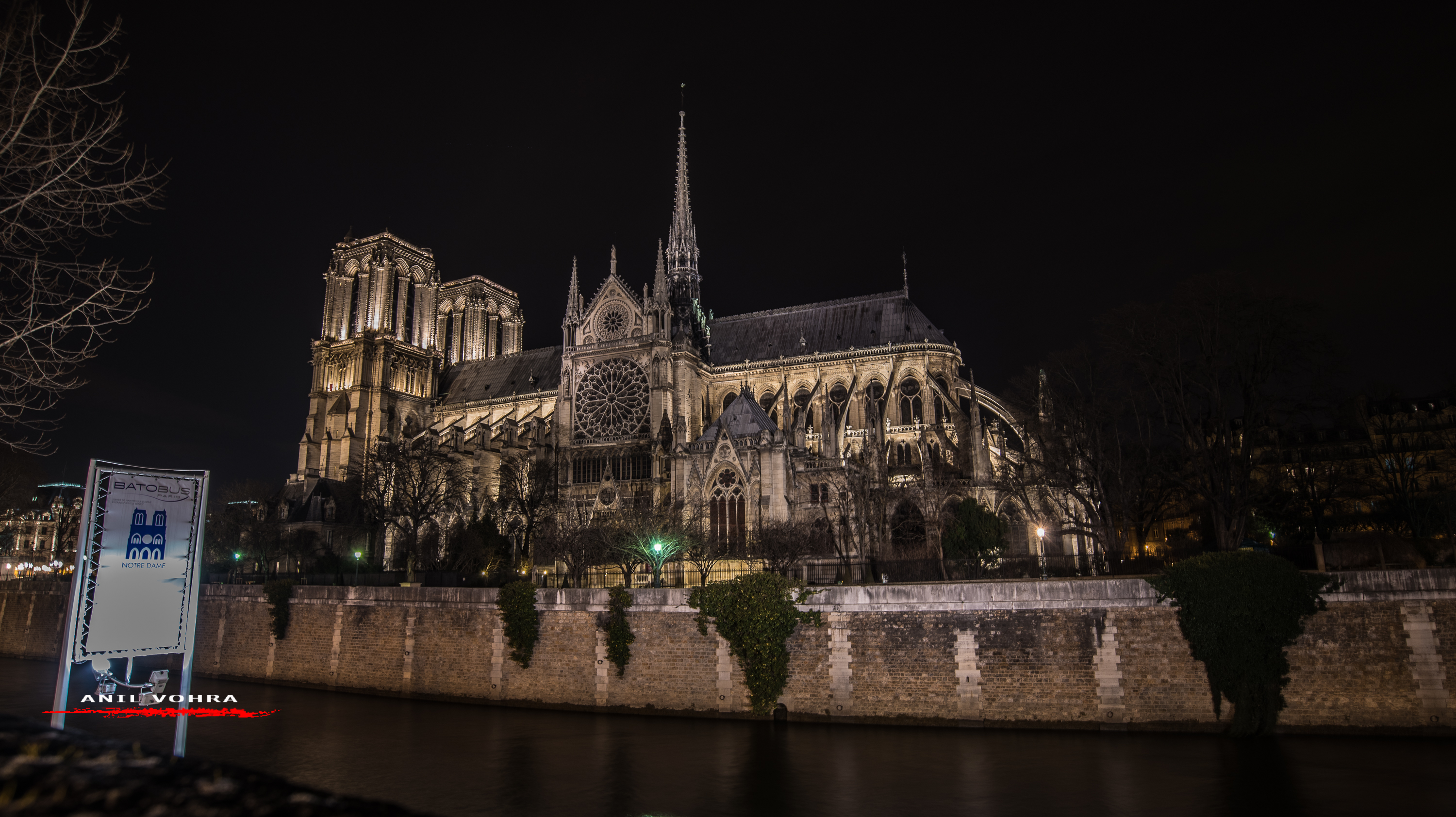 The cathedral is widely considered to be one of the finest examples of French Gothic architecture, and it is among the largest and most well-known church buildings in the world. Highlights include its three spectacular rose windows , treasury , and bell towers , which can be climbed. From the North Tower, 400-odd steps spiral to the top of the western façade, where you’ll find yourself face-to-face with frightening gargoyles and a spectacular view of Paris. 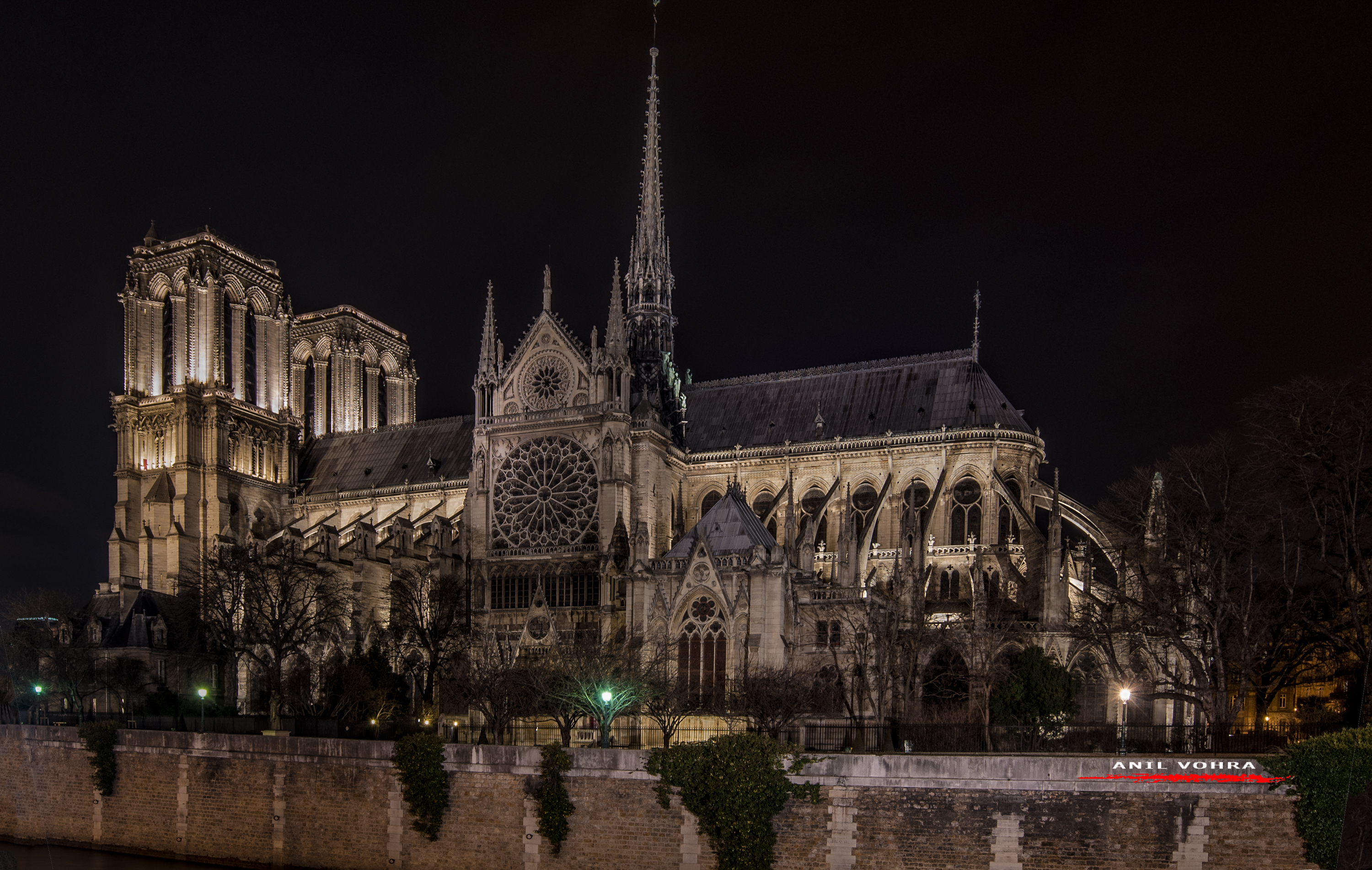 Notre Dame was built on a site occupied by earlier churches and, a millennium before that, a Gallo-Roman temple, Cathédrale Notre Dame was begun in 1163 according to the design of Bishop Maurice de Sully and largely completed by the early 14th century. The cathedral was badly damaged in the 1790s,  during the radical phase of the French Revolution. Much of its religious imagery was damaged or destroyed and later on extensive renovations was carried out in the between 1845 and 1864. 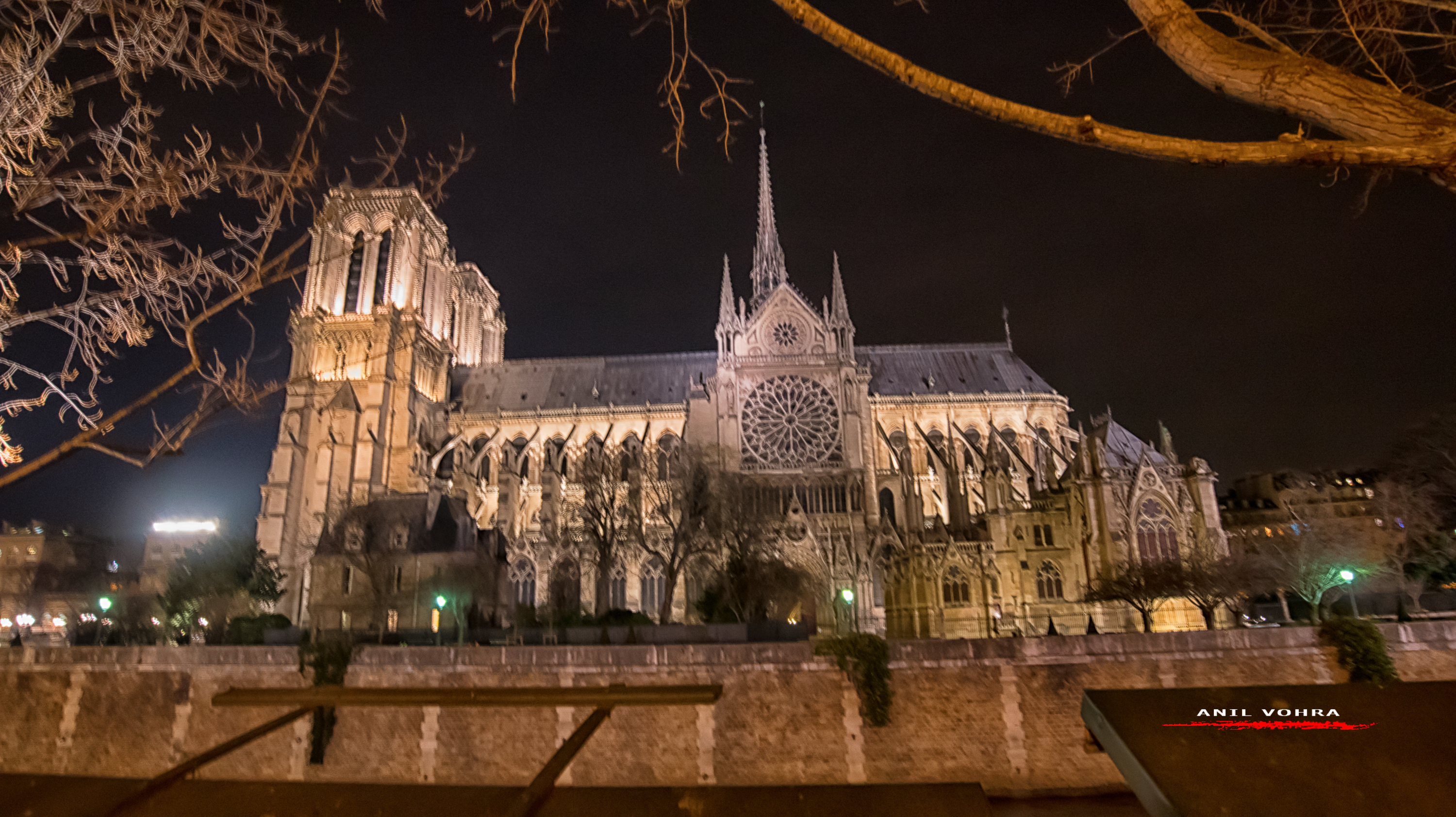 Inside, the central choir , with its carved wooden stalls and statues representing the Passion of the Christ, is noteworthy. The treasury contains artwork, liturgical objects and first-class relics. Among these is  the ‘Holy Crown’, which is  the wreath of thorns placed on Jesus’ head before he was crucified, brought here in the mid-13th century. the bells are the other main attractions here. 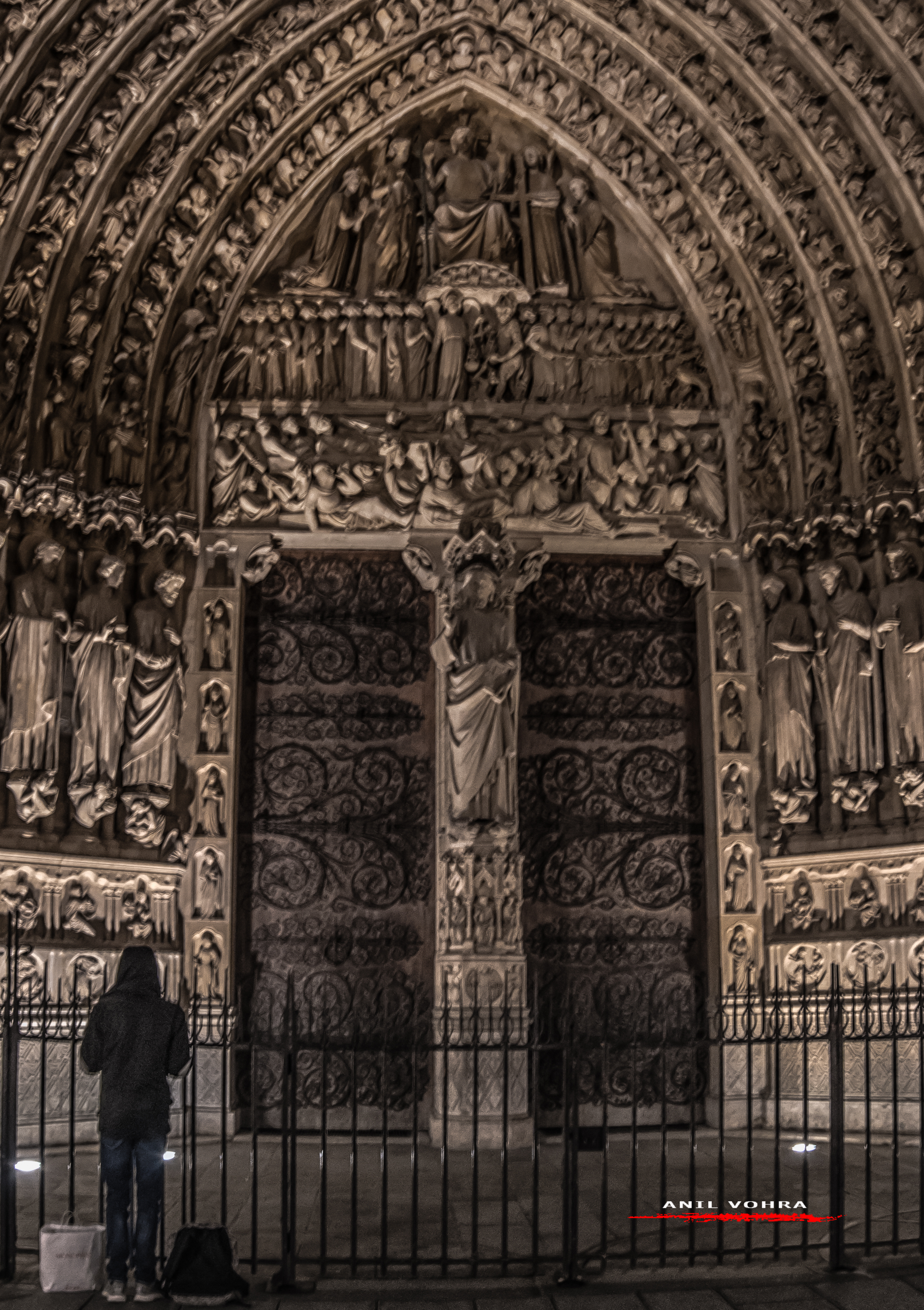 The Notre-Dame de Paris was among the first buildings in the world to use the flying buttress. The building was not originally designed to include the flying buttresses around the choir and nave but after the construction began, the thinner walls grew ever higher and stress fractures began to occur as the walls pushed outward. In response, the cathedral’s architects built supports around the outside walls, and later additions continued the pattern. 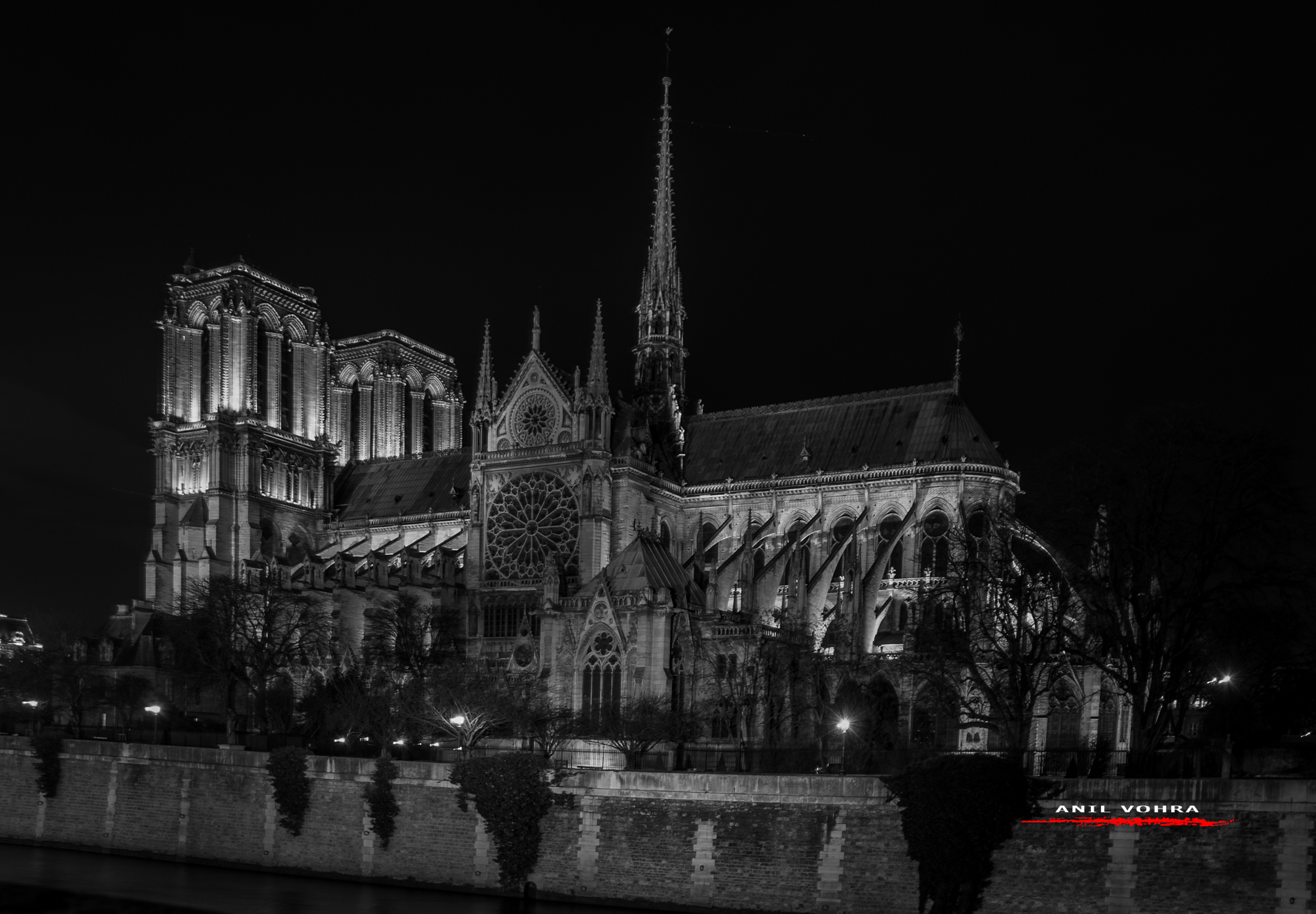 Notre Dame is  also known for its sublime balance but if you look closely you’ll see all sorts of minor asymmetrical elements introduced to avoid monotony, in accordance with standard Gothic practice. These include the slightly different shapes of each of the three main portals- the Portal of the Virgin, Portal of the Last Judgment, and Portal of St-Anne. 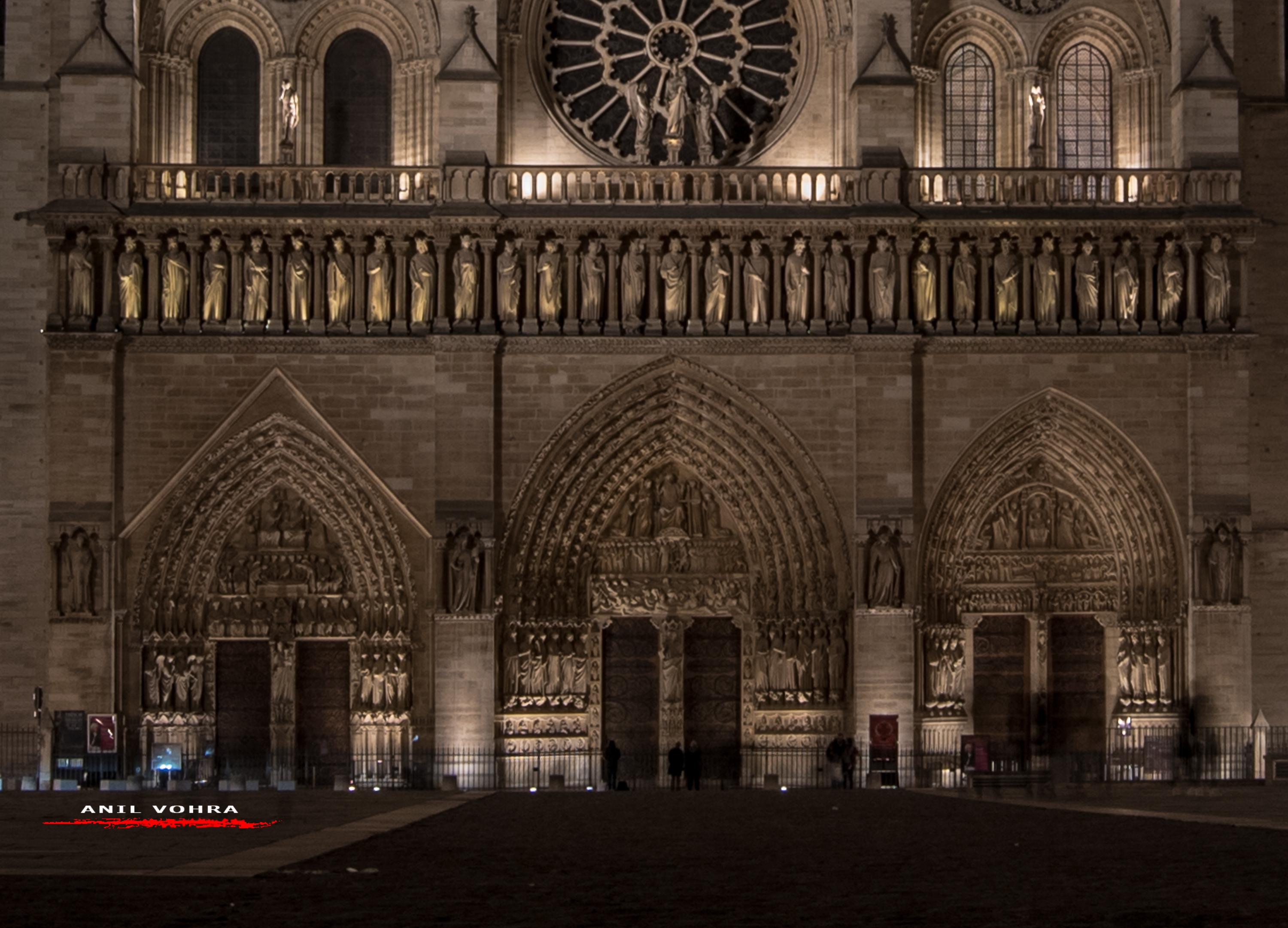 These free Late Night Shows offer visitors a unique insights into the grand cathedral as experience Notre Dame through ethereal effects, sounds, lights and theatrical displays. You can also enjoy the film ‘Notre-Dame de Paris, living cathedral’ which looks at the history of the Gothic building and its worldwide reputation and importance.   Notre Dame is very much the heart of Paris – so much so that distances from Paris to every part of metropolitan France are measured from place du Parvis Notre Dame , the vast square in front of the Cathedral of Our Lady of Paris where crowds gather in the afternoon sun to admire the cathedral façade. A bronze star across the street from the cathedral’s main entrance marks the exact location of Point Zéro des Routes de France . 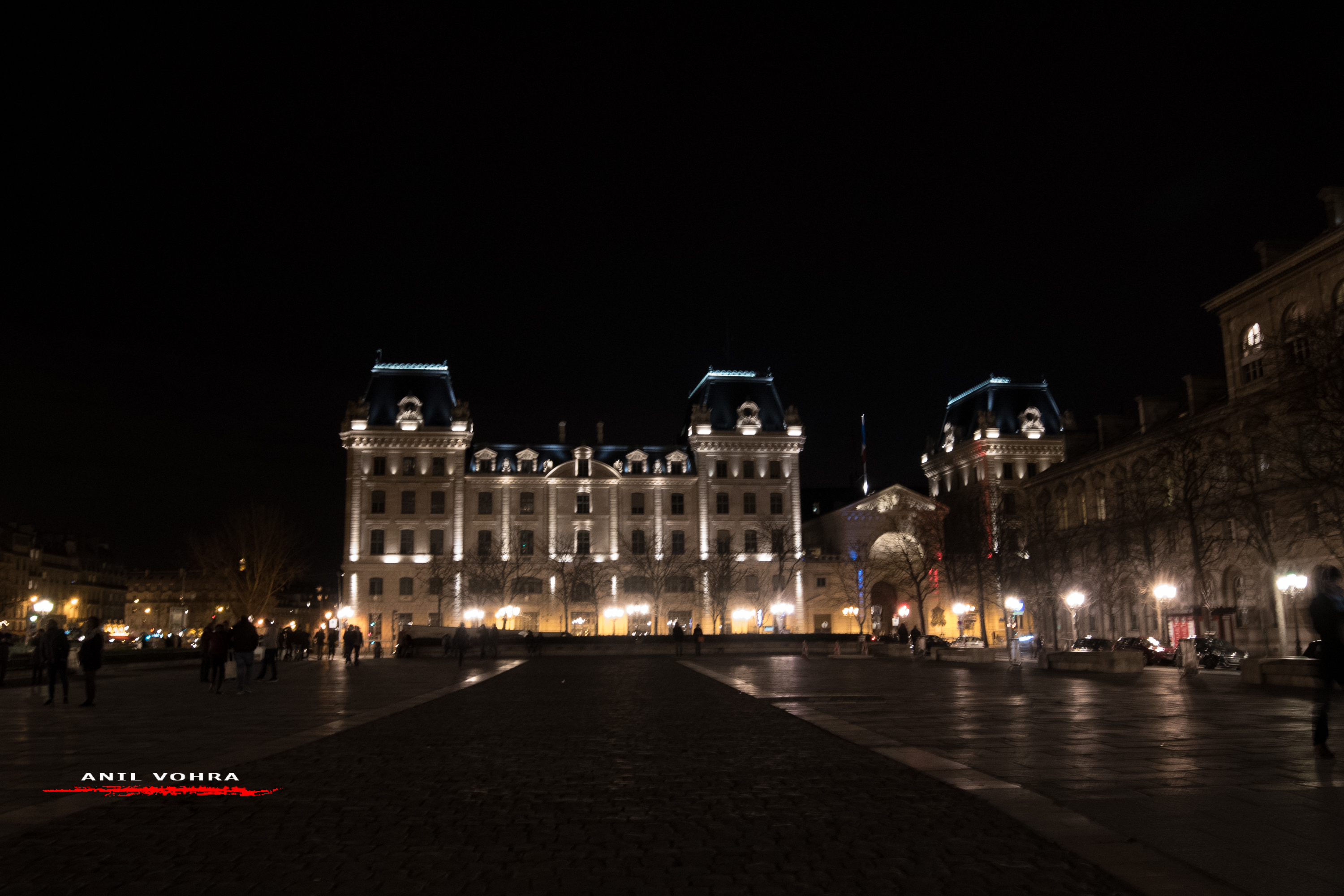