What would Paris be without its symbolic Eiffel Tower, the most romantic place in the “City of Love”. A place where starry-eyed lovers stroll hand-in-hand along the River Seine or linger in sidewalk cafes speaking French, the “language of love.” A city whose beauty strikes us at every corner, with its elegant architecture, iconic monuments, and the subtle combination of art, history and nature, creating the perfect canvas on which love can be conceived and painted into its own masterpiece.

Standing above the city is the most romantic of places, the Eiffel Tower. With its glittering lights illuminating the birth of evening, couples share romantic moments, wedding engagements and honeymoons, that create memories that will last an eternity. 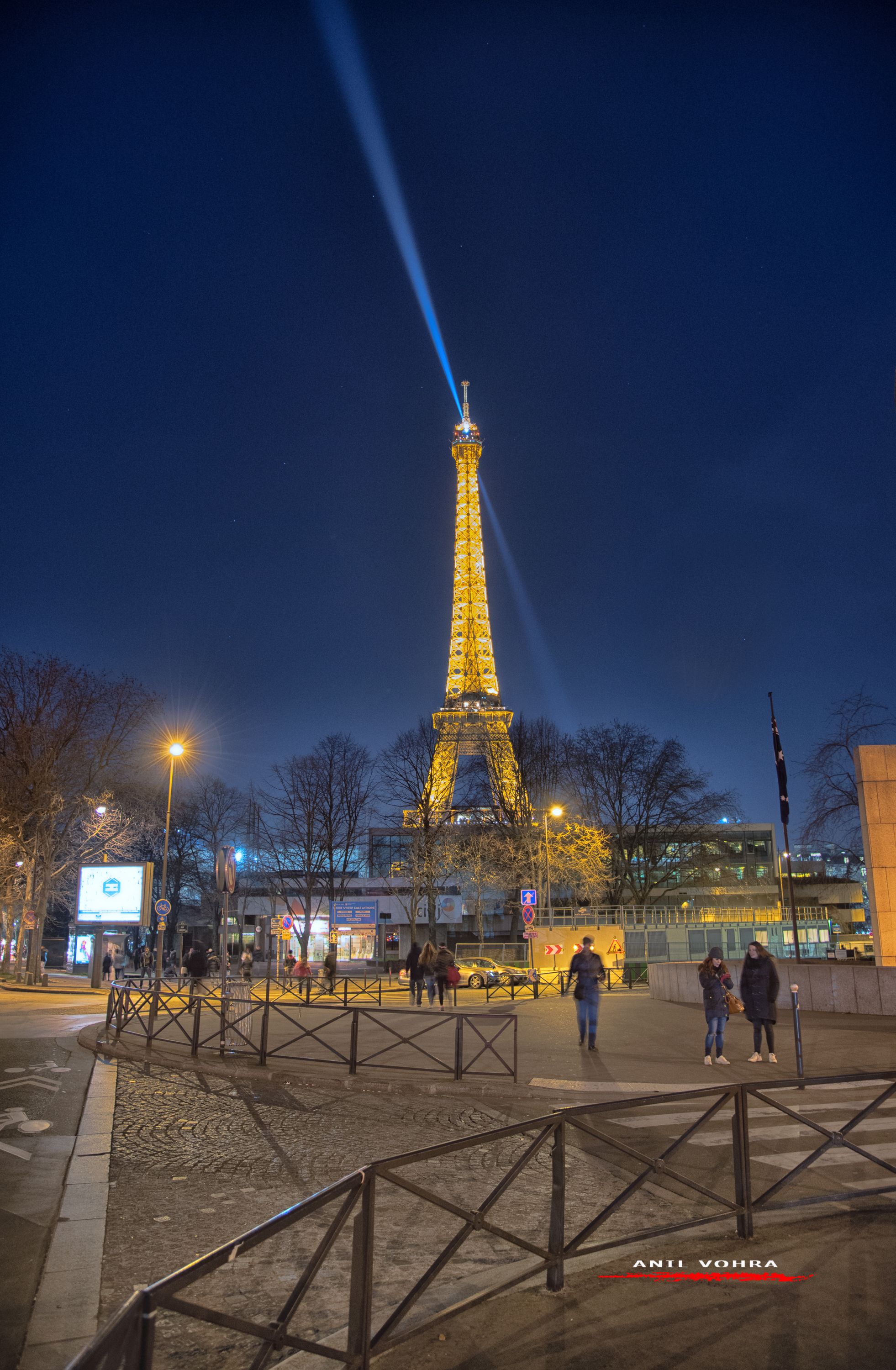 When Gustave Eiffel’s company built Paris’s most recognizable monument for the 1889 World’s Fair, many regarded the massive iron structure with skepticism. Today, the Eiffel Tower, which continues to serve an important role in television and radio broadcasts, is considered an architectural wonder and attracts more visitors than any other paid tourist attraction in the world. 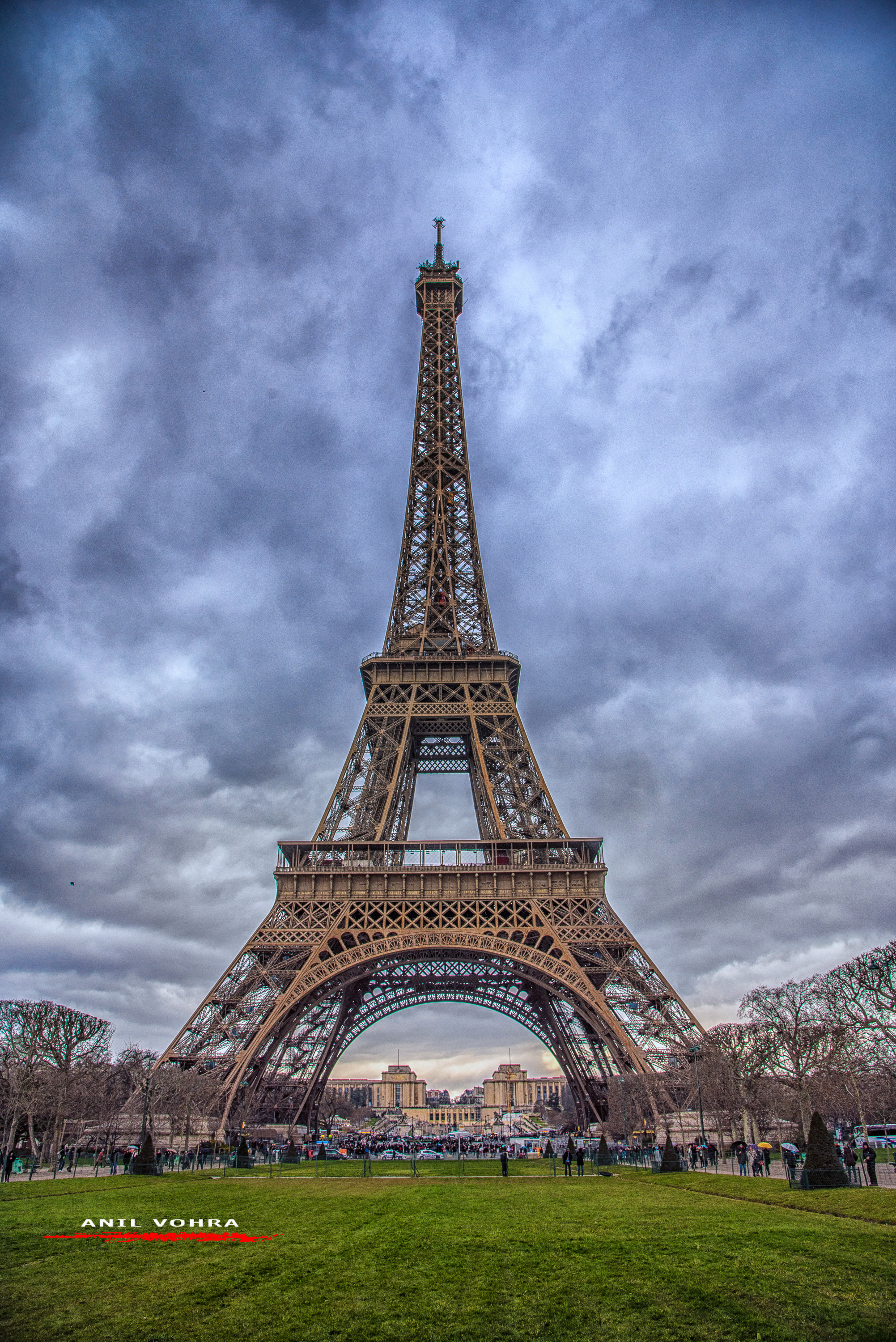 The Eiffel Tower was built by Gustave Eiffel for the 1889 Exposition Universelle (World’s Fair) to mark the 100-year anniversary of the French Revolution, which was to celebrate the 100th year anniversary of the French Revolution. More than 100 artists submitted competing plans for a monument to be built on the Champ-de-Mars, located in central Paris, and serve as the exposition’s entrance. The commission was granted to Eiffel et Compagnie, a consulting and construction firm owned by the acclaimed bridge builder, architect and metals expert Alexandre-Gustave Eiffel. While Eiffel himself often receives full credit for the monument that bears his name, it was one of his employees—a structural engineer named Maurice Koechlin—who came up with and fine-tuned the concept. 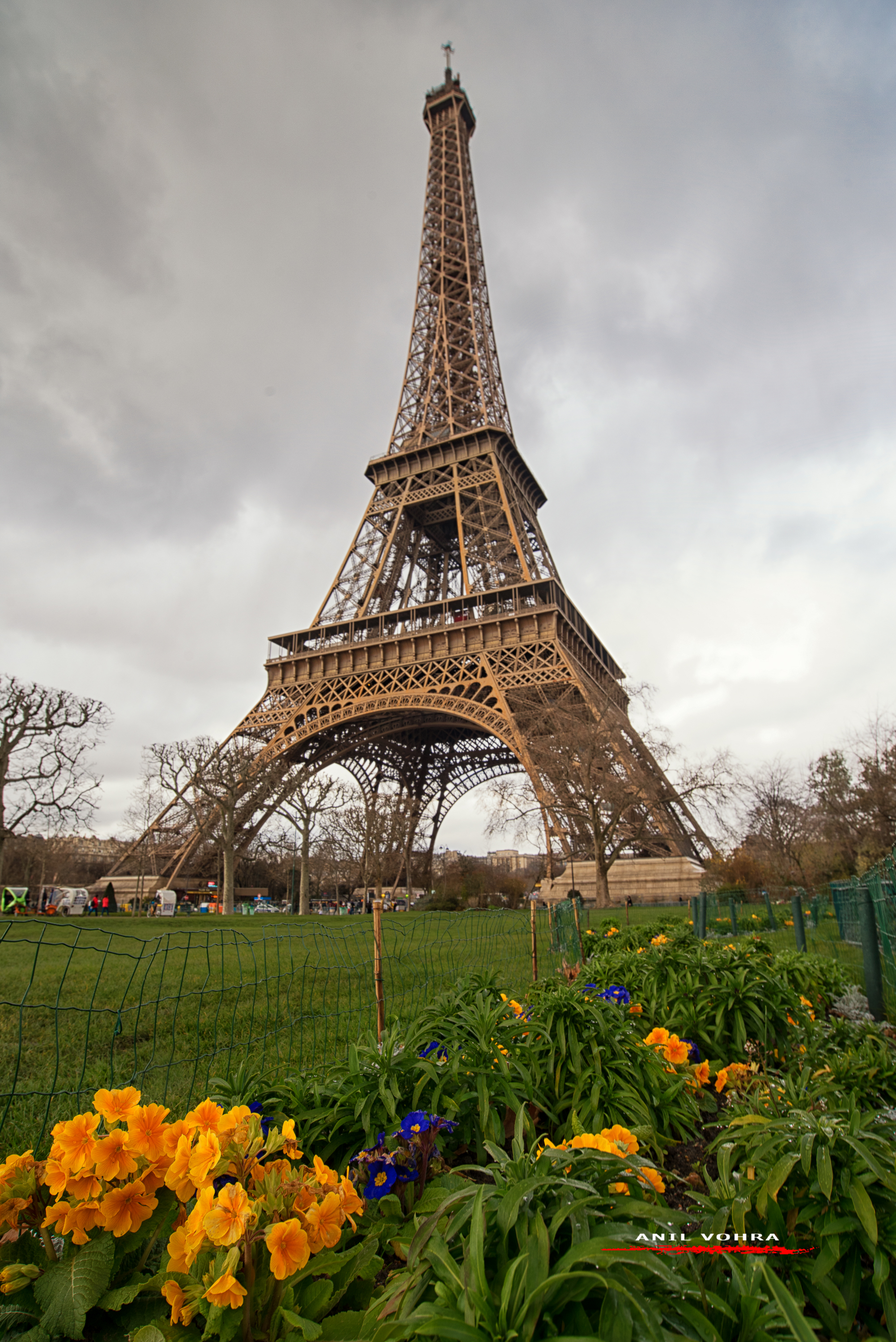 The Tower is not Gustave Eiffel’s only creation. This enthusiast and true genius was able to go beyond his own limits to bequeath to us monuments such as the dome on the Nice Observatory, the metallic structure of the Statue of Liberty (which several years earlier, the same pair of Maurice and Gustave had collaborated), not to mention the Bordeaux railway bridge. 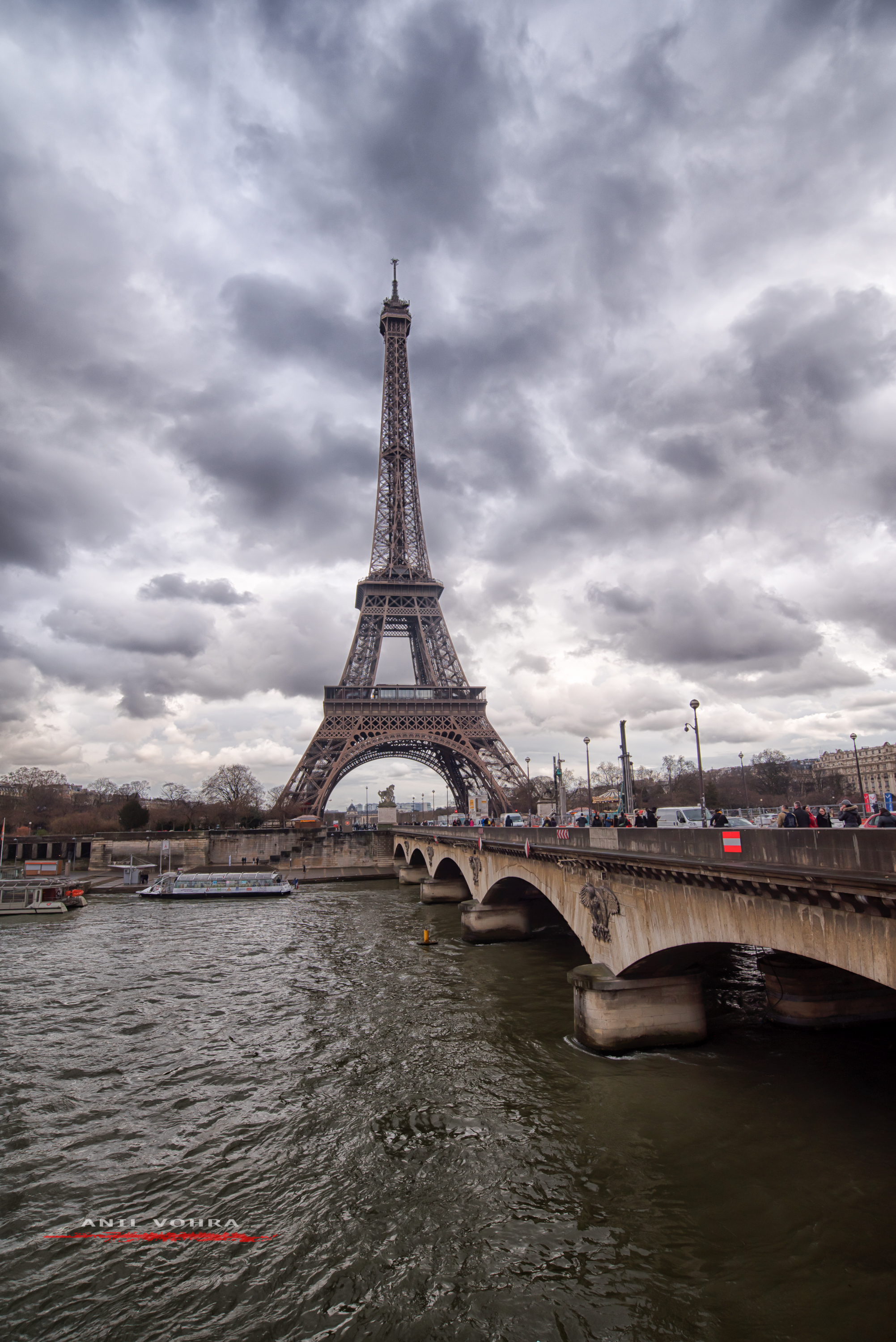 Eiffel reportedly rejected Koechlin’s original plan for the tower, instructing him to add more ornate flourishes. The final design called for more than 18,000 pieces of puddle iron, a type of wrought iron used in construction, and 2.5 million rivets. Several hundred workers spent two years assembling the framework of the iconic lattice tower, which at its inauguration in March 1889 stood nearly 1,000 feet high and was the tallest structure in the world. Its construction was a veritable technical and architectural achievement. “Utopia achieved”, a symbol of technological prowess. 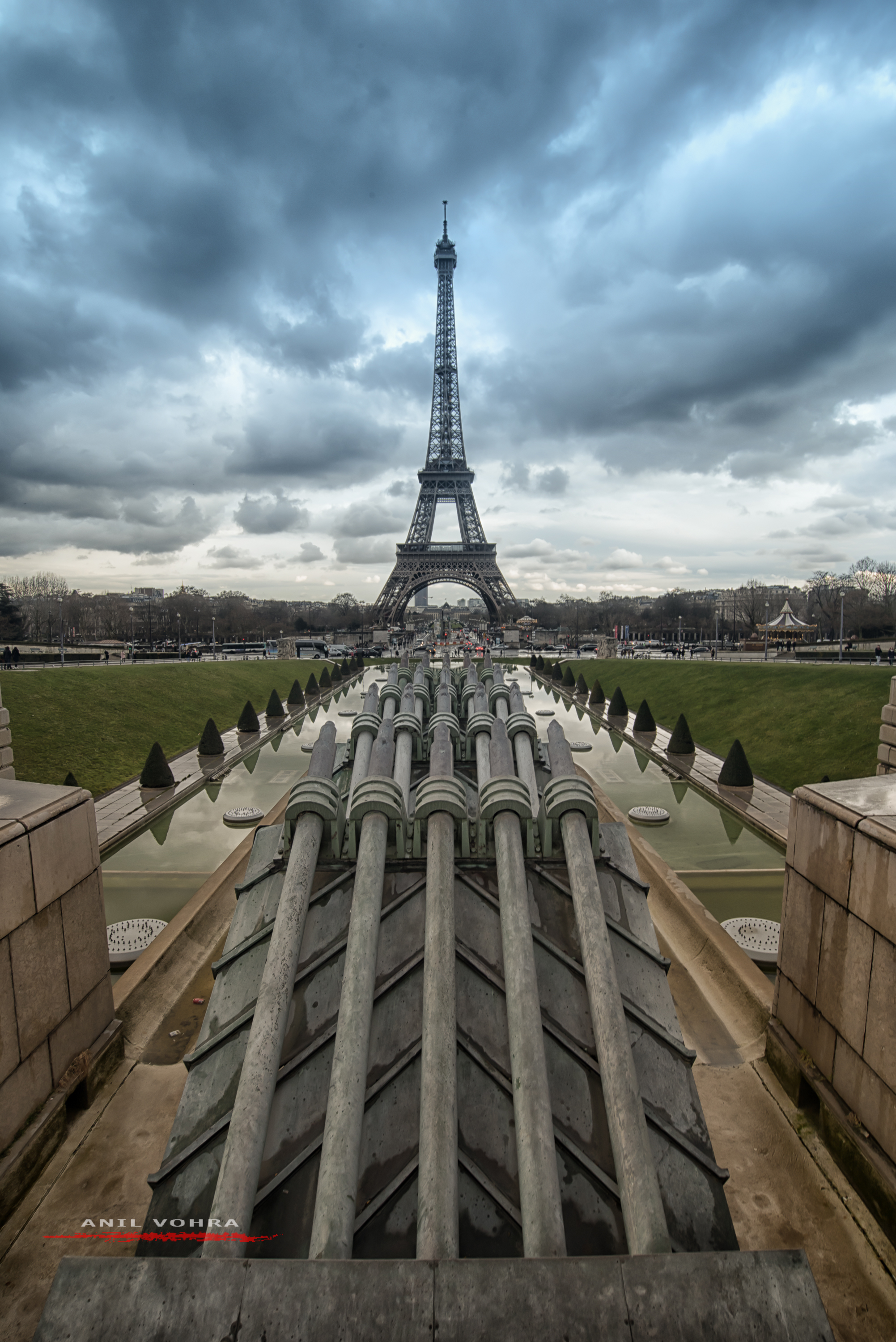 Initially, only the Eiffel Tower’s second-floor platform was open to the public; later, all three levels, two of which now feature restaurants, would be reachable by stairway or one of eight elevators.Energetic visitors can walk as far as the 2nd floor using the south pillar’s 704-step stairs. Lifts now ascend to the tower’s third floors; change lifts on the 2nd floor for the final ascent to the top. Refreshment options in the tower include two snack bars, the 1st-floor 58 Tour Eiffel, the sublime 2nd-floor Le Jules Verne, and at the top, a champagne bar. 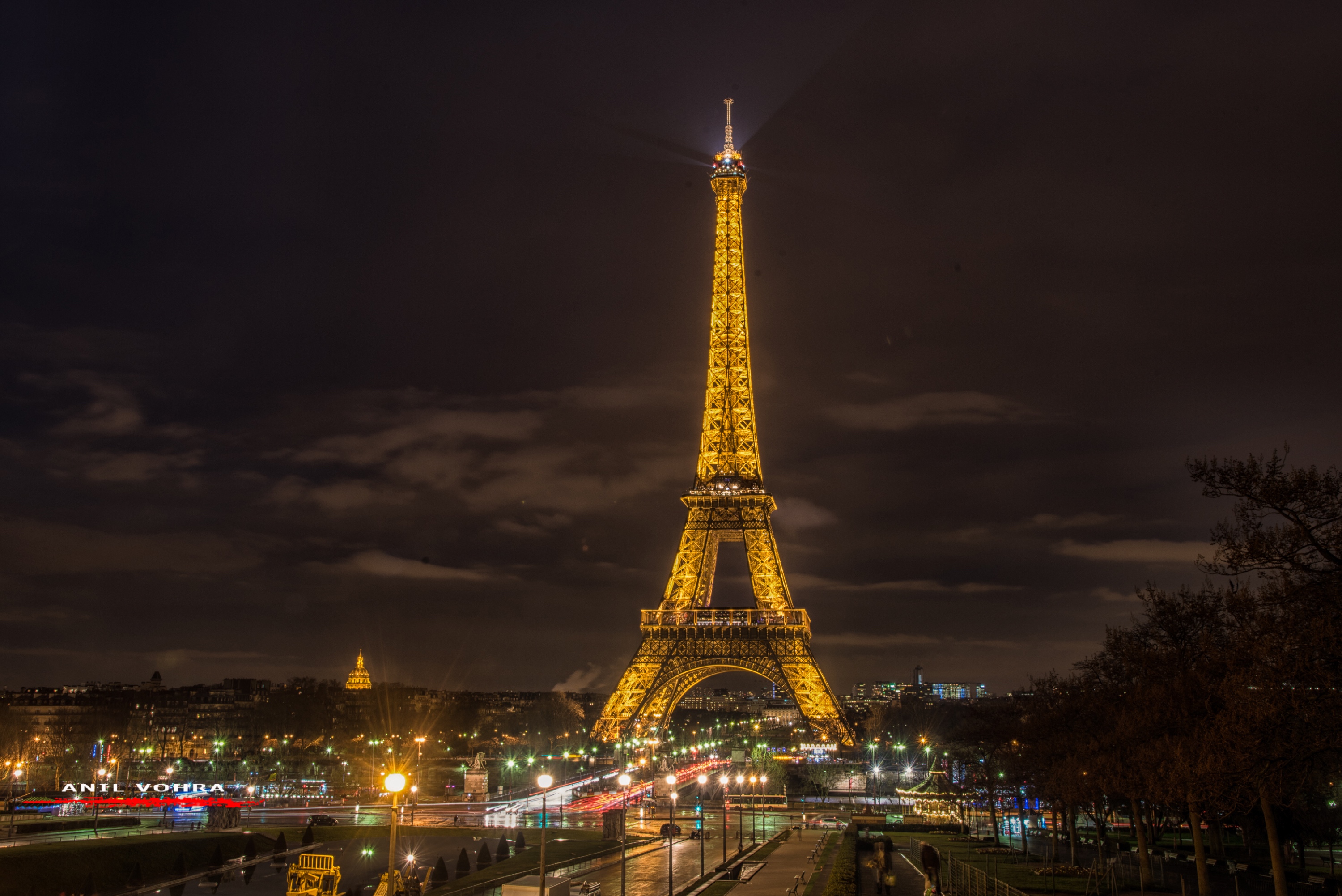 Millions of visitors during and after the World’s Fair marveled at Paris’ newly erected architectural wonder. Not all of the city’s inhabitants were as enthusiastic, however: Many Parisians either feared it was structurally unsound or considered it an eyesore. The novelist Guy de Maupassant, for example, allegedly hated the tower so much that he often ate lunch in the restaurant at its base, the only vantage point from which he could completely avoid glimpsing its looming silhouette. 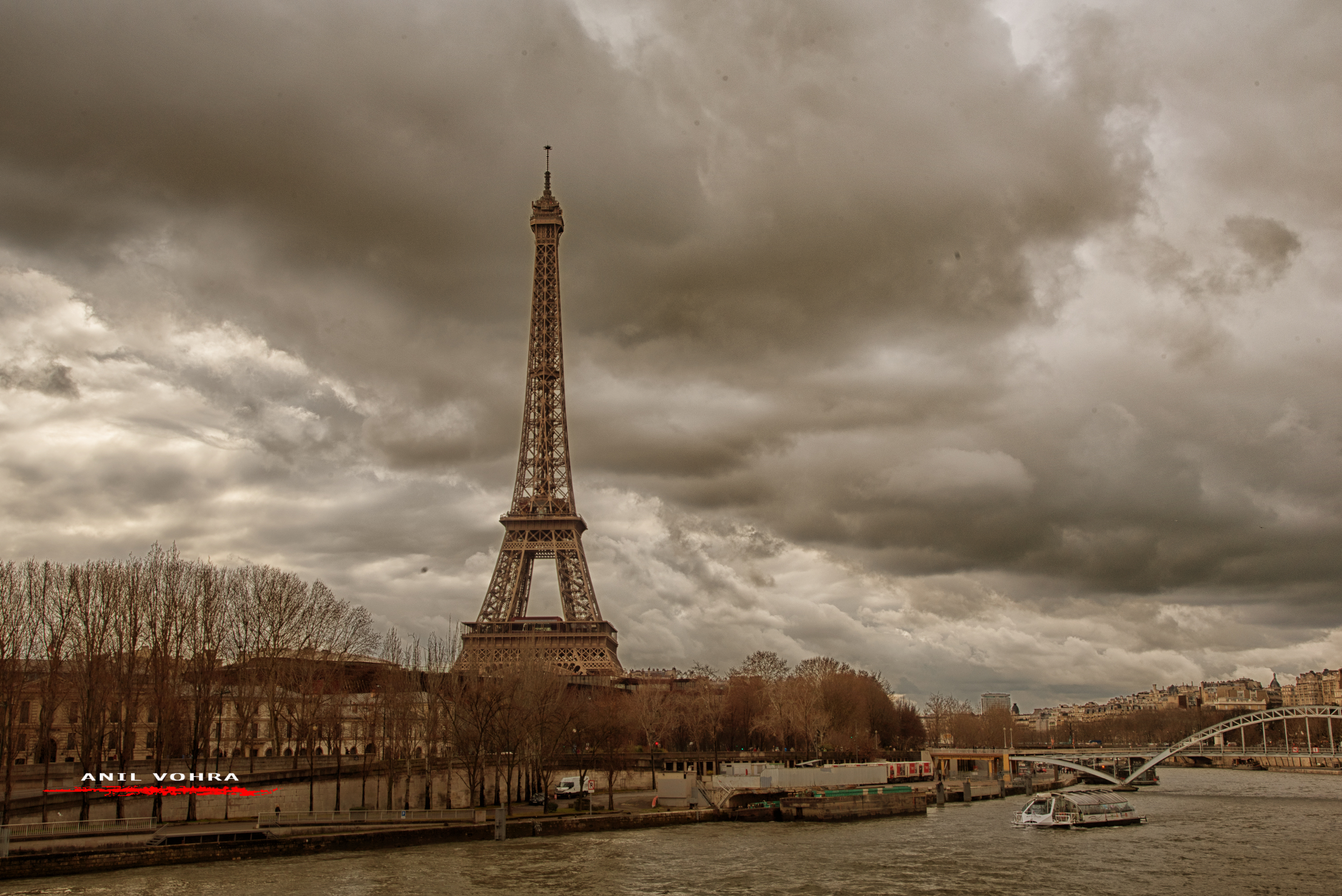 Only intended to last 20 years, it was saved by the scientific experiments that Eiffel encouraged, and in particular by the first radio transmissions, followed by telecommunications. For example, the radio signals from the Pantheon Tower in 1898; it served as a military radio post in 1903; it transmitted the first public radio programme in 1925, and then broadcast television up to TNT more recently. 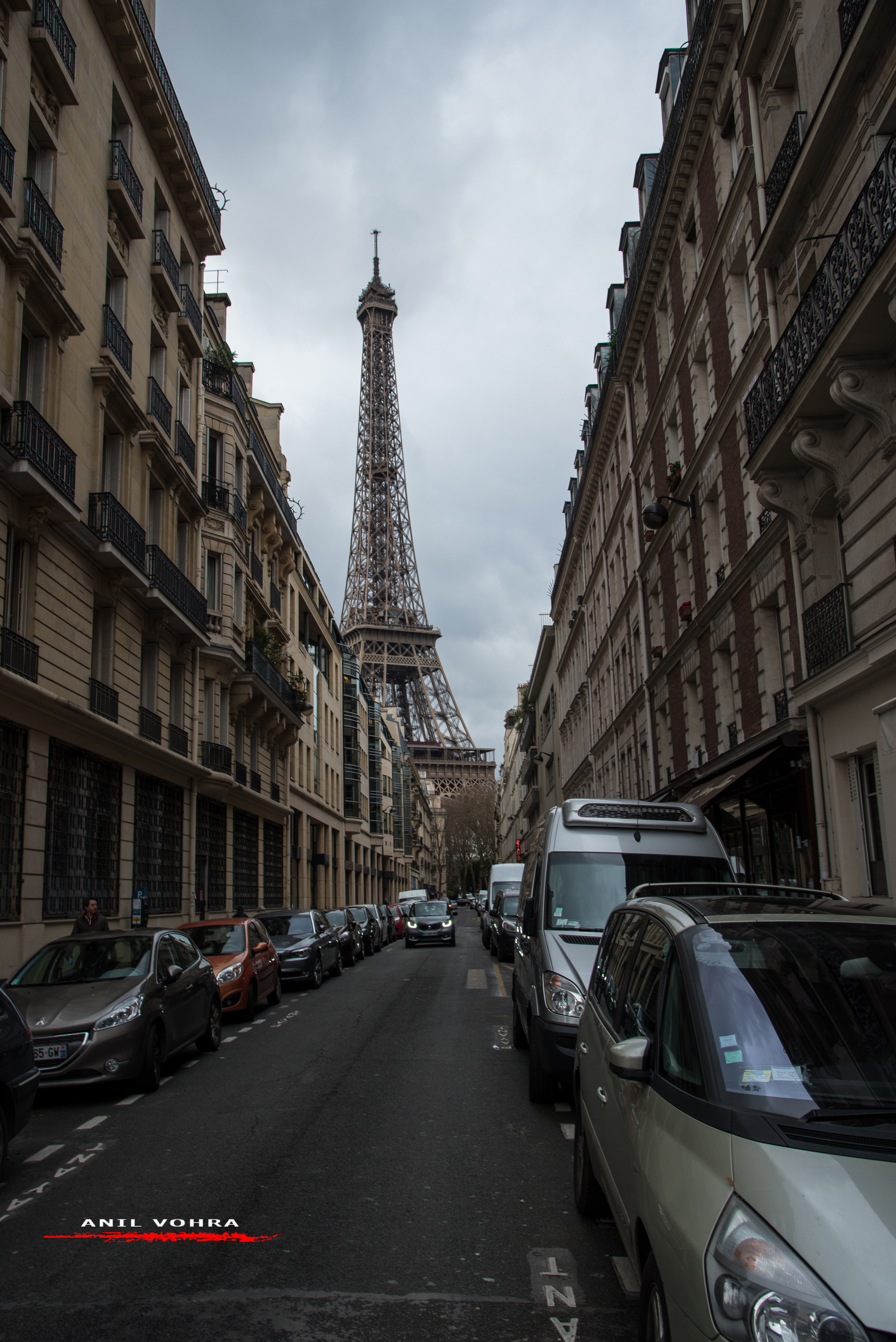 Since the 1980s, the monument has regularly been renovated, restored and adapted for an ever-growing public.   Over the decades, the Eiffel Tower has seen remarkable achievements, extraordinary light shows, and prestigious visitors. A mythical and audacious site, it has always inspired artists and challenges. 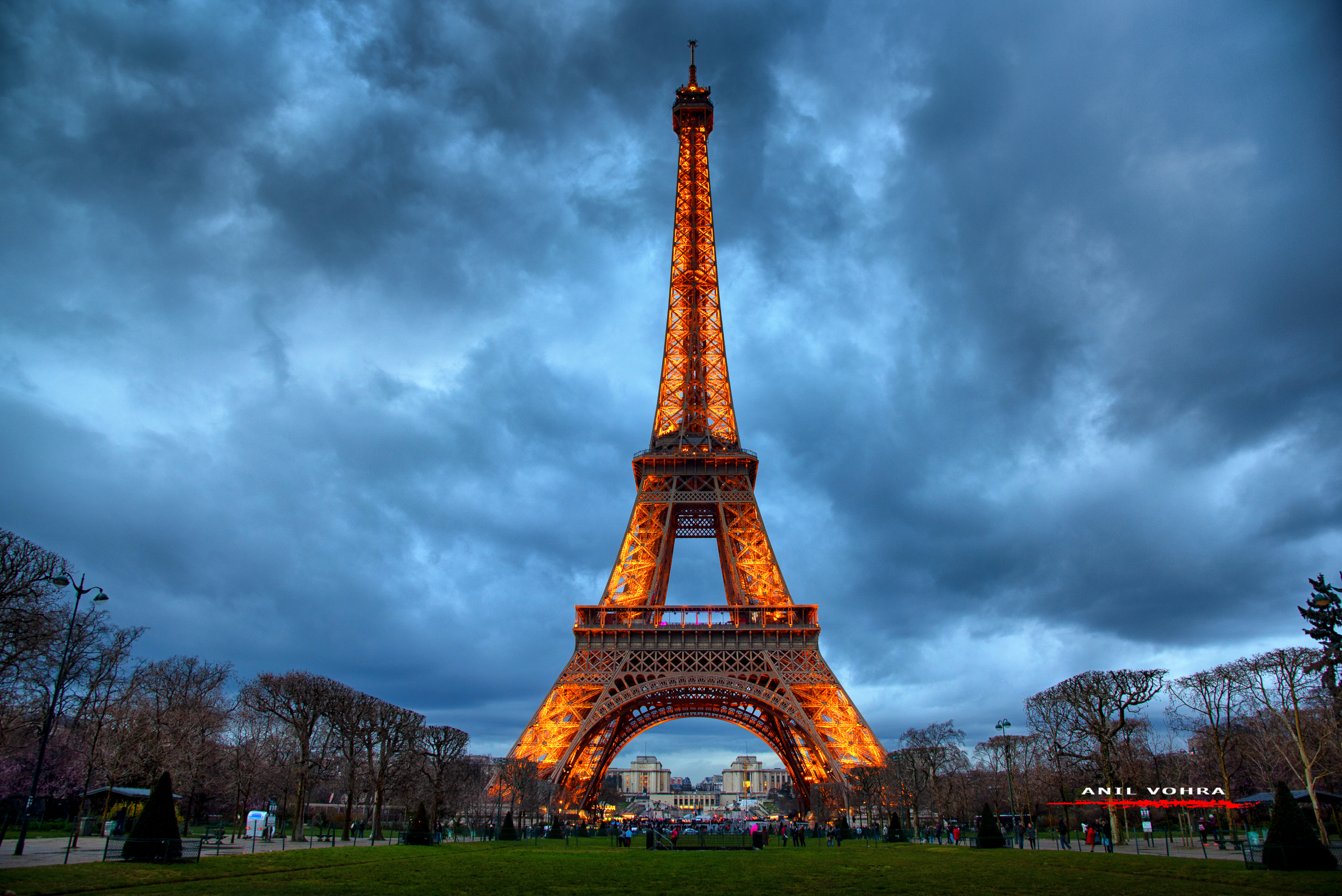 It is the stage for numerous events of international significance (light shows, the Tower’s centenary, the Year 2000 pyrotechnic show, repainting campaigns, sparkling lights, the blue Tower to mark France’s Presidency of the European Union or the multicoloured Tower for its 120th birthday, unusual fixtures, such as an ice rink, a garden etc.). 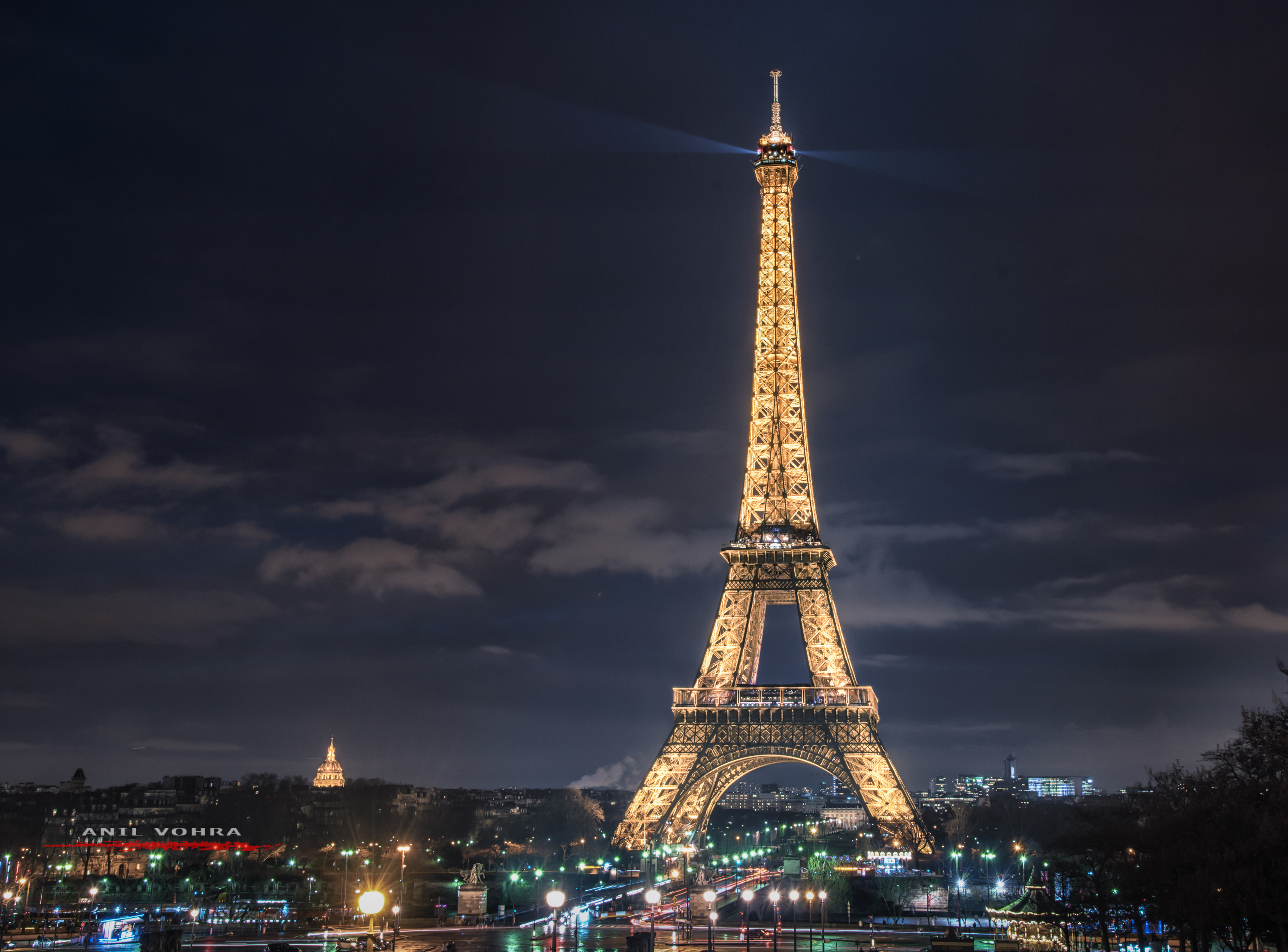 Like all towers, it allows us to see and to be seen, with a spectacular ascent, a unique panoramic view of Paris, and a glittering beacon in the skies of the Capital. 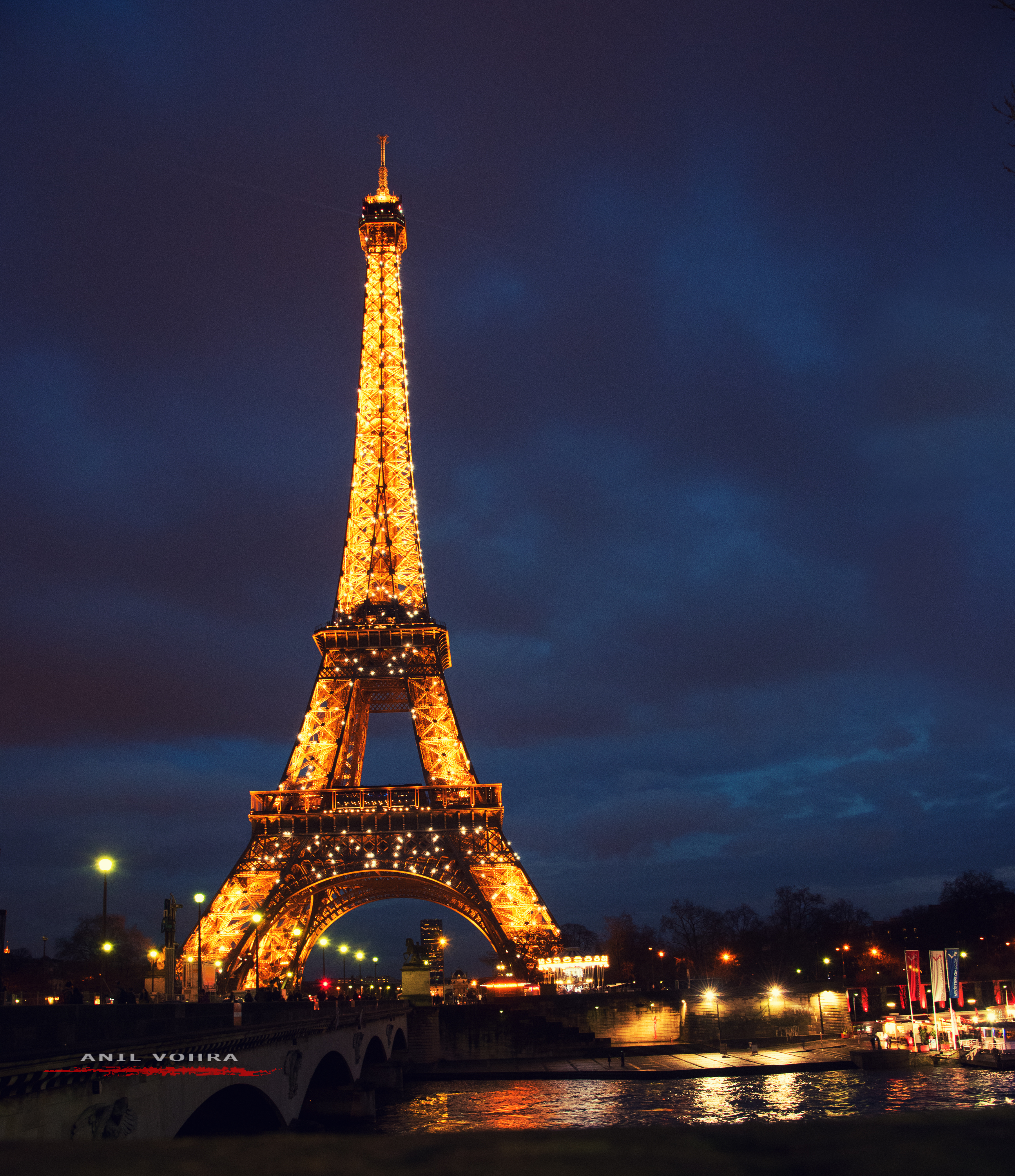 As France’s symbol in the world, and the showcase of Paris, today it welcomes almost 7 million visitors a year (around 75% of whom are foreigners), making it the most visited monument that you have to pay for in the world. 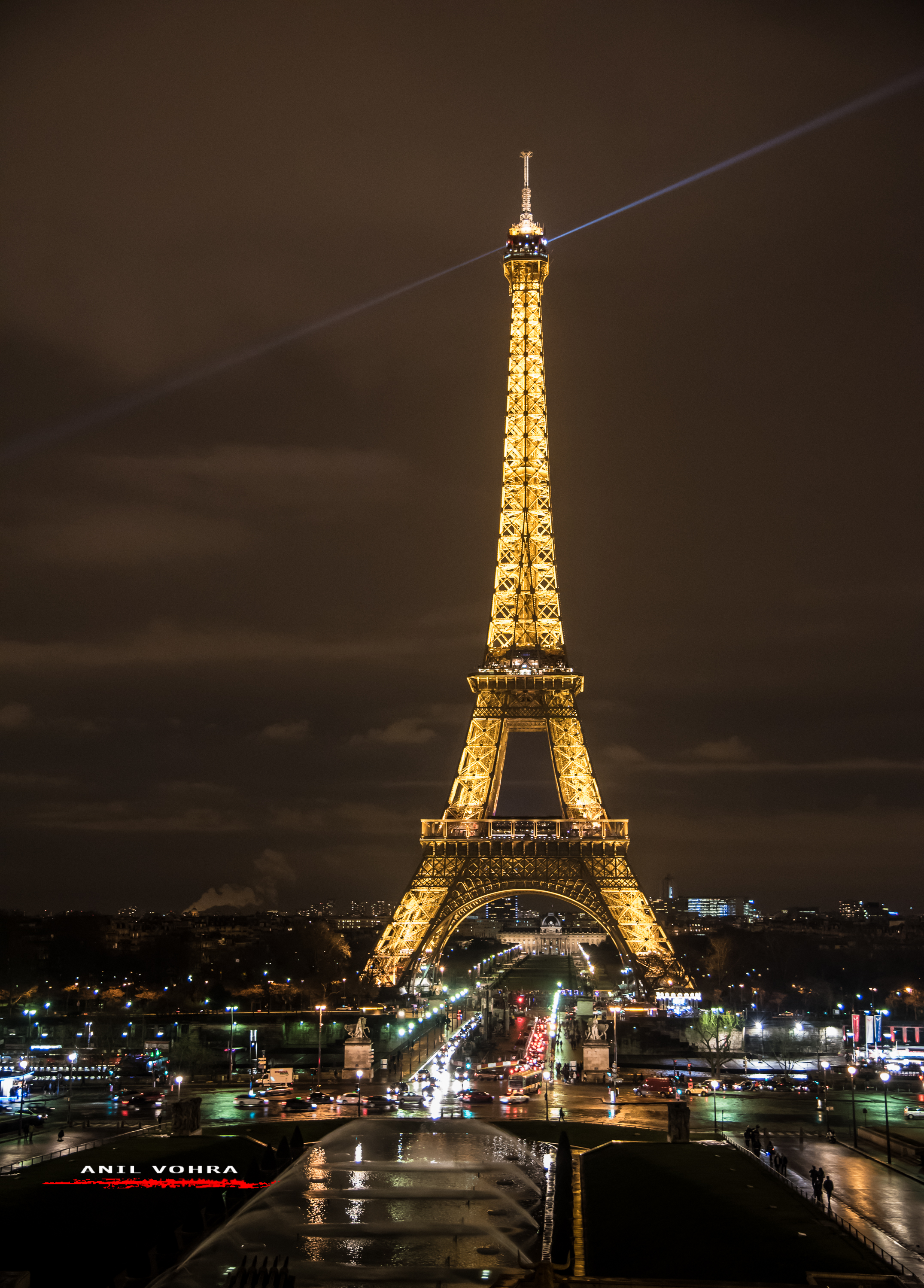 Once visited the Eiffel Tower by night; the wine, the food, the history, the atmosphere and the culture will make sure you want to come back to this place again and again.  The Tower also represents the magic of light. Its lighting, its sparkling lights, and its beacon shine and inspire dreams every evening.

Every evening, the Eiffel Tower is adorned with its golden covering and sparkles for 5 minutes every hour on the hour. 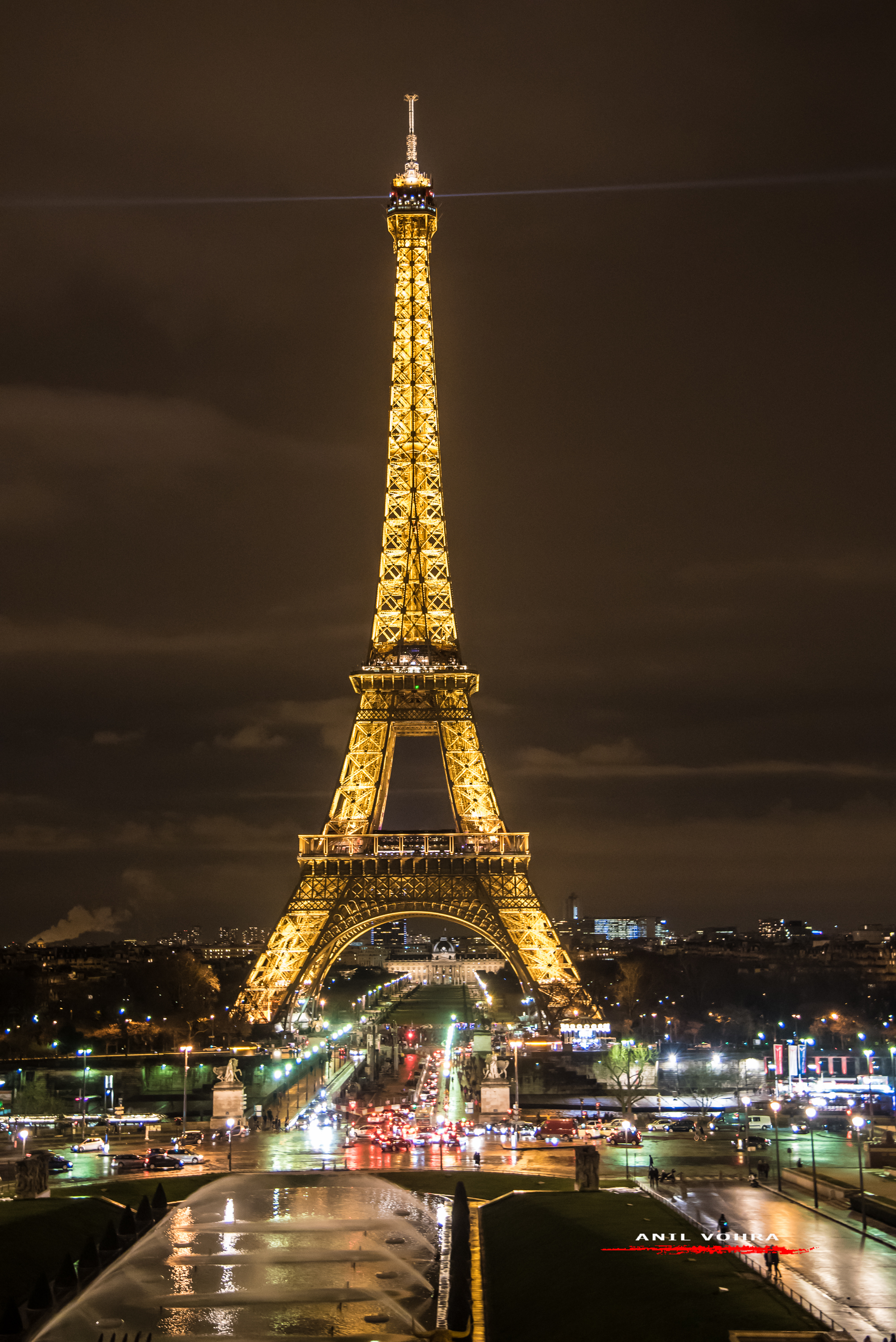 The Golden Lights are beams of light, directed from the bottom towards the top, illuminate the Eiffel Tower from the inside of its structure. 1200 projectors illuminated the Tower from the outside, highlighting the fine metallic structure of the monument and illuminating the areas used by late-night visitors until the closing of the Tower to the public. In addition to the aesthetic aspect, it is equally necessary for the security of the late-night operation of the Tower.The projectors are turned on in under 10 minutes. This is activated upon nightfall by the sensors. 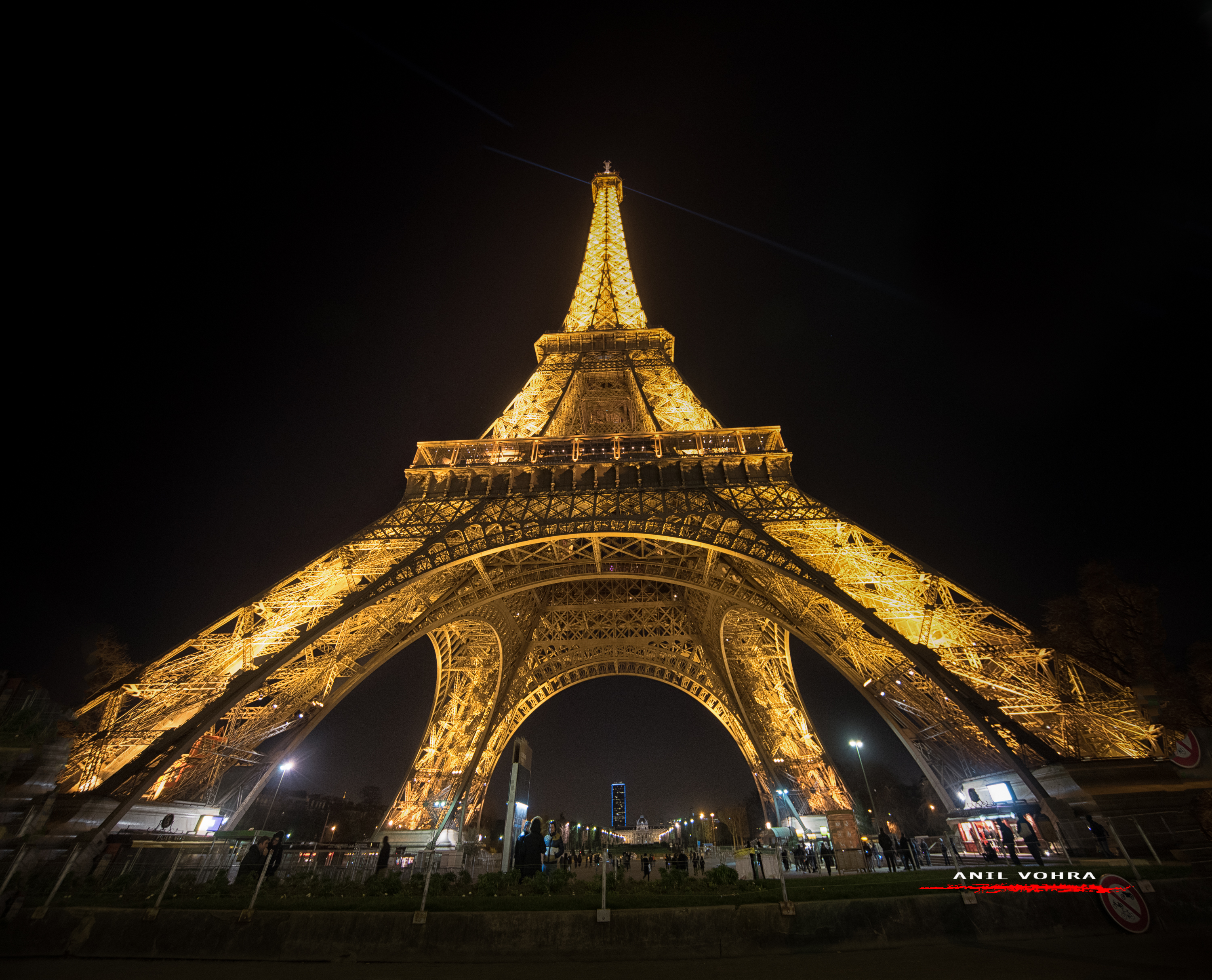 The beacon, sending out two light beams with a reach of 80 kilometres, is composed of 4 “marine” motorised projectors. They are operated by automatically piloted computer programs. Since their rotation sweep is 90°, they are synchronized to form a double beam in a cross that pivots around 360°. This beacon resonates the image of Gustave Eiffel’s Tower itself as a universal and symbolic landmark. 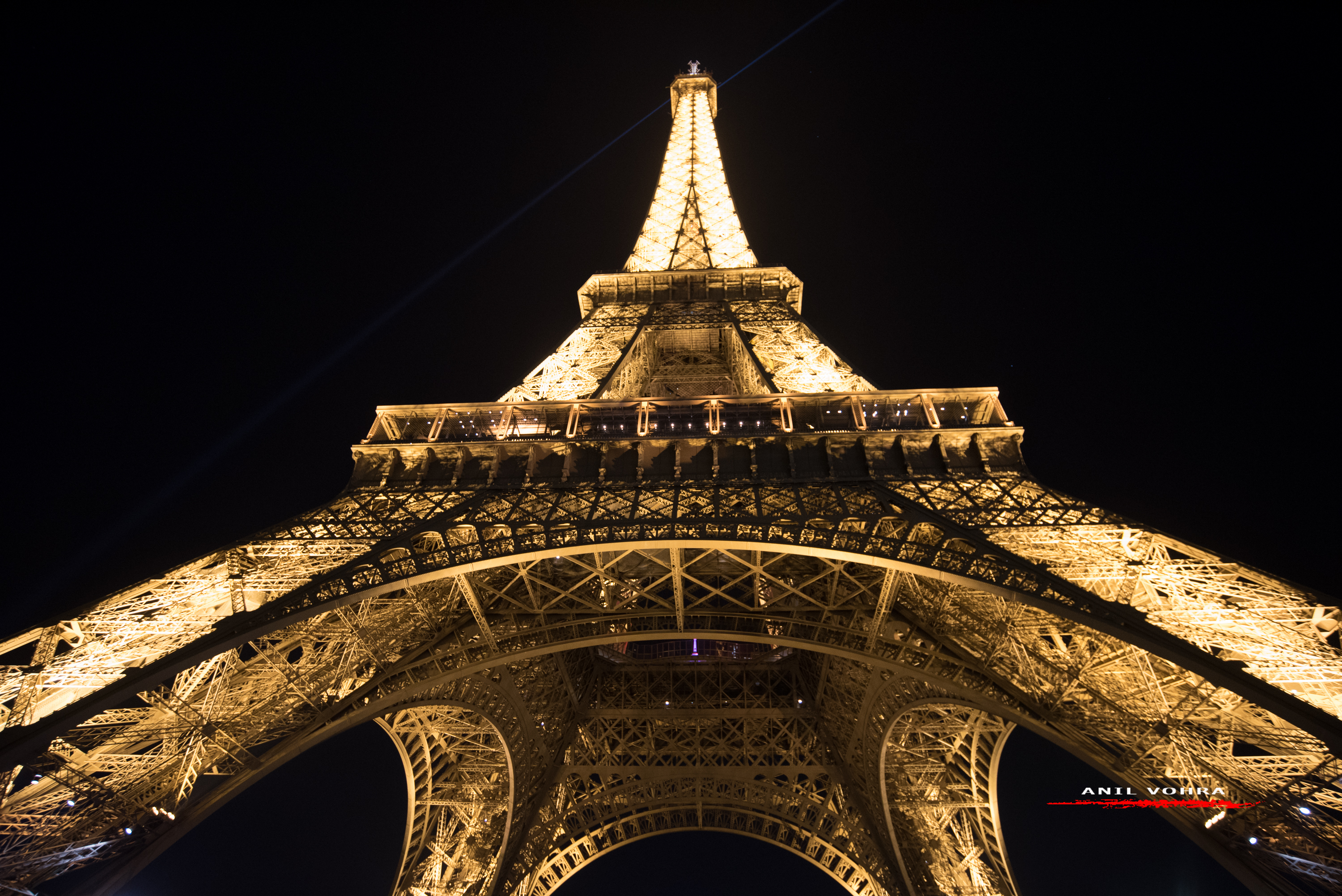 The sparkling lights are superimposed over the golden lighting. Made up of 20,000 light bulbs (5,000 per side), they bring the monument to life for 5 minutes every hour on the hour once the Tower has been lit up until 1 a.m. 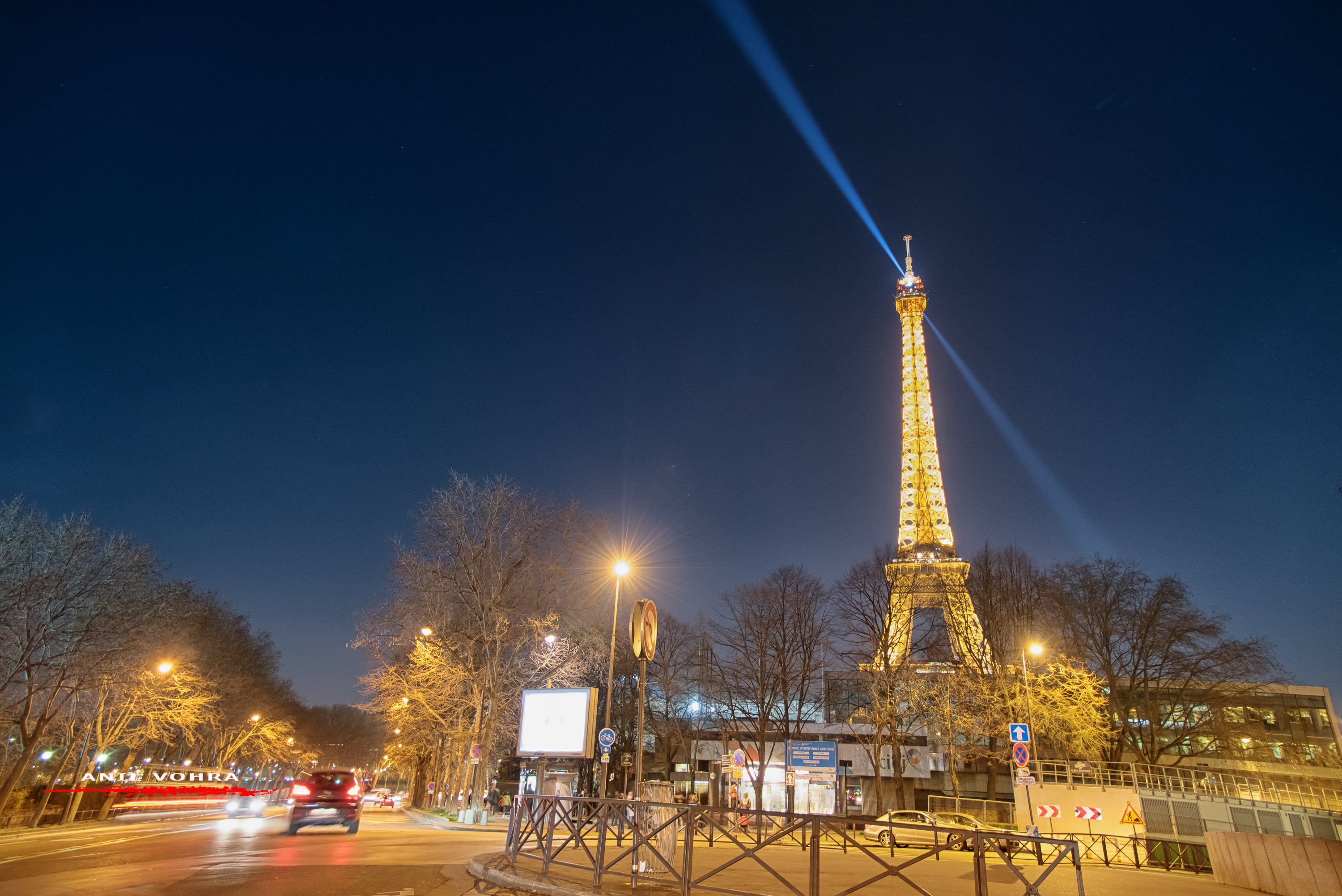 2 thoughts on “Paris, Eiffel and Love”