If you thought Victoria Harbour was a dazzling cityscape on its own, hang around for A Symphony of Lights — the nightly  multimedia show involving more than 40 buildings on both sides of the harbour every evening as the clock strikes 8. Named the ‘World’s Largest Permanent Light and Sound Show‘ by Guinness World Records, coloured lights, laser beams and searchlights perform in an unforgettable all-round spectacle synchronised to music and narration that celebrates the energy, spirit and diversity of Hong Kong. There are five main themes: Awakening, Energy, Heritage, Partnership, and the finale, Celebration.

The first scene “Awakening” begins with flashes of laser lights that give life to a nucleus of light-energy which gradually illuminates participating buildings using an array of dancing lights and rainbow colour. This scene symbolises the genesis and powerful growth of Hong Kong. 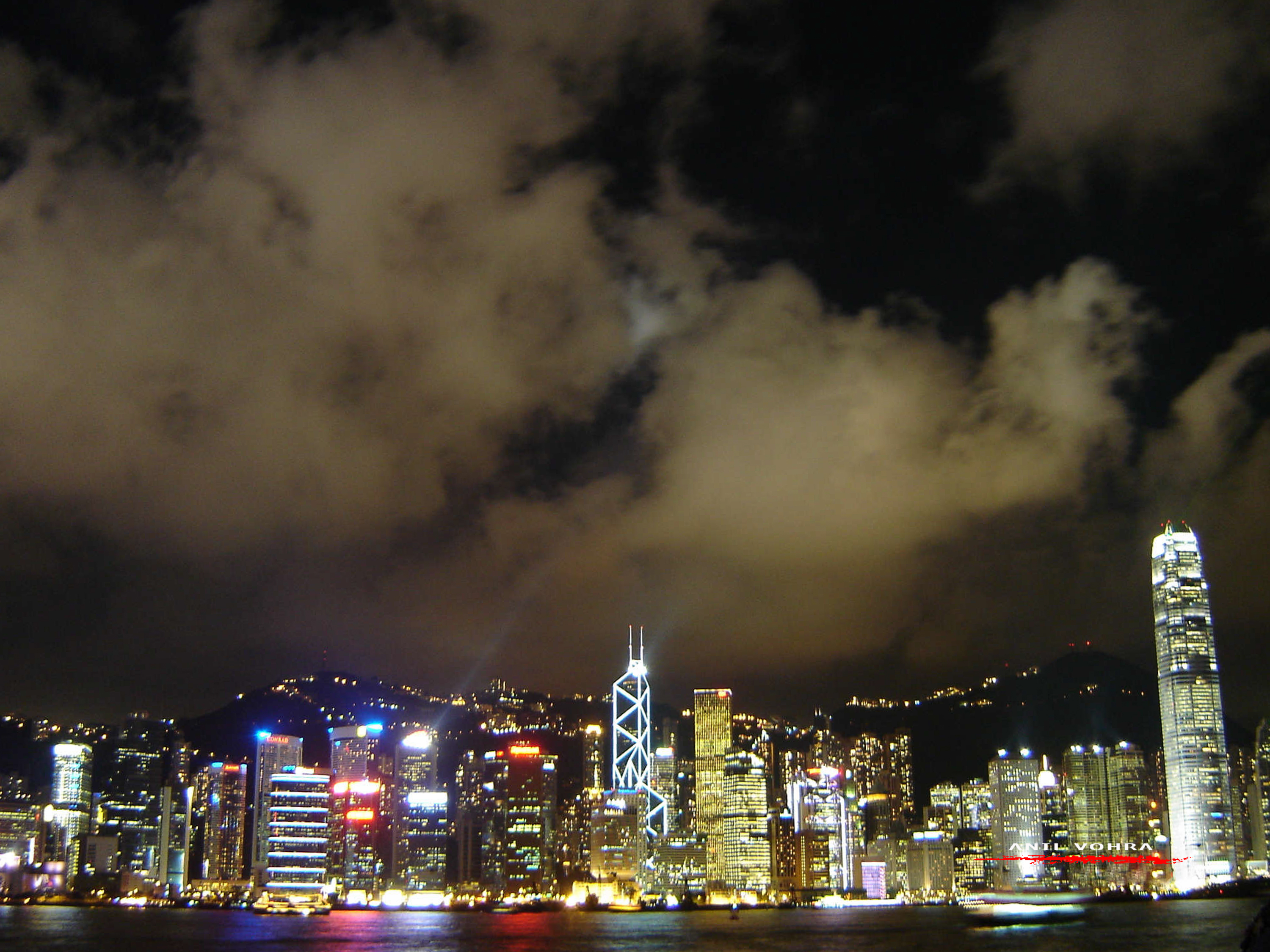 The second scene “Energy” is represented by the display of rising colour patterns and the sweeping of the lasers and searchlights energetically across the night sky, signifying the vibrant energy of Hong Kong. 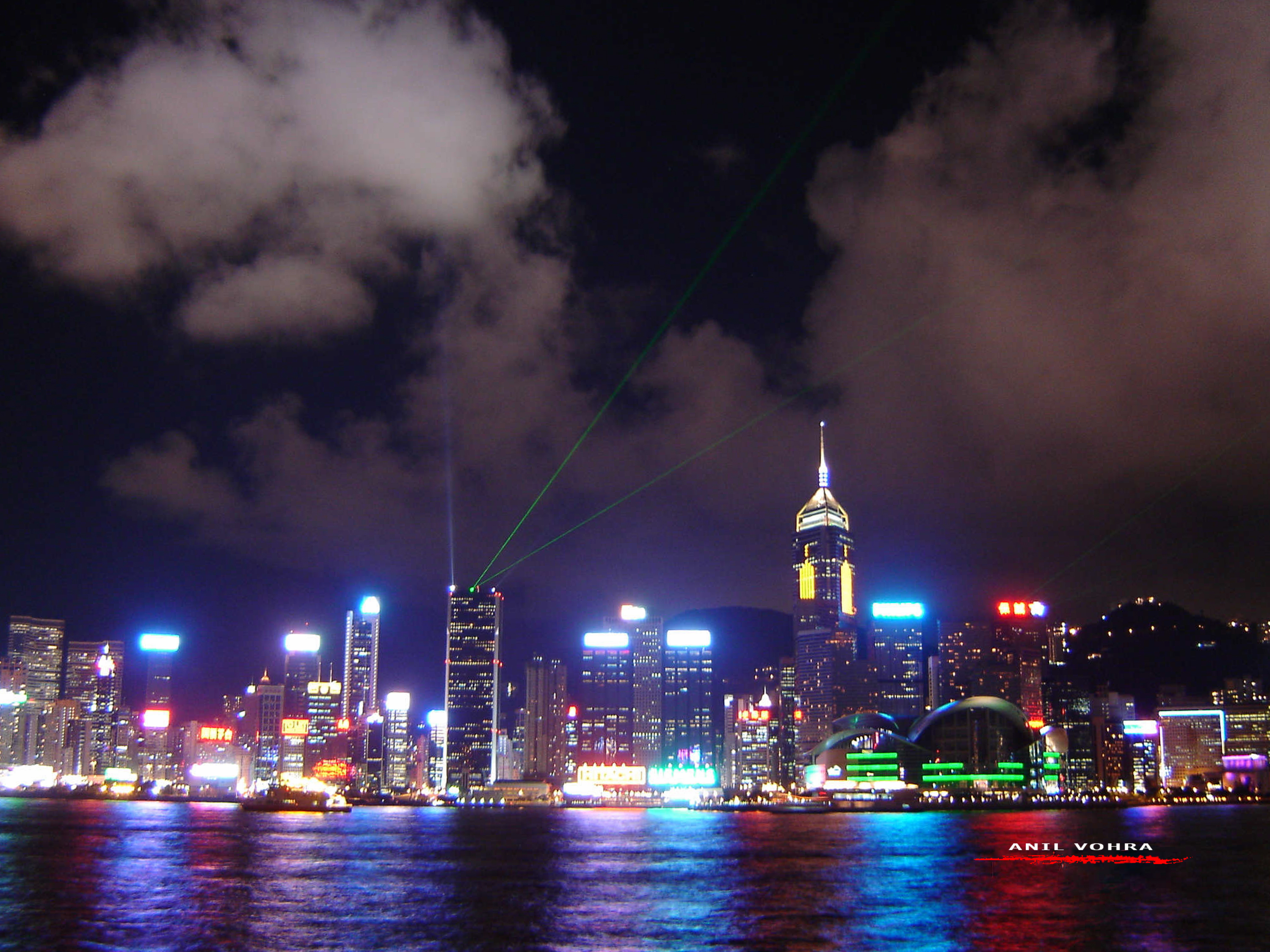 In the third scene “Heritage”, traditional lucky red and gold colours are displayed across buildings on both sides of the Harbour, complemented by the introduction of music using Chinese musical instruments, symbolising Hong Kong’s colourful heritage and rich cultural traditions. 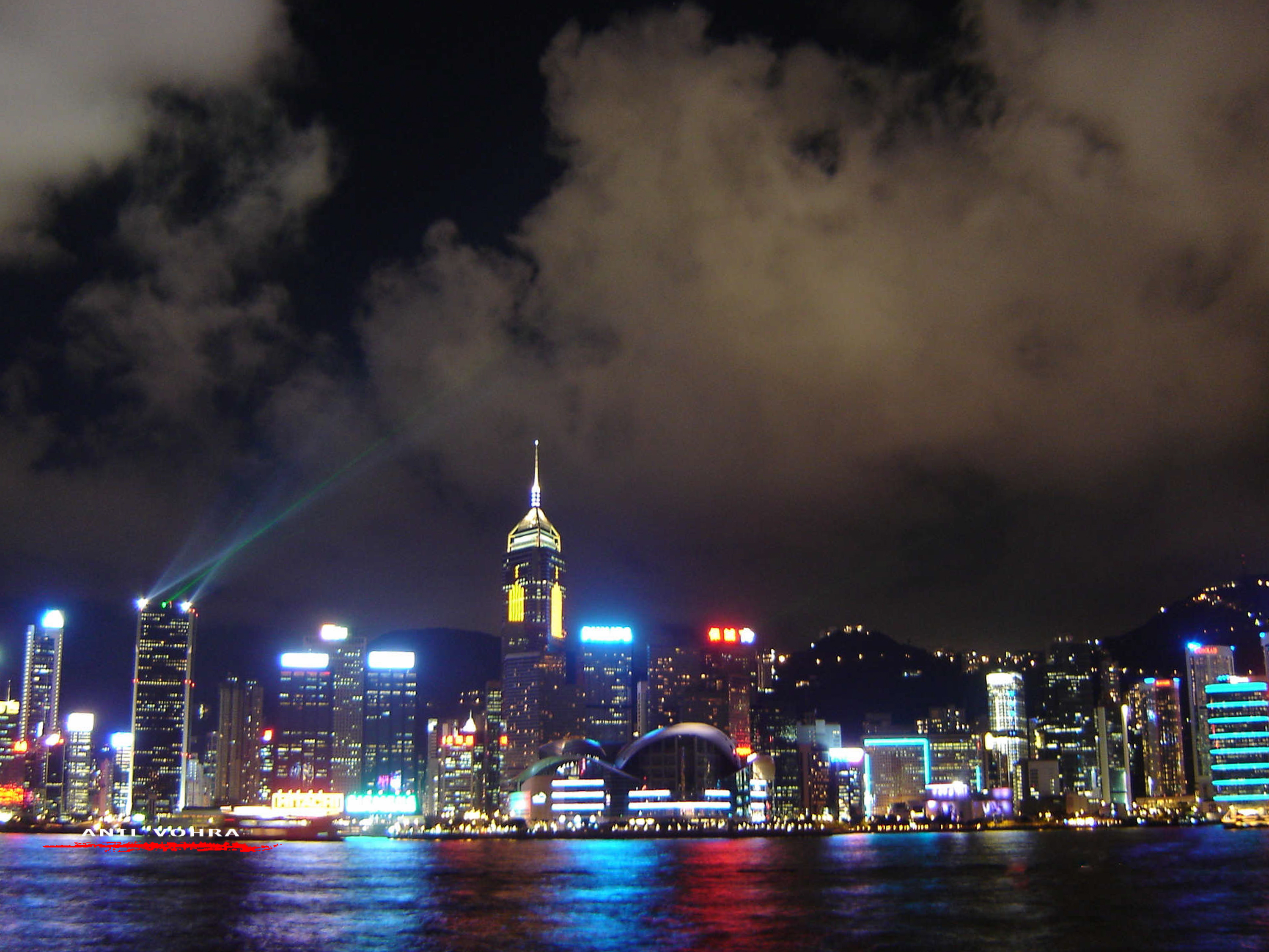 The fourth scene “Partnership” features a display of laser beams and sweeping searchlights scanning across the Harbour, representing an illuminated connection with the opposite side. Beams reach out to symbolically connect the two sides of the Harbour into one greater and unified partnership. 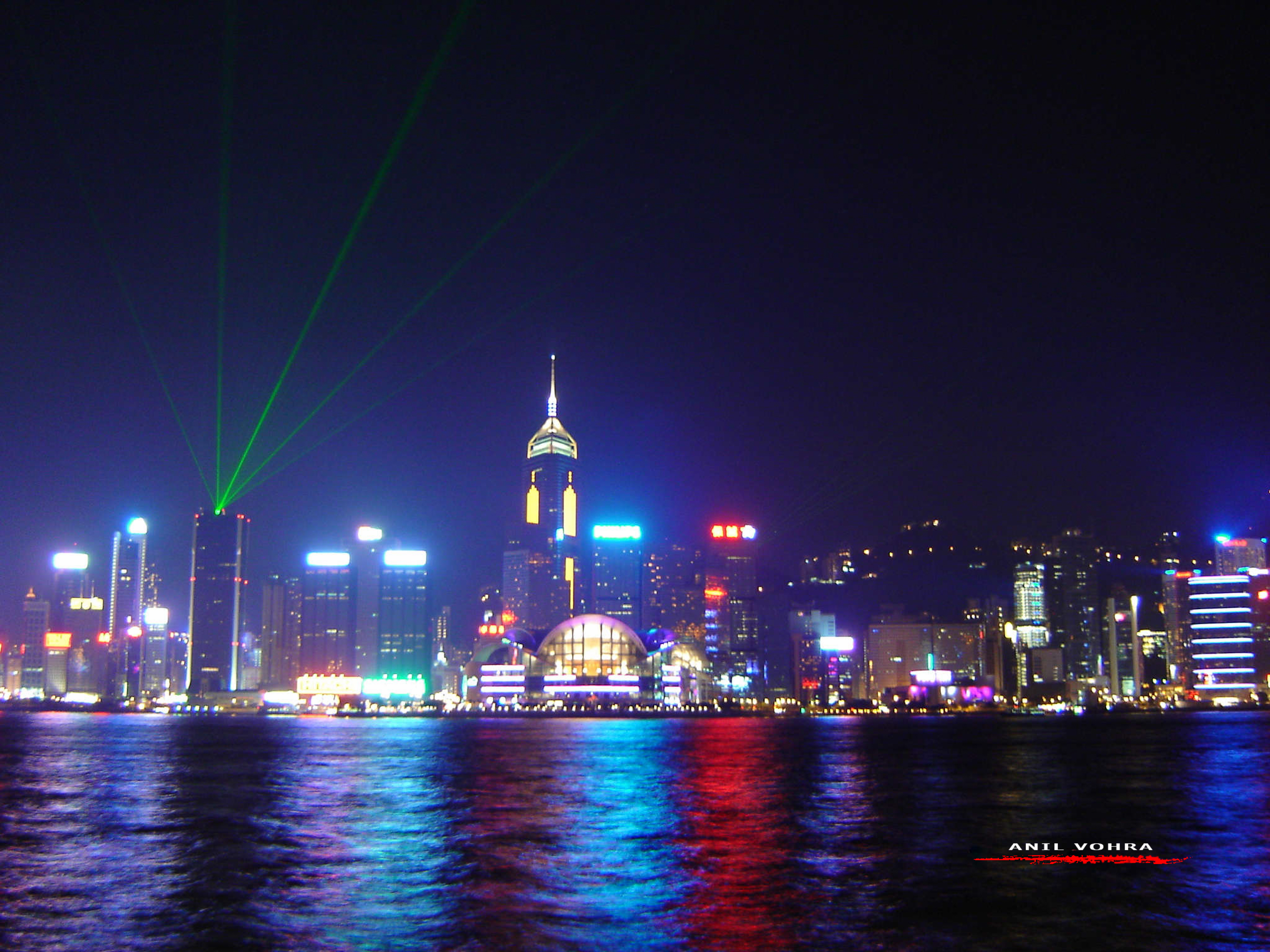 The finale “Celebration” brings out a powerful rhythmic display of swirling, kaleidoscopic patterns of lights and beams dancing lively across the Harbour. The exciting final scene signifies the celebration of the close partnership between the two sides of the Harbour and represents an even brighter future for Asia’s world city – Hong Kong.

You can listen to the show’s music and narration live  in multiple languages (English on Mondays, Wednesdays and Fridays; Mandarin on Tuesdays, Thursdays and Saturdays; and Cantonese on Sundays) at the Tsim Sha Tsui waterfront outside the Hong Kong Cultural Centre, and the promenade outside the Golden Bauhinia Square in Wan Chai. You can also listen to the show’s music and narration by tuning your radio to FM local channel or via mobile phone by dialings a publicised number

Time: 8pm daily. The show lasts for about 13 – 14 minutes except in case of bad weather when it is cancelled for the evening. The best vantage points include the “Avenue of Stars” on the Tsim Sha Tsui waterfront, on the waterfront promenade outside the Golden Bauhinia Square in Wan Chai and on sightseeing ferries (i.e. Star Ferry) running across the Victoria Harbour. The show is free for public enjoyment and no admission ticket is required. 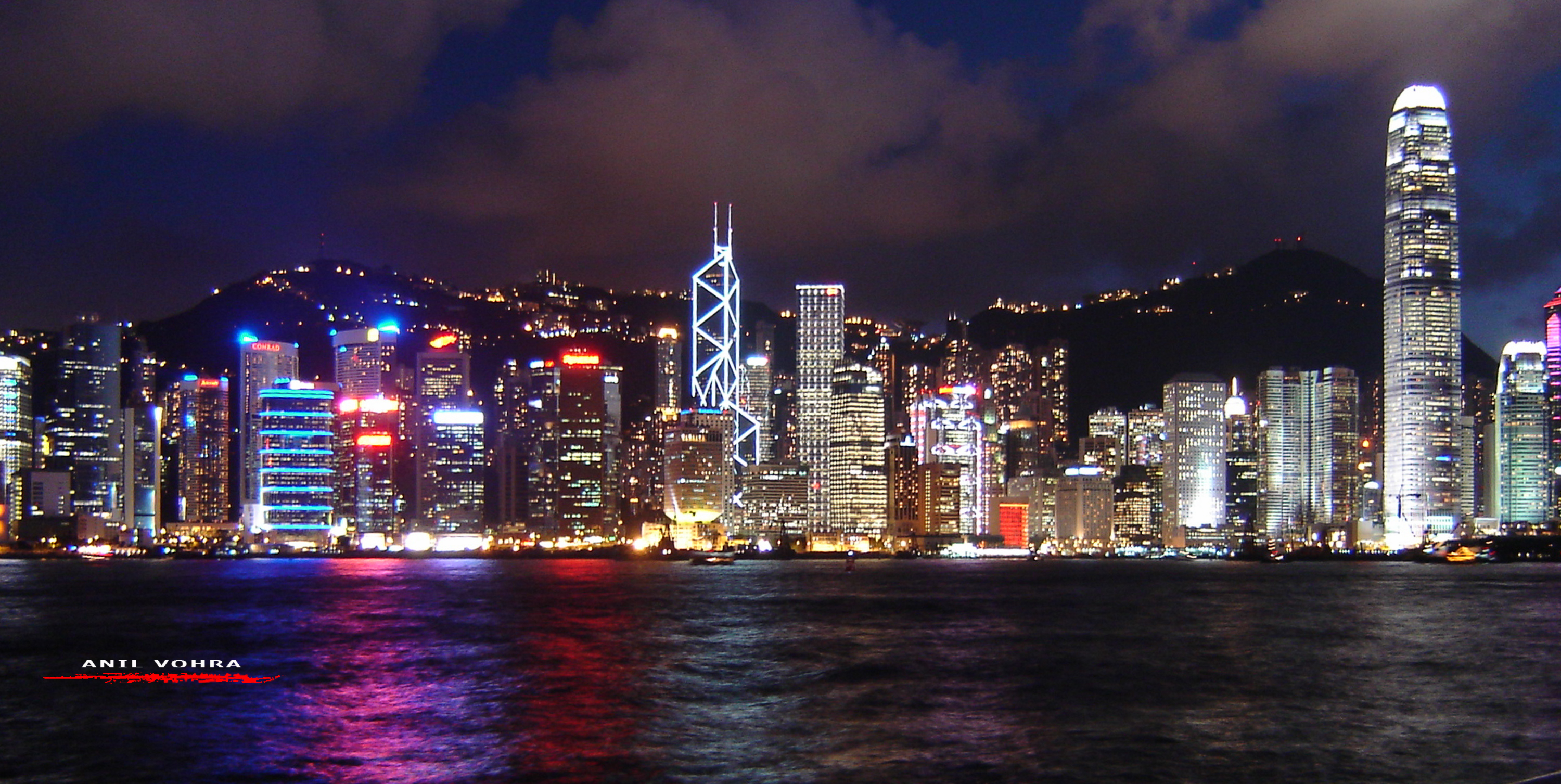 8 thoughts on “A Symphony of Lights in HK”