You might have heard of Bullet Bikers Groups but did you know there was a temple where the Royal Enfield Bullet was worshipped ? I don’t too till I made a stopover on the Jodhpur – Udaipur drive at the Bullet Baba’s shrine. Yes, it has a history intriguing enough, mysterious, unexplained and miracles to it…read on 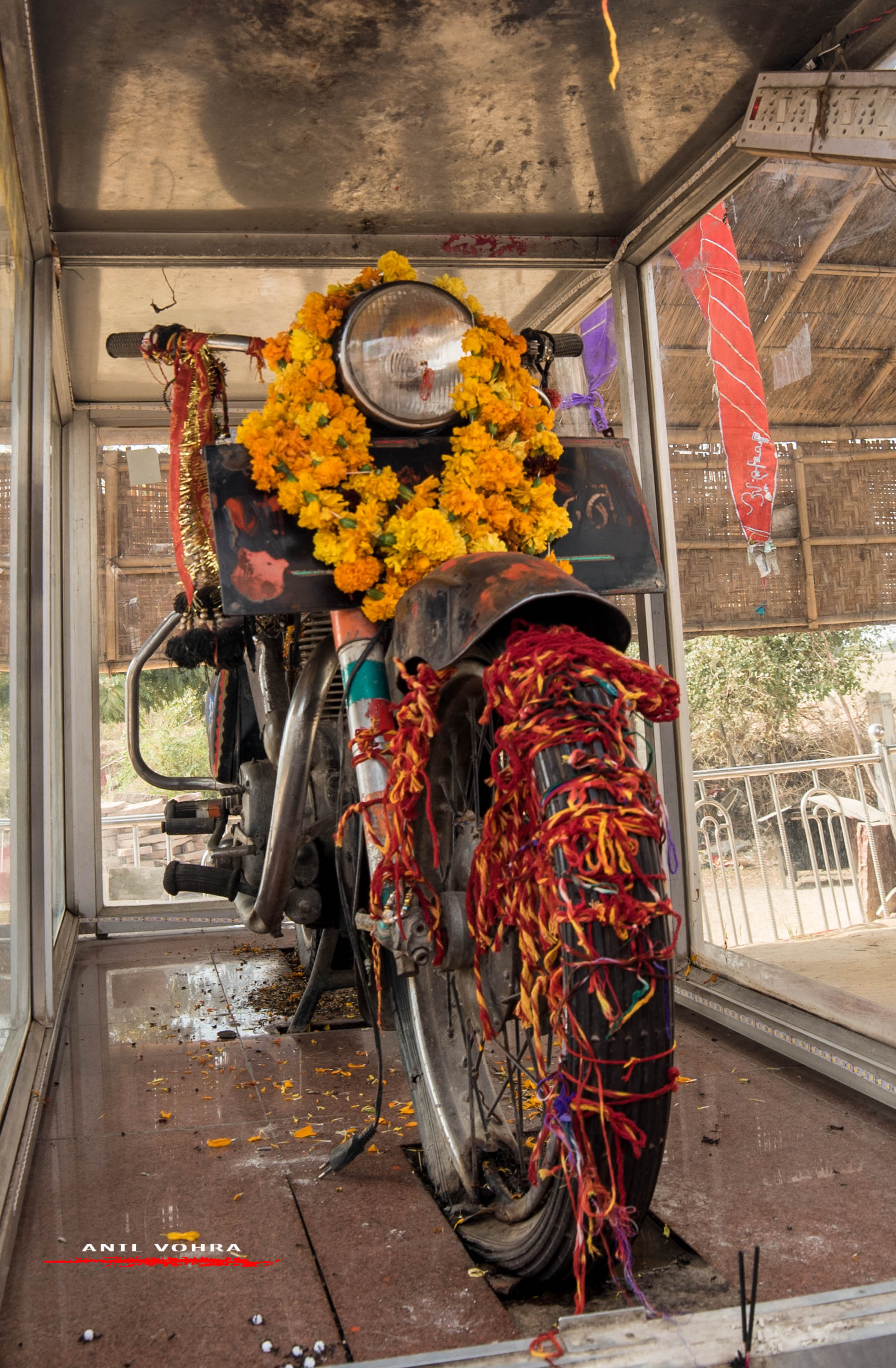 On 2nd Dec, 1988, Om Banna (formerly known as Om Singh Rathore) was travelling from the town known as Bangdi near Sanderao of Pali to Chotila, when he lost control of his motorcycle and struck a tree: Om Banna was killed instantly, his motorcycle falling into a nearby ditch. The morning after the accident, local police took the motorcycle to a nearby police station. The next day it was reported to have disappeared from the station and was found back at the site of the accident. Police, once again, took the motorcycle, this time emptying its fuel tank and putting it under lock and chain to prevent its removal. Despite their efforts, the next morning it again disappeared and was found at the accident site. Legend states that the motorcycle kept returning to the same ditch. It thwarted every attempt by police to keep it at the local police station; the motorcycle was always returned to the same spot before dawn. 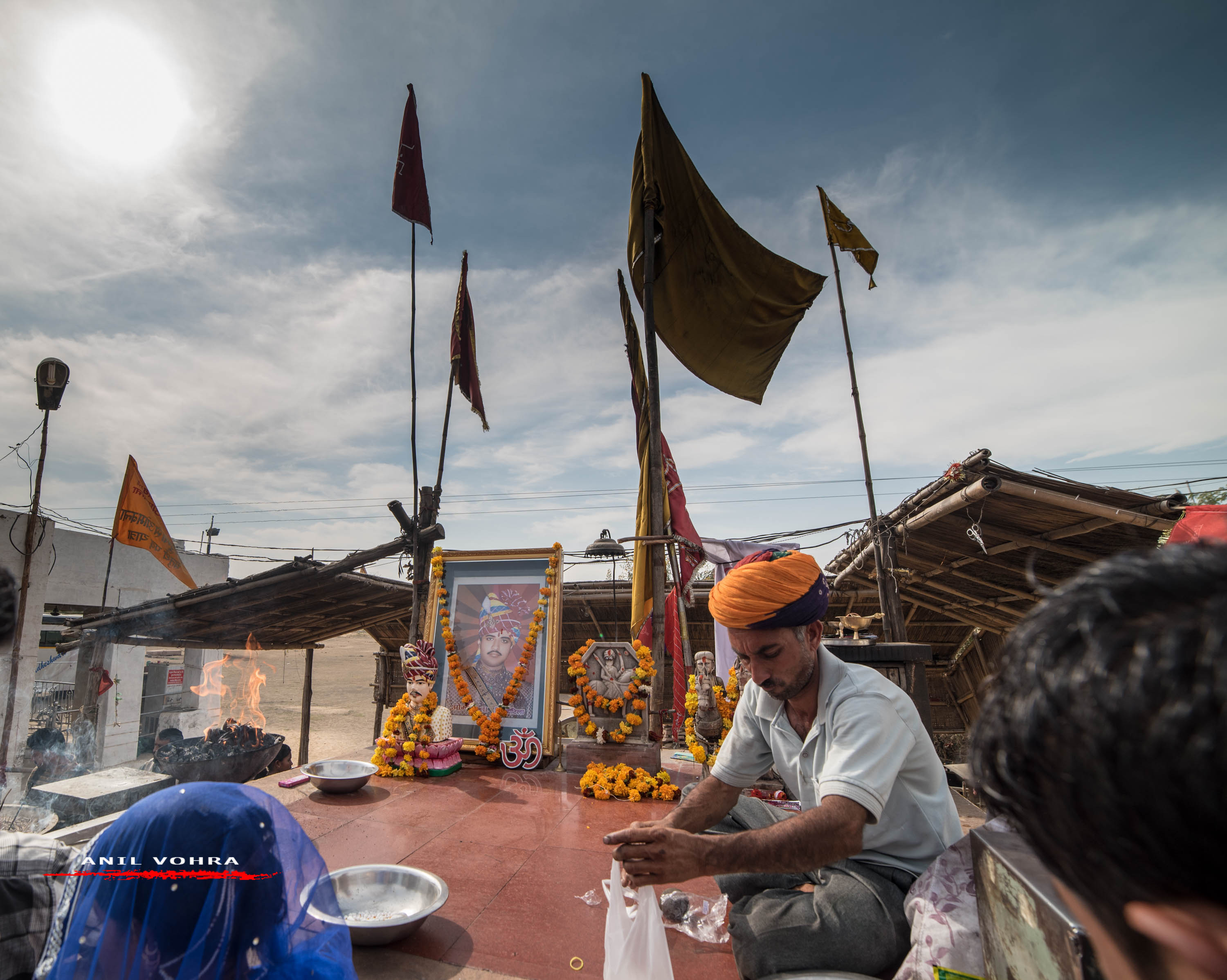 This came to be seen as a miracle by local population, and they began to worship the “Bullet Bike.” News of the miracle motorcycle spread to nearby villages, and later they built a temple to worship it. This temple is known as “Bullet Baba’s Temple.”

It is believed that Om Banna’s spirit helps distressed travellers. The temple includes a tree ornamented with offerings of bangles, scarves and rope. 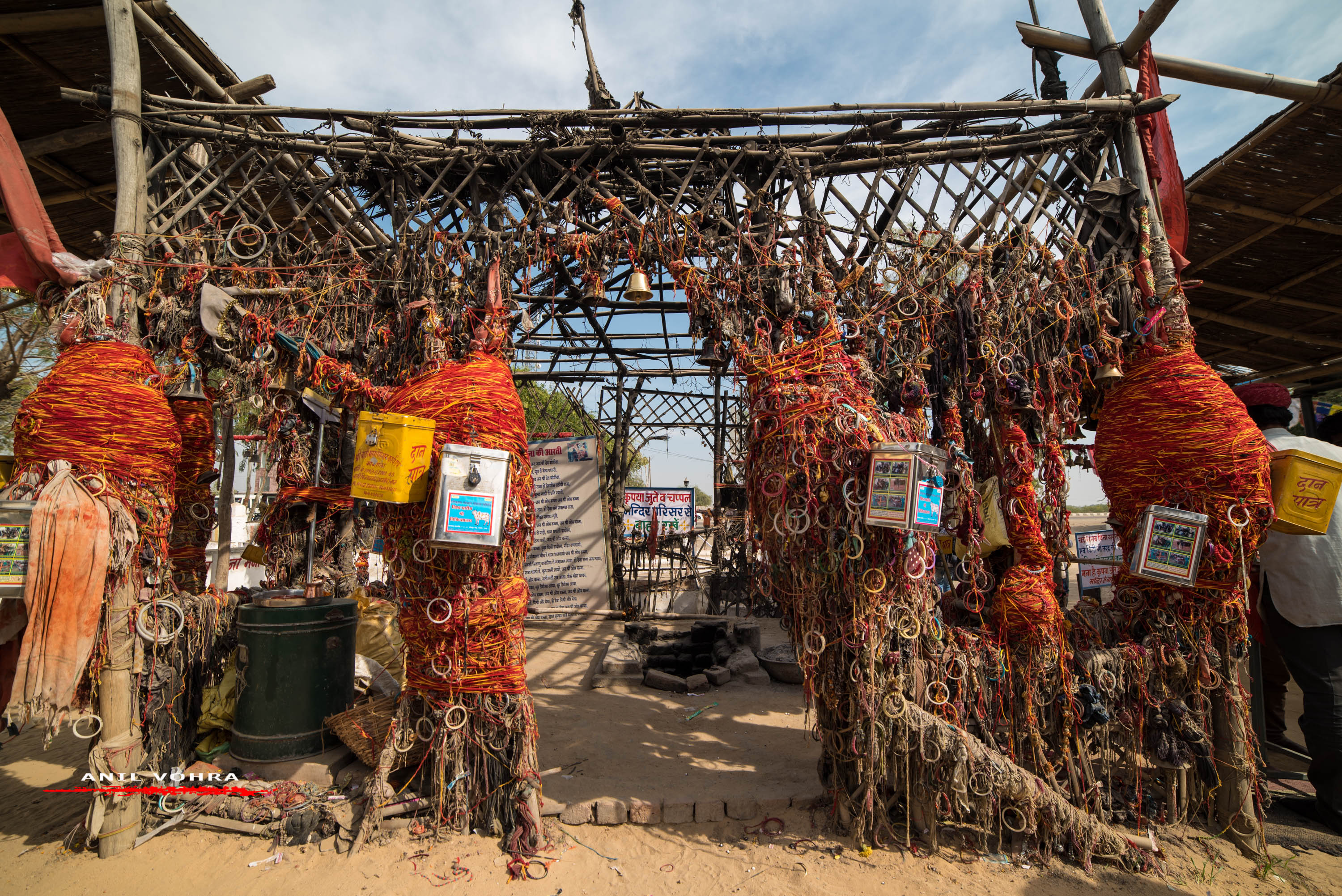 There is temple beside the Enfield motorbike has a large picture of Singh. Worshippers come here to offer alcohol esp whisky and garland to the bike. The women pray for the men while on the road for their road safety. There is a tree which has red threads tied all around.

2 thoughts on “BULLET BABA – the patron saint of NH65”