Don’t let rain stop play on your trip to Amsterdam..atleast I did not when I had a few hours of layover at Amsterdam. 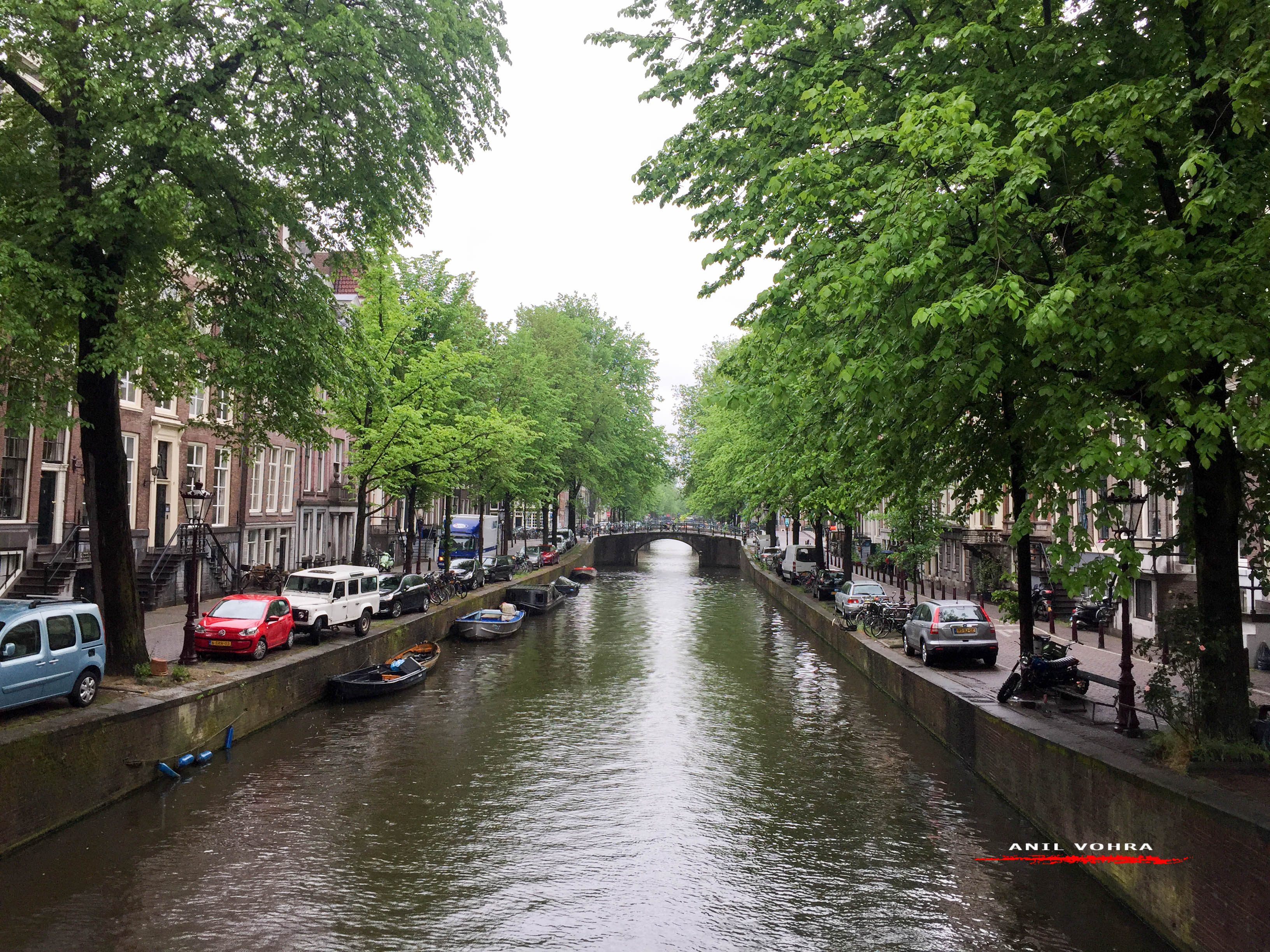 As the pilot announced on the commencement of the descent into Amsterdam, he also updated of strong winds and rains in the city. This meant that I had two choices, stay put at the airport KLM lounge or head out the city and make extra use of my Schengen visa. I chose the later and quickly bought 2 things from the airport  – A return train ticket  for €8.40 to Amsterdam Centraal and a umbrella  for €5. 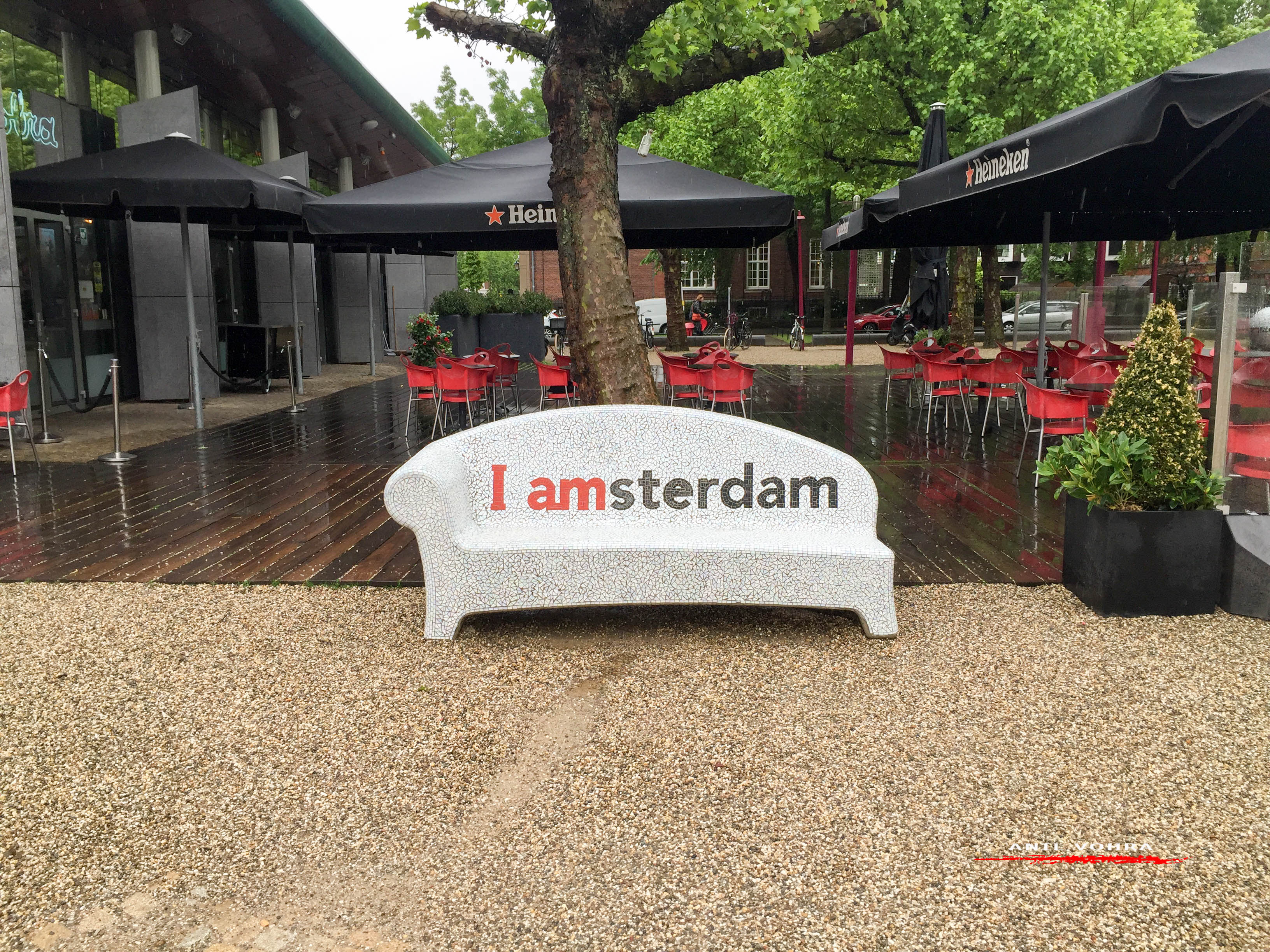 A transit time of over 4 hours should give you enough time to visit the city by train. For a comfortable visit, recommendation would be to have 6-7 hours transit. Schiphol airport lies some 17km (11 miles) south-west of Amsterdam and there is a frequent train service to Amsterdam Central station which takes 15-20 minutes. 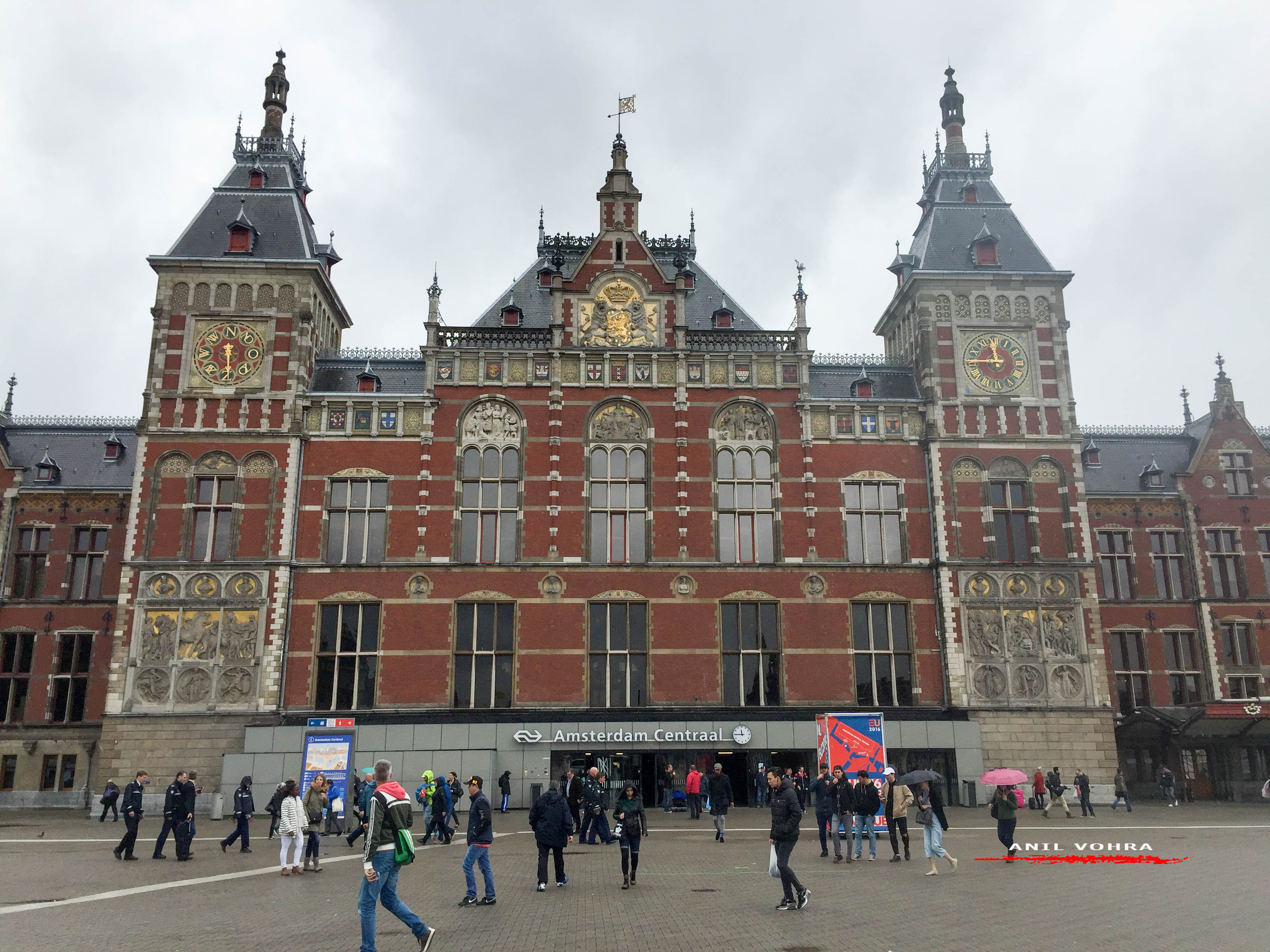 As you arrive at Amsterdam Central station the city centre is located on your right side (facing forward). From the platform head down the stairs to the tunnels which take you to the main exit. 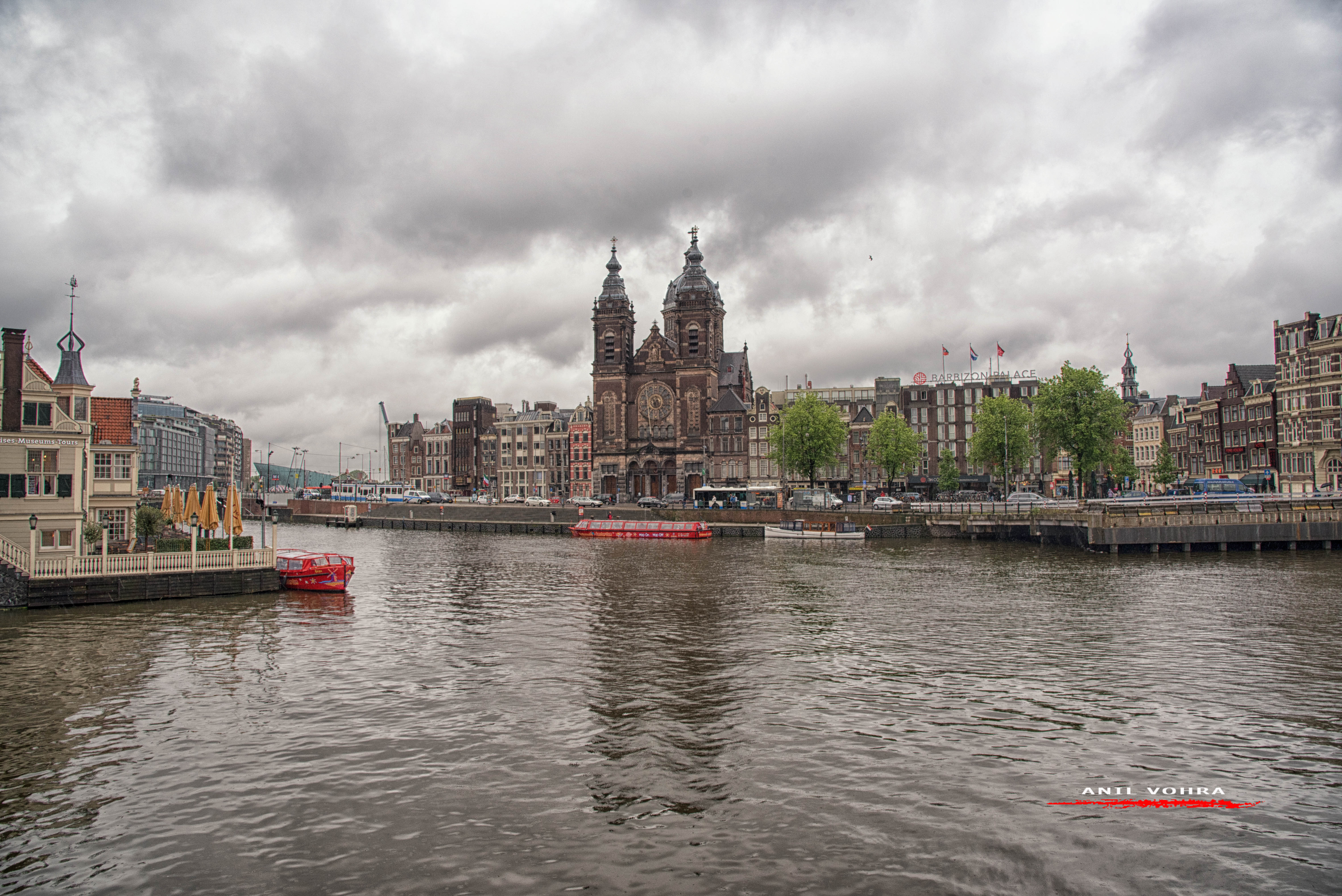 Although the city guides would recommend  taking a canal cruise as Amsterdam is a perfect city to be seen by later as these cruises run through the canal waterways in the city passing through the vivid localities, city architecture and tourist spots. For another day, I would have taken one but not on the day as the cruises had their glass shutters downed with water droplets filled on it. Something that was what my camera’s AF system hated. I skipped them to take a longer walk around the city canals in the light rain which added to the mood of the city. 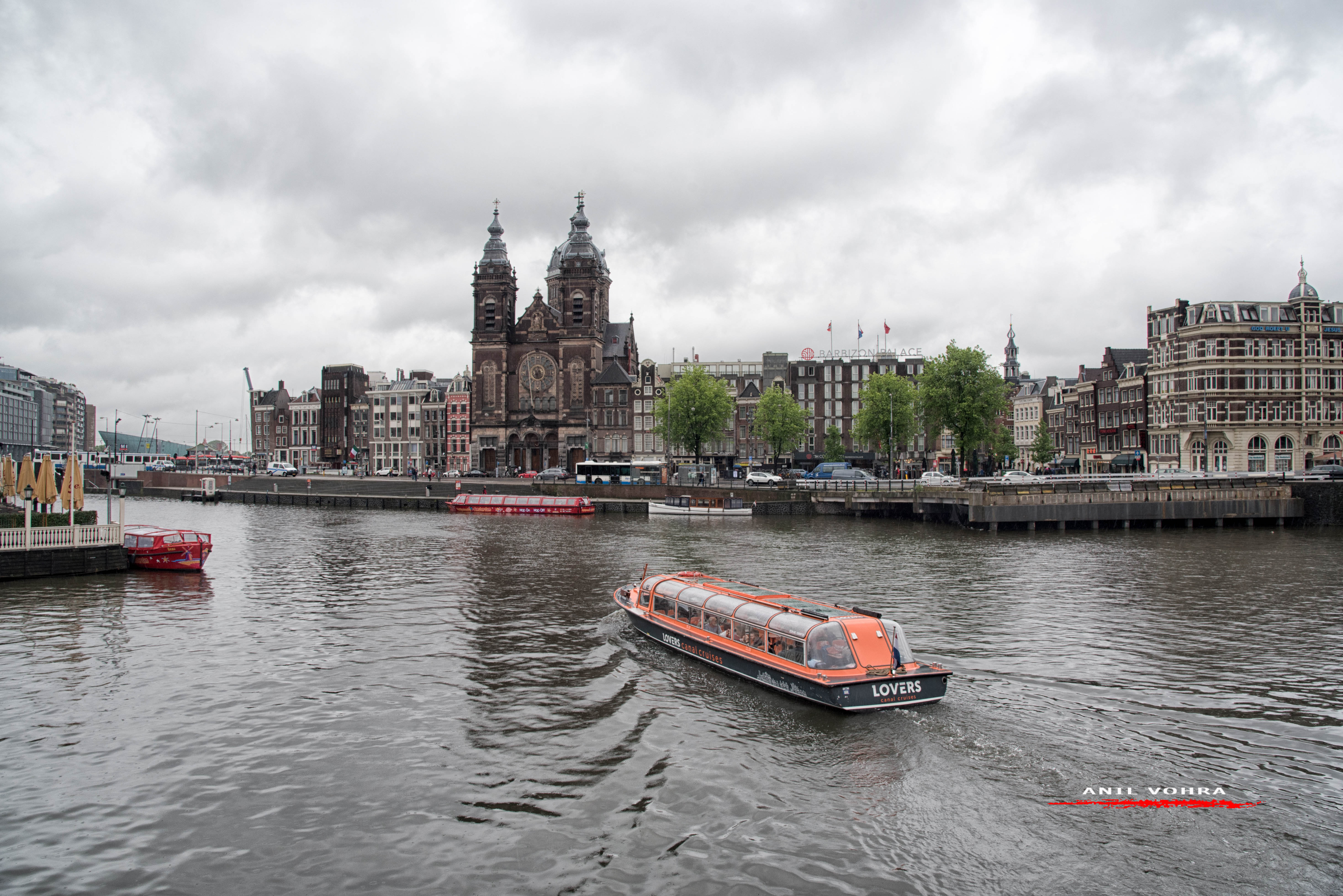 As soon as you walk out  you will be spoilt for choice, cause unlike other larger European cities, at the station you really are in the center of things. The main street in the city, Damrak, runs from the front of the station for about 1km straight up to Dam Square. On the way you can see the Amsterdam Stock Exchange, the oldest stock exchange in the world, is located in the city centre. A few minute of walk on Damrak lined with upmarket stores and cafe landed me at my first stop at the Dam.

The Dam derives its name from its original function: a dam on the Amstel River, hence also the name of the city.  On the west end of the square is the neoclassical Royal Palace, which served as the city hall from mid 17th century until its conversion to a royal residence in early 19th Century. 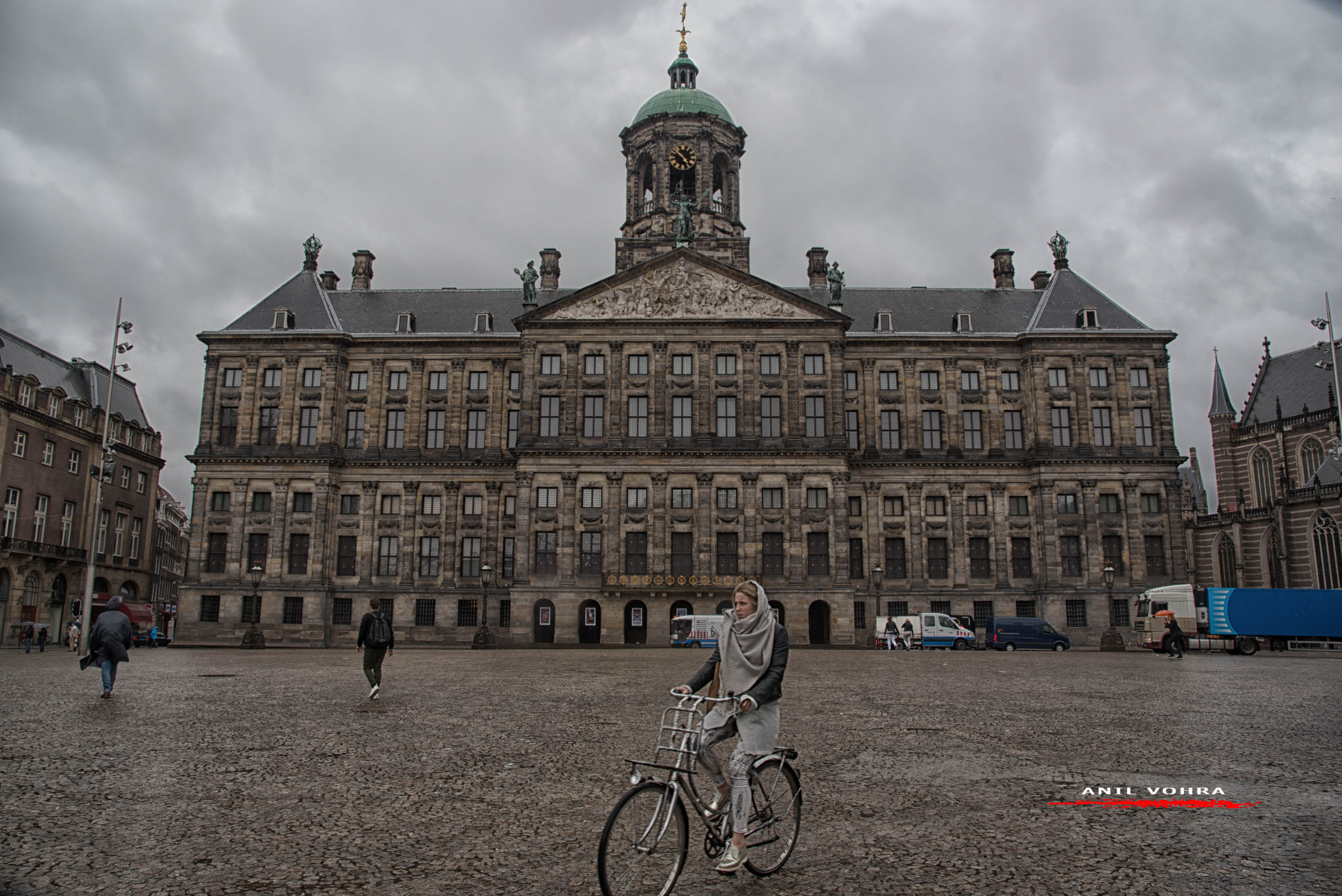 Beside it are the 15th-century Gothic Nieuwe Kerk (New Church) and the Madame Tussaud’s Wax Museum. 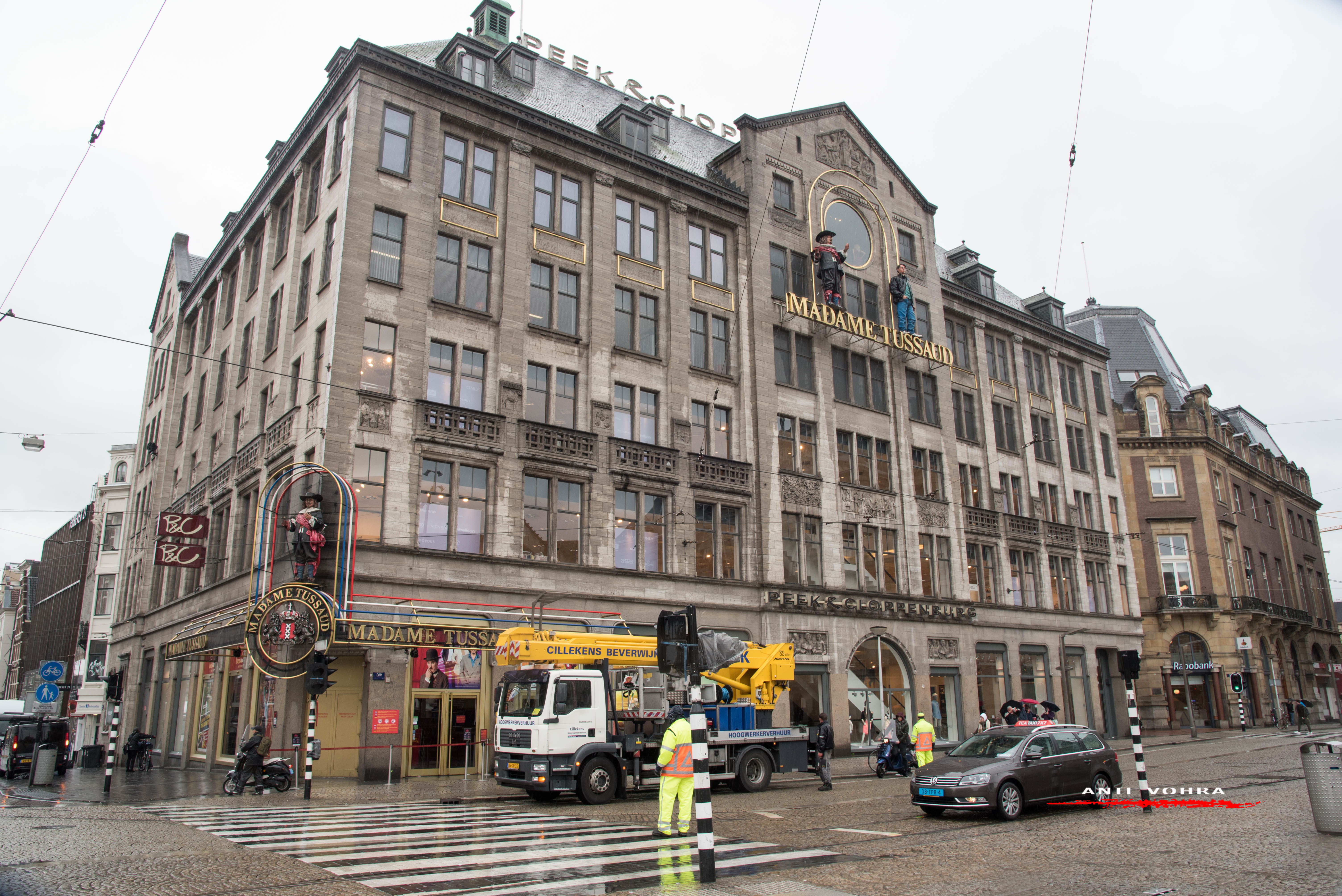 The National Monument, a white stone pillar erected in 1956 to memorialize the victims of World War II, dominates the opposite side of the square. 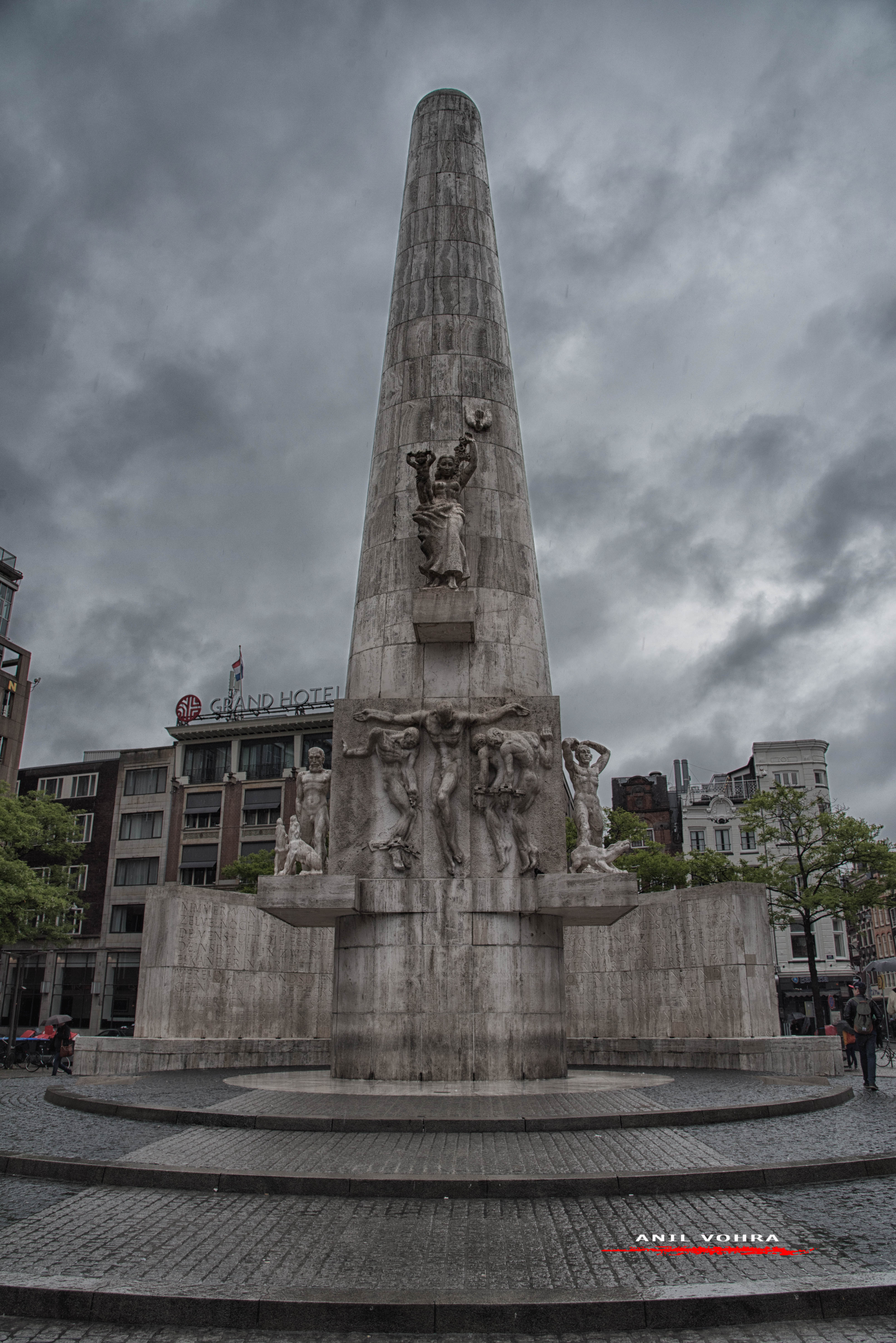 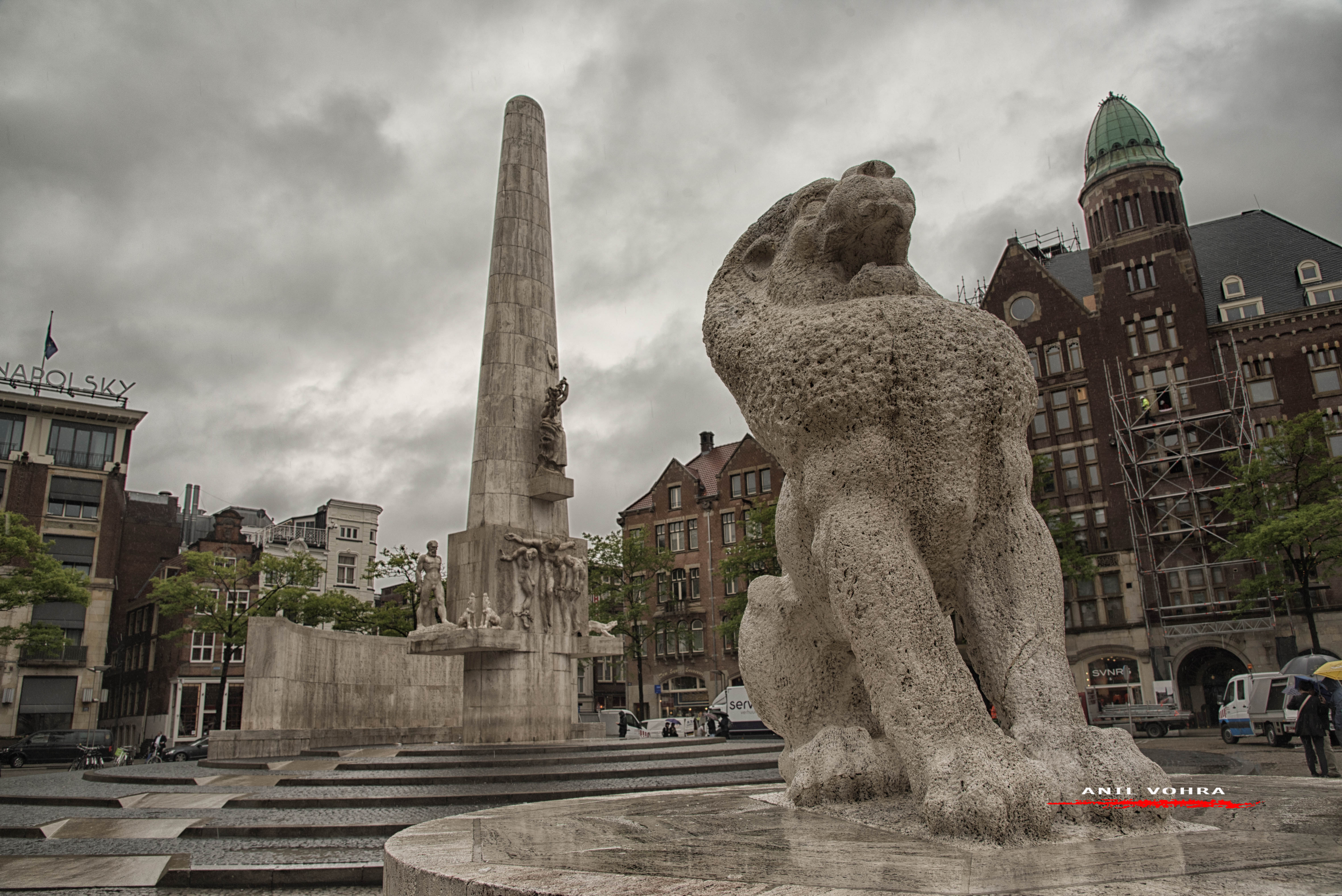 From Dam runs the Kalverstraat shopping street; the striking Magna Plaza mall is also nearby. 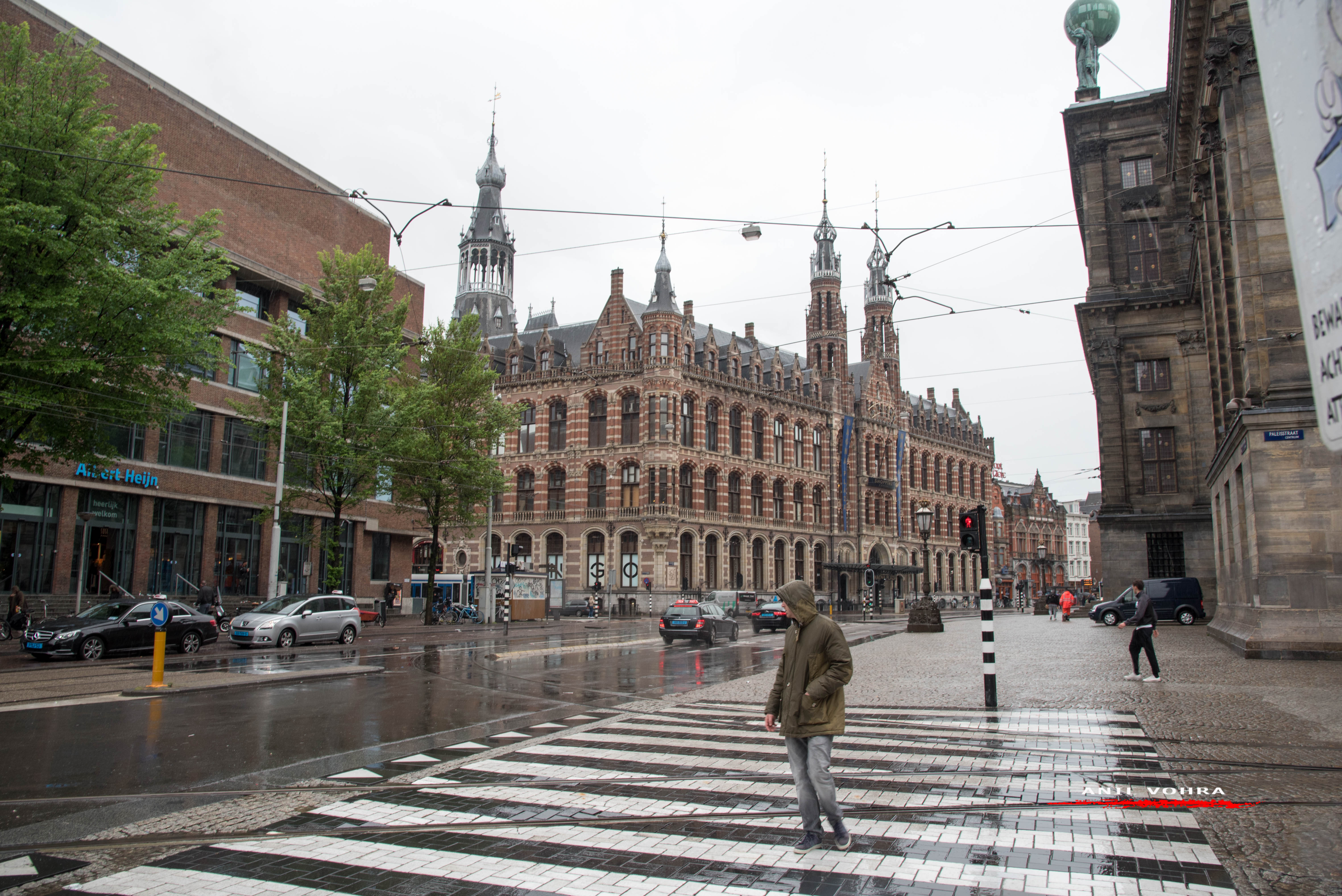 Head out further west to the Negen Straatjes (9 streets) and Jordaan area with pretty canals and independent shops. 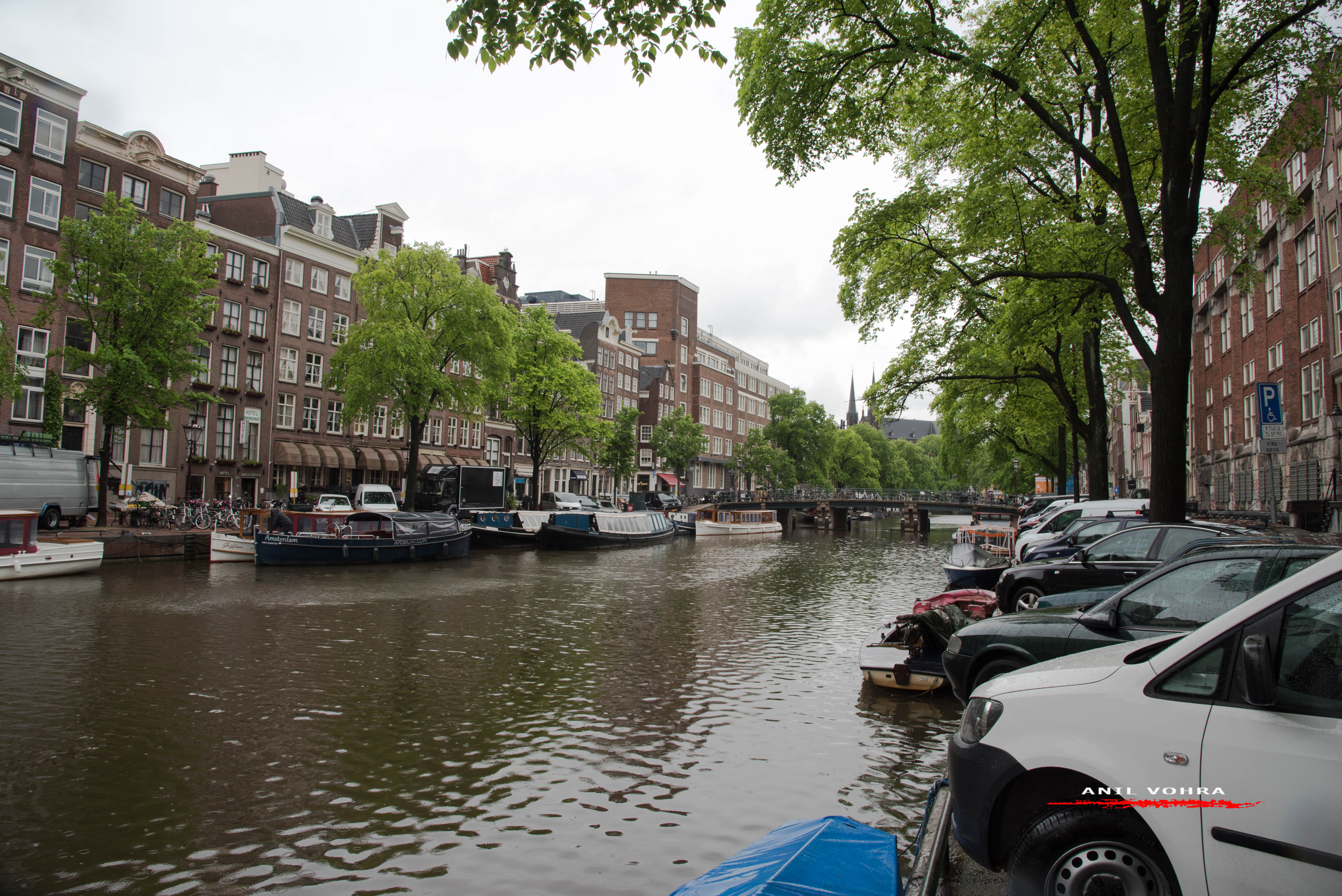 A few quick lookup on google maps for navigation, I walk past the 9 street from Raadhuistraat, to enter Jordan, Which originally a working-class neighbourhood, but today has become one of the most expensive, upscale locations in the Netherlands. The most common theory on the origin of the name is as a derivation of the French word jardin, meaning garden: most streets and canals in the Jordaan are named after trees and flowers. 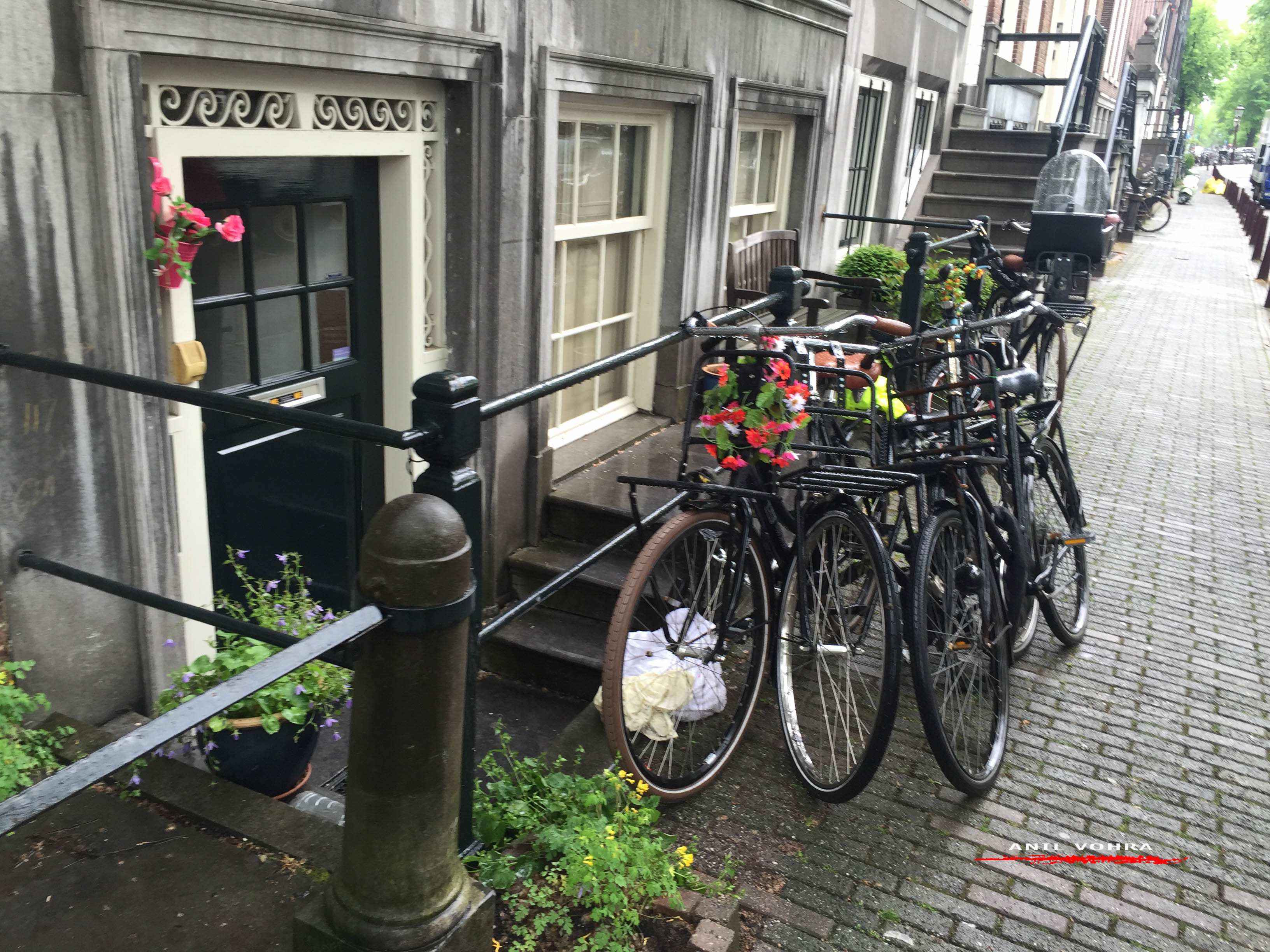 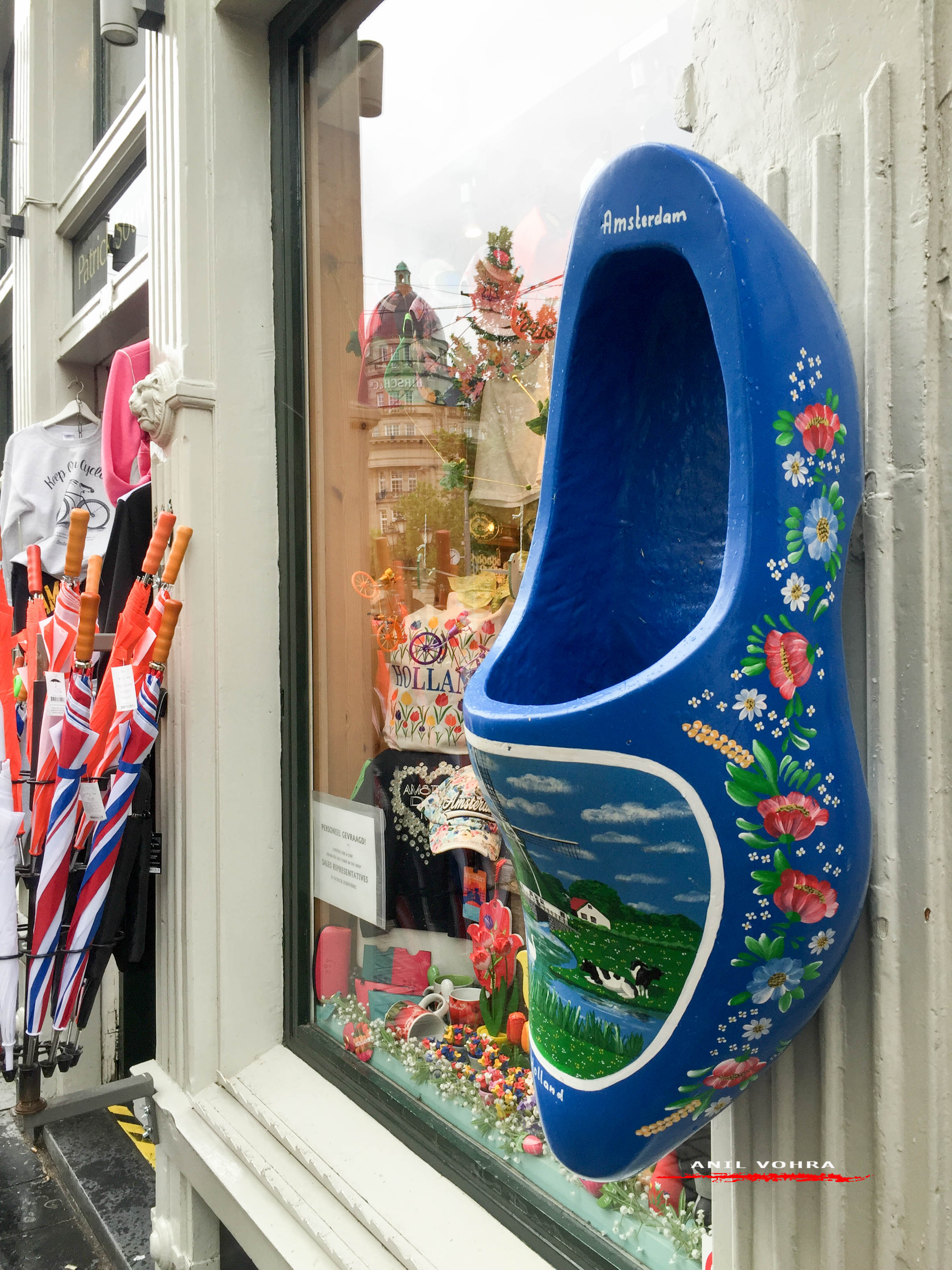 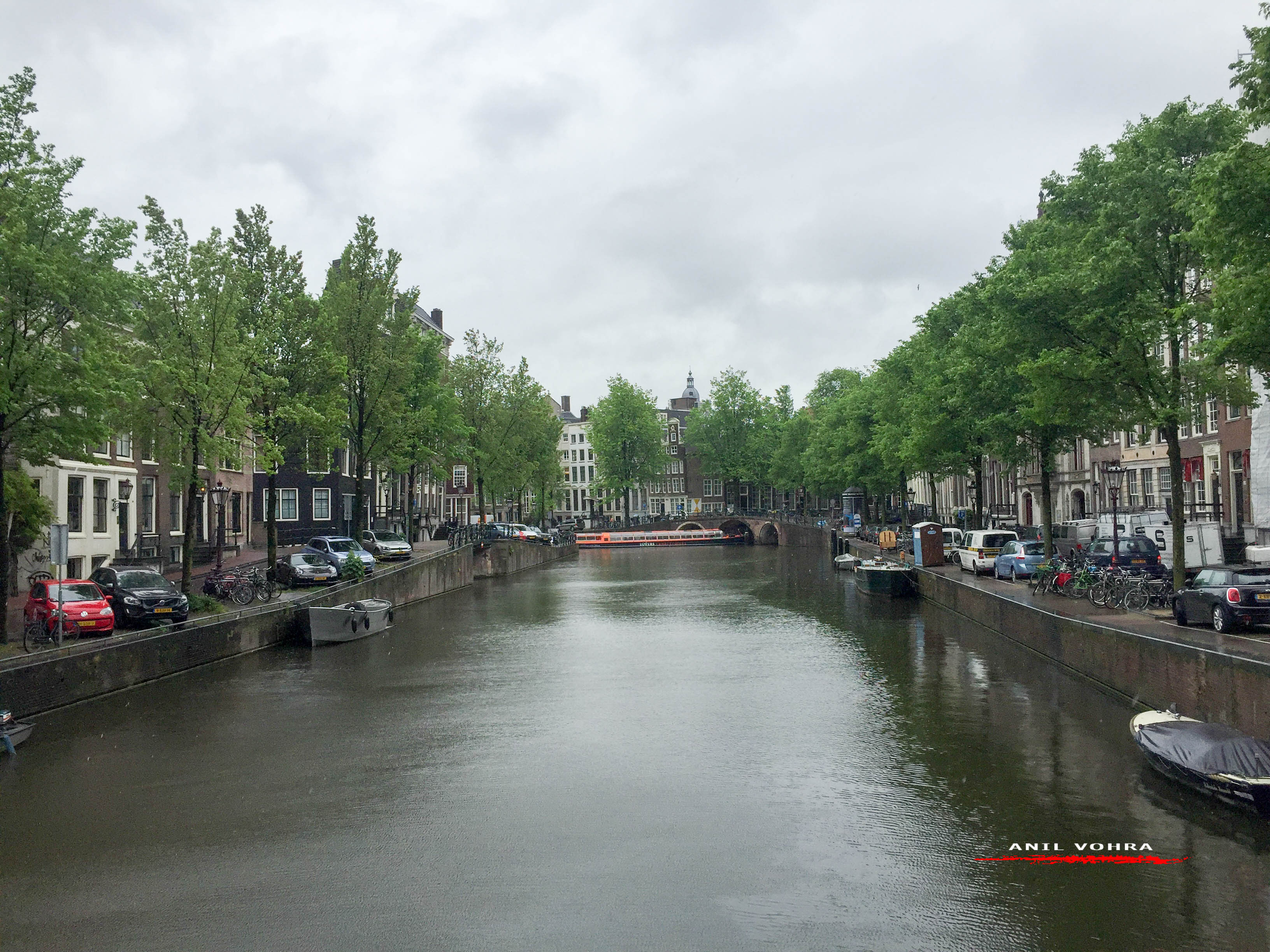 The Amsterdam canal system is the result of conscious city planning. In the early 17th century, when immigration was at a peak, a comprehensive plan was developed that was based on four concentric half-circles of canals with their ends emerging at the bay. A walk along these canals brings you through Anne Frank house. 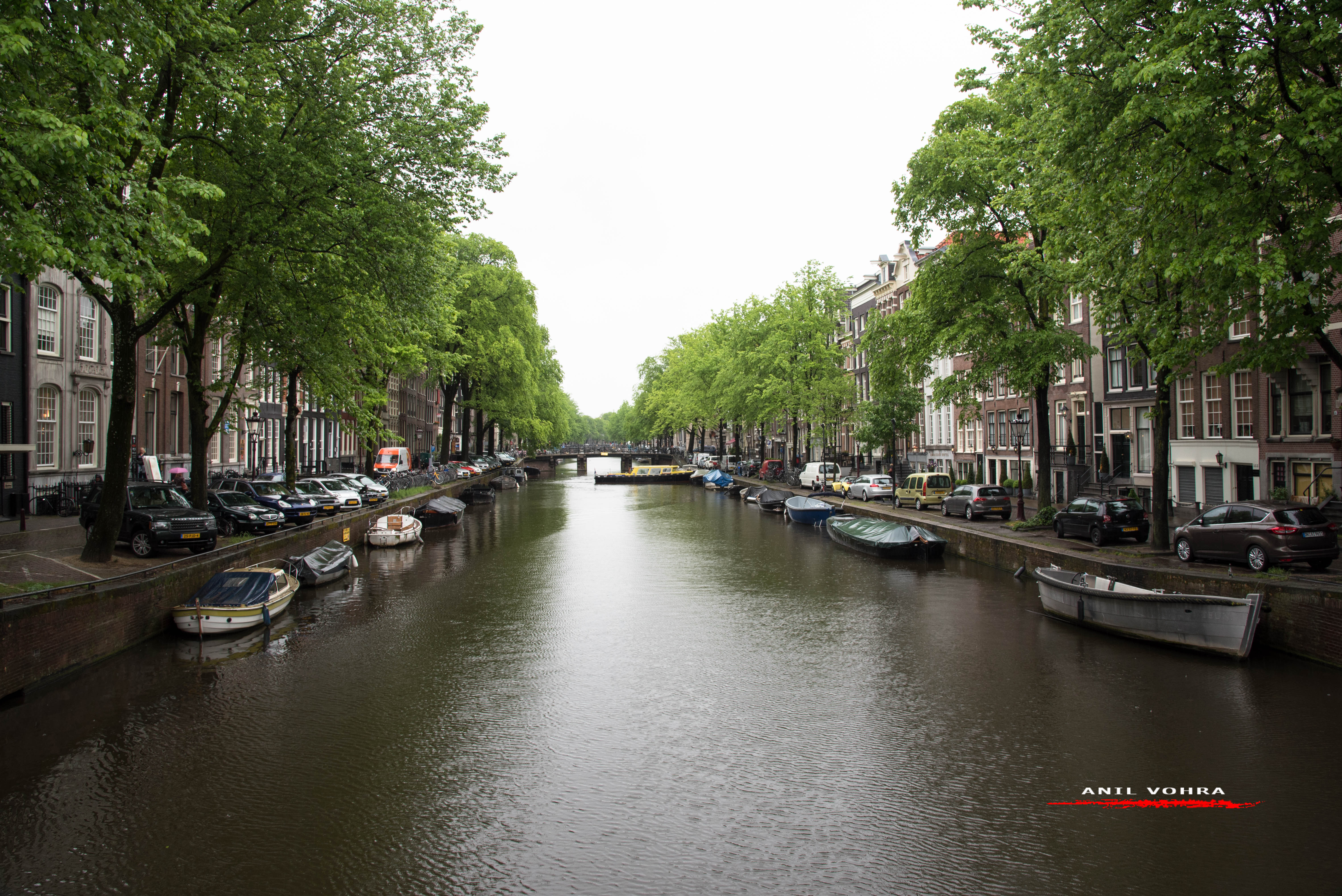 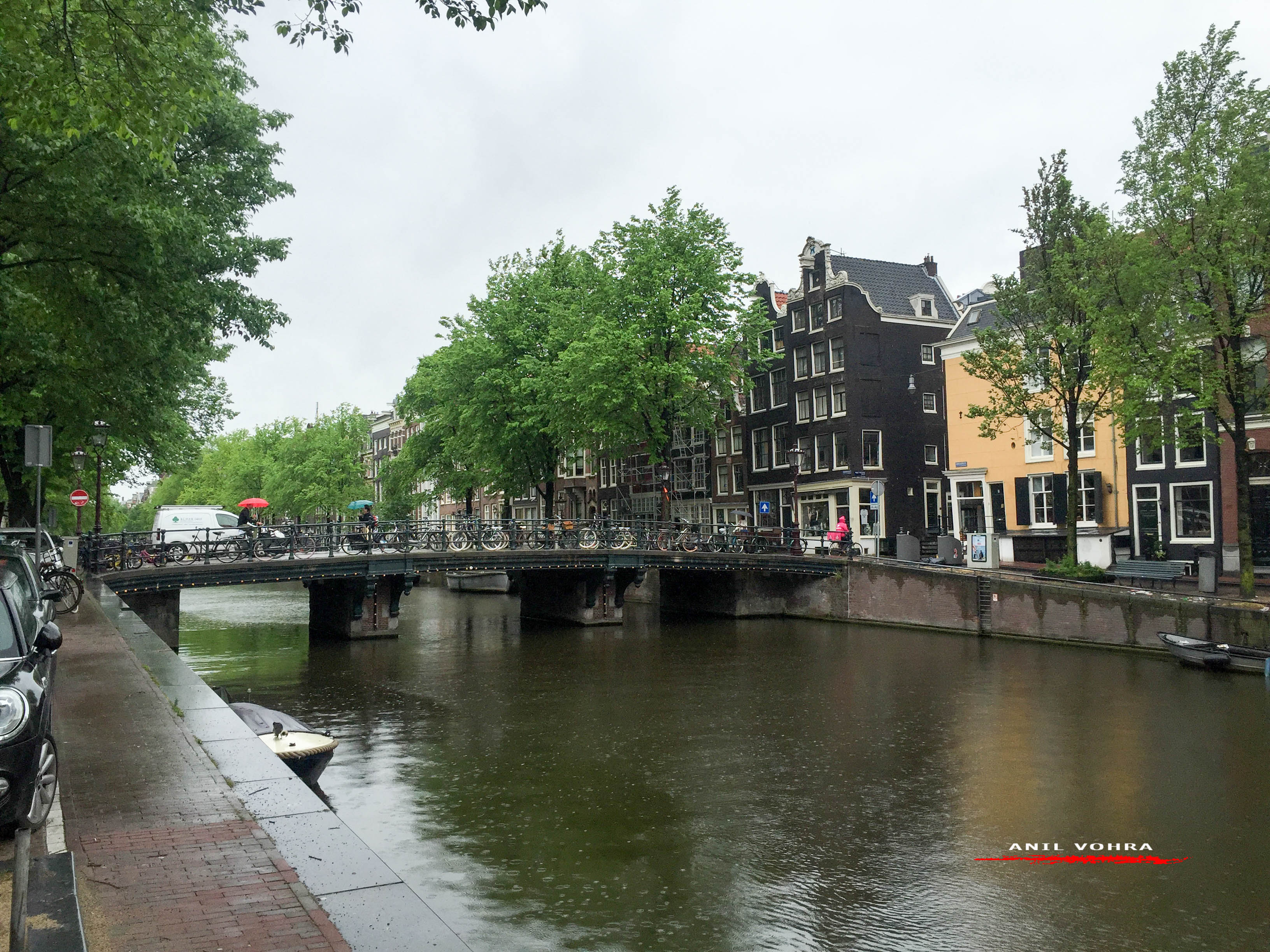 The walk through the canals took me to the Rijksmuseum – one of the largest and most popular  amongst three main museums in Amsterdam, Van Gogh museum and Anne Frank house being the other two. Rijks  possesses the largest and most important collection of classical Dutch art – estimated to be nearly one million objects. The artist most associated with Amsterdam is Rembrandt, whose work, and the work of his pupils, is displayed in the Rijksmuseum. 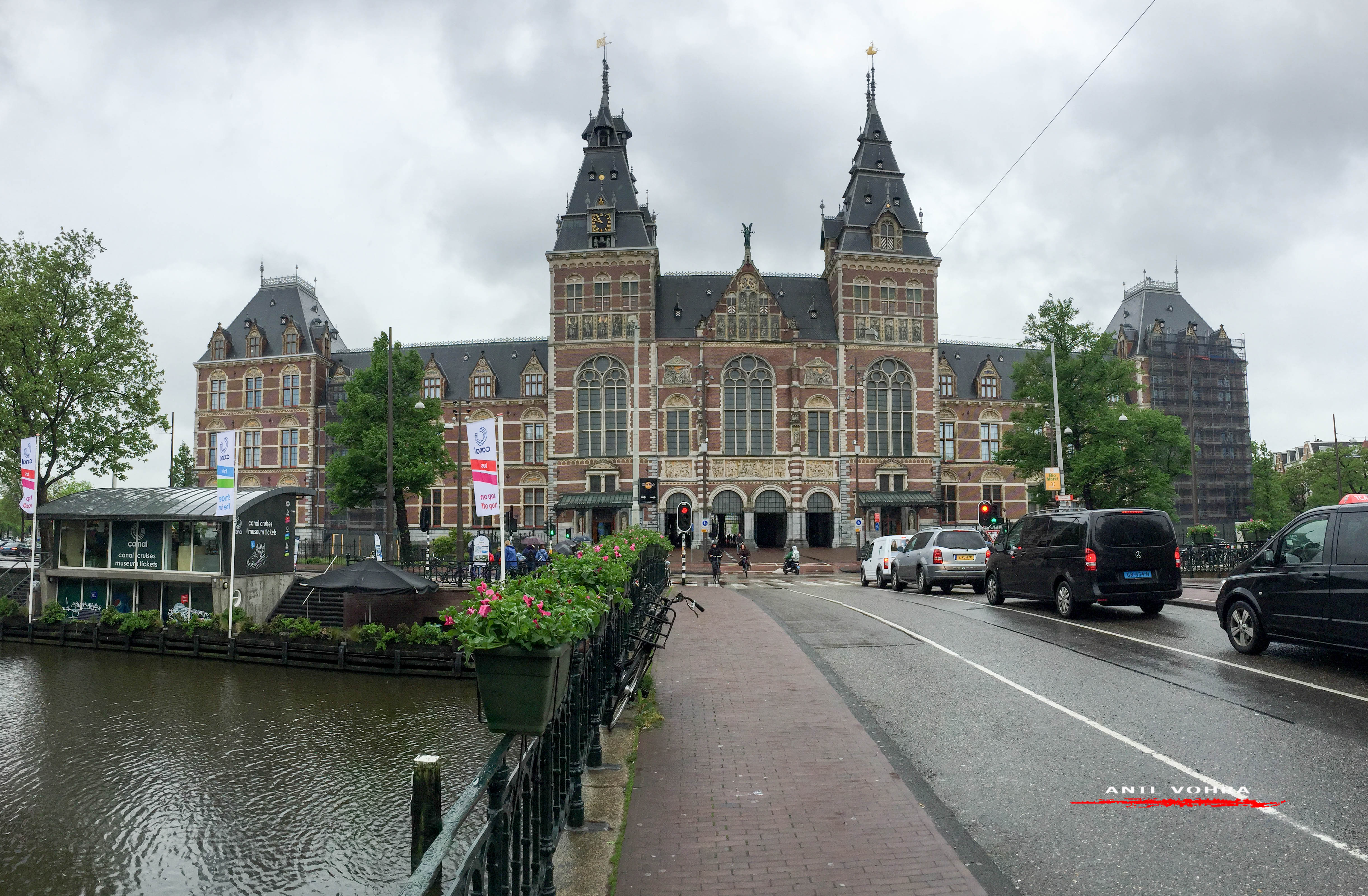 Behind the Rijks museum is one of the most photographed places in Amsterdam – the ‘I amsterdam’ letters – An introduction, a slogan, a statement of inclusion and a physical icon – I amsterdam is the city’s and its residents’ collective catch phrase. ‘I amsterdam’ began as the marketing campaign for the Amsterdam Area and its business and promotional organisations, but quickly took on a life of its own, becoming a collective catch phrase for the city’s residents, regardless of who they are or where they come from.

Or to the east of Dam/Damrak can be found Zeedijk (Chinatown), Nieuwmarkt (budget shopping unlike the Damrak) and also De Wallen the  famous Red Light District (RLD).  RLD is five minutes walk from CS. With your back to the station entrance walk left and take the street past, Zeedijk. Walk down here some 50 meters and turn right to come on to Oudezidjs Voorburgwal upon which the RLD in entered. 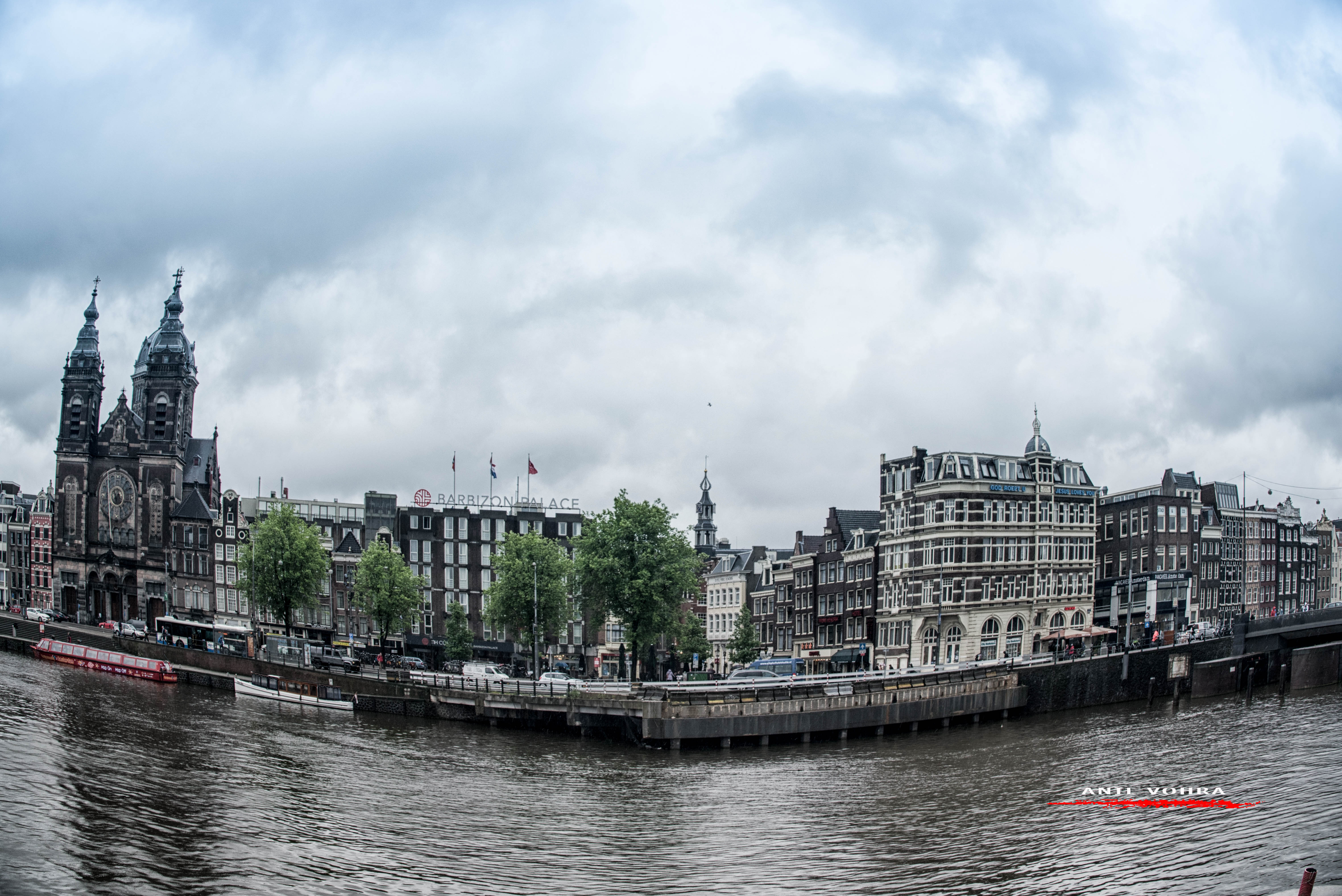 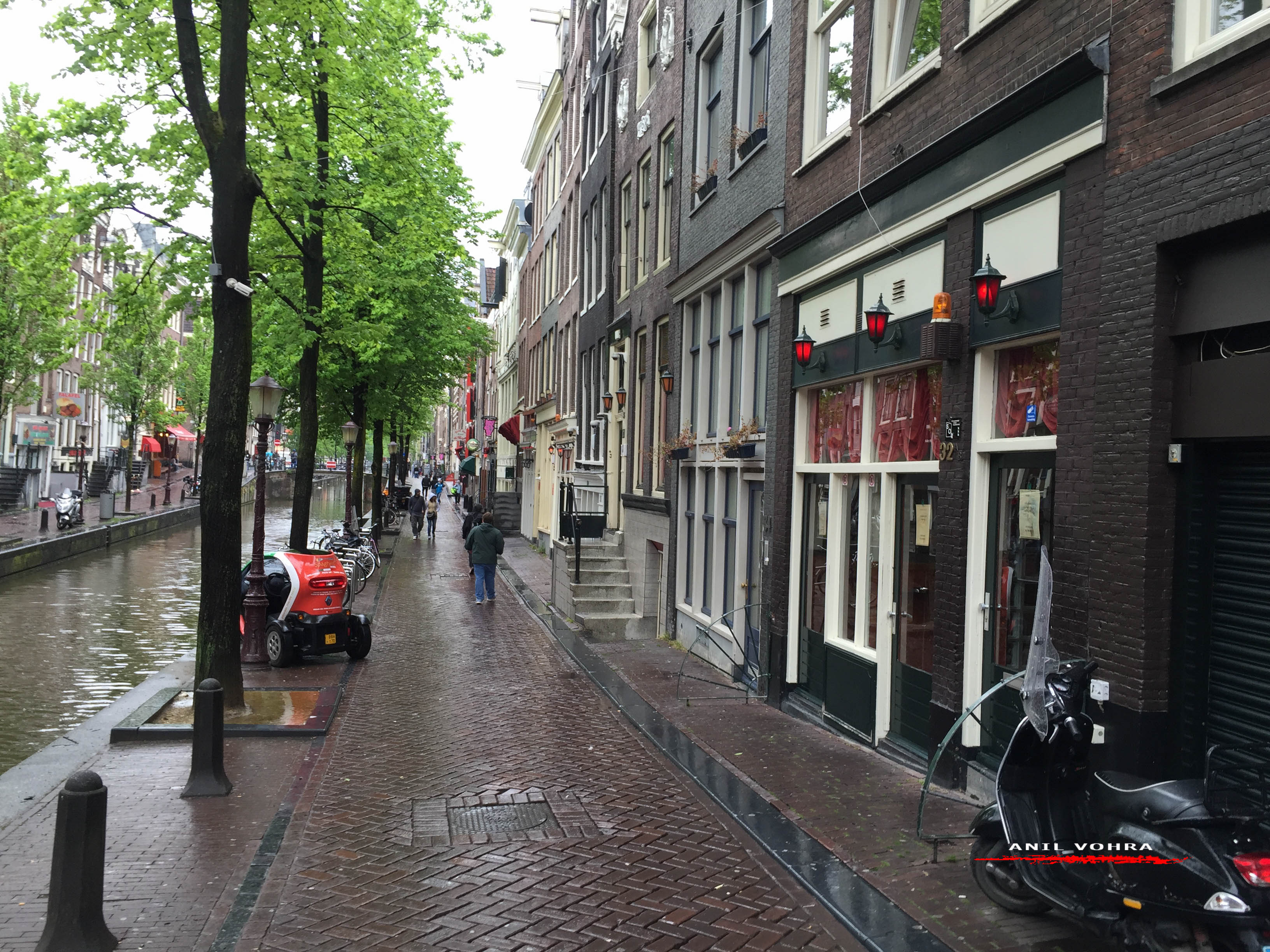 The 800-year-old de Oude Kerk (“The old church”) is Amsterdam’s oldest building and oldest parish church in De Wallen. The square surrounding the church is the Oudekerksplein. 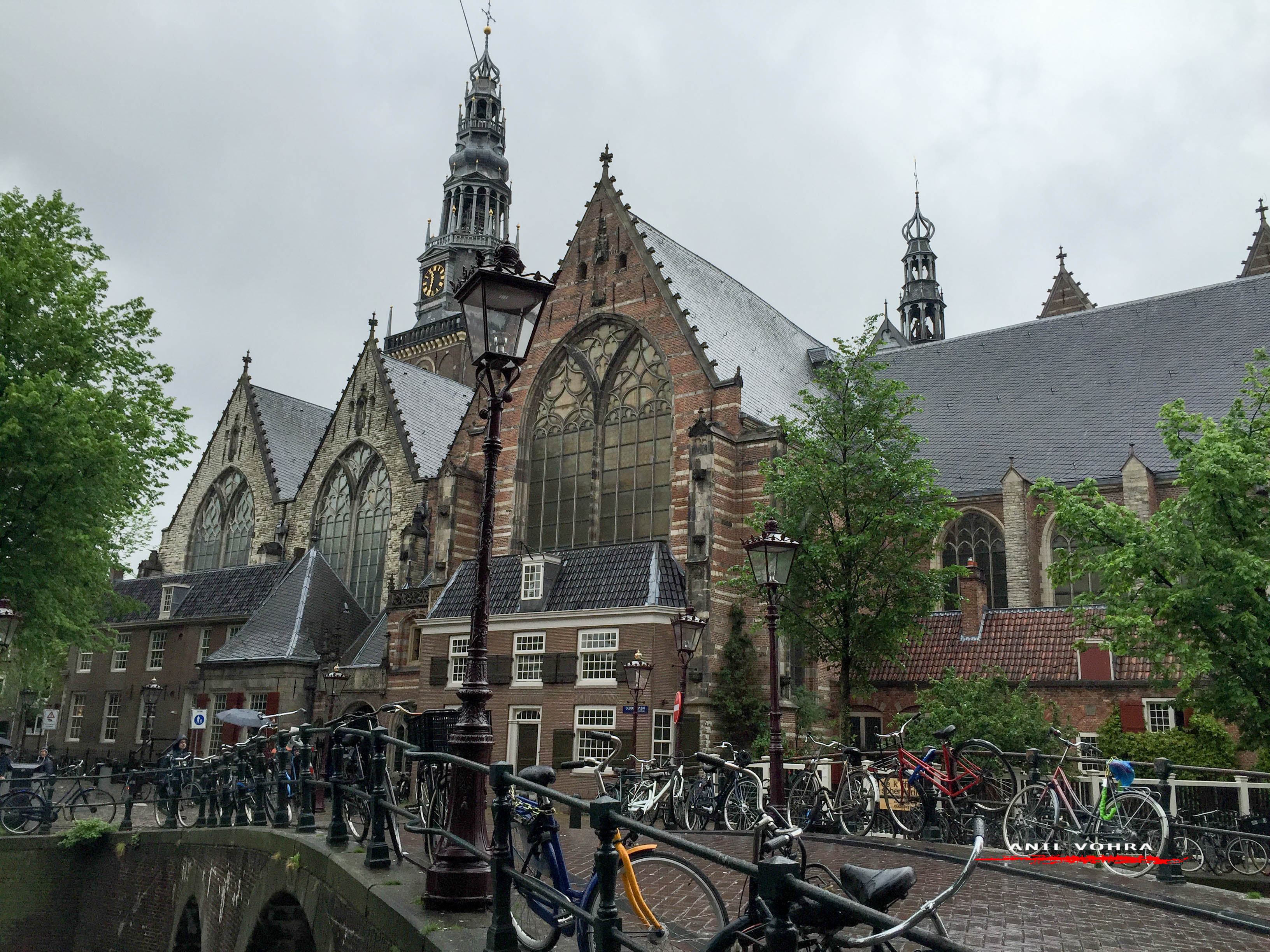 It was sad to see the new defunct Baba Coffeeshop, a once iconic landmark where people got mashed to the marijuana menu. The Indian decor was off and the  comfortable sofa removed. 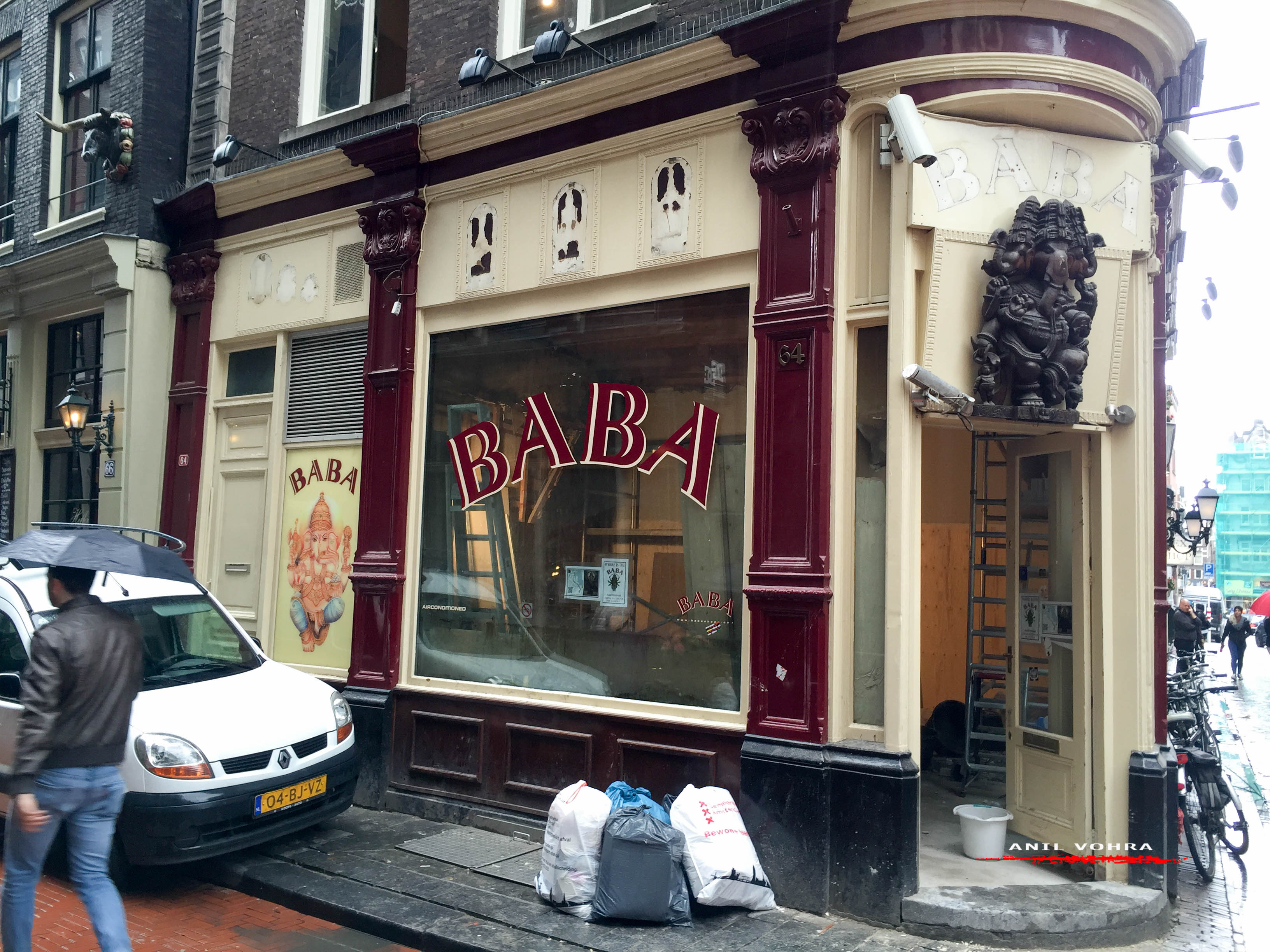 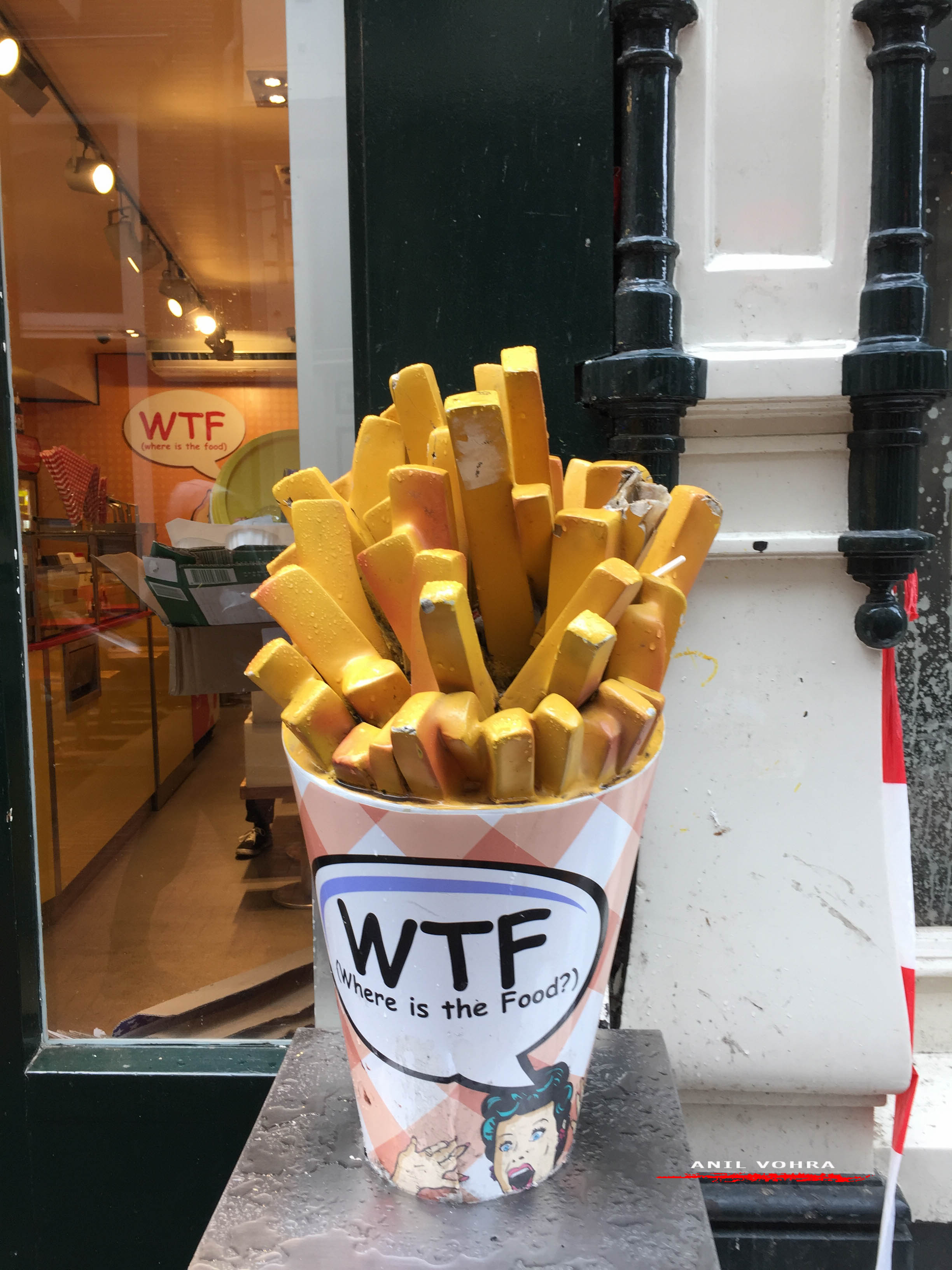 To return, As you enter CS you will see two screens. One displays all trains and one shows those going to Schiphol. Bear in mind that most trains going to Schiphol do not have that as their final destination. Note that, and the time and the platform you are going from. Departure platforms are usually those further from the entrance, 13, 14 or 15 but this can change. 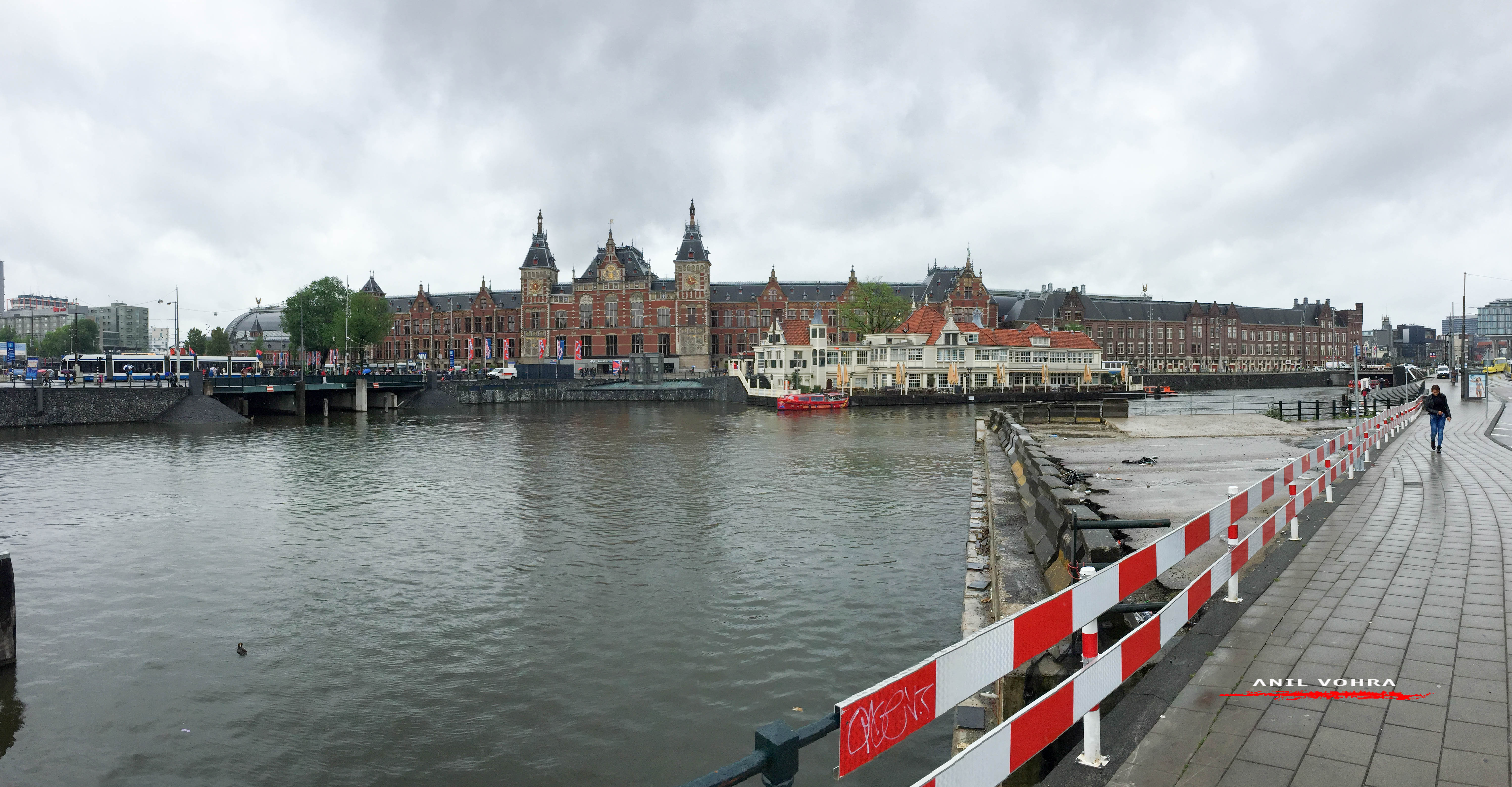