A result of an international competition to plan the new Bjørvika area of Oslo, The Barcode is a redevelopment on former dock and industrial land in central Fjord City. It consists of a row of new multi-purpose high-rise buildings, in tall and narrow forms with small open spaces between them, which make them resemble like a barcode across the skyline.

Barcode Project is a masterplan designed by multiple different architect firms to. The overall shape the buildings are very different, with many enjoyable architectonic details and quirks. The stated purpose of choosing such dissimilar building forms is to avoid a massive wall between the fjord and the buildings behind the Barcode, and that the Barcode principle, with segmented construction, will contribute to openness, light penetration, and transparency in the built-up area. The buildings have a shared basement. 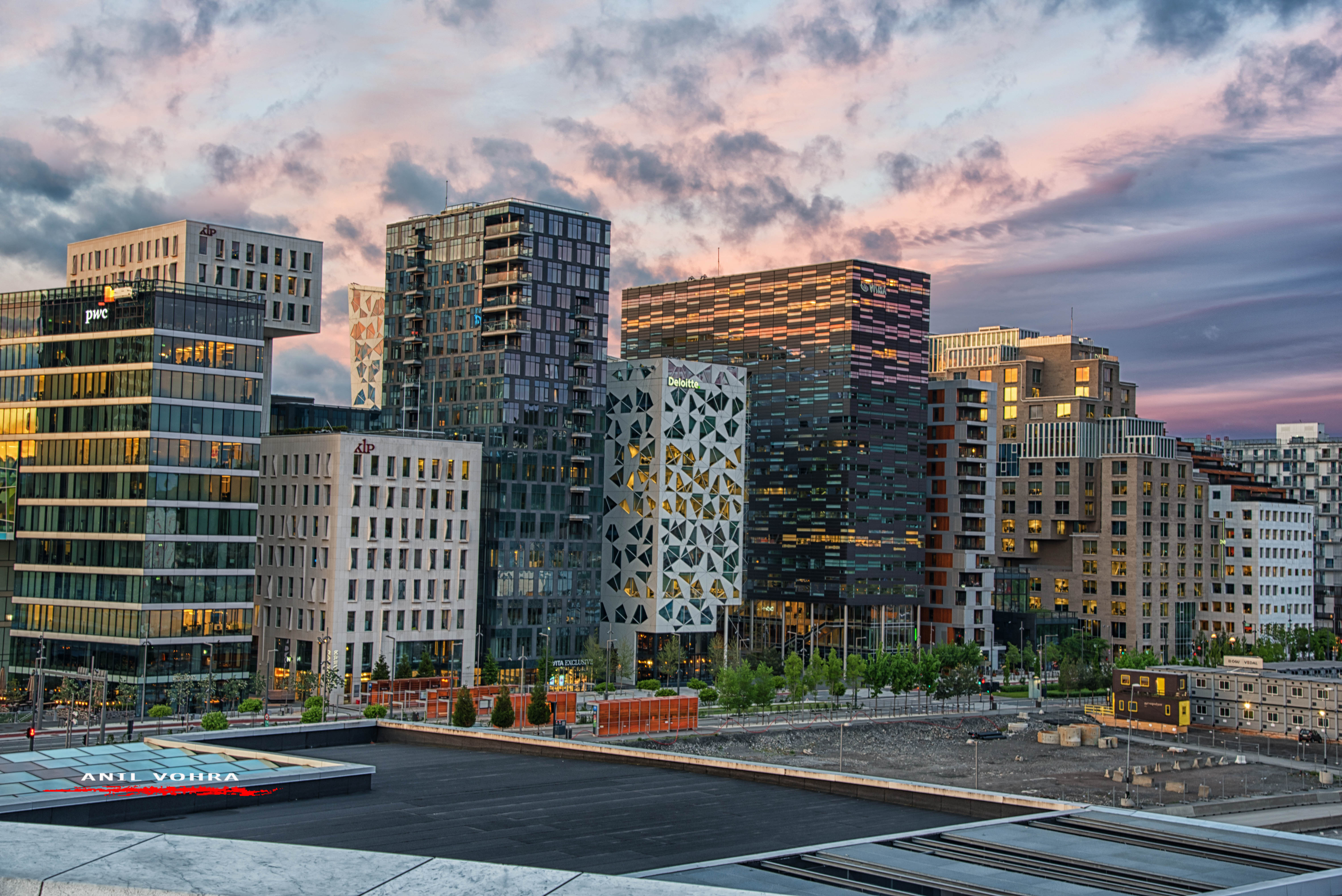 The tall buildings are situated close to the Oslo fjord, and have radically redefined the skyline of a city that was distinctively low-rise.  Seen as a divide between the old and new, the aged and the young, the past and the future

There has been intense public debate and stir about the height and shape of the buildings amongst both architects and the citizens of Oslo. The Barcode has been described as a barrier between the fjord and the rest of the city that will destroy Oslo’s character as an open, low-rise city with a lot of green space and cast a permanent shadow on adjacent neighborhoods for the benefit of a rich few. In a signature campaign, almost 71% of the population opposed the cultural invasion in the city’s traditional fabric. But then isn’t that true with every change ?…

One thought on “Yesterday to Tomorrow – Barcode, Oslo”