Shandeshwara Tala (or Shandeshwar Ghat) is a short ride on a cycle rickshaw through the narrow by-lanes,  lined with oil lamp lit shops and dilapidated but colourfully painted houses in this small town of Chinsurah, some 20 miles north of Kolkata in West Bengal india. After the local hum drum of kids running on the street and old women engages in murmuring conversation on their doorsteps, one can start seeing the arched gateway from a distance and the river Hooghly through it. The sounds fades away and a sense of peace prevails as one walk past the gateway and stands in a open courtyard with a wooden ‘Rath’ or chariot of Lord Jagannath on one side and many a temples on all other.  Amongst the many temple, the tallest and biggest is that of Lord Shandeshwara and the places is locally called “Shandeshwar Tala” or ‘below the Shandeshwar‘ 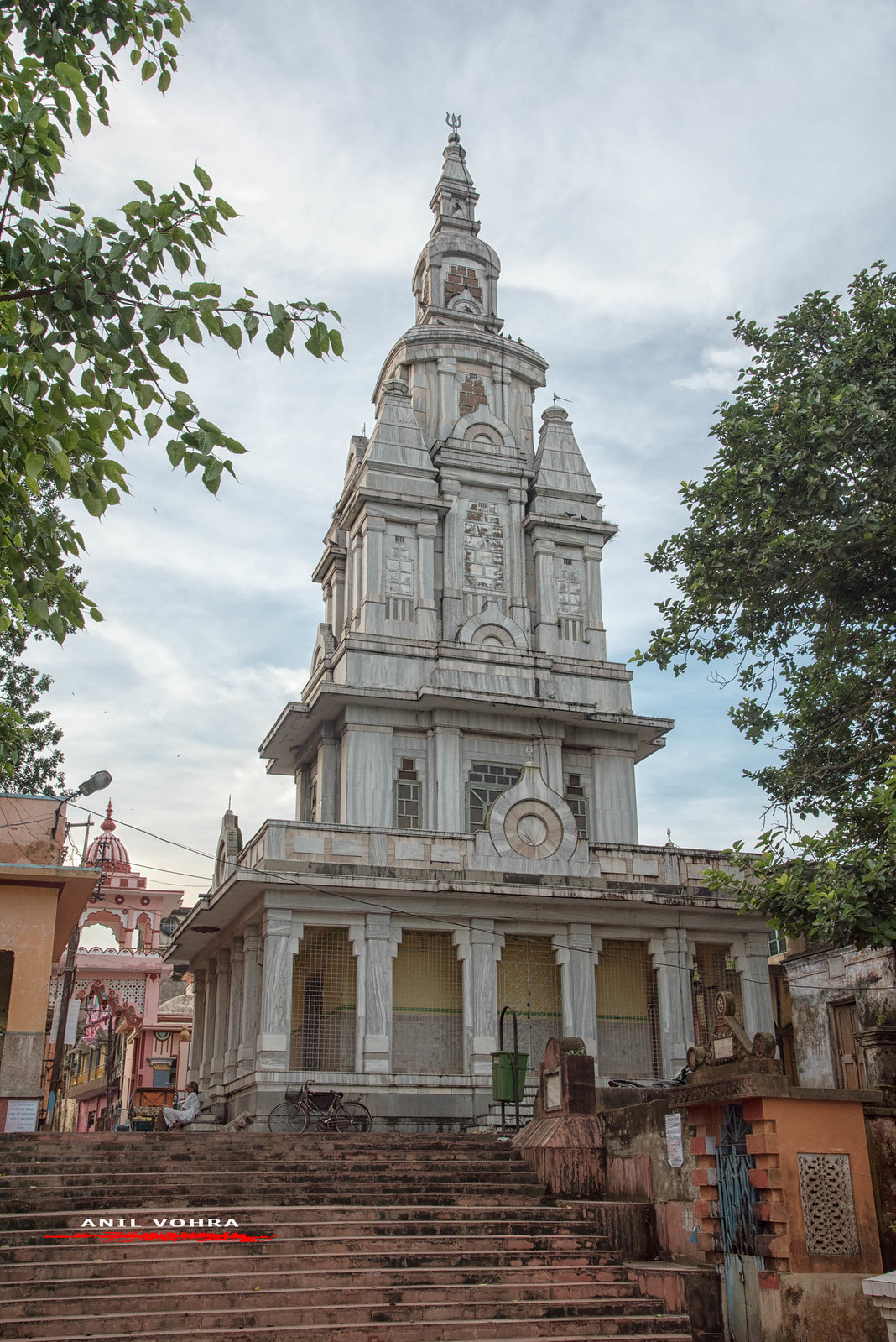 ‘Shandeshwar’ means the ‘Lord of the Bull‘. The legend has it that around 16th century when Mughal emperor Babar invaded India and ruled the country,  a few local fisherman,  found a diety of ‘Shandeshwara’ – one of the many forms of Lord Shiva, the destroyer in the trio of the supreme being in Hindu mythology. The fisherman set the diety  on the banks of  river Hooghly, a tributary of the holy river Ganga where it was found. A local landlord, Digambar Haldar placed the diety in the shrine to be built and his son while clearing the jungle to build the temple, killed a tiger in the process. what followed was another theory that the diety is ‘grihadevta’ or lineage god of royal family of Magadh, then Bihar. Seven priests are worshipped during the main festival as representatives of the Maghad family . The legend is similar to the origin of Bandel Church, where again the diety  statue of Mother Mary was recovered by fisherman from the same river Hooghly a couple of miles from this ghat. Read – Our Lady of Good Voyage at Bandel 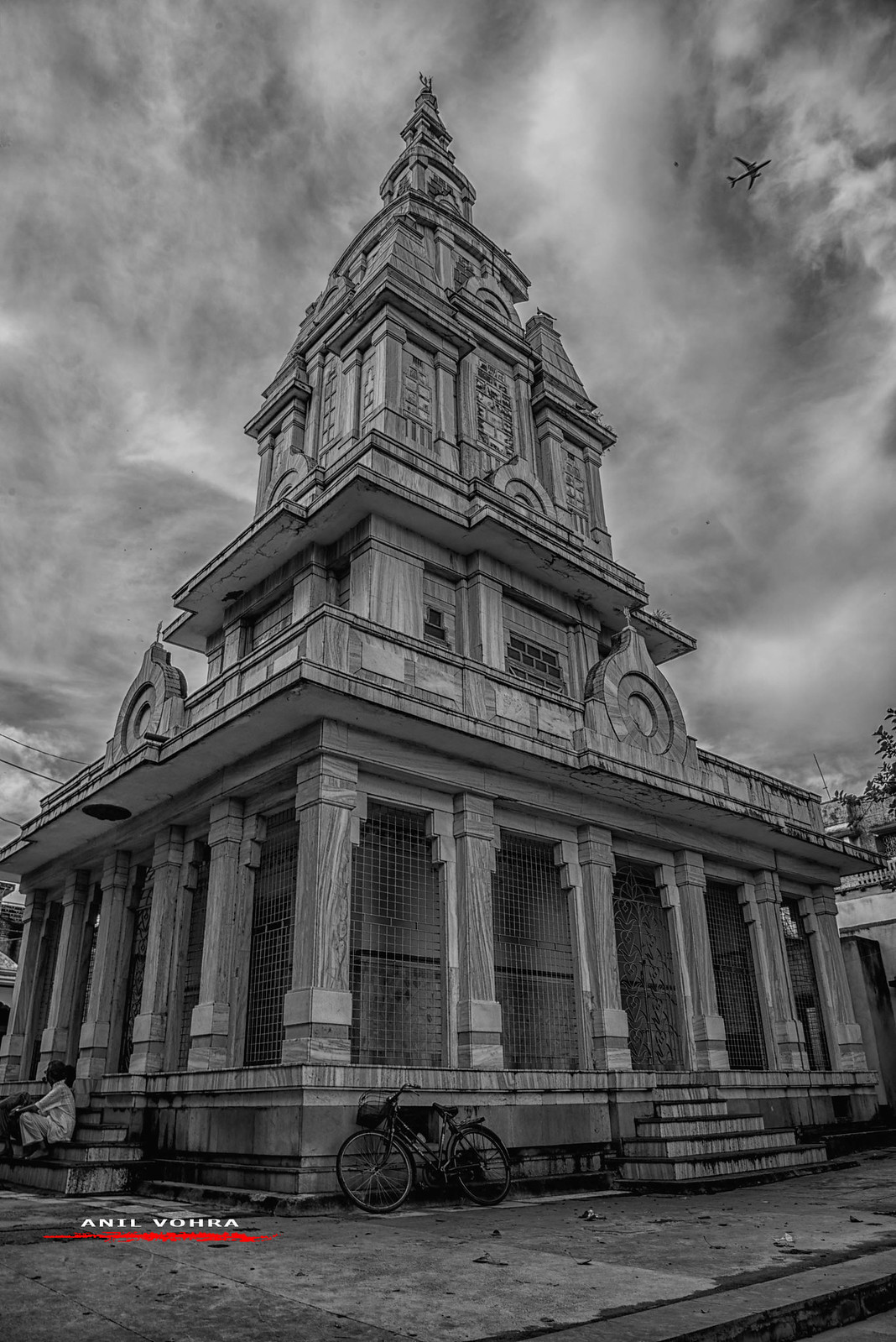 The temple complex stands on a ‘ghat‘ or riverside made popular by the same name and was constructed by Shyamram Shome, a official of the Dutch Trading company. The temple complex also houses many other temples within.  A Durga temple built in the mid nineteenth century also stands here. The temple as it stands today is built in white granite stone and has the diety  placed in the central sanctum and was built by one Sidheswar Roychodhury. 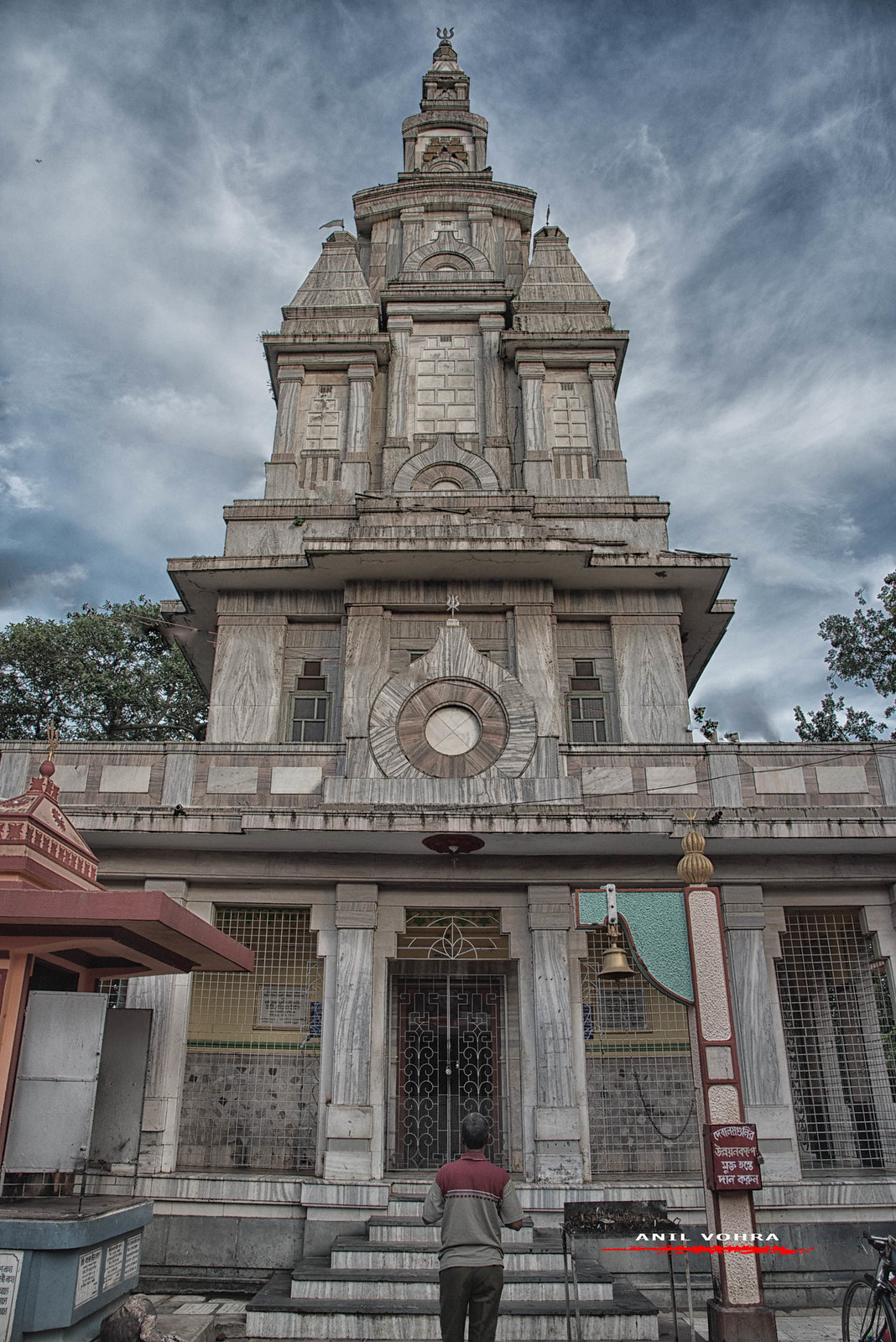 One of the key attractions here as two musical drums or ‘Dhaks‘ (leather skin mounted  on wooden barrel played as musical drums)  made out of brass. In 1803, J N Birch, the then commissioner of Chinsurah proclaimed and order forbidding the playing of dhaks during the festival of ‘Gajan‘. When Digambar’s son Ghanshyam Haldar refused to obey the order. Birch dared a ‘sadhu’ to jump on a sharp spiked arrow or ‘ban‘ and come our unscathed or he would get there diety thrown back in to the river. A miracle appeared when the spiked arrow broke into small pieces when the sadhu jumped onto it. The commissioner out of fright and disbelief offered a bronze ‘panch-mukha lingam‘ (five faced phallic representation of Lord Shiva) and a brass dhak. He also gave the order to play dhaks without any restrictions during the festivals in future. A second brass dhak was offered by  the last dutch governor Daniel Antonio Overbeek. 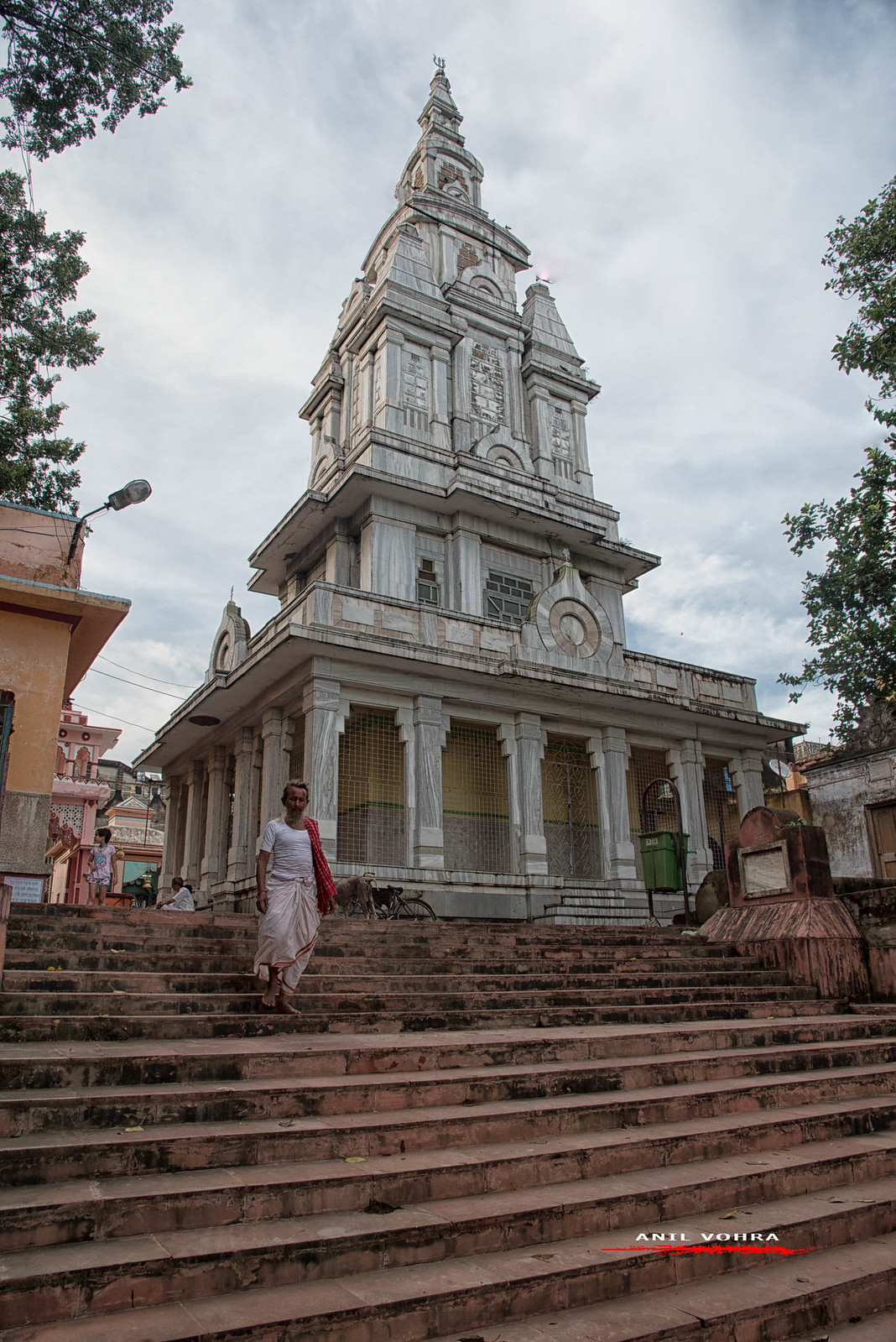 The ‘dhaks’ are outside the access of the visitors and are brought out to its rousing  sounds during special occasions especially the ‘Gajan’ – a 10-day long ritual festival and a fair is held to mark the end of the Bengali year in 2nd week of April. The festival also is symbolic enactment of the divine-royal dramaturgy. The diety and the brass ‘dhaks’ are taken in a procession on the last day of the going out year.

5 thoughts on “Lord of the Bull – Shandeshwara”