Mera naam Chin Chin Chu  made a star of Helen in the late 60’s murder-thriller Howrah Bridge that borrows its title from the famous icon of the city of Kolkata in West Bengal, India. Howrah Bridge dominates the city skyline and  runs as the lifeline connecting the two cities of Howrah and Kolkata. 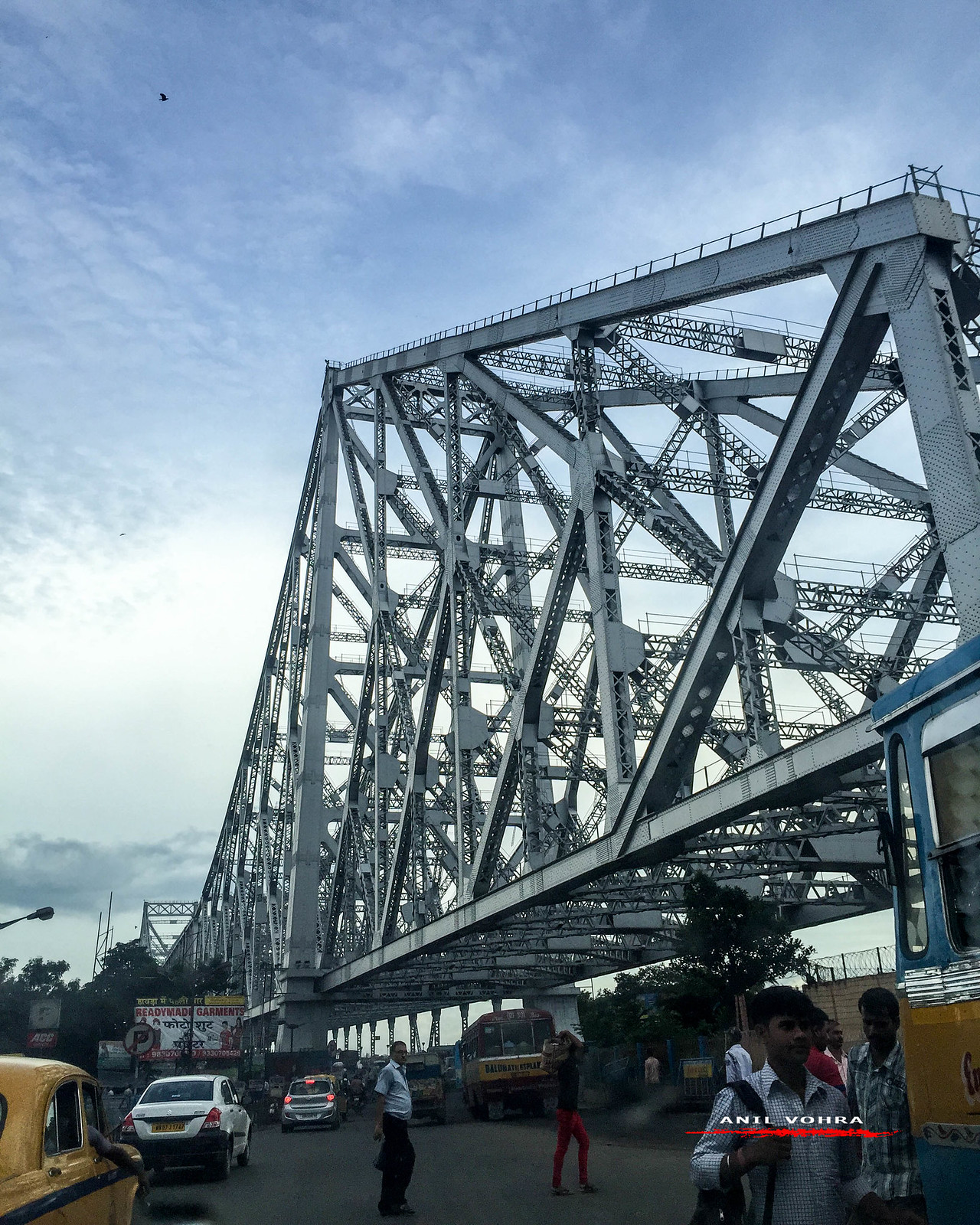 Built in 1943, the bridge stands on two towering pillars on each side in form of a cantilever bridge with a suspended span over the Hooghly River.  Not many know that Howrah Bridge was originally named the ‘New Howrah Bridge’, because it replaced a pontoon bridge at the same location linking Kolkata to Howrah . Later in 1965 it was renamed Rabindra Setu after the great Bengali poet and noble laureate Rabindranath Tagore, but every Indian still prefers to call it the Howrah Bridge. 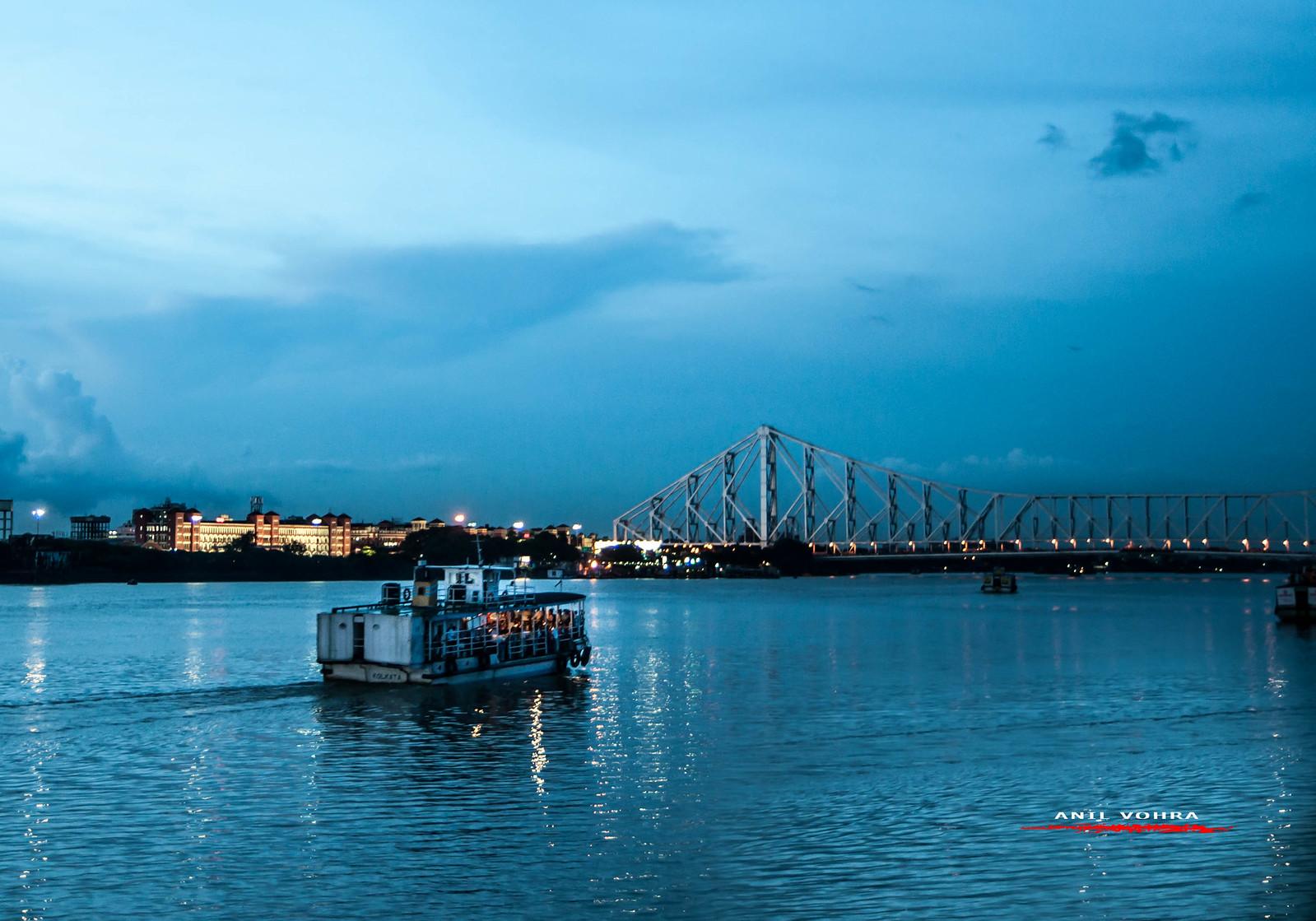 One of the common questions in my school days of quizzing was – “How many nuts and bolts are there in the Howrah Bridge ? “. Well the answer is ‘Zero’. The bridge does not have nuts and bolts, but was formed by riveting the whole structure of more than 25000 tons of steel. More than 90% of the high-tensile alloy steel, known as Tiscrom, were supplied by  Tata Steel – one of the largest steel manufacturers in India of the Tata Group. Did you know that ? 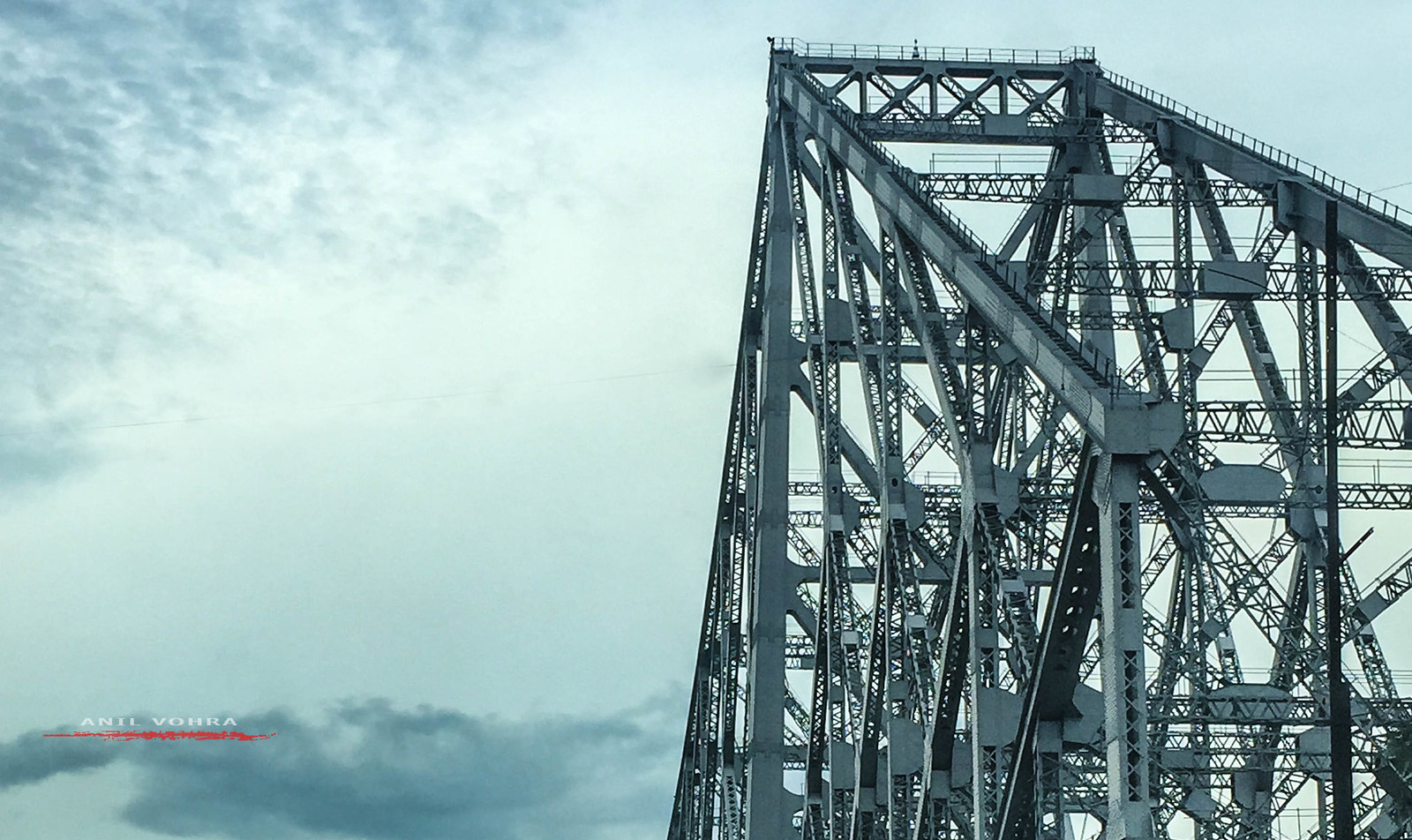 Said to be the busiest cantilever bridge in the world, this mesh of steel carries a daily traffic of approximately 100,000 vehicles and possibly more than 150,000 pedestrians, and is currently the sixth-longest bridge of its type in the world.

The bridge is also significant as it connects with Howrah Station, served as a point of departure for those travelling by rail and connect with the norther suburbs towns around the metropolitan city. Steamer boats still run under it to ferry people from one side of the Hooghly to other. 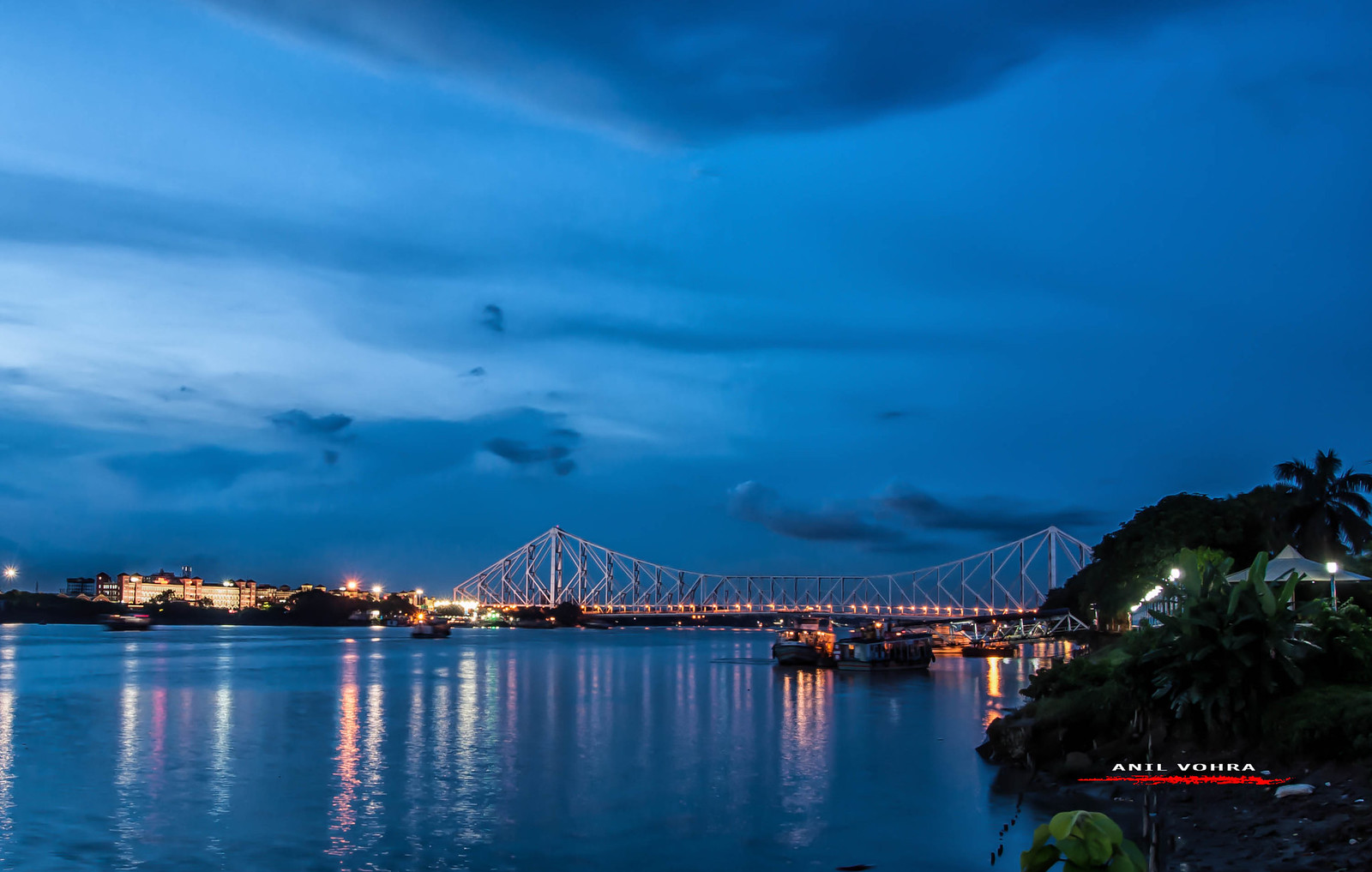 On one another song from the same movie, Madhubala croons “Aaiye meherbaan…”  – and no matter you are a Madhubala fan or not, but do keep her request and walk down the Howrah Bridge on your next visit to Kolkata. 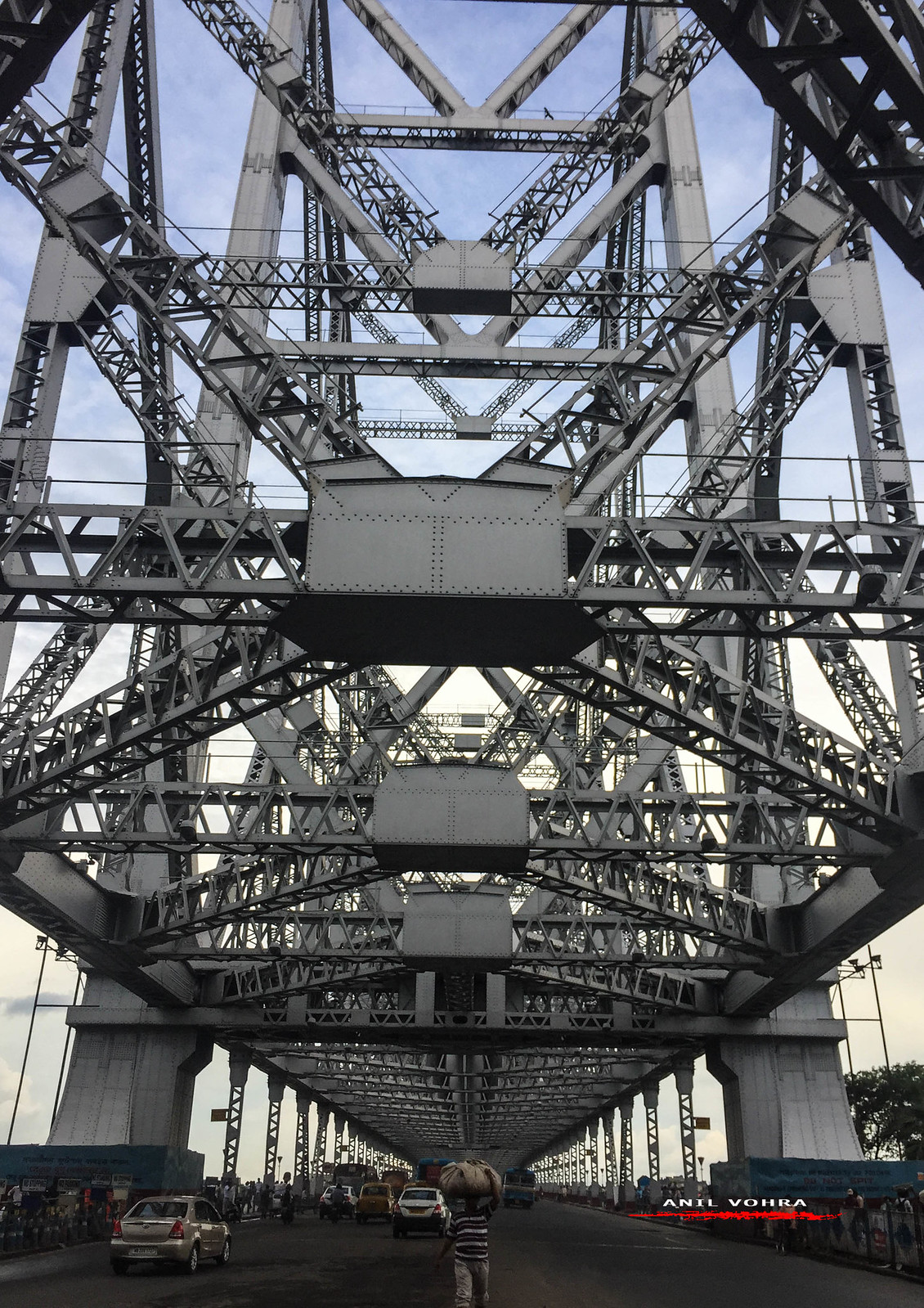