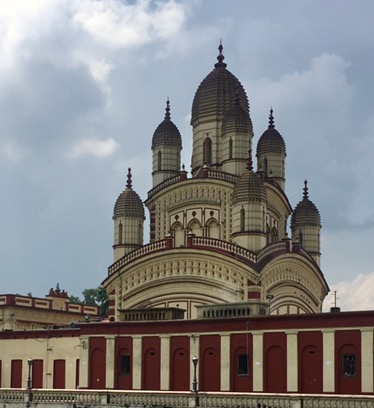 Jai Maa ! , Jai Maa Kali ! Jai Maa Bhavatarini !! ..are the words on every men and women who come to this place to seek blessings from Godess Kali, the manifestation of shakti or power; the  Divine Mother, Mother of the Universe, Adi Shakti. Kali comes from the Sanskrit root word Kal which means force of time. Despite Kali’s origins in battle and often seen the destroyer of evil, She is also referred in form of a  full-fledged symbol of Mother Nature in her creative, nurturing and devouring aspects. Referred to as Dakshinakali (Dakshina refers to the gift given to a priest before performing a ritual or to one’s guru), her this form is the most popular form of Kali in Bengal. Since Dakshina gifts are traditionally given with the right hand. Daksinakali’s two right hands are usually depicted in gestures of blessing and giving of boons. It is to her this form that the Dakshineswar Kali Temple located in Dakshineswar near Kolkata is dedicated to. 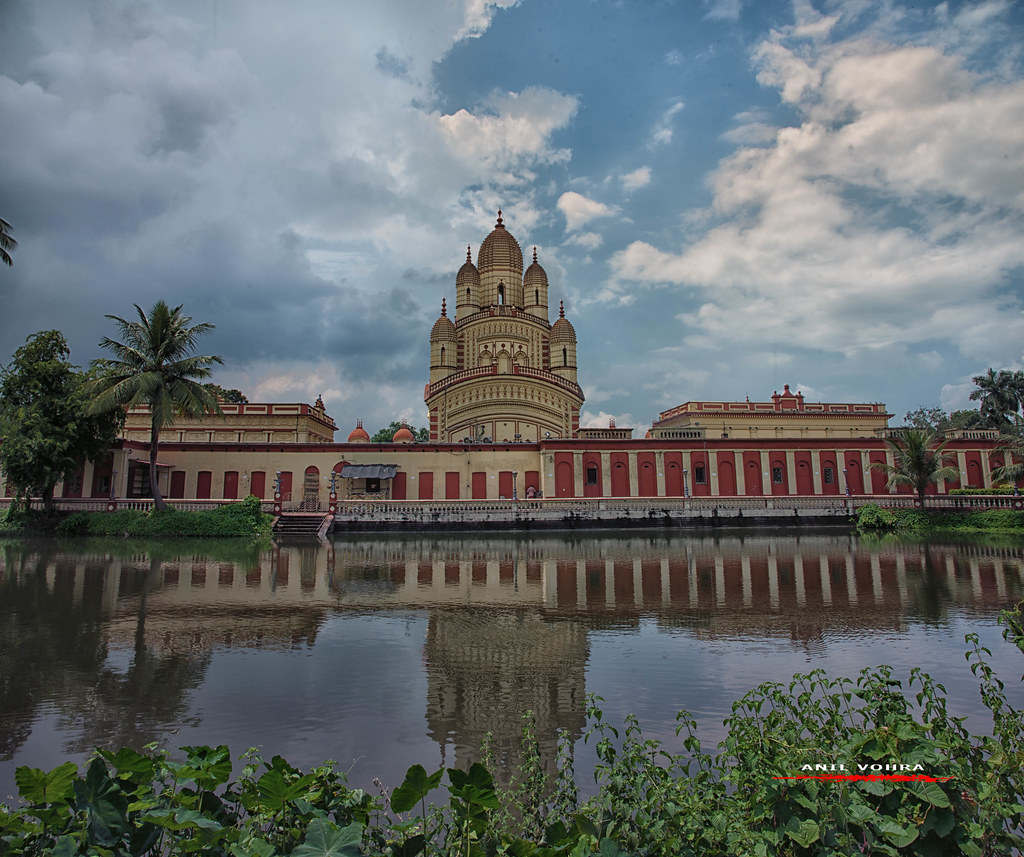 Situated on the eastern bank of the Hooghly River, the presiding deity of the temple is also called Bhavatarini, an aspect of Kali, meaning, ‘She who liberates Her devotees from the ocean of existence i.e. Saṃsāra‘. The temple was built by Rani Rashmoni, a philanthropist and a devotee of Kali in 1855. In the year 1847, Rashmoni, prepared to go upon a long pilgrimage to the sacred Hindu city of Kashi-Banaras to express her devotions to the Divine Mother. As the folklore goes, Rani was to travel in twenty four boats, carrying relatives, servants and supplies but the night before the pilgrimage began, Rashmoni had a vision of the Kali in her dreams.  The Divine Mother told here there was no need to go to Banaras and that she could install her statue in a beautiful temple on the banks of the Ganges river and arrange for her worship there and that she shall manifest herself in the image and accept worship at that place itself. Profoundly affected by the dream, Rani immediately looked for and purchased a 20-acred plot in the village of Dakshineswar. The large temple complex was built between 1847 and 1855. 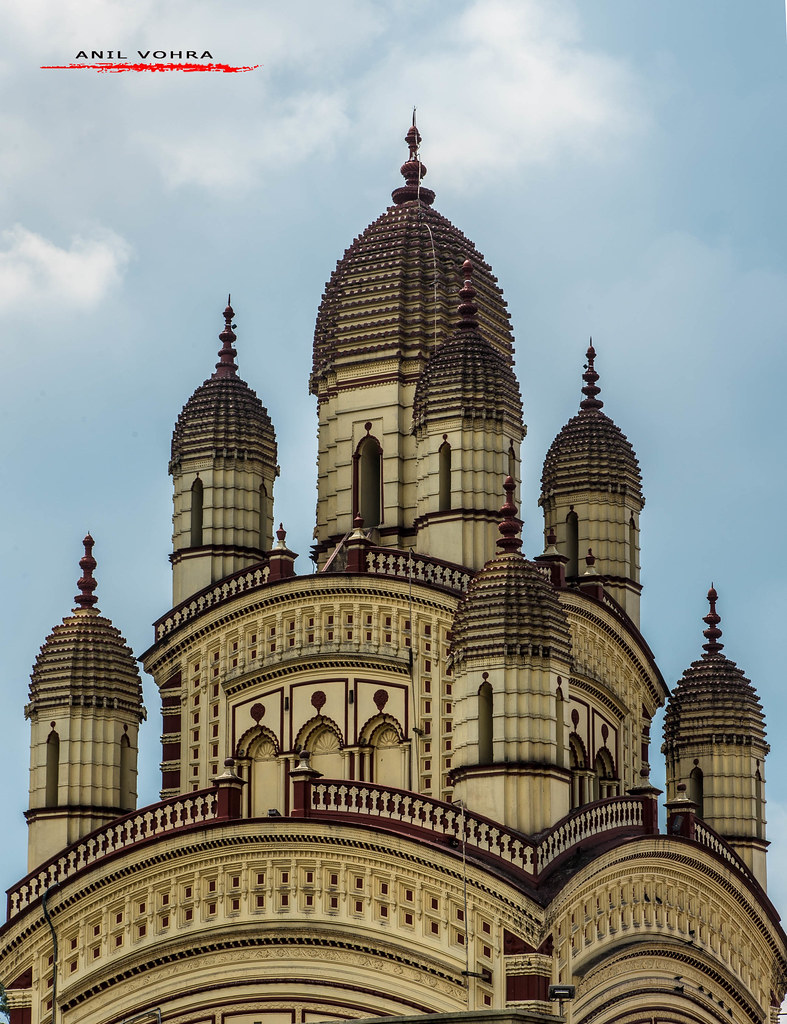 In the main temple sanctum is the idol of Bahvatarini, Dakshina kali referred to as  Sri Sri Jagadiswari Kalimata Thakurani  – She is the primordial energy-consciousness-bliss, she is the Mahamaya who creates the universe and liberates the jiva from the clutches of Maya.  The temple compound, apart from the nine-spired main temple, contains a large courtyard surrounding the temple, with rooms along the boundary walls. There are twelve shrines dedicated to Shiva, Kali’s companion, along the riverfront, a temple to Radha-Krishna, a bathing ghat on the river, a shrine dedicated to Rani Rashmoni. ‘Nahavat-Khana’, the chamber in the northwestern corner just beyond the last of the Shiva temples, is where Ramakrishna spent a considerable part of his life. 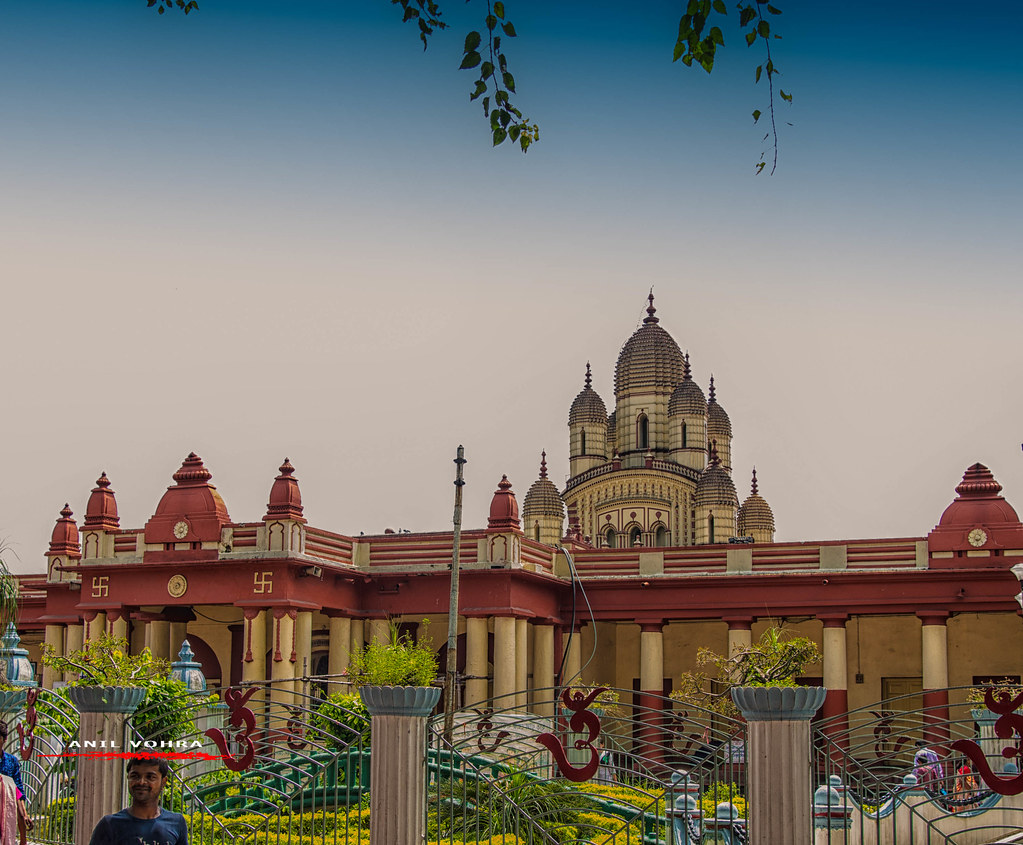 The temple is famous for its association with Ramakrishna, a mystic of 19th Century Bengal who was responsible for managing the temple after Rani Rashmoni passed away. He began to look upon the image of the goddess Kali as his mother and the mother of the universe. Ramakrishna reportedly had a vision of the goddess Kali at this temple, as the universal Mother, which he described as “… houses, doors, temples and everything else vanished altogether; as if there was nothing anywhere! And what I saw was an infinite shoreless sea of light; a sea that was consciousness. However far and in whatever direction I looked, I saw shining waves, one after another, coming towards me.” 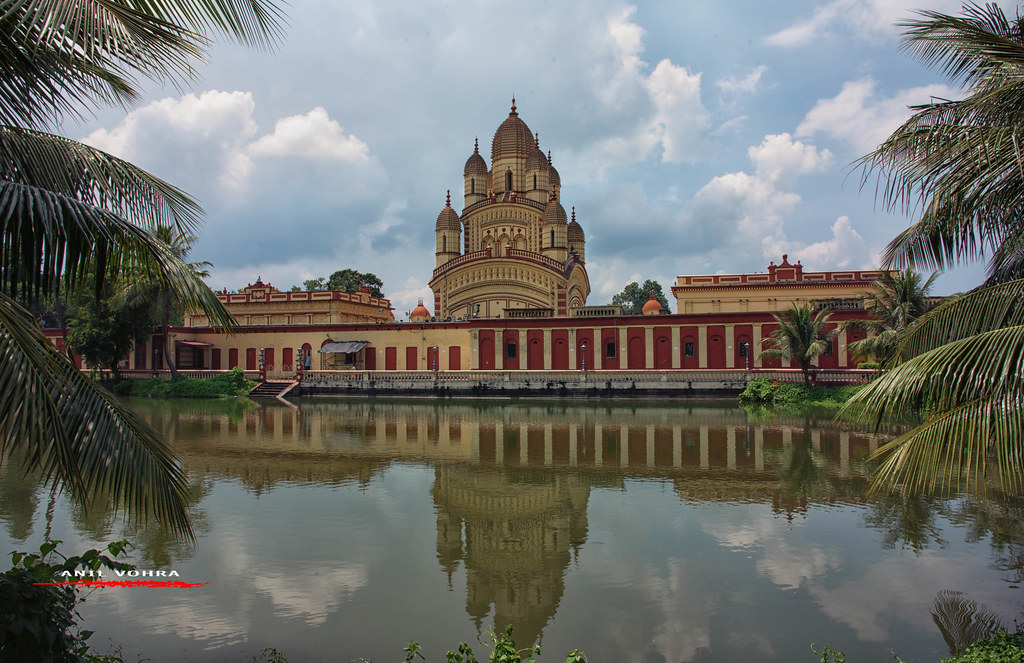 One thought on “O’ Maa Bhavatarini of Dakshineshwar”