Singapore was a stopover city as I flew in and out of the Change Airport but seldom got a chance to get out to one of the best cities in Asia, if not the world. Its is a kaleidoscope of diverse cultures, heritage and surprises every one who comes to this magic land. Be it the happening nightlife or the astounding natural beauty, Singapore mesmerises everyone with its kaleidoscopic culture, heritage, art and engineering – it has something for every kind of traveller including someone like me who travels on business and get to explore the city beyond work hours. The good part of it – I get to see the city a little different than a usual tourist would and therefore a little element of enigma and surprise

A little bit of read up on the history of Singapore will help understand the place and its cultural origins better. Singapore’s modern history began, when Stamford Raffles and representatives of the British East India Company landed along the banks of the Singapore River to set up a free port in Southeast Asia. As the old harbour grew along the mouth of the river bank, the city naturally expanded around it, creating what is now the Central Area. 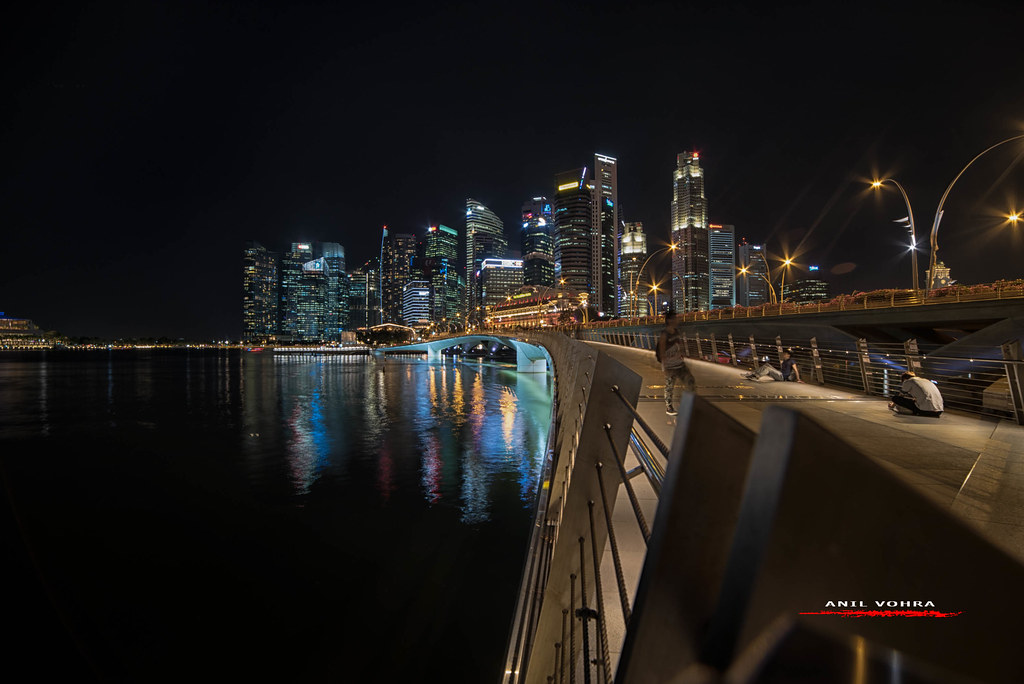 Marina Bay was developed in 1969, through land reclamation for the prime waterfront site as an extension to the adjacent Central Business District. My first tip – find a accommodation near the Marina Bay and if you can, spend a night at the Marina Bay Sands.

Esplanade – Theatres on the Bay, also known as the Esplanade Theatre or simply The Esplanade, is a performing arts centre located in Marina Bay. Named after the nearby Esplanade Park, it consists of a concert hall and a theatre for the performing arts. In the relatively short time that The Esplanade has been open it has played host to a wealth of big name acts and performances, including the Queen musical We Will Rock You.

The design of Espalande consists of two rounded space frames fitted with triangulated glass elements and sunshades, which balance outward views with solar shading. The unique architectural design has been said to have an appearance similar to either a durian (a tropical fruit) or the eyes of a fly. Hence, the building is colloquially known to locals as “the big durians”.

Walking toward the MBS from the Esplanades, one can cross over the Helix Bridge, officially The Helix. The bridge has four viewing platforms sited at strategic locations which provide stunning views of the Singapore skyline and events taking place within Marina Bay. At night, the bridge is illuminated by a series of lights that highlight the double-helix structure, thereby creating a special visual experience for the visitors. Helix is  inspired by the form of the curved DNA structure. Pairs of coloured letters c and g, as well as a and t on the bridge which are lit up at night in red and green represent cytosine, guanine, adenine and thymine, the four bases of DNA.

Singapore’s Marina skyline is lined up with the tallest skyscrapers in Singapore. Following left to right you can see the the Marina Bay Financial Centre (MBFC), The Sail, one of Singapore’s tallest condominium/apartment and then the the Republic Plaza, One Raffles Place, Fullerton Hotel amongst others 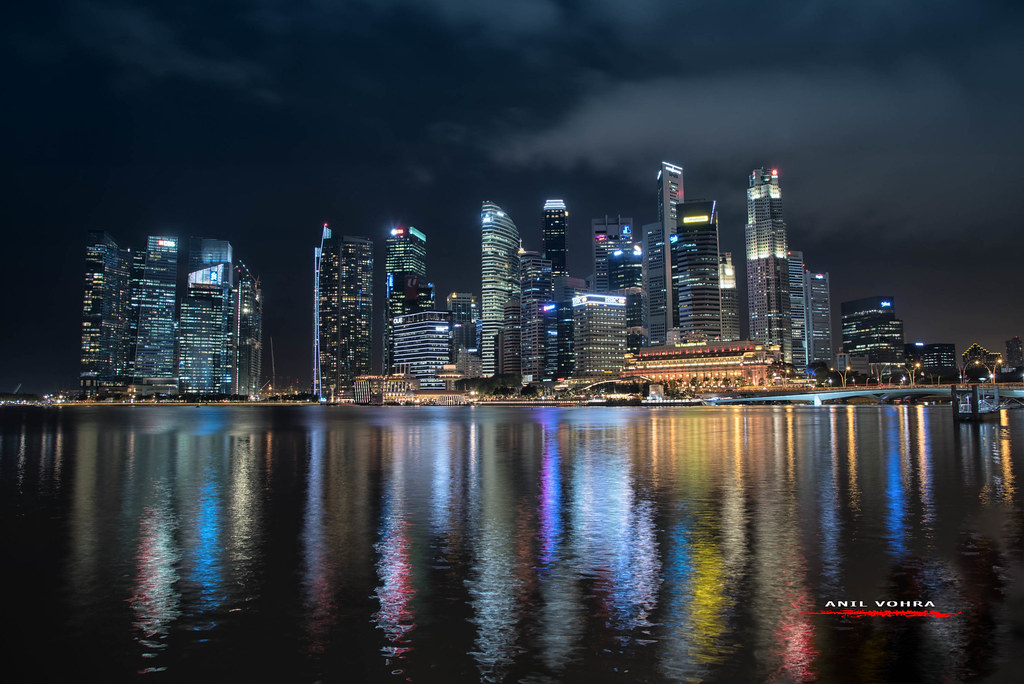 You can also catch a glimpse of the the Merlion, a mythical creature with a lion’s head and the body of a fish, widely used as a mascot and national personification of Singapore  Unfortunately, Merlion was under renovation and was disappointed to have missed the heart of Singapore bay.