Situated on the western bank of the Hooghly Bhagirathi river, Ambika Kalna or simply Kalna is a picturesque town that  can be easily called the City of Temples – it has temples by the river, temples in the heart of quaint neighbourhoods, there are temples everywhere. The town located in the Bardhamman district of West Bengal, get its name after a very popular deity,  Maa Ambika,  an incarnation of Goddess Kali,.

Amongst the many temples, the most famous is the Nava Kailasha temple, also popularly know as the 108 Shiva temple. An architectural marvel – it has a total of 108 small temples dedicated to Lord Shiva,  laid out in two concentric circles resembling the 108 beads in a rosary – mala ke 108 manke in hindi 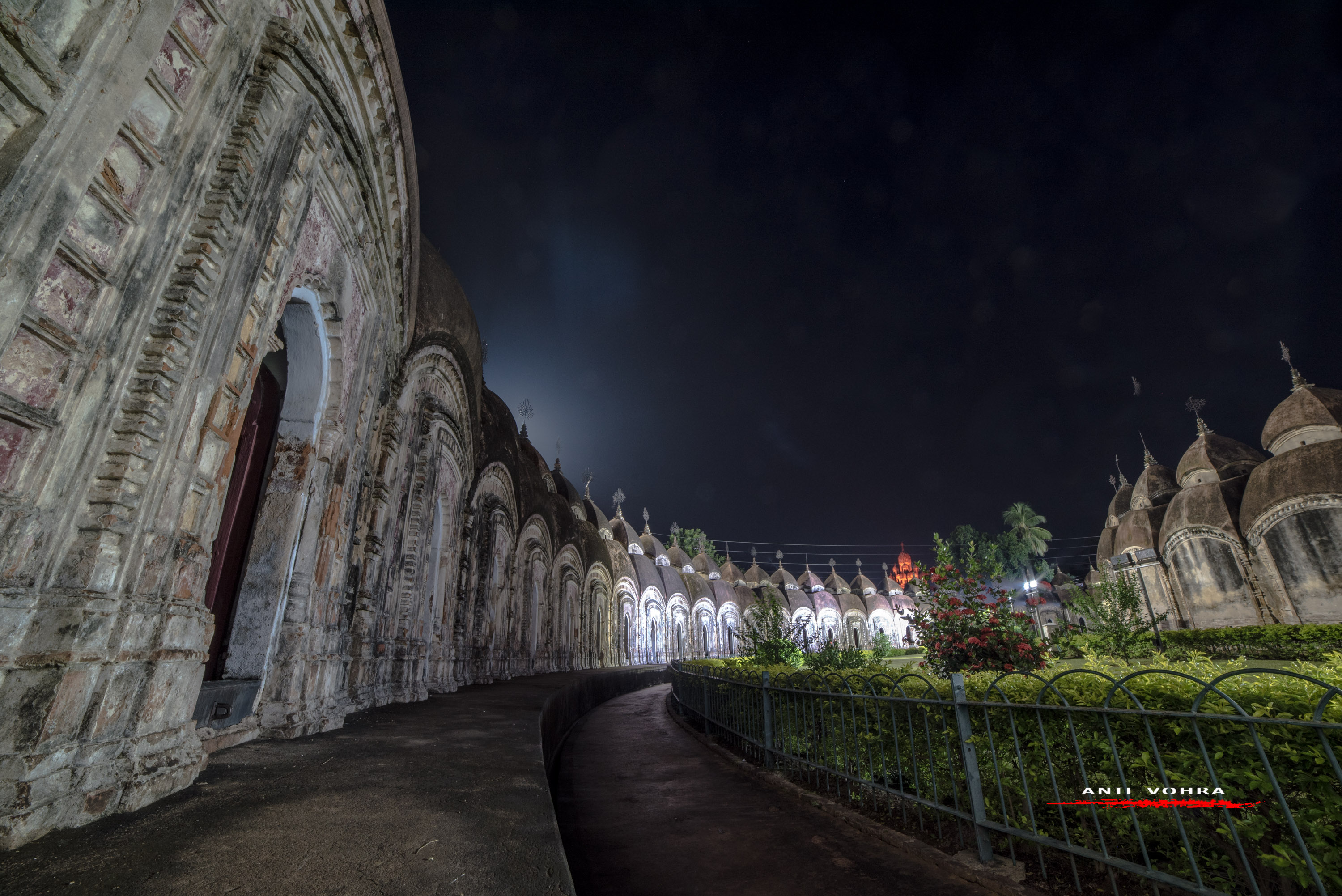 The outer circle has 74 temples and the inner one has 34 temples, decided mythologically with auspicious considerations with each of these 108 temples housing a a Shiva linga in black and white marble. why 108, we will explore in sometime here it self. 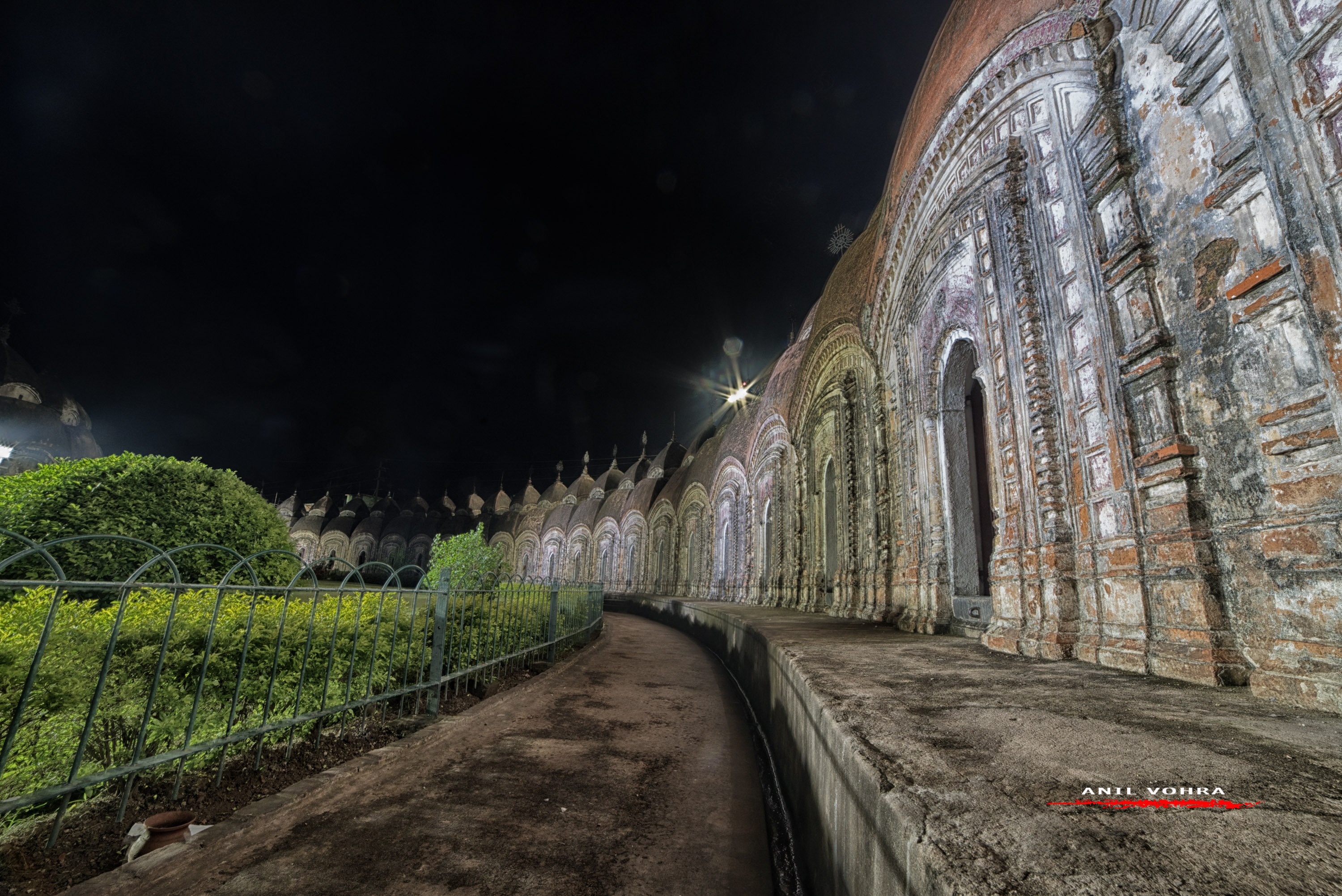 Interestingly,  the lingas in the inner circle are all white – a colour symbolizing good deeds. 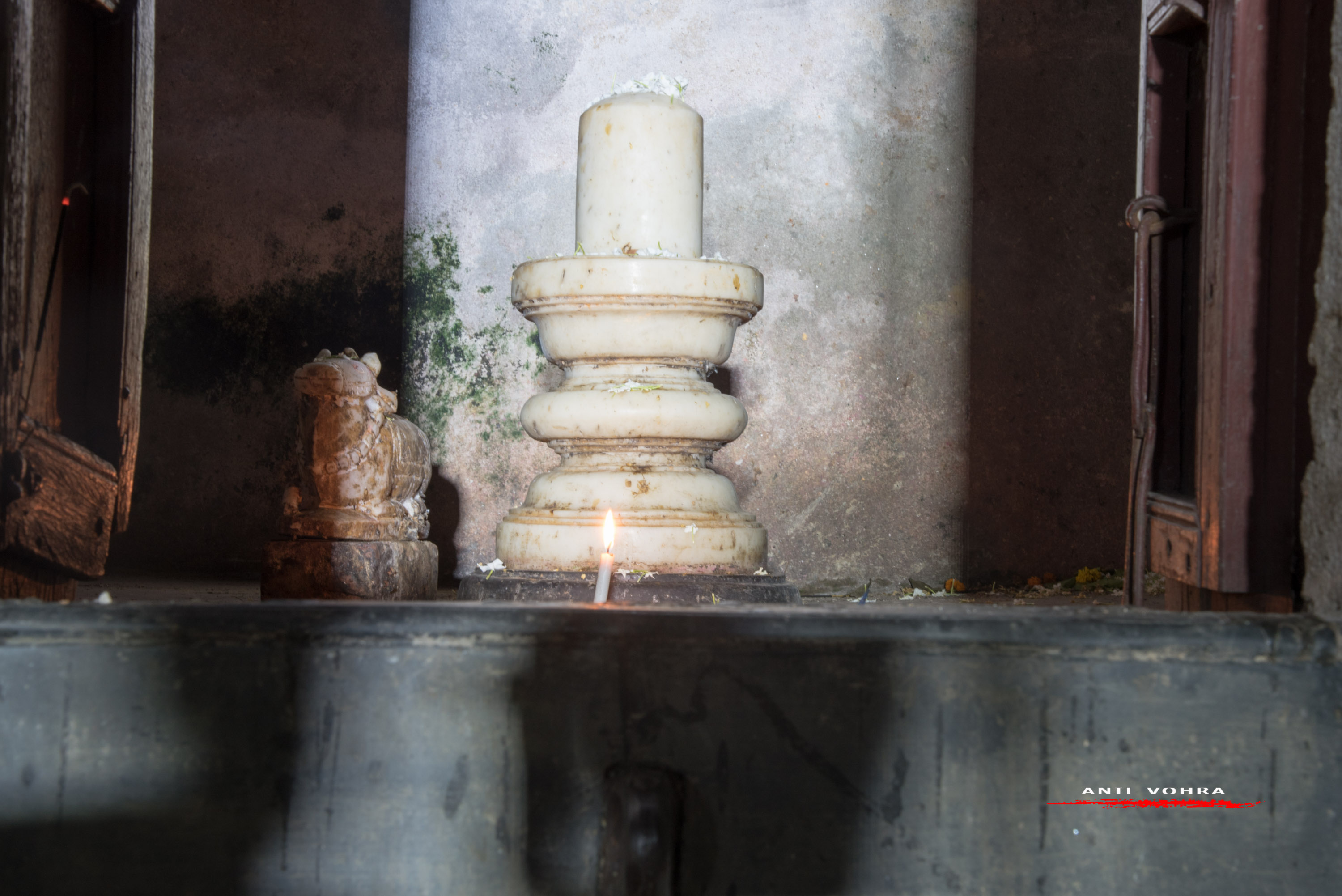 The ones on the  outer circle are divided equally in White and Black shiva lingas – Black symbolizing sins and our dark thoughts. 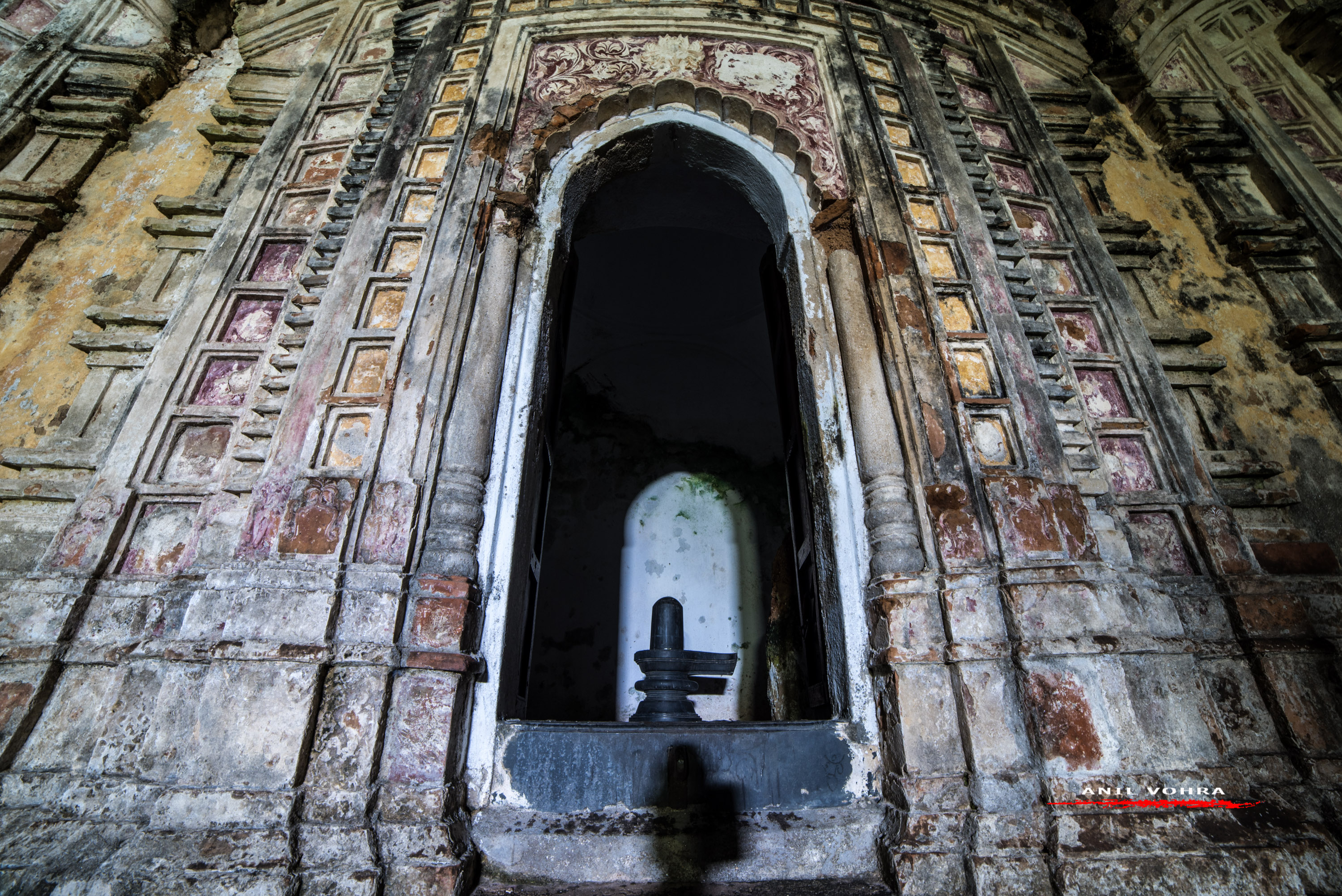 The outer circle portrays the world we live in which has both – the good and the bad, while the inner circle symbolizes the world with pure thoughts, attained by mediation and devoted offering of prayers to the God of Gods – Lord Shiva. 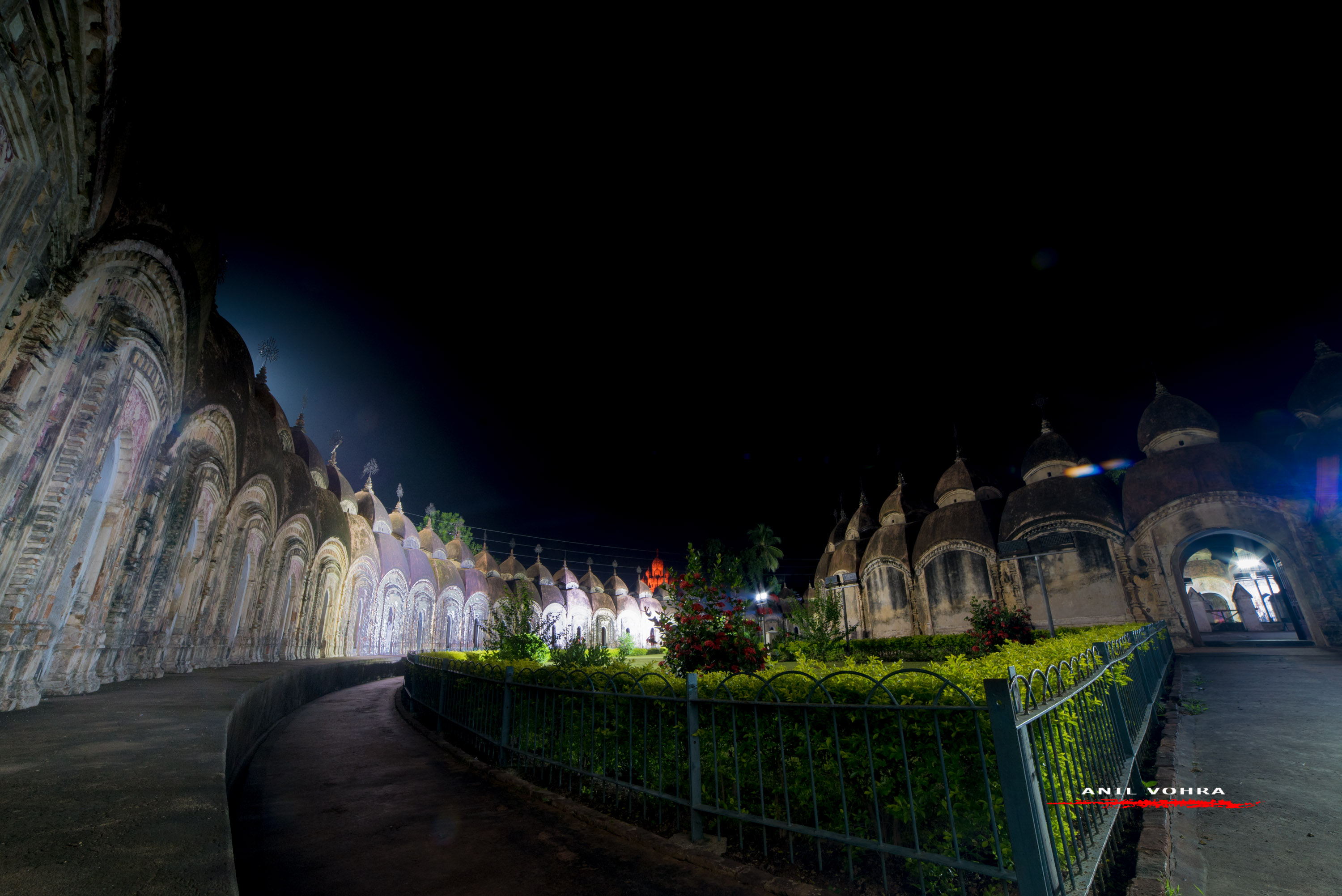 Ambika Kalna flourished as a prosperous port town. It reached it’s pinnacle of glory during the late 18th century under the patronage of the  Maharaja Tej Chandra Bahadur. In 1809, Maharaja Tej Chandra along with his mother Bishnu kumari completed the temple. He belonged to the Sangam Rai dynasty who were originally Punjabi Khatri Kapoor’s and had settled down in the area engaging in trade and business. The Rai family was the governing family appointed by Mughal Emperor Aurangzeb.

Against the backdrop of many a political  scene and happening, the town of Ambika Kalna saw a lot temple building activity and construction of temple monuments in the Rajbari complex opposite to the temple complex. The temples are a  highlight with intricate  work in terracotta reflecting the refined art technique of the time. 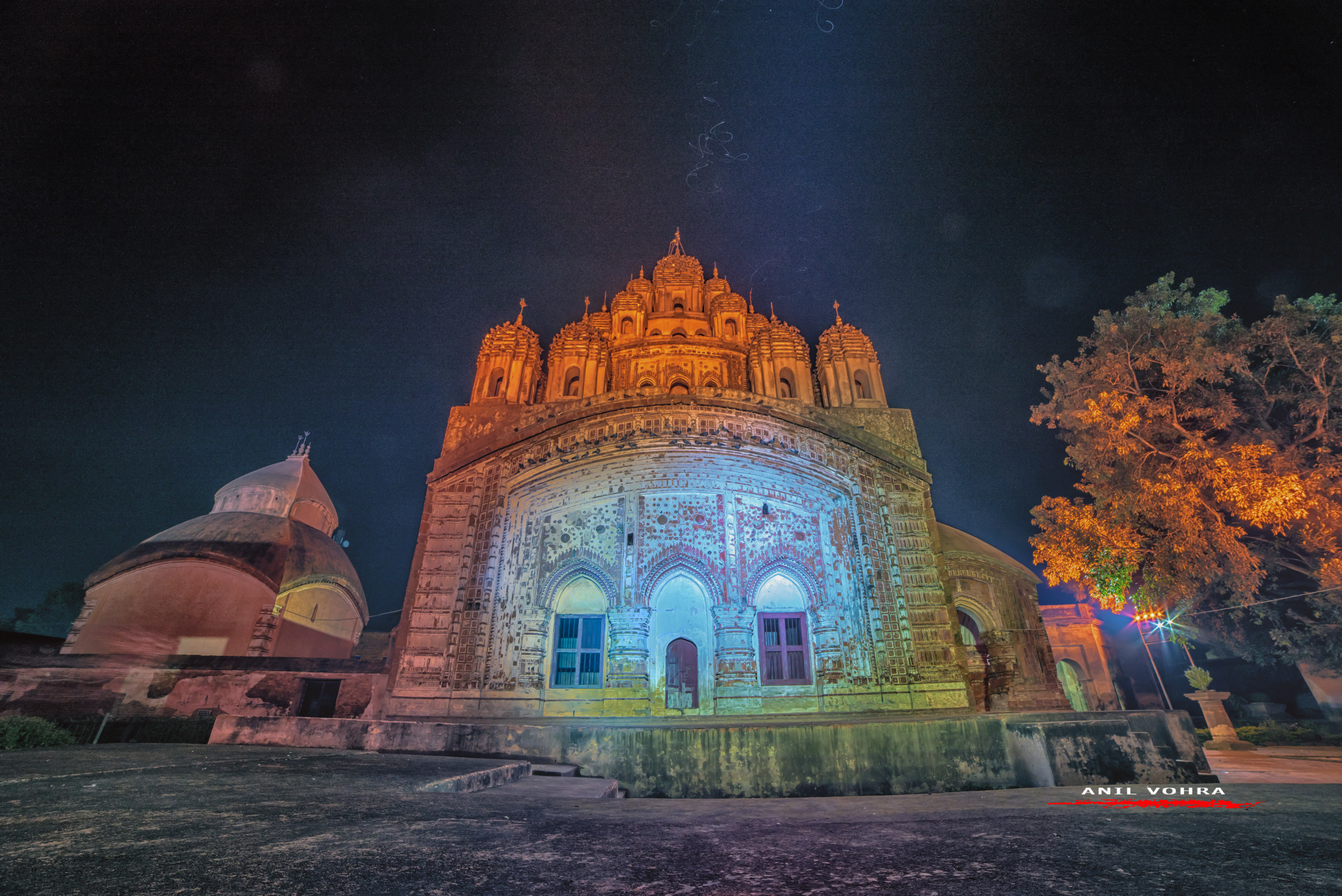 Now coming back to Why 108 temples –  why 108  ? What is the significance of the number and why is it considered sacred and divine in Hinduism ?

1 is Oneness with the universe; 0 is nothingness and 8 turned on its side is infinitum or all encompassing. read on..

In astronomy, as calculatd by our ancient sages,  the sun diameter is 108 times the earth diameter.  The distance of Earth from the Sun is about 108 times the diameter of the Sun (actually closer to 107.51). Actual ratio is said to vary between 105.7 (Perihelion) and 109.3 (Aphelion).

Even in astrology, the 12  houses and 9 planets multiplied formed 108. The the 27 lunar constellations or Nakshatras and each having its four cardinal directions or spread out over the 4 elements (Earth, Air, Fire and Water). 27×4=108 which encompasses the entire universe. There are 12 constellations, and 9 arc segments called namshas or chandrakalas. 9 times 12 equals 108. Chandra is moon, and kalas are the divisions within a whole.

As per Mathematics and Pythagorean, the nine is the limit of all numbers, all others existing and coming from the same. ie: 0 to 9 is all one needs to make up an infinite amount of numbers.

In Chemistry,  originally it was believed that the universe is made of 108 elements. However, the current periodic table contains a few more.

Our human body has 108 energy intersections or marmas in the human body. Since the universe is contained in our body, thus 108 in prayer is a recognition of the same.

The Mukhya Shivaganas (attendants of Shiva) are 108 in number Similarly, in Gaudiya Vaishnavism, Lord Krishna in Vrindavan had 108 followers known as gopis.

The Hindu mythology of sagar manthan – serpent king SheshNag was pulled back and forth by 108 gods and asuras (demons), to churn the ocean of milk in order to produce the elixir of immortality.

and there are 108 Upanishads…

In Japan, at the end of the year, a bell is chimed 108 times in Buddhist temples to finish the old year and welcome the new one. Each ring represents one of 108 earthly temptations (Bonnō) a person must overcome to achieve nirvana.

…and many more explanations to it. 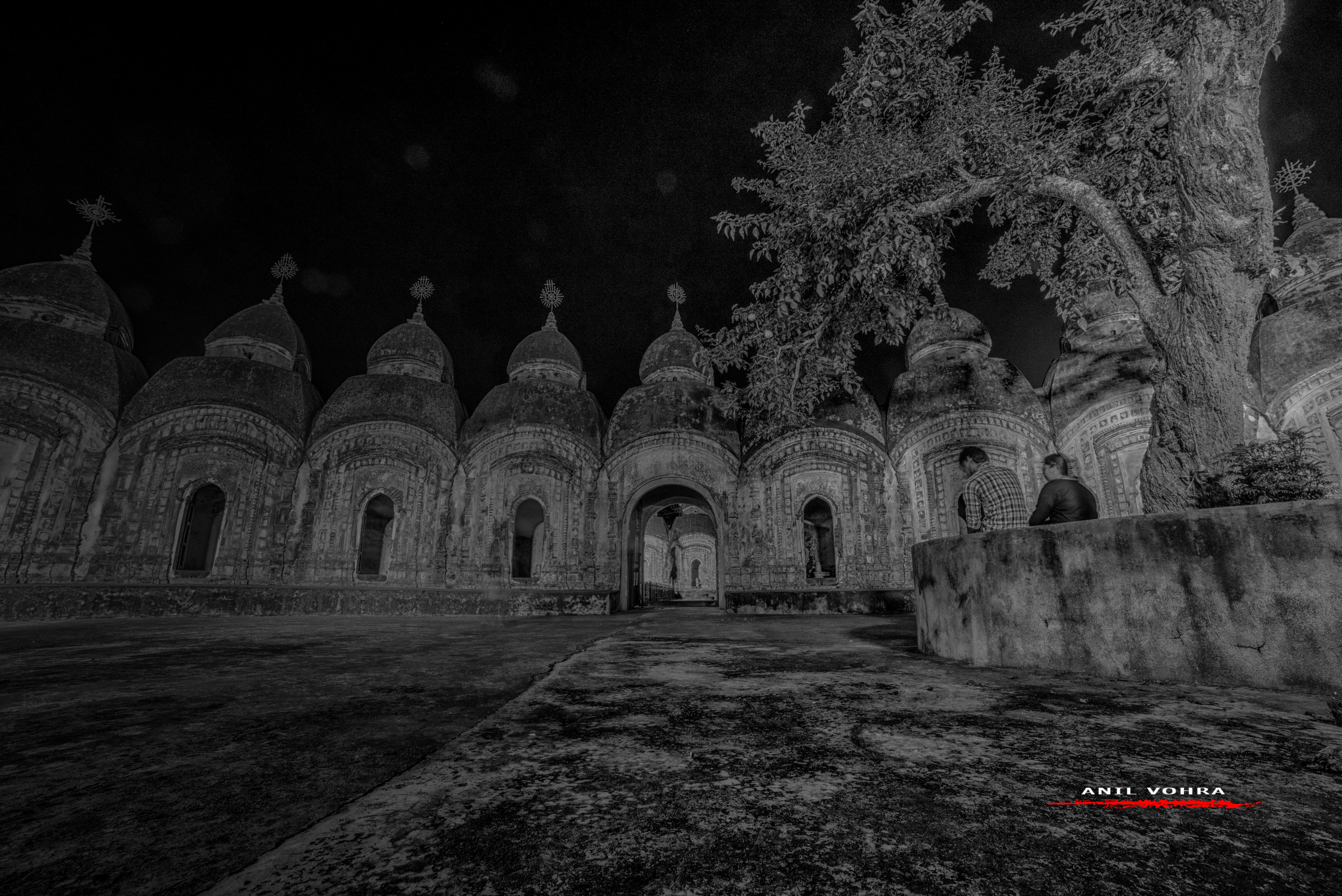 But for now, start your soul search journey from the Nava Kailash Temple. Om !