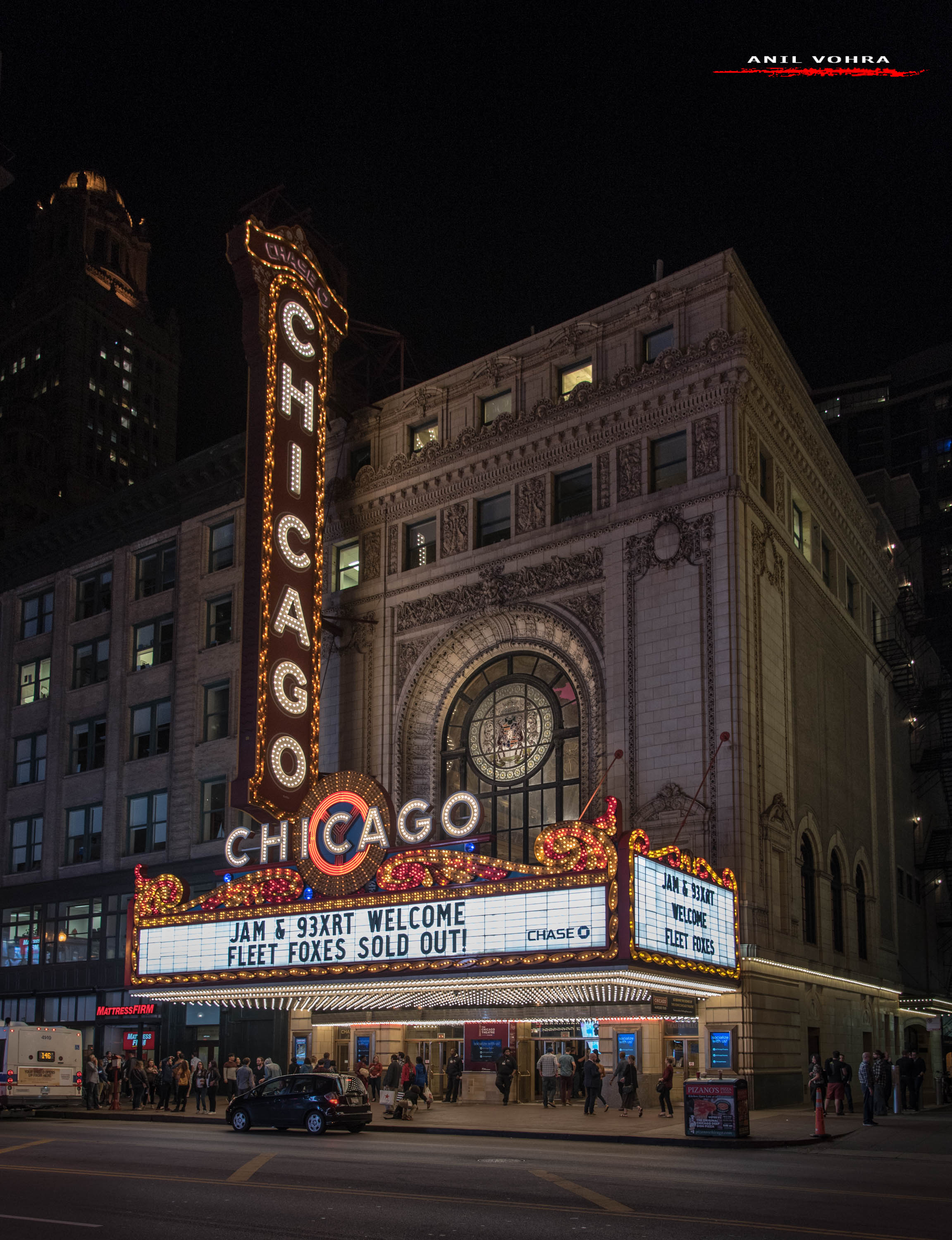 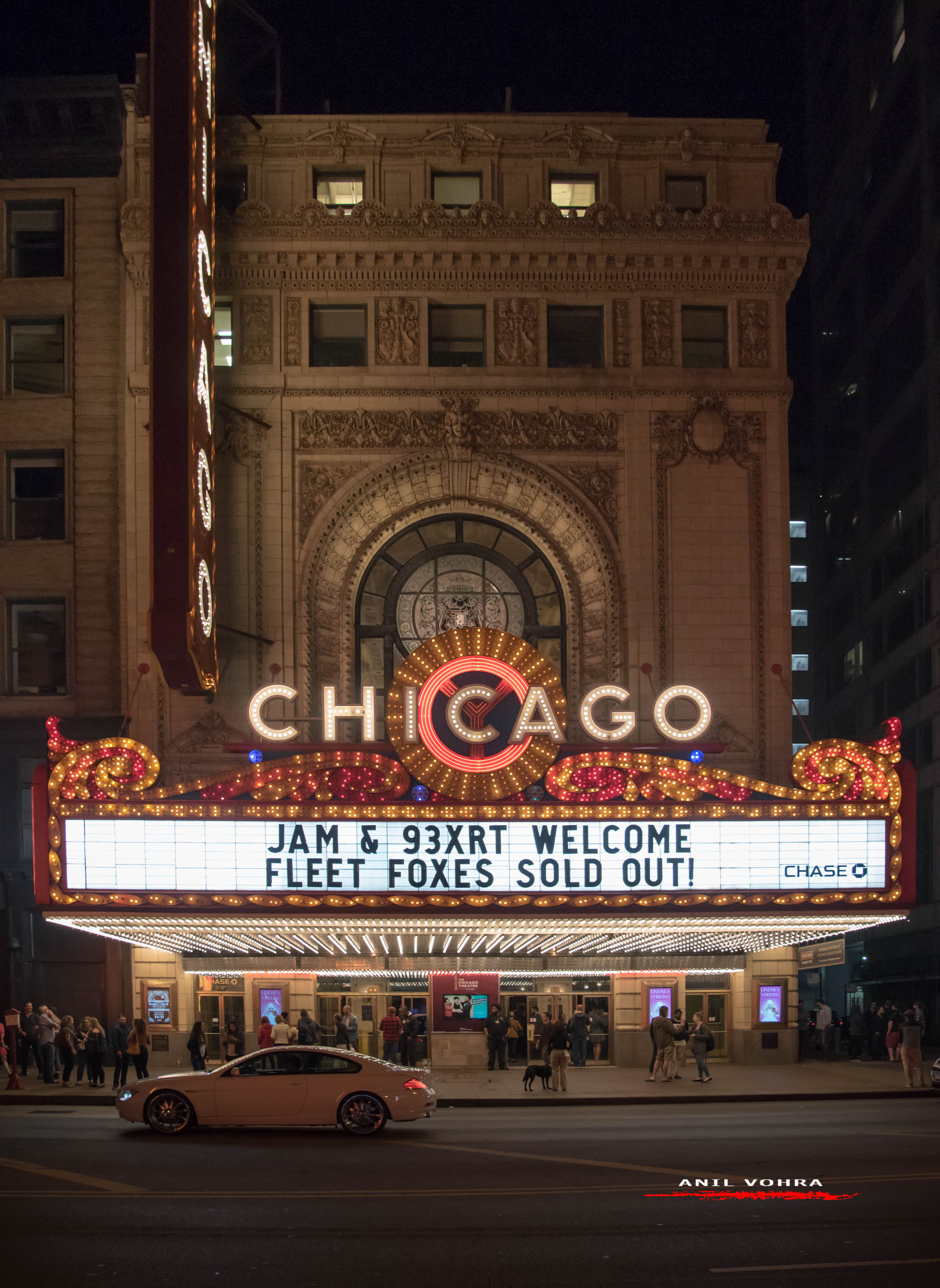 The distinctive Chicago Theatre marquee, “an unofficial emblem of the city” – appears frequently in film, television, artwork, and photography. The Y-shaped figure behind the horizontal word Chicago on the State Street marquee is the city’s “municipal device“, a badge which symbolizes the forked Chicago River at Wolf Point. 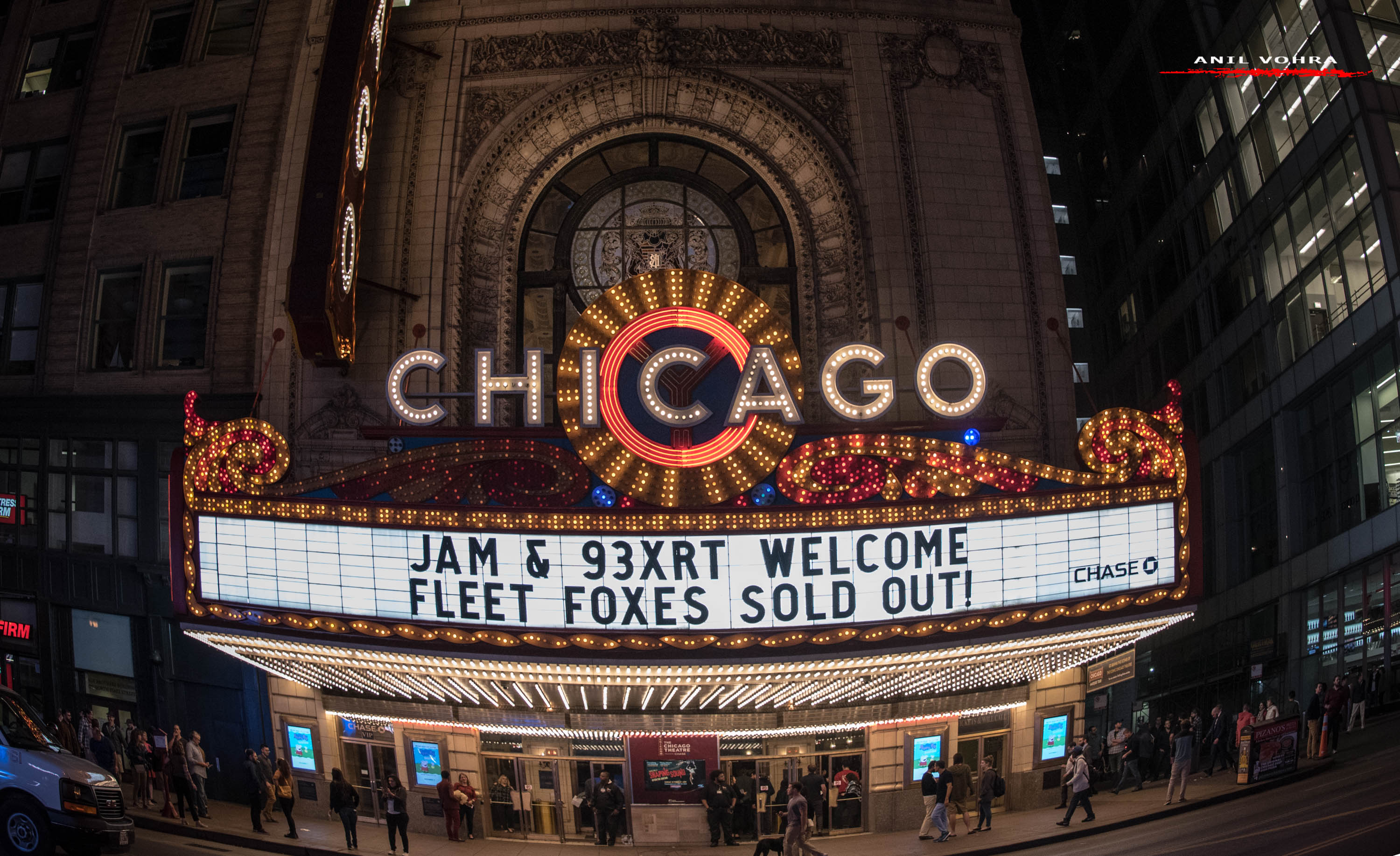 The structure is seven stories tall and fills nearly one half of a city block. The 60-foot (18 m) wide by six-story tall triumphal arch motif of the State Street façade has been journalistically compared to the l’Arc de Triomphe in Paris. The coat of arms of the Balaban and Katz chain—two horses holding ribbons of 35 mm film in their mouths outlined by a border of film reels—is set inside a circular Tiffany stained glass window inside the arch. 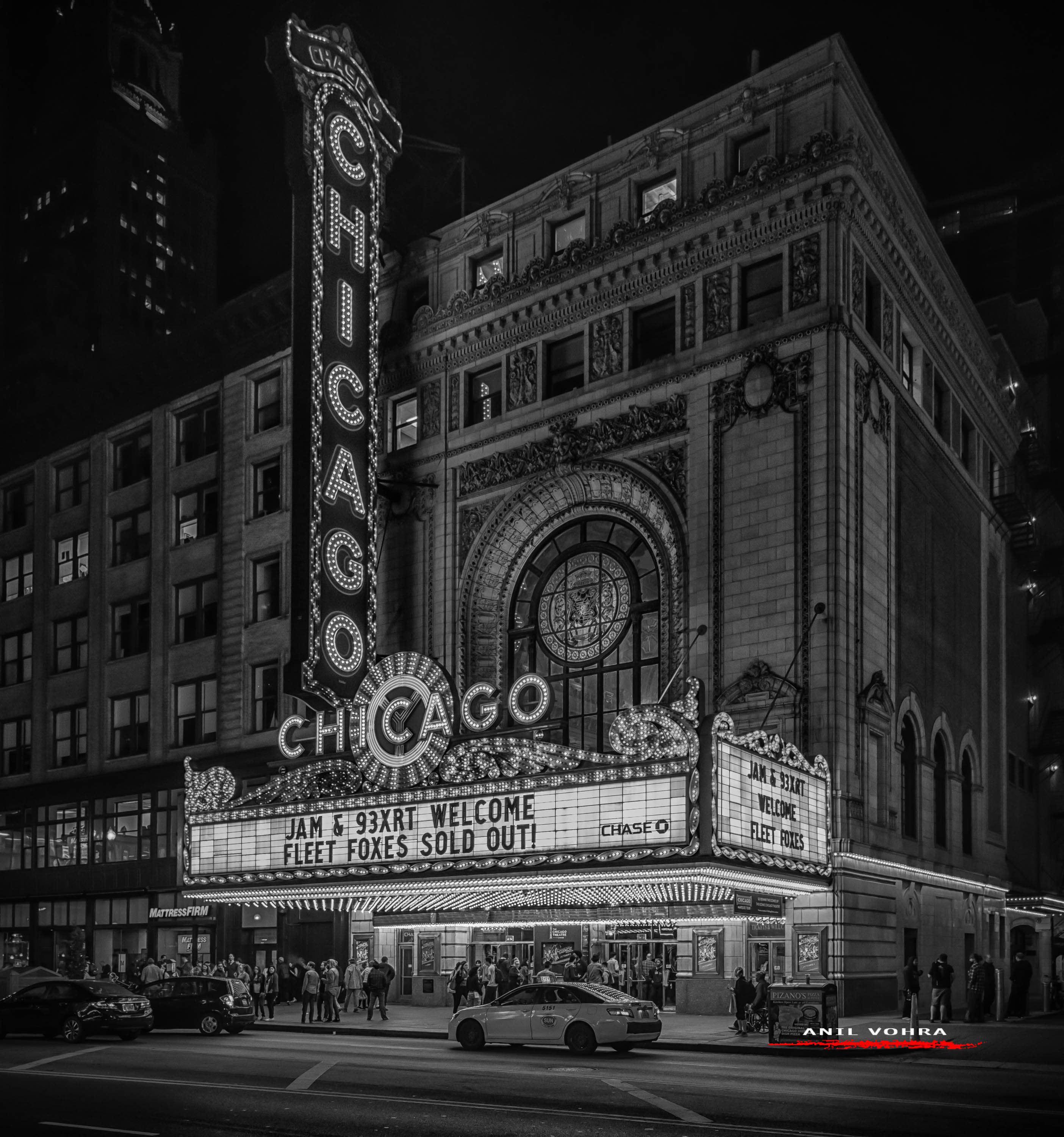 When it opened October 26, 1921, the 3,880 seat theater was promoted as the “Wonder Theatre of the World” The building has been associated with popular culture occasions. For example, Ronald Reagan announced his engagement to Jane Wyman at the theater. The building was added to the National Register of Historic Places in 1979, and was listed as a Chicago Landmark in 1983.