Which is the most photographed bridge in the world? 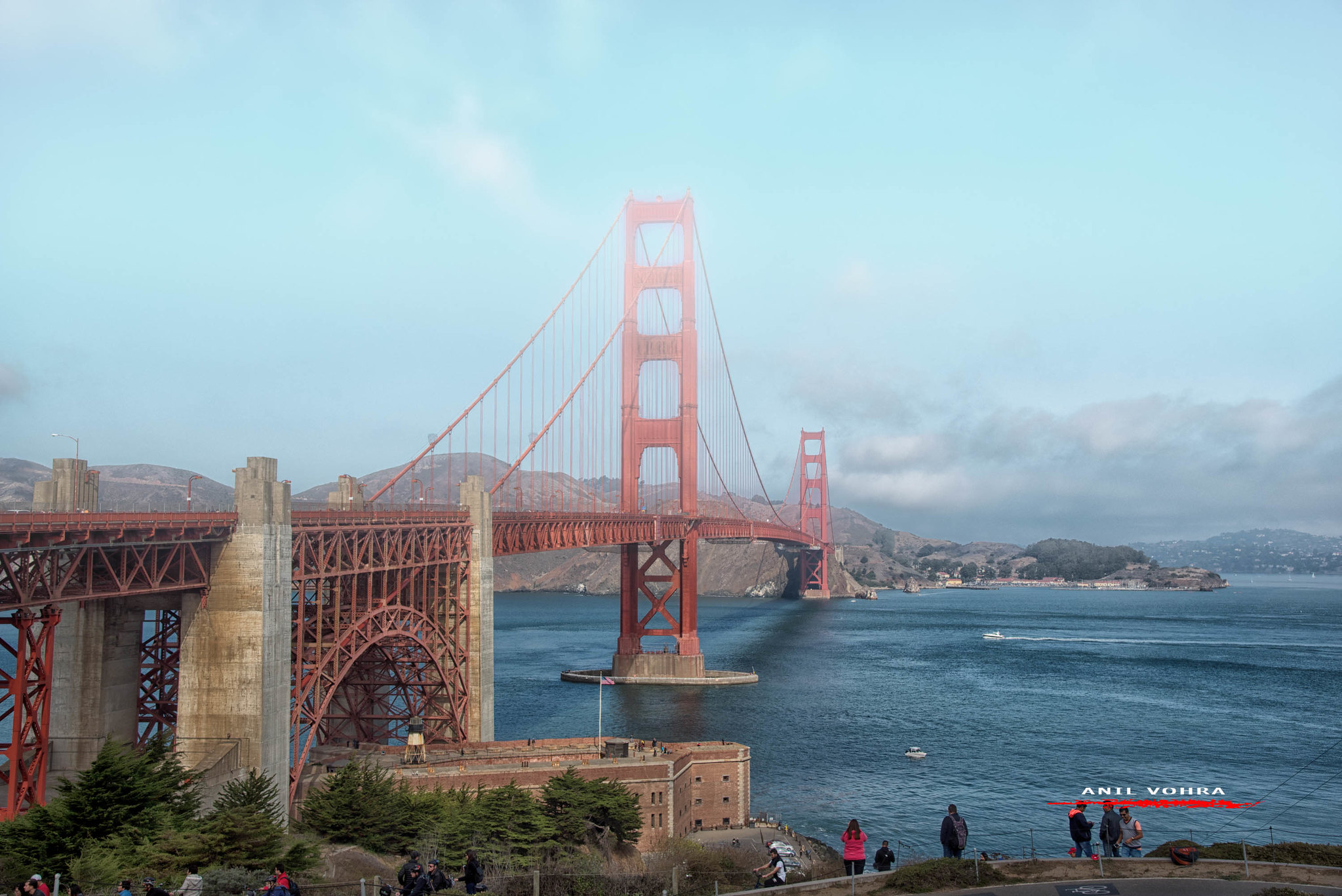 At the time of its opening in 1937, it was both the longest and the tallest suspension bridge in the world, with a main span of 4,200 feet (1,280 m) and a total height of 746 feet (227 m). The weight of the roadway is hung from 250 pairs of vertical suspender ropes, which are attached to two main cables. 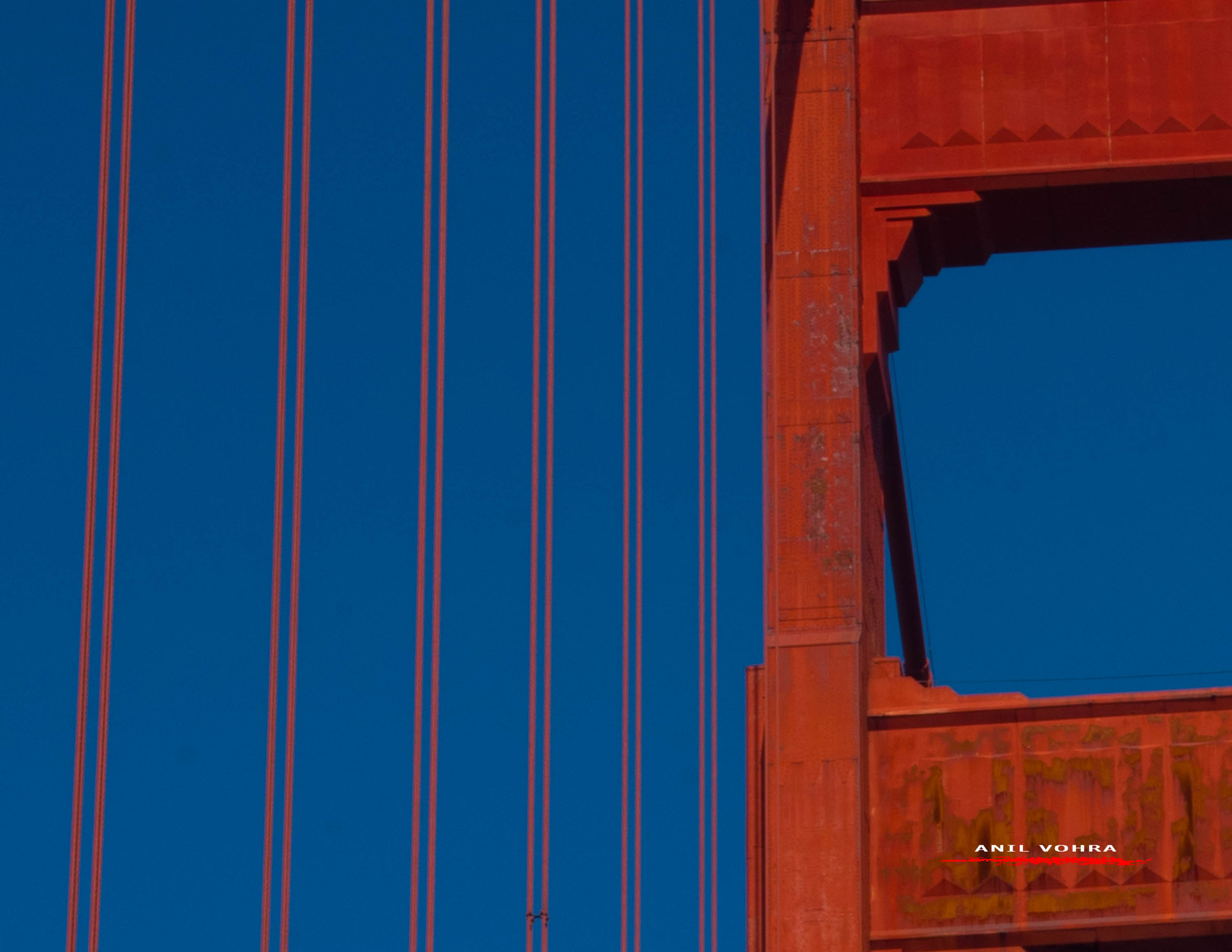 The main cables pass over the two main towers and are fixed in concrete at each end. Each cable is made of 27,572 strands of wire. The total length of galvanized steel wire used to fabricate both main cables is estimated to be 80,000 miles (130,000 km). Each of the bridge’s two towers has approximately 600,000 rivets. 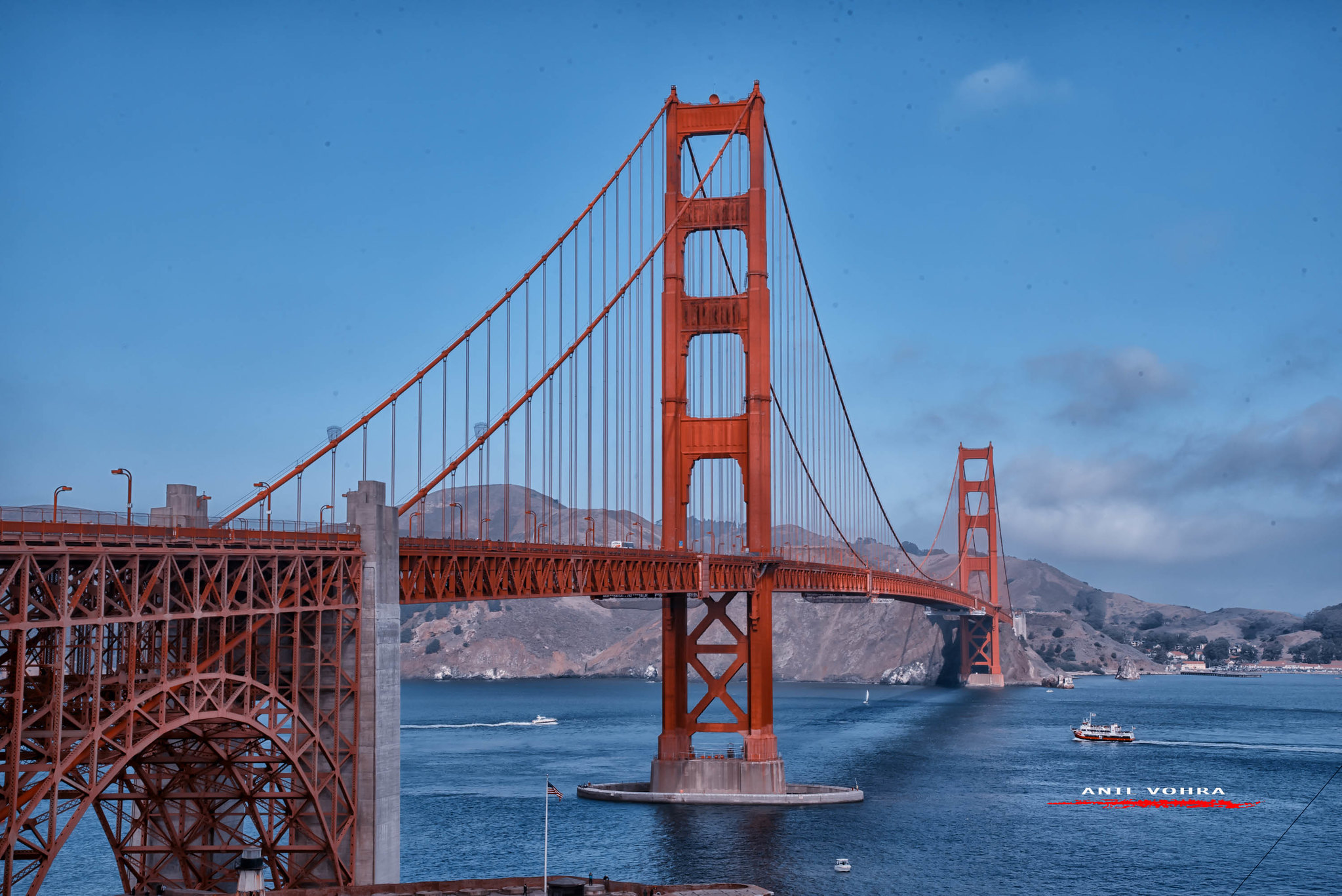 Take out any element of a suspension bridge, and the structure won’t stay standing for long—but the cables are particularly important: They’re strung horizontally between two massive concrete blocks called anchorages on each side of the bridge, with additional vertical cables called suspender ropes attaching the main cable to the bridge’s deck (or roadway). Vehicles push down on the roadway, but the suspender ropes transfer that load to the main cables, which transfer it to the towers, which support most of the weight. For the Golden Gate Bridge, architects needed cables that would be strong enough to support the structure of the bridge and bend 27 feet laterally in the Gate’s high winds—and they’d need to be made right there on the construction site. So when they turned to the experts: Roebling’s Sons Co., which had made the cables for the Brooklyn Bridge 52 years earlier and spun them on site. The bridge’s two main cables are each 7659 feet long, over three feet in diameter, and contain 27,572 parallel wires. The largest cables ever spun, they’re long enough to circle the world at the equator more than three times. phew ! 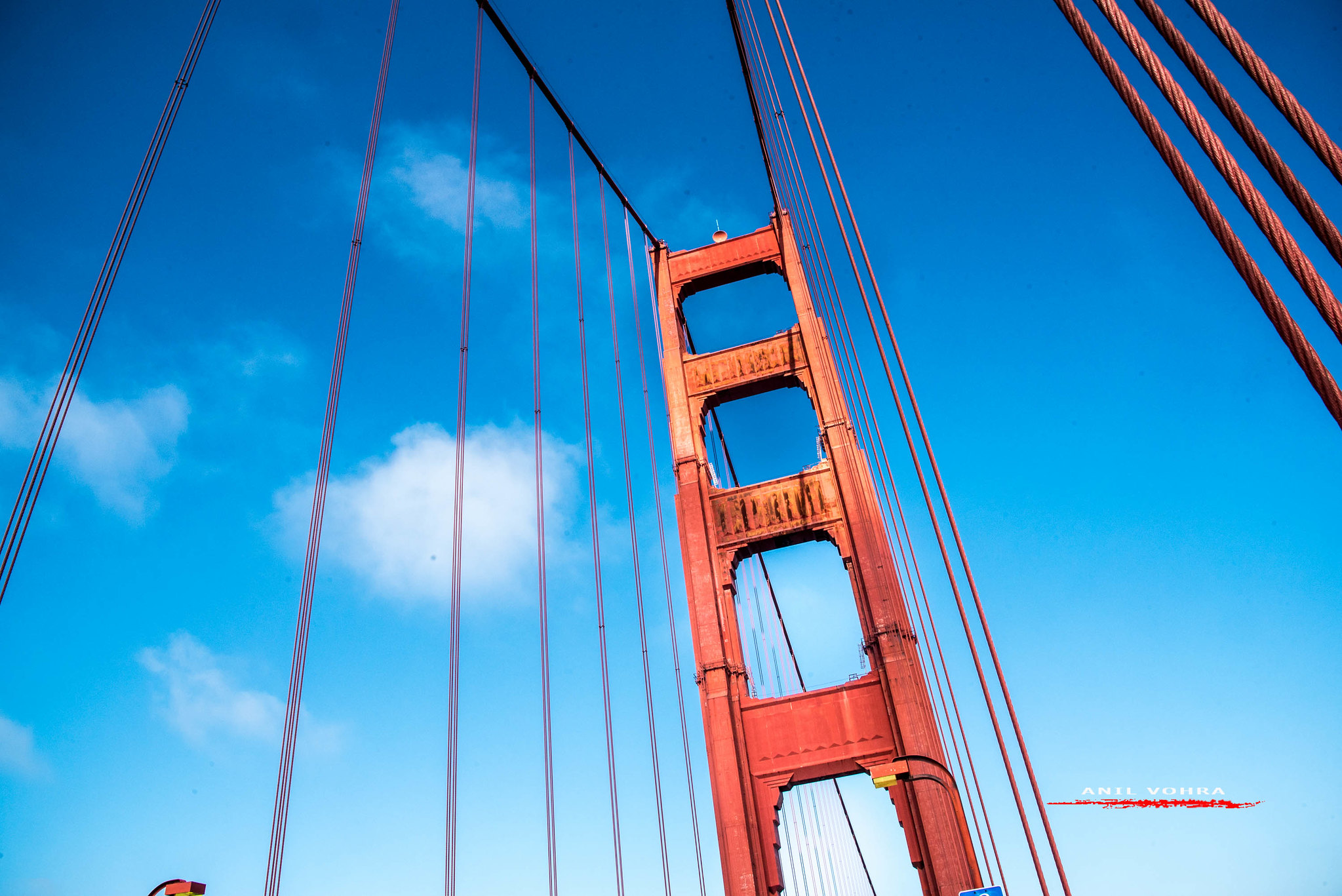 The color of the bridge is officially an orange vermilion called international orange. The color was selected because it complements the natural surroundings and enhances the bridge’s visibility in fog. The bridge was originally painted with red lead primer and a lead-based topcoat, which was touched up as required. In the mid-1960s, a program was started to improve corrosion protection by stripping the original paint and repainting the bridge with zinc silicate primer and vinyl topcoats. Since 1990, acrylic topcoats have been used instead for air-quality reasons. The program was completed in 1995 and it is now maintained by 38 painters who touch up the paintwork where it becomes seriously corroded. 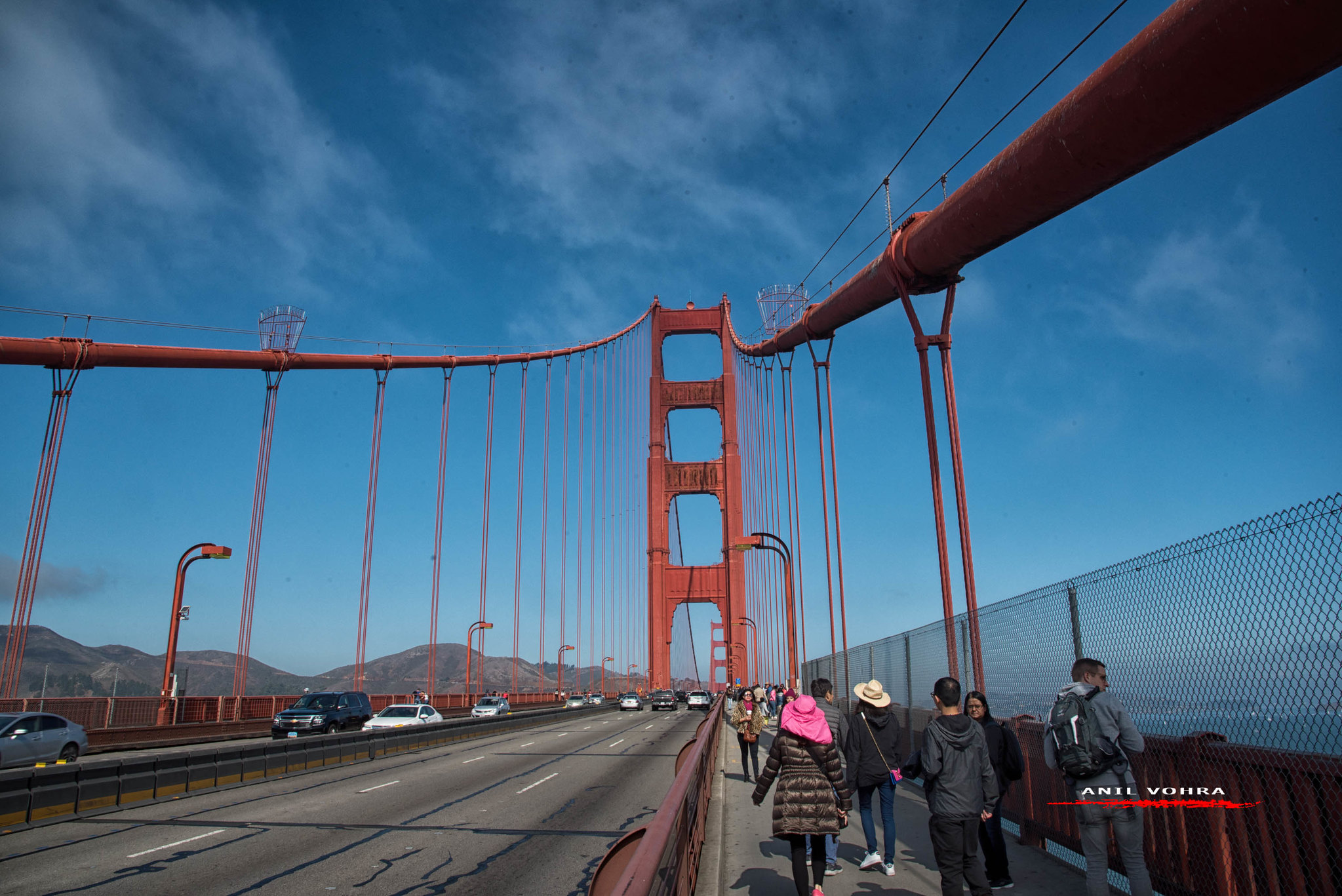 The bridge is popular with pedestrians and bicyclists, and was built with walkways on either side of the six vehicle traffic lanes. Initially, they were separated from the traffic lanes by only a metal curb, but railings between the walkways and the traffic lanes were added in 2003, primarily as a measure to prevent bicyclists from falling into the roadway. The main walkway is on the eastern side, and is open for use by both pedestrians and bicycles in the morning to mid-afternoon and is open exclusively to bicyclists in the evening and overnight, when it is closed to pedestrians. The western walkway is open only for bicyclists and only during the hours when they are not allowed on the eastern walkway. 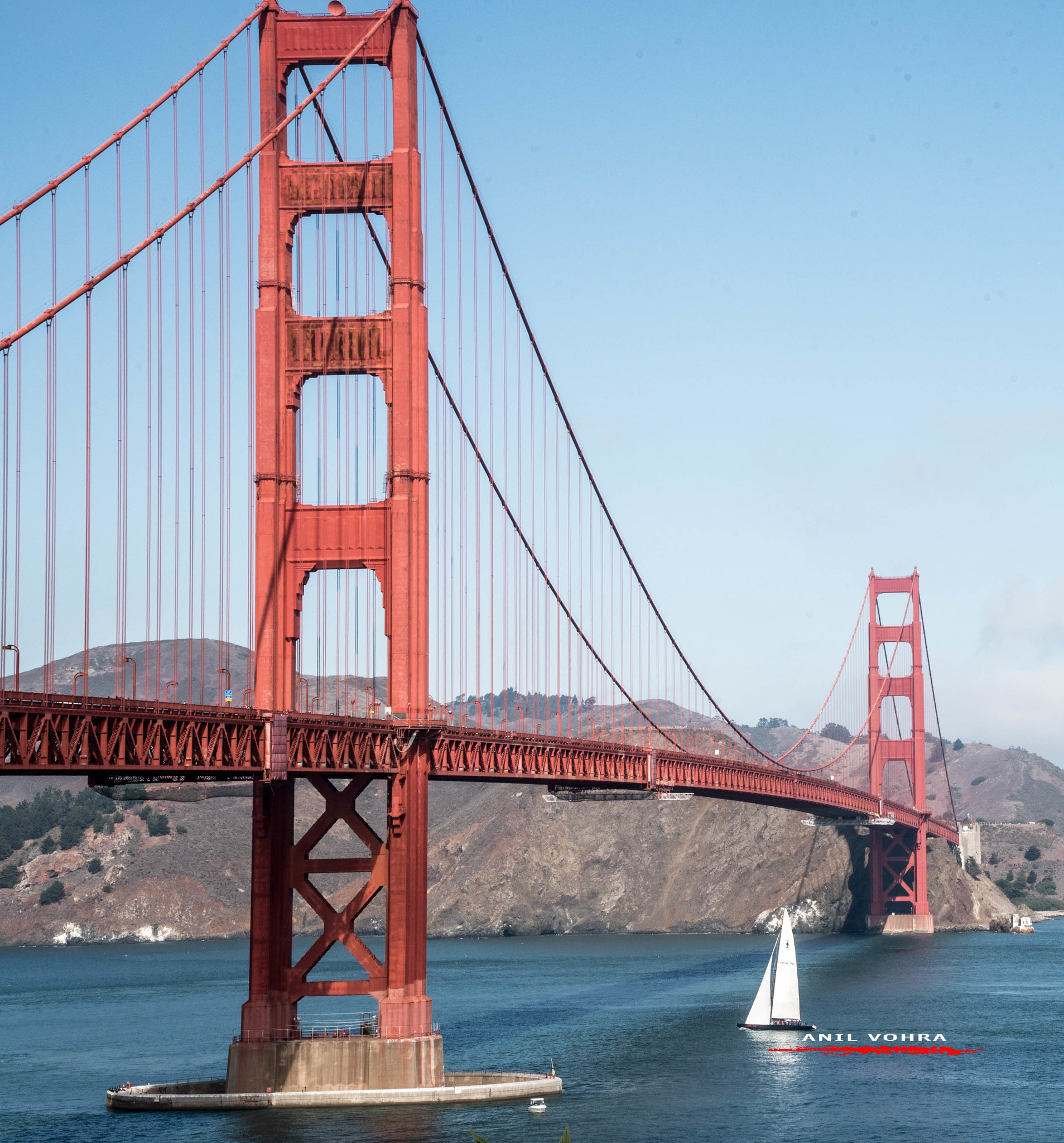 A visitor center and gift shop, dubbed the “Bridge Pavilion”, is located on the San Francisco side of the bridge, adjacent to the southeast parking lot. It opened in 2012, in time for the bridge’s 75th anniversary celebration. A cafe, outdoor exhibits, and restroom facilities are located nearby. 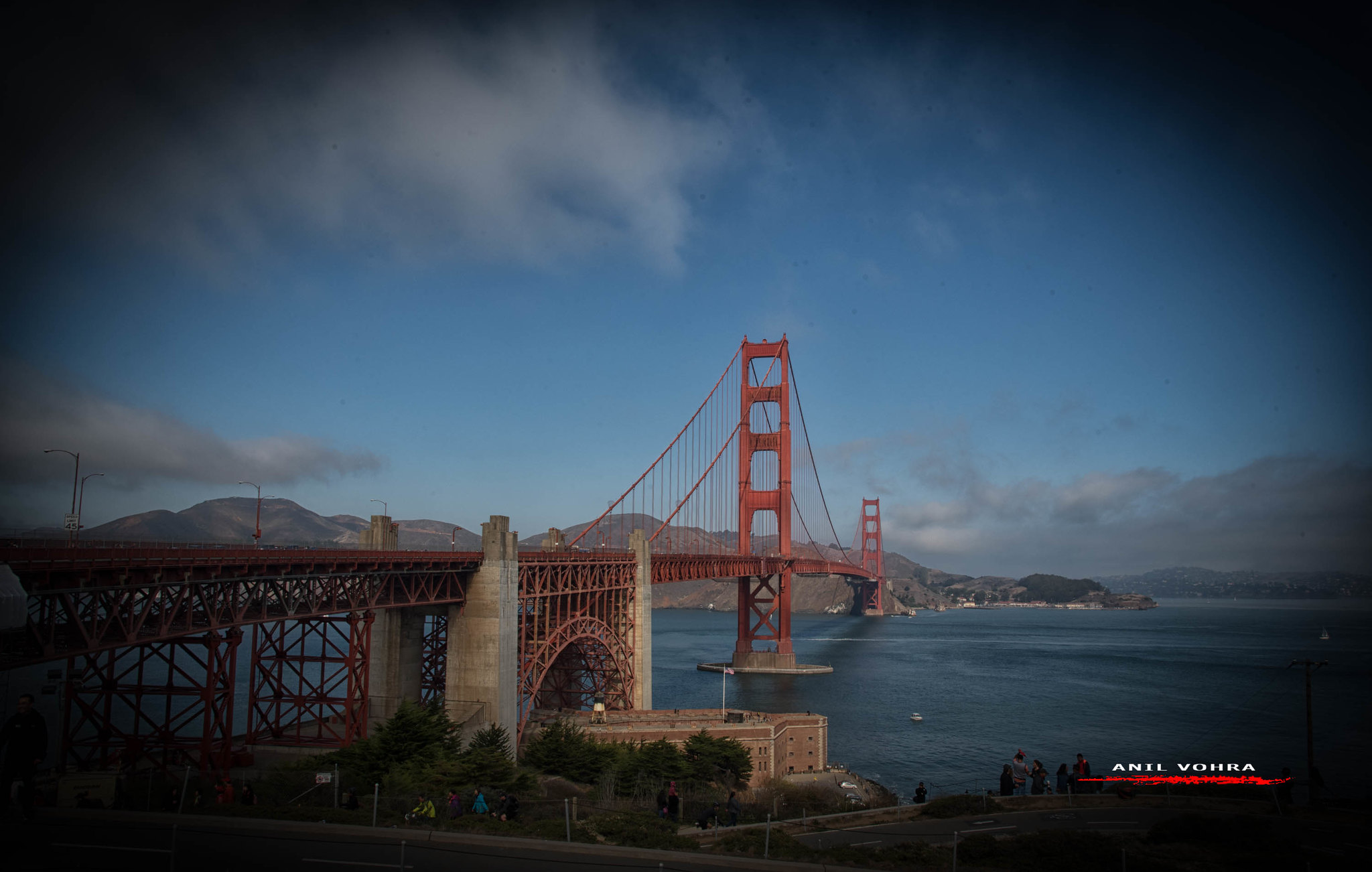 On the darker side, The Golden Gate Bridge is the second-most used suicide site/suicide bridge in the world, after the Nanjing Yangtze River Bridge. The deck is about 245 feet (75 m) above the water. After a fall of four seconds, jumpers hit the water at around 75 mph or about 120 km/h. Most of the jumpers die from impact trauma. About 5% of the jumpers survive the initial impact but generally drown or die of hypothermia in the cold water. After years of debate and over an estimated 1,500 deaths, suicide barriers began to be installed in April 2017. Construction will take approximately four years at a cost of over $200 million.

The bridge has appeared in many films, including The Maltese Falcon(1941), Invasion of the Body Snatchers (1978), Interview with the Vampire(1994), and The Rock (1998). Movie directors love to destroy it, too. The bridge has even been featured on the cover of the February 26, 1976 issue of Rolling Stone.

For the bonus, the bridge offers great views of the San Francisco downtown skyline .. 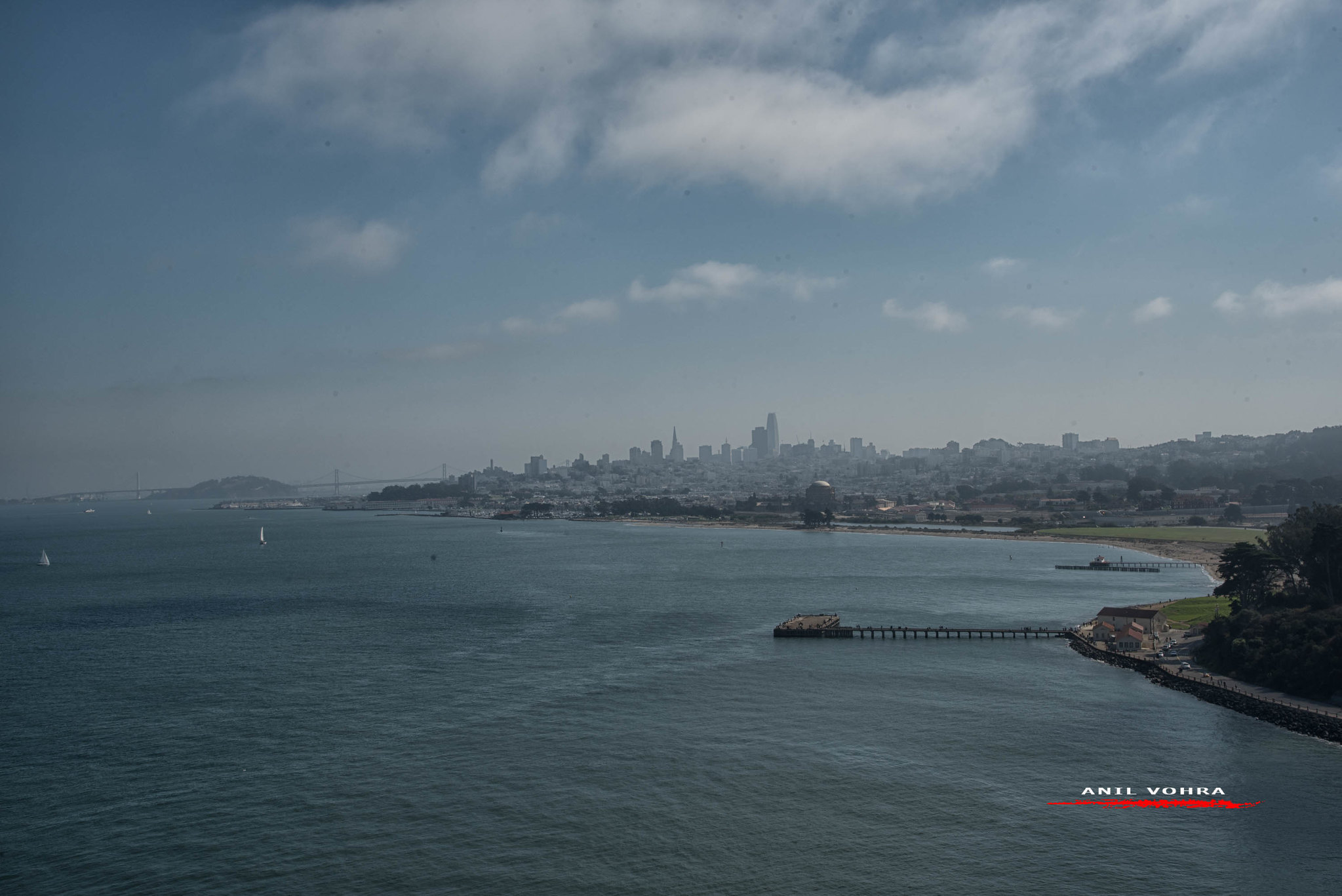 ….and the Alcatraz island 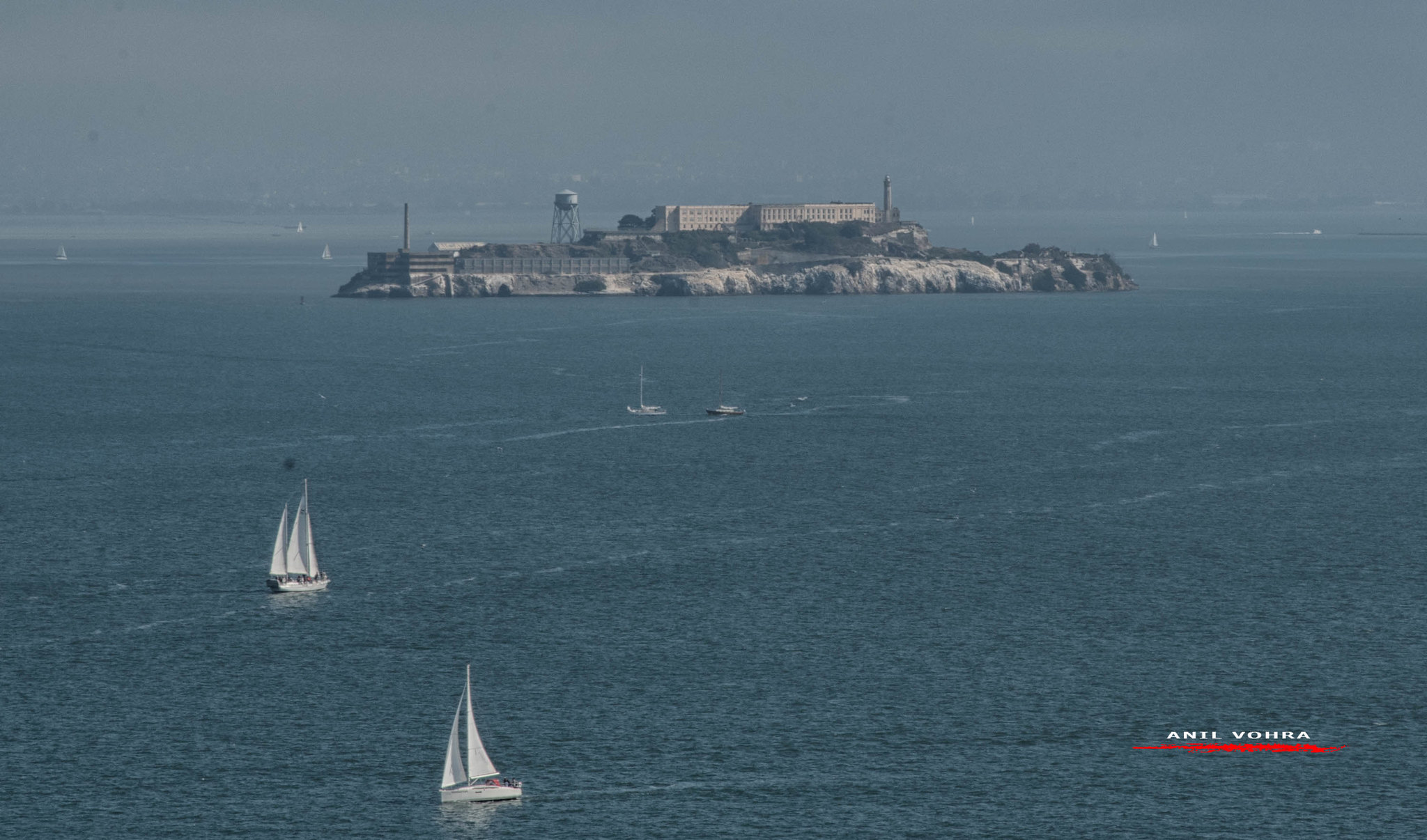