The lure of the unknown has always been irresistible to humans; be it paranormal beings or the widely celebrated UFOs, we seem to have a never ending appetite for such stories. There is always something inexplicably fascinating about the various mysteries the world has to offer. Some of these mysteries are debunked, some fade away only to resurge in different forms, while the explanations for some remain hidden to our minds and eyes. The story of the small village of Kuldhara in Rajasthan is one such baffling mystery. 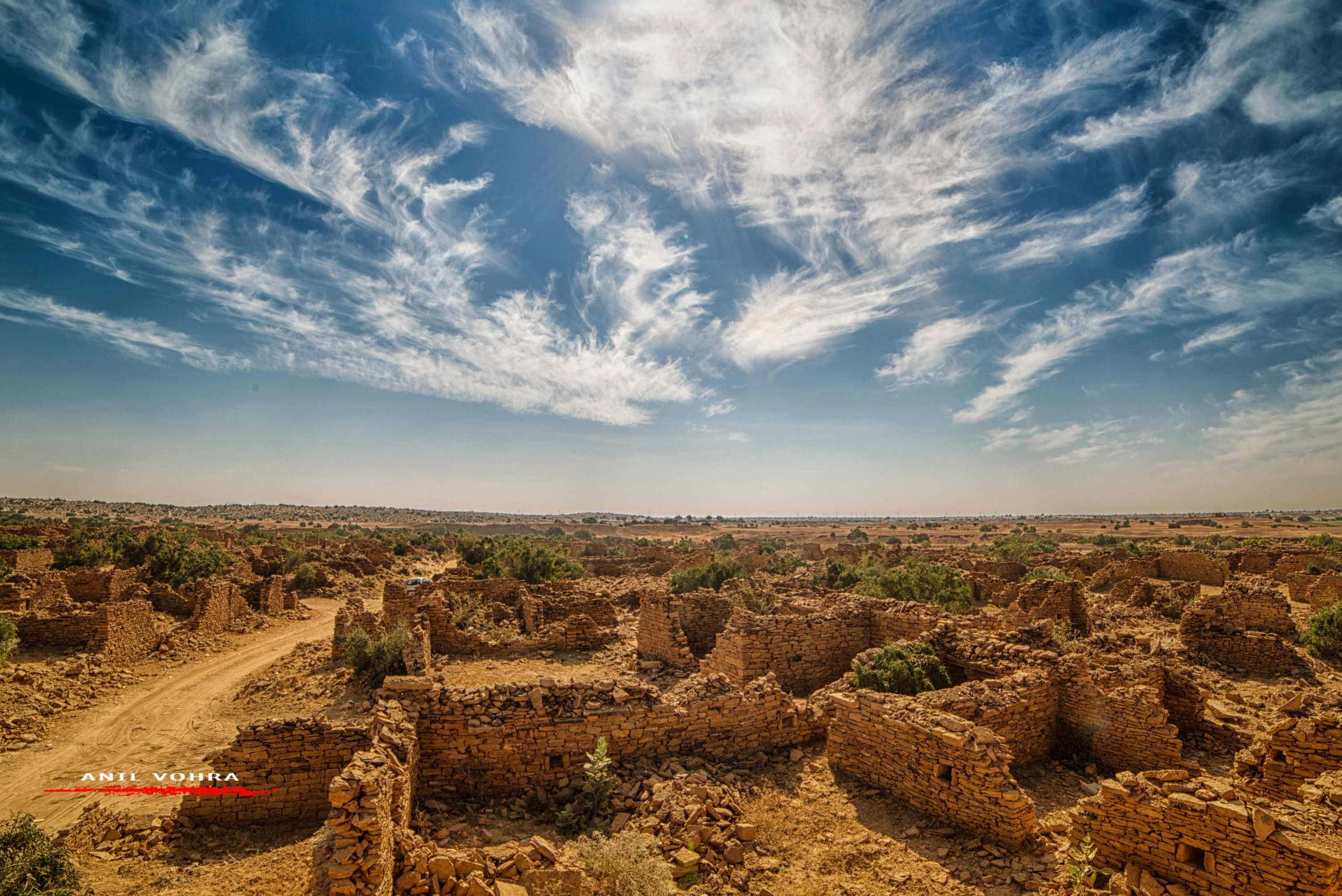 About 15 Km. west of Jaisalmer in western Rajasthan that lies the ruins of a village, one on which, first sight sends imagination running to the time it may have been inhabited as a well planned settlement, with straight, wide streets running in grids with houses opening into them. All design elements kept both aesthetics and utility in mind. A kind of a garage opened into the streets to park carts in. Temples, step wells and other structures were all signs of sound development over the centuries. Everything looks normal, except that its completely uninhabited. 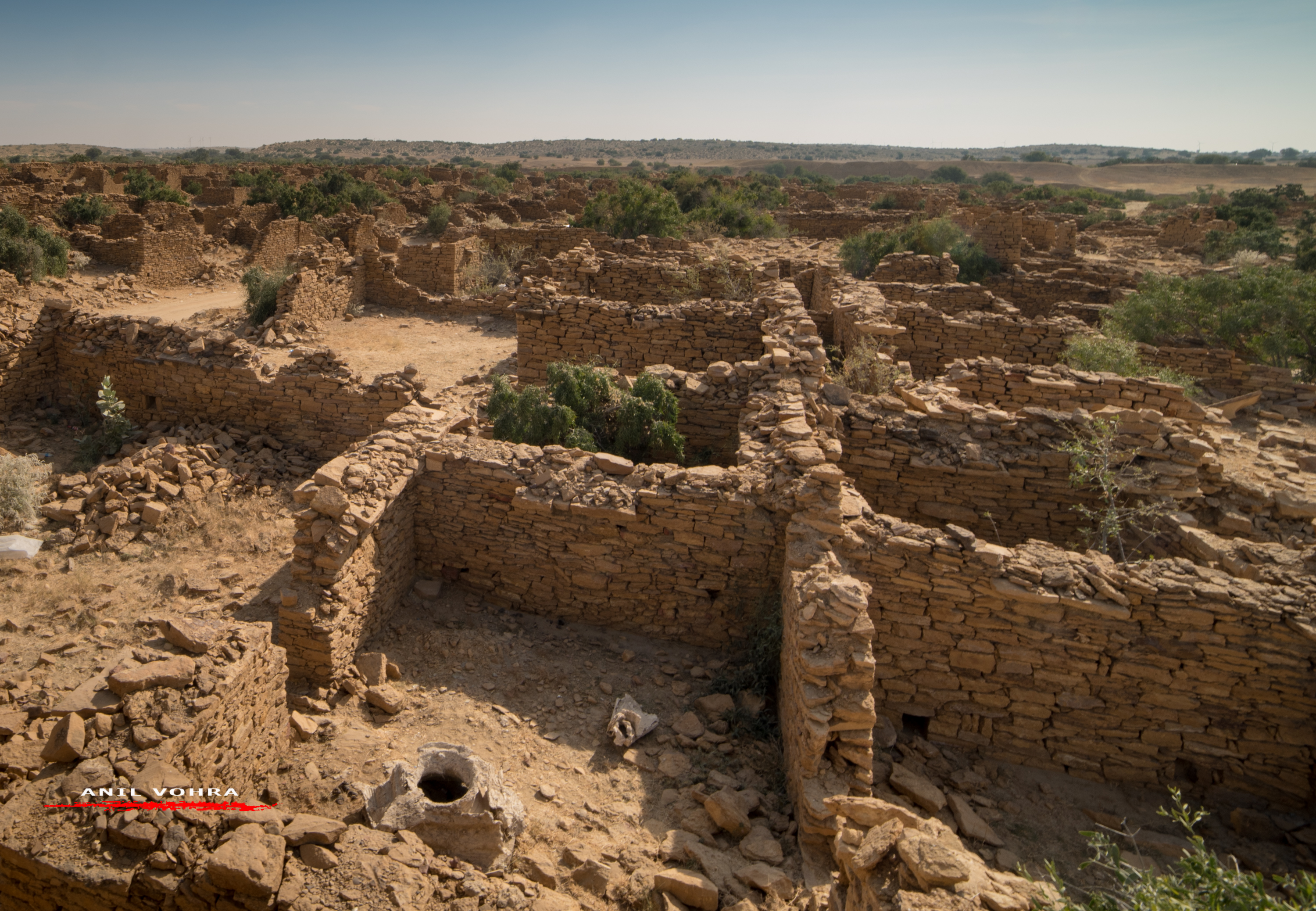 Folklore says that about 200 years back, the residents of 84 neighboring villages including Kuldhara vacated the villages overnight. Why ? As per local guides, there are many stories that go around but no one for sure, with fact based reasons explain why the resident Paliwal Brahmans who inhabited the villages since 12th century suddenly  abandoned the and where they had gone, though it is believed that they migrated to a place somewhere near Jodhpur. 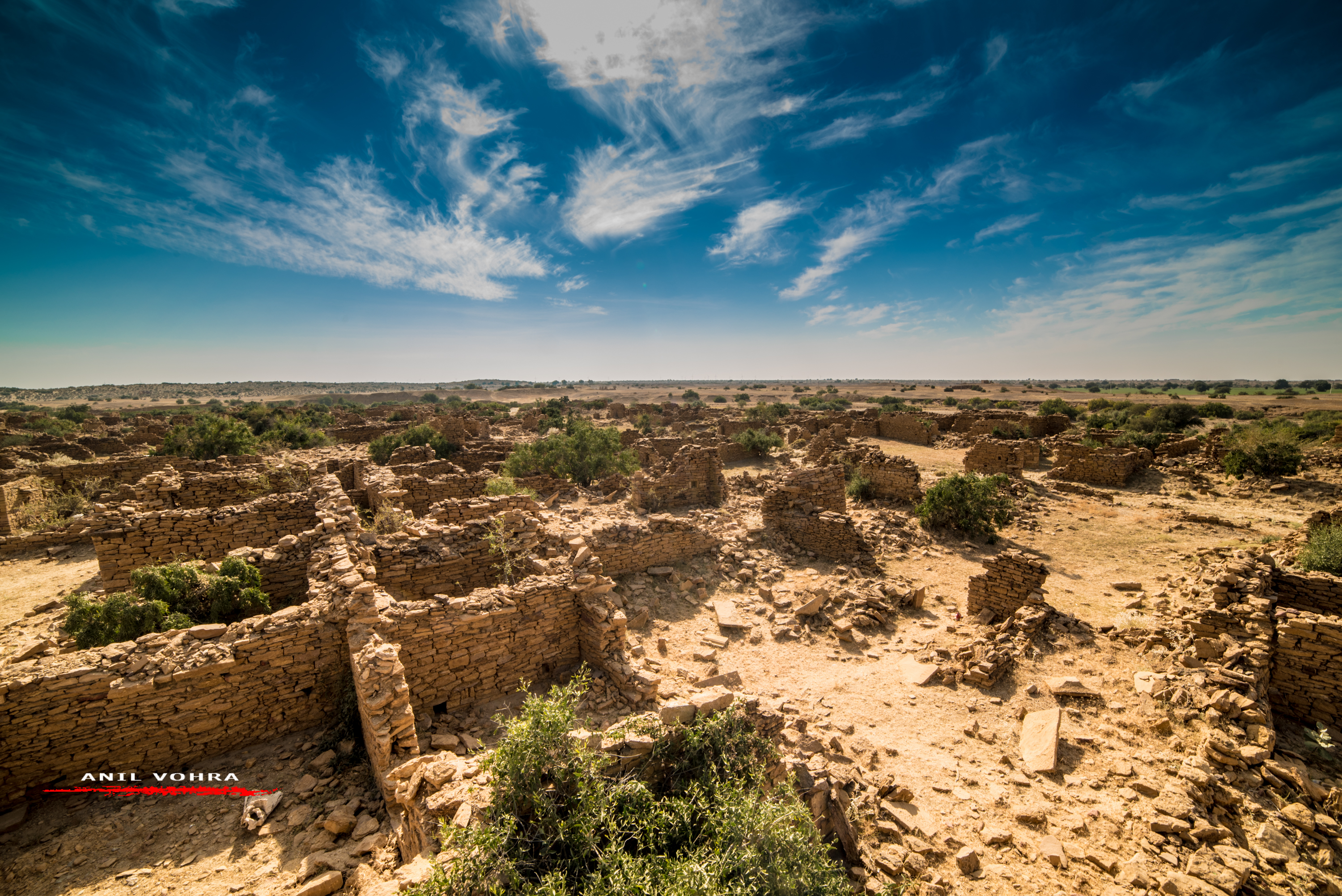 As per common lore goes – in 1825, the ruler of the region introduced heavy taxes, which when the villagers struggled to pay back, had their property looted and the daughter of one family been kidnapped. When there was no response to their complaints, the entire community upped and left. When the Paliwals left the villages, they left a curse that nobody can inhabit the villages ever. Residents of Jaisalmer say that there have been some attempts by some families to stay there, but they did not succeed. 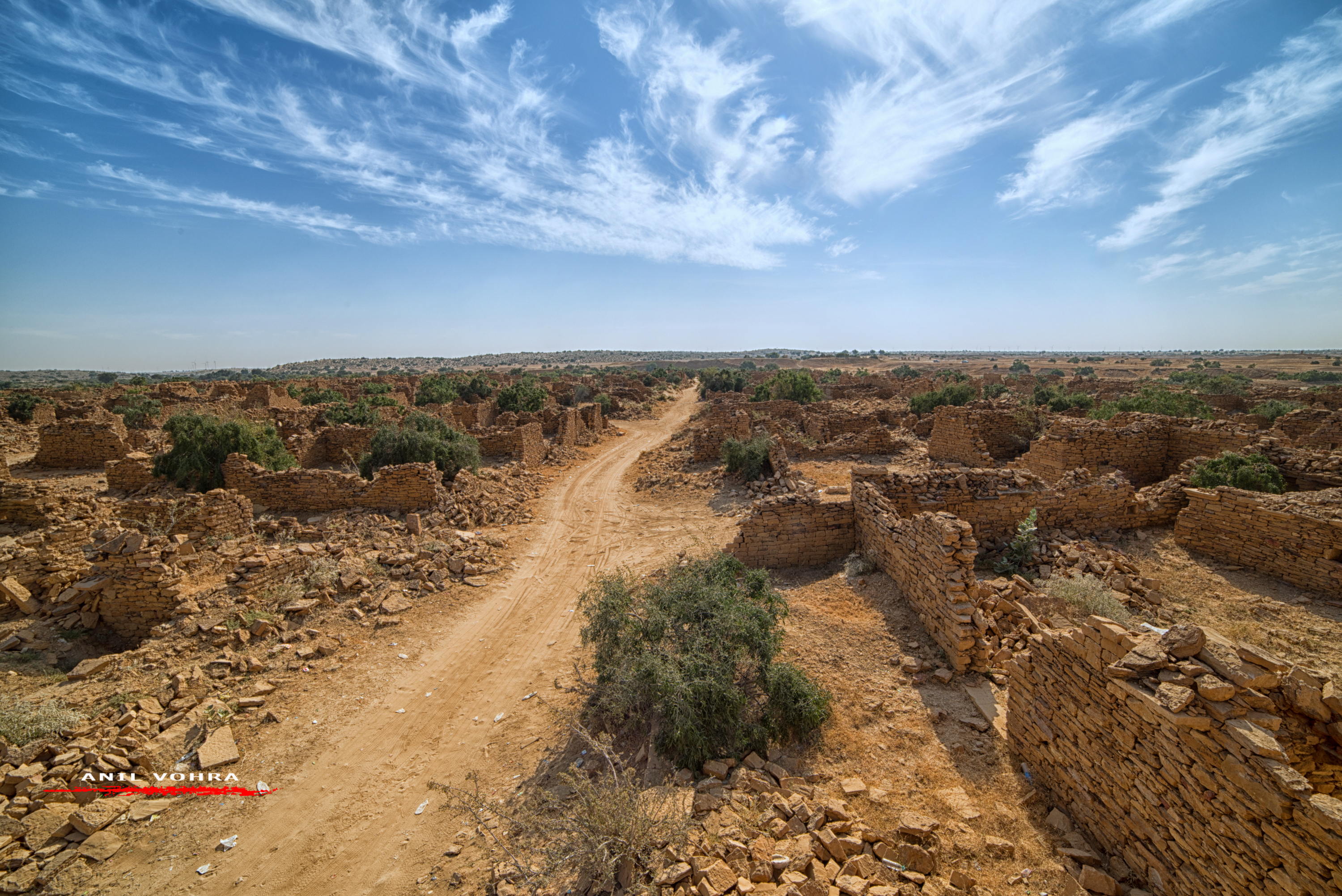 Corollary to this, some say, the then Diwan (Prime Minister) of Jaisalmer, a man famous for his debauchery,  had set his sights on the village chief’s daughter and proposed to marry her to him or bear his wrath. In order to save his daughter from the evil Diwan, the village chief decided to move out of the village. The villagers followed suit to escape the Diwan’s wrath. The next day when the minister came for his marriage and saw the abandoned village, he tried hard to look for everyone, but in vain. It is said that he then cursed the land and that no one could stay in the village after sunset. 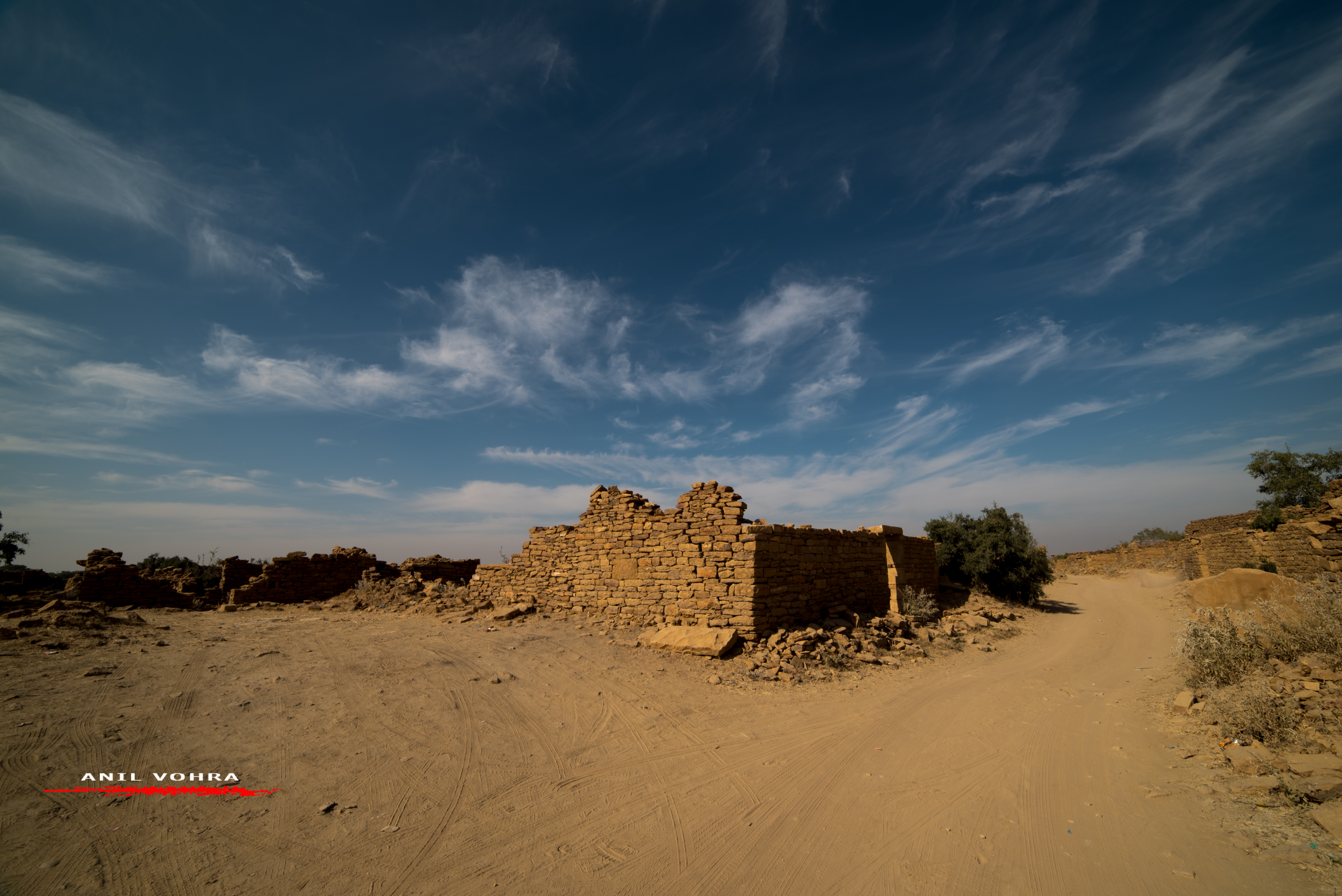 Another legend says that during the 13th Century, the Paliwals migrated from the then state of Jaisalmer to Kuldhara, due to the tyrannical behaviour of the King of Pali. It is said that the Paliwals were welcomed into the village with a brick and a gold coin – the brick to build their homes and the coin to start a business or farm. As the community began to prosper, it became an automatic target for Mughal invasions. In the 18th Century Kuldhara was raided and the animal carcasses ended up poisoning their wells, leading to the Paliwal Brahmins migrating out of the village overnight. 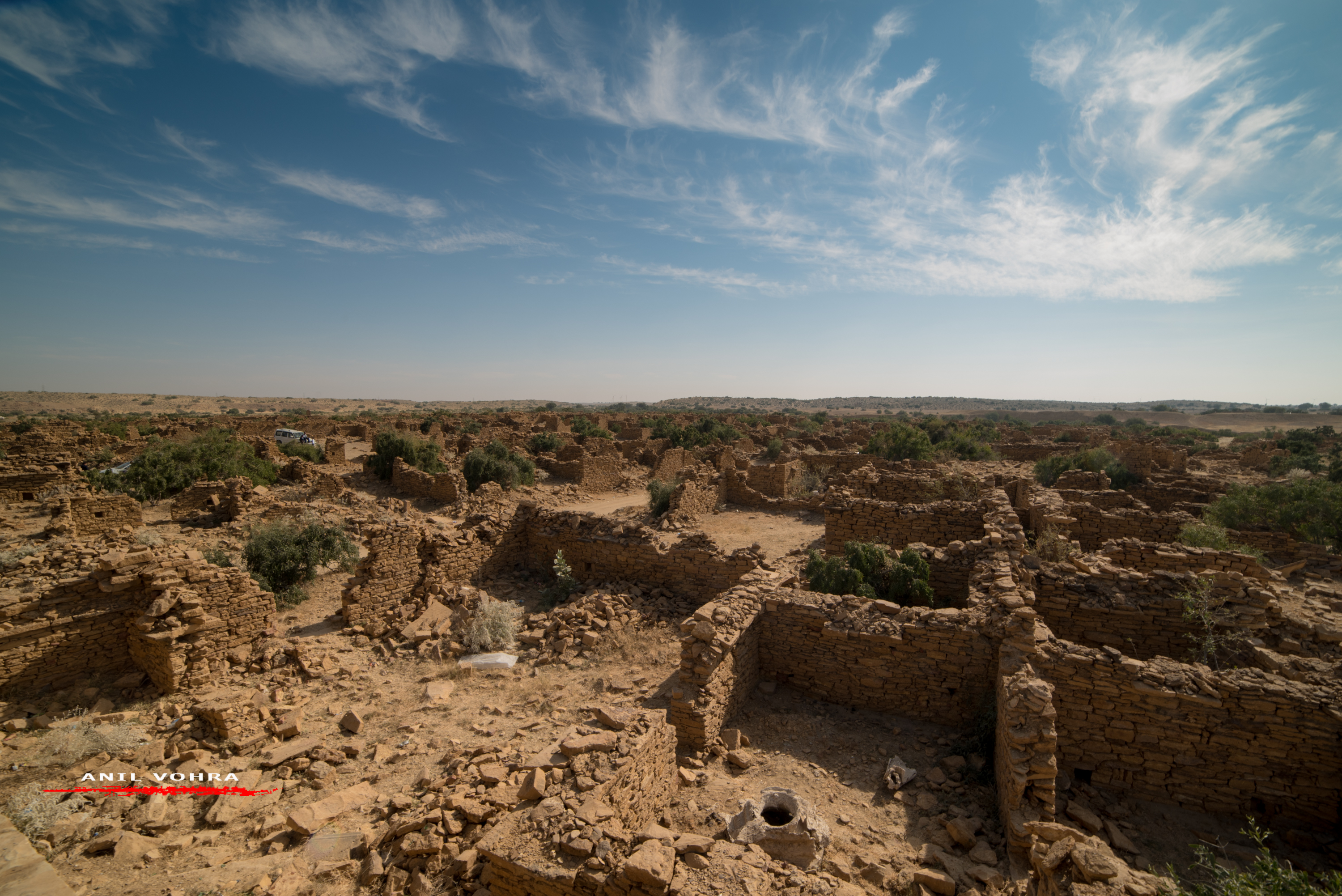 Legend has it they buried the gold and silver they couldn’t carry in Kuldara, which has attracted treasure hunters to the area. 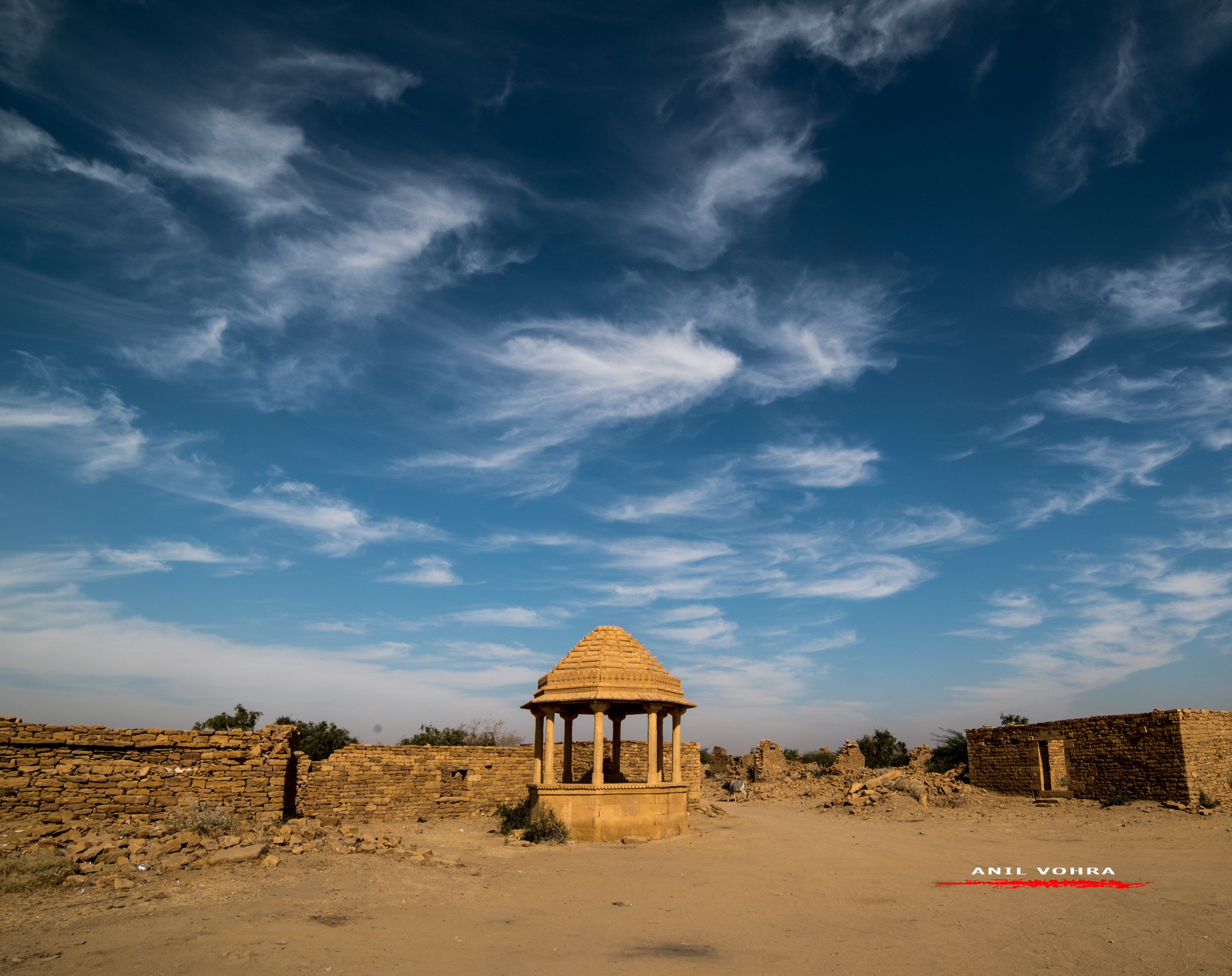 This place so attracts plenty of Indian day-trippers and camel riders. Some of the houses are in remarkable condition as they have been restored for use as film sets – this is a popular Bollywood location with ‘Gupt’ and ‘Agent Vinod’  being the poplularly quoted ones. 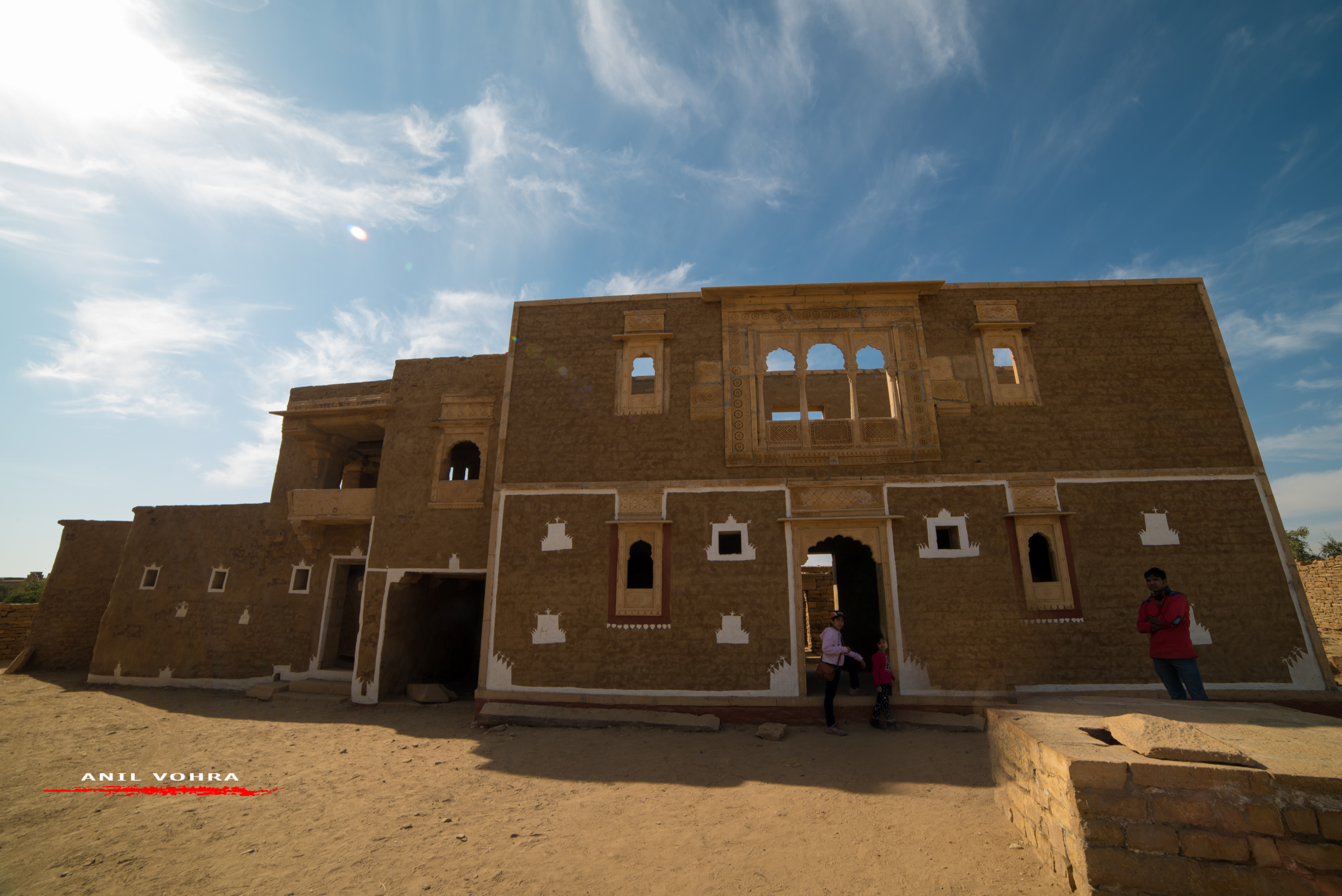 Curse or not, today Kuldhara is a popular tourist destination and is maintained as a heritage site by the Government of Rajasthan.

5 thoughts on “Kuldhara – a village abandoned and cursed”