What was once a French colony, Chandannagar (formerly known as Chandernagore) is located 35 kilometers north of Kolkata, in West Bengal, India. Located on the Hooghly River, the city has been able to maintain a separate identity different from all other cities and abide by her own characteristics. Chandannagar is connected to Kolkata by railway, roadways and river and it takes about an hour to reach there by car. 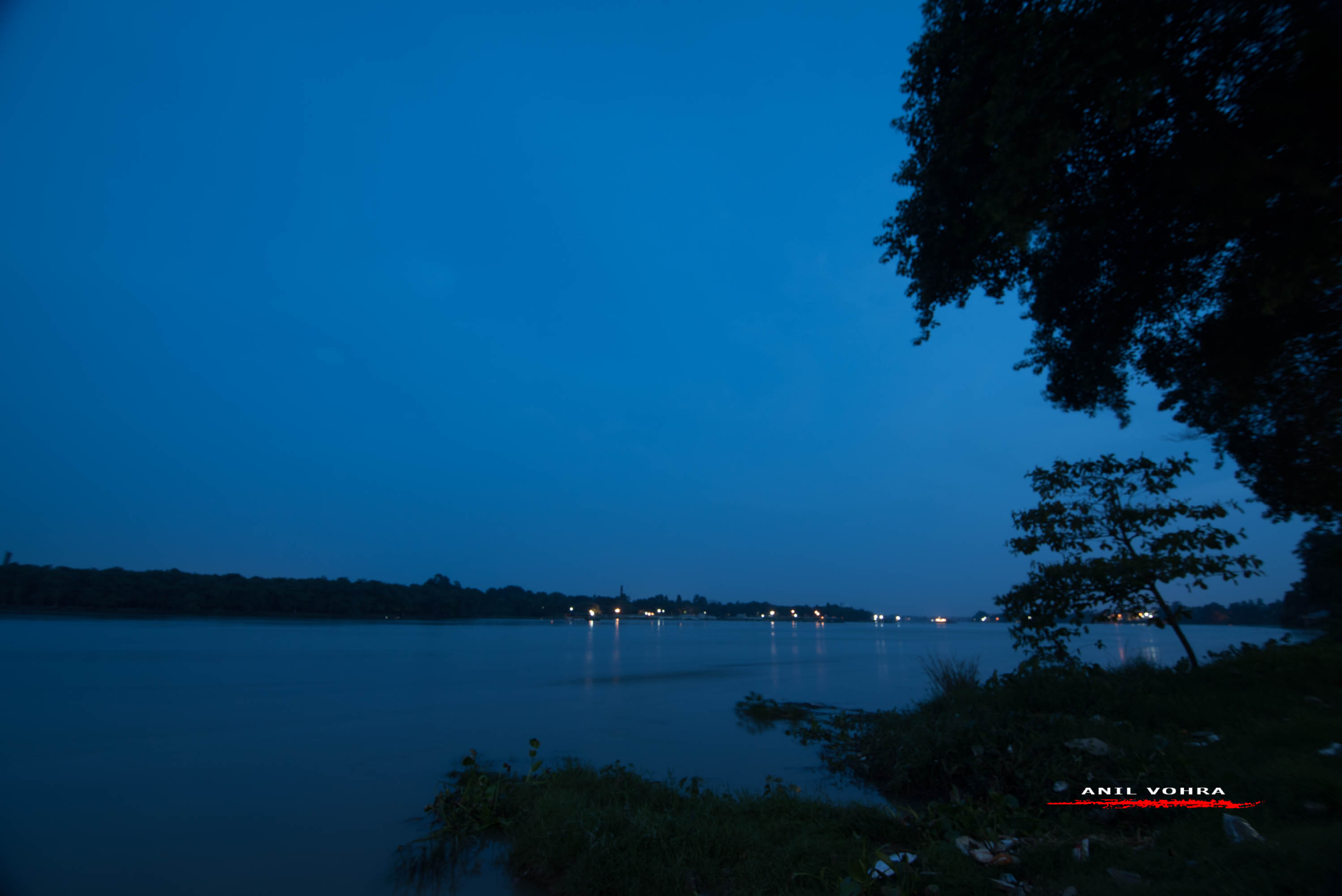 There are various theories behind the origin of the name of this city. Chandannagar is possibly derived from the shape of the bank of the river Ganges which is bent like a half moon (in Bengali, Chand means moon and Nagar implies city). In some old documents the spelling of Chandannagar was Chandernagore which probably came from Chandra Nagar. To mention, Chandra is the Bengali of Moon. Others believe it might have been taken from the flourishing trade and business of sandal wood (Bengali:Chandan) at that time. One more reason behind the name is, in Chandernagore there is a temple of Goddess ‘Chandi’. So it might come from there. But earlier people knew the place by the name Farasdanga as it was a French colony (Bengali: Farasi means French, danga means land). 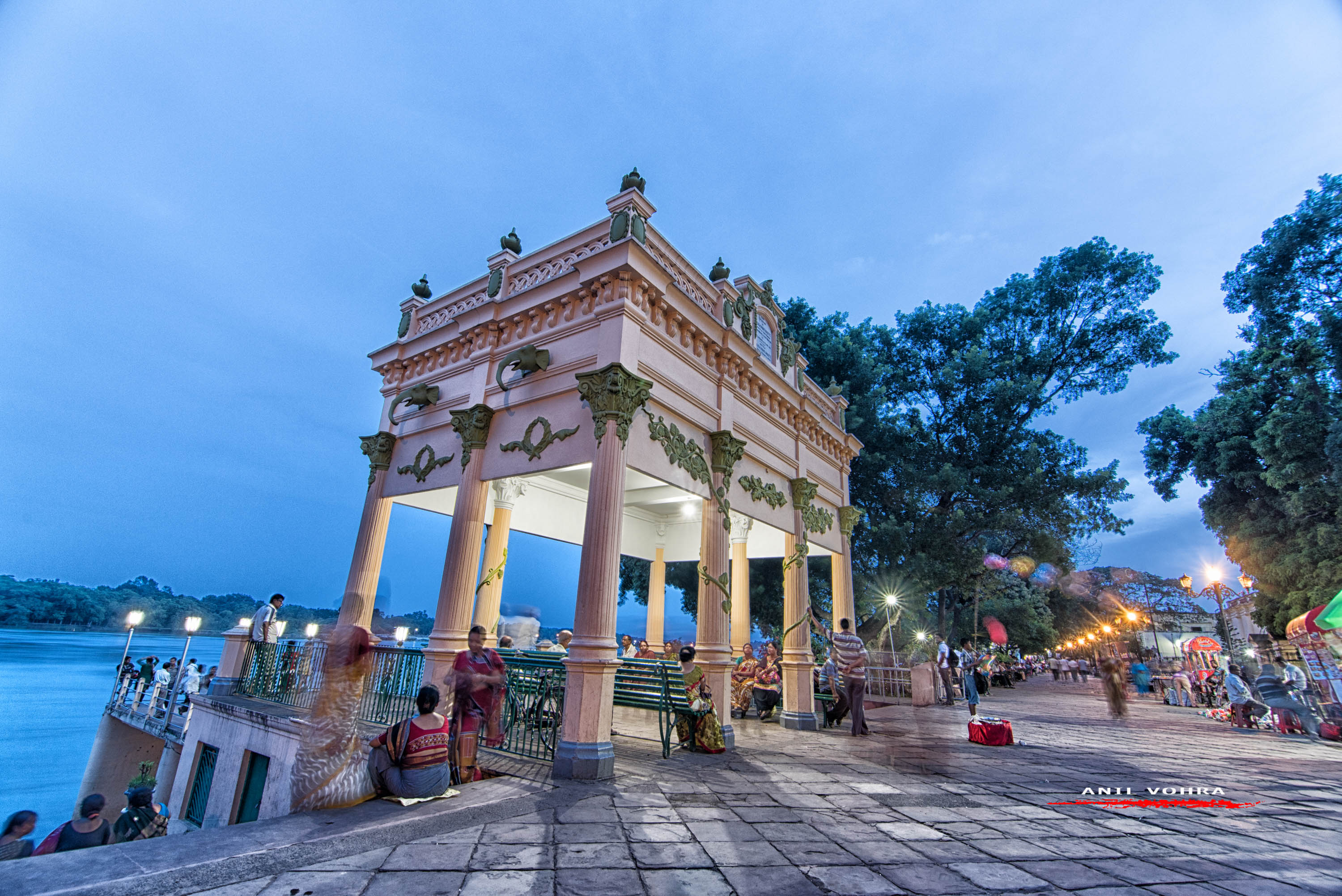 For a little bit of its history, Chandannagar was established as a French colony in 1673, when the French obtained permission from Ibrahim Khan, the Nawab of Bengal, to establish a trading post on the right bank of the Hooghly River. Bengal was then a province of the Mughal Empire. It became a permanent French settlement in 1688, and in 1730 Joseph François Dupleix was appointed governor of the city, during whose administration more than two thousand brick houses were erected in the town and a considerable maritime trade was carried on. For a time, Chandannagar was the main center for European commerce in Bengal. In 1756 war broke out between France and Great Britain, and Colonel Robert Clive of the British East India Company and Admiral Charles Watson of the British Navy bombarded and captured Chandannagar on 23 March 1757. The town’s fortifications and many houses were demolished thereafter, and Chandannagar’s importance as a commercial center was eclipsed by that of Calcutta just downriver. 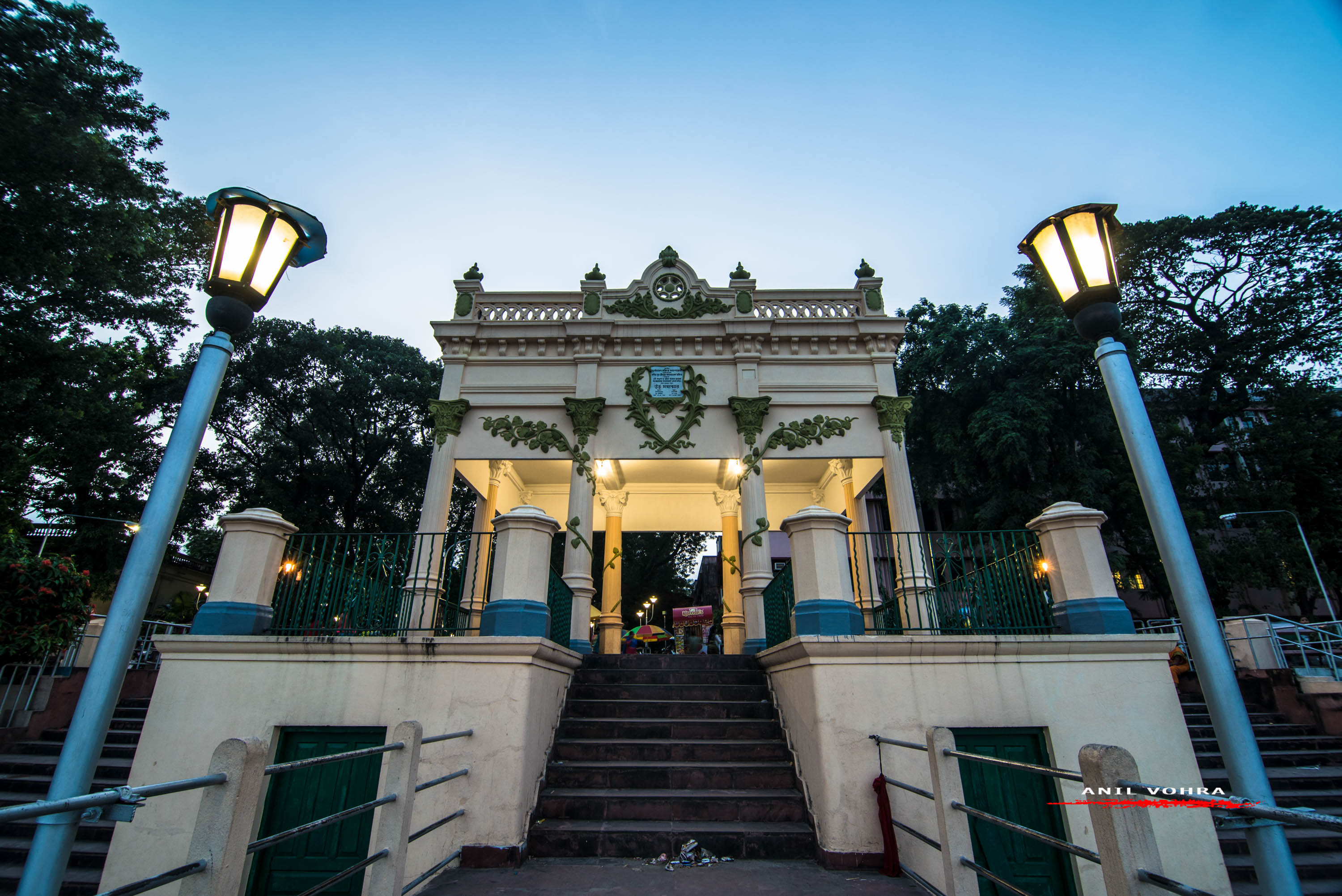 Chandernagore was restored to the French in 1763, but retaken by the British in 1794 in the Napoleonic Wars. The city was returned to France in 1816, along with a 3 sq miles enclave of surrounding territory. It was governed as part of French India until 1950, under the political control of the governor-general in Pondicherry even after India’s independence in 1947 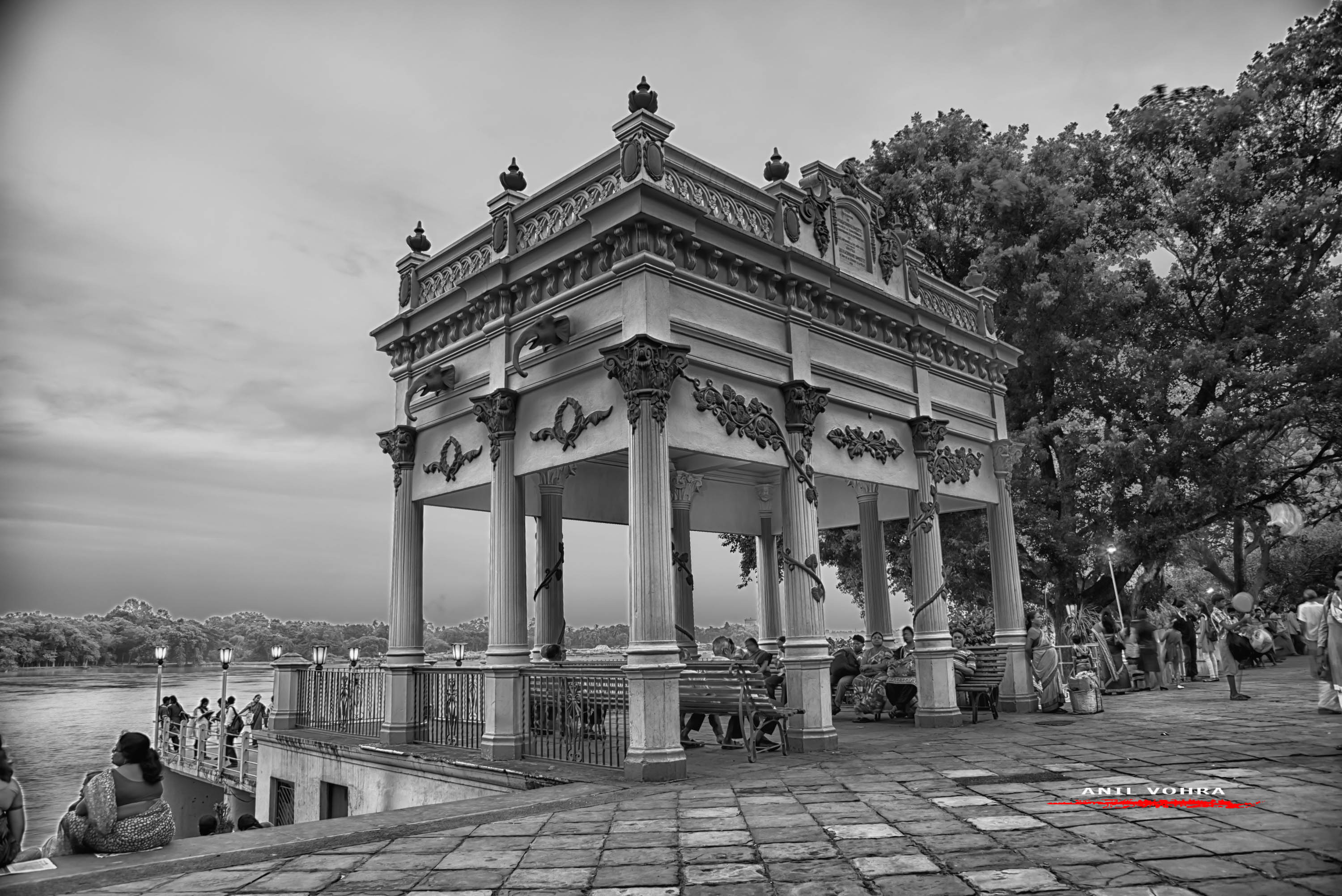 India became independent of Britain in 1947, and in June 1948 the French Government held a plebiscite which found that 97% of Chandannagar’s residents wished to become part of India. In May 1950, the French allowed the Indian government to assume de facto control over Chandannagar, officially ceding the city to India on 2 February 1951. De jure transfer took place on 9 June 1952. On 2 October 1954 Chandannagar was integrated into the state of West Bengal.

By 1900 the town’s former commercial importance was gone, and it was little more than a quiet suburb of Calcutta, with a population of 25,000. The European town was noted for its clean wide thoroughfares, with many elegant residences along the riverbank. 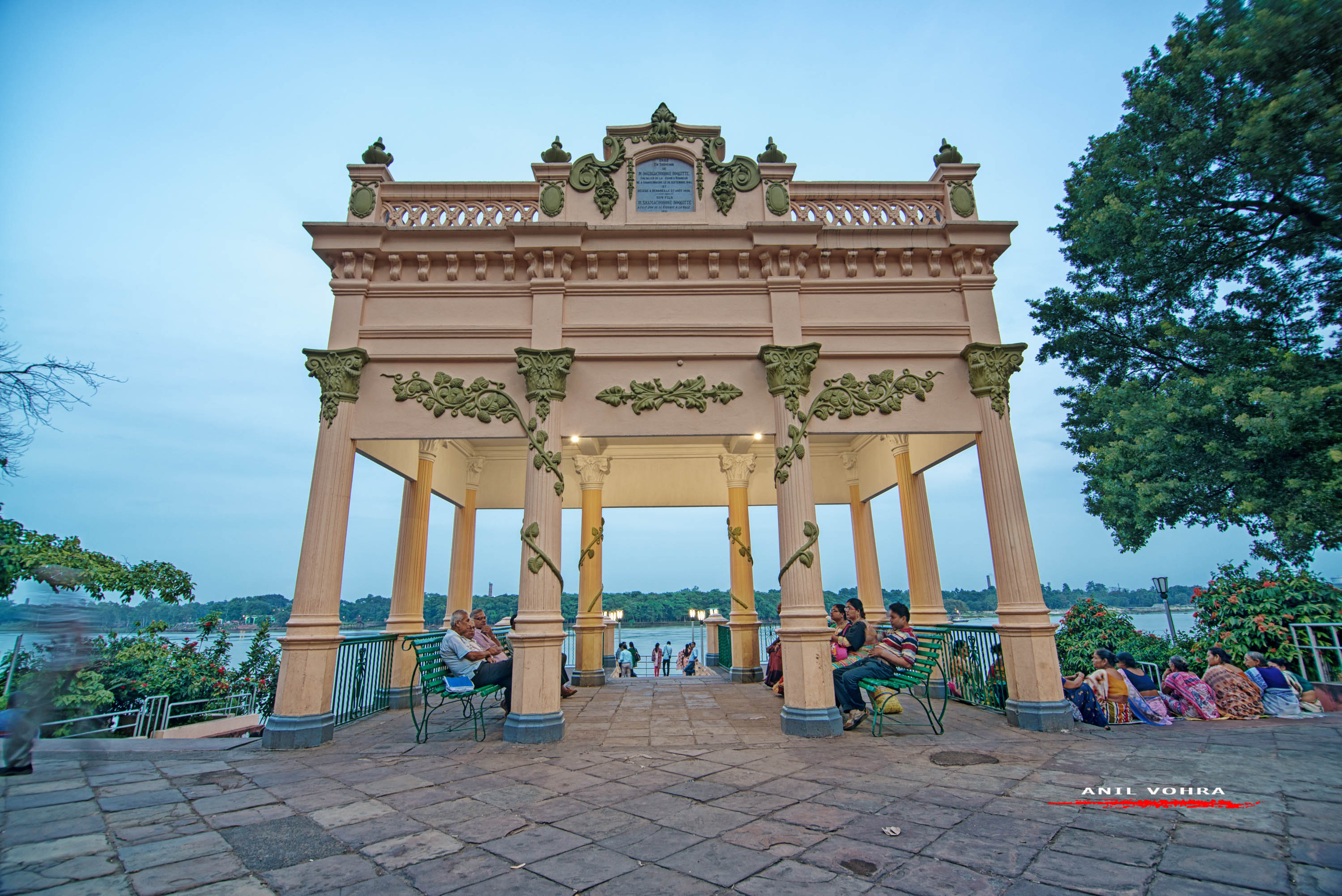 Chandannagar Strand is what the common local people refer to for the Strand Road – a tree-shaded promenade along the river. It is about 1 km  long and there are many buildings of historical importance along the way. It is a popular spot for local people and tourists alike, who love to stroll along enjoying the breeze and watching the small boats sail by. 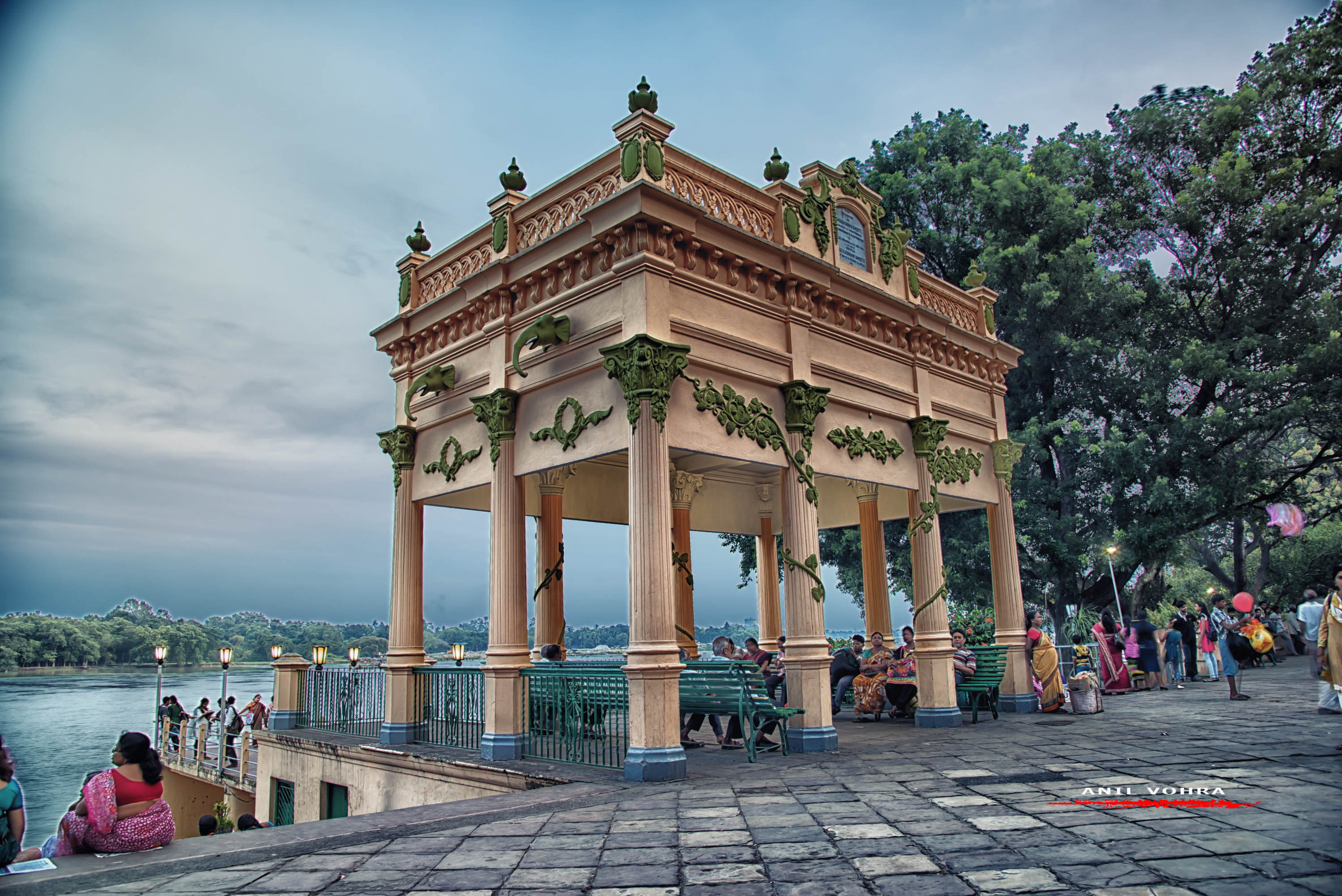 Opposite the main ghat is Institute (Institut de Chandernagor) and Chandannagar Museum – One of the oldest museums of the region. It boasts a collection of French antiques (such as cannons used in Anglo-French war, wooden furniture of 18th century, etc.) which are difficult to find anywhere else in the world. The institute still teaches French through regular classes and is a French language center. 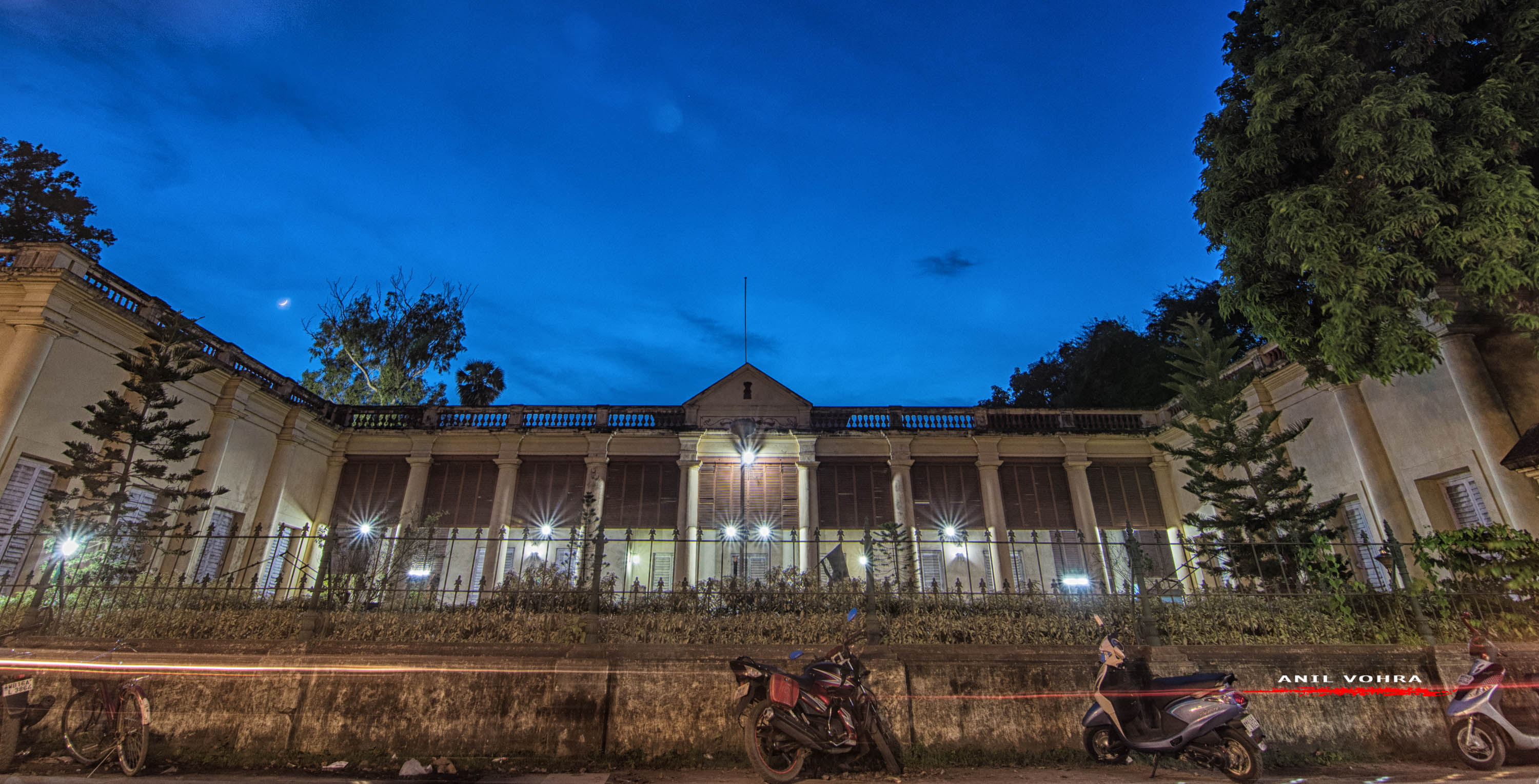 On the left to the institute is the Sacred Heart Church of Chandannagar (l’Eglise du Sacré Cœur). It was designed by French Architect Jacques Duchatz, the church stands for over two centuries to mark the beauty of the architecture during the French period — a good place to visit for the historians and tourists alike. The remains of the Church of St. Louis are also an attractive tourist spot.

Next to the church is St. Joseph’s Convent,  an all-girls school in Chandannagar, West Bengal, India established in 1861 by the Sisters of St. Joseph of Cluny. 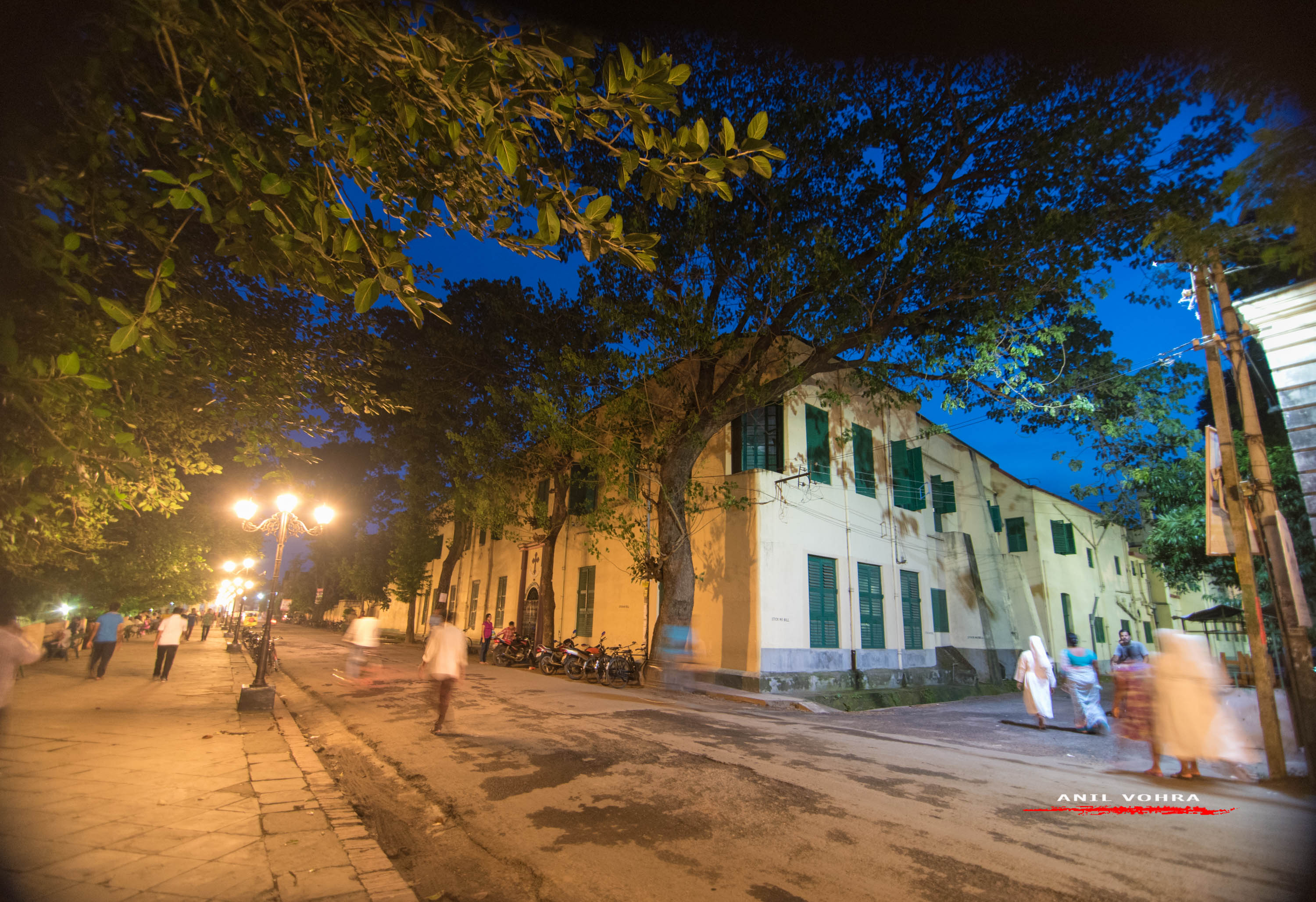 Along the Strand one can find also find other places to visit like the Vivekananda Mandir (a meditation centre protruding into the river Ganges) and Rabindra Bhawan, a center for art. The underground house, popularly known as the Patal Bari, the lowest floor of which is immersed in the River Ganges is another superb architectural evidence of the early days. The Nobel laureate Rabindranath Tagore frequently visited the place and was influenced to an extent whereby  he mentions of Patal-bari in many of his famous literature writings.

Jagaddhatri Puja is a major socio cultural event in this region. The main attraction of Jagaddhatri idol of Chandannagar is the ornamental decoration of the goddess with shola (thermocoal) and beautiful canvas of mats with painting at the back of the image. The other sight to view are the light gates (coloured light bulb illuminated decorative arches on the streets) that are used during Durga Pooja and Jagadhatri Pooja.

Chandernagore is also famous for its sweets. Suryakumar Modak, a famous confectioner, apparently invented a new sweet named Jolbhora Sandesh  a long time back. Nowadays, his grandsons operate more than one sweet shops in the city. Don’t forget to have a taste of jolbhora.

One thought on “By the Strand Road at Chandernagore”