A hot summer sunday afternoon, there wasnt much to remember from the Bollywood flick, Lootera starring Ranveer Singh and Sonakshi Sinha based on O henry’s “The Last Leaf” – except its end title credits for shooting locations and that was the first time, I heard the name Itachuna Raj bari. A quick lookup on Google maps showed the location about 50 miles aways from Kolkata and the next time i was there last week, this had to be on the iternery. 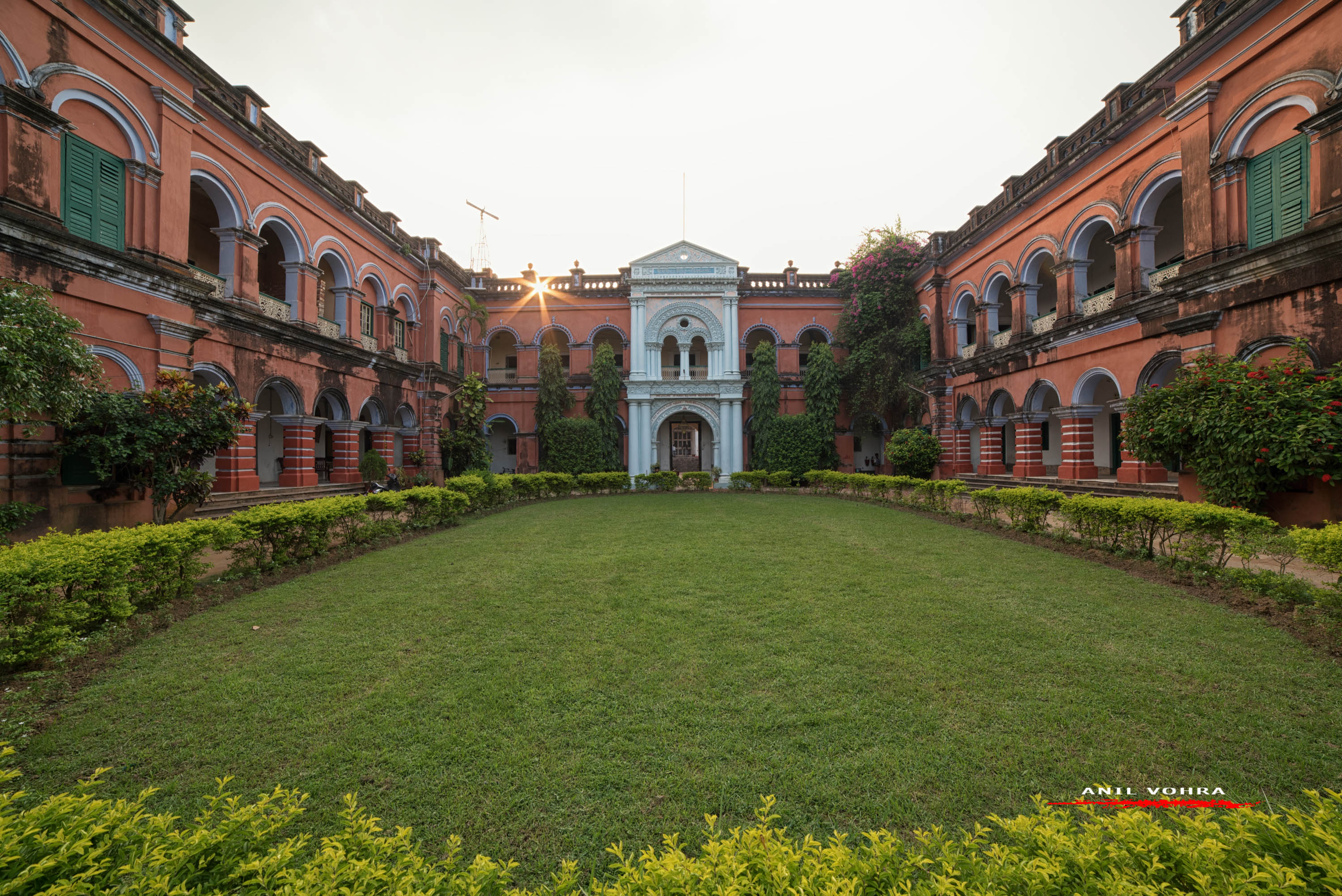 A 2 hours drive from Kolkata, brings one to this perfect hideout for a weekend soaked in royal legacy. Set in an idyllic surrounding that has been untouched by time, this heritage mansion is located at Itachuna – a village off Khanyam. The nearest rail head is Kanyam station. 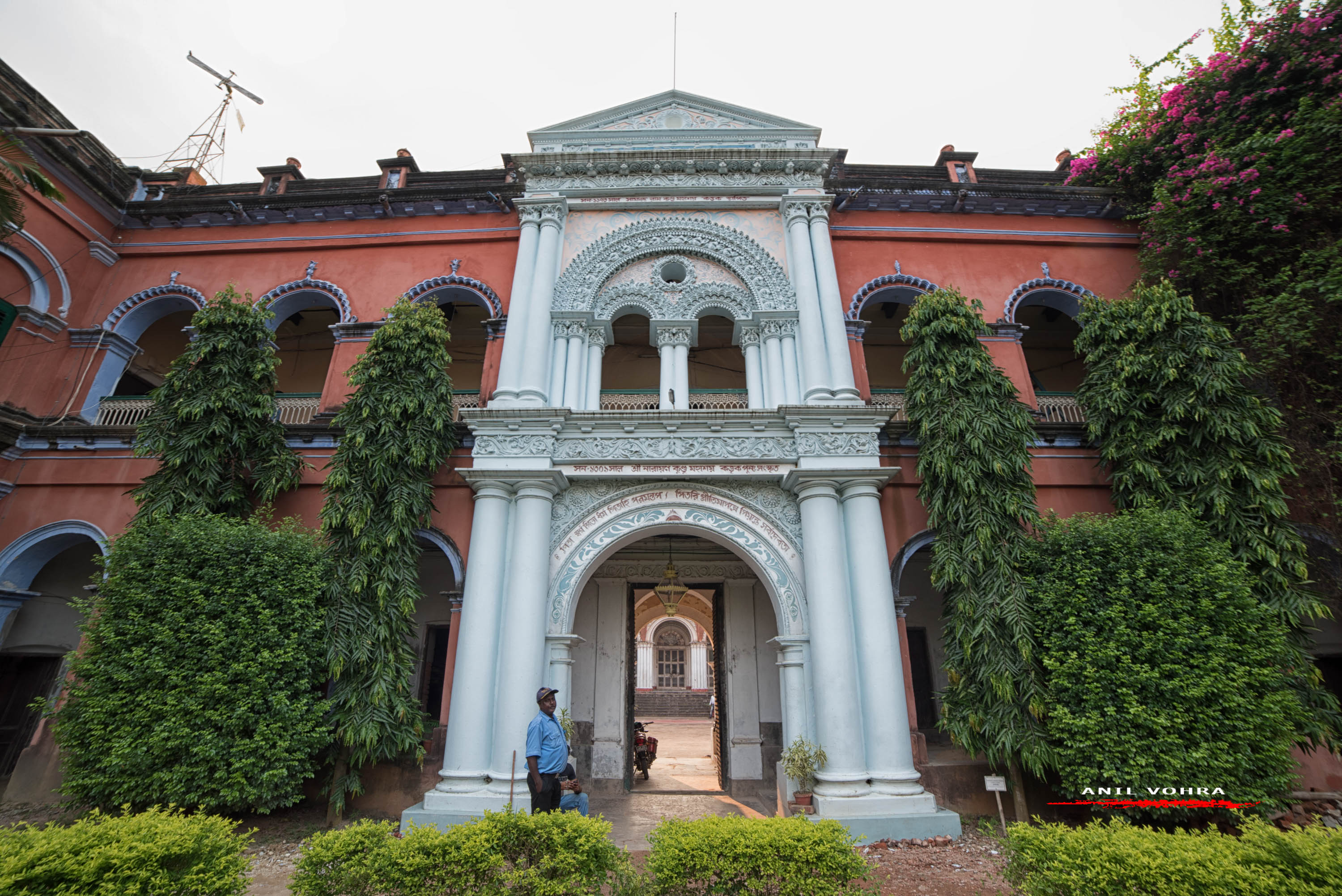 Itachuna in bengali means Brick (Ita) and Limestone (Chuna). RajBari means house of the royals. True to its name, the walls of this royal house stands outs in Red and White. The other name for Itachuna Rajbari is ‘Bargee Danga‘. The term has been derived from Bargee, which was a name given by the bengali’s to the Maratha warriors. So whats the connection ? well the history of the place tells it. 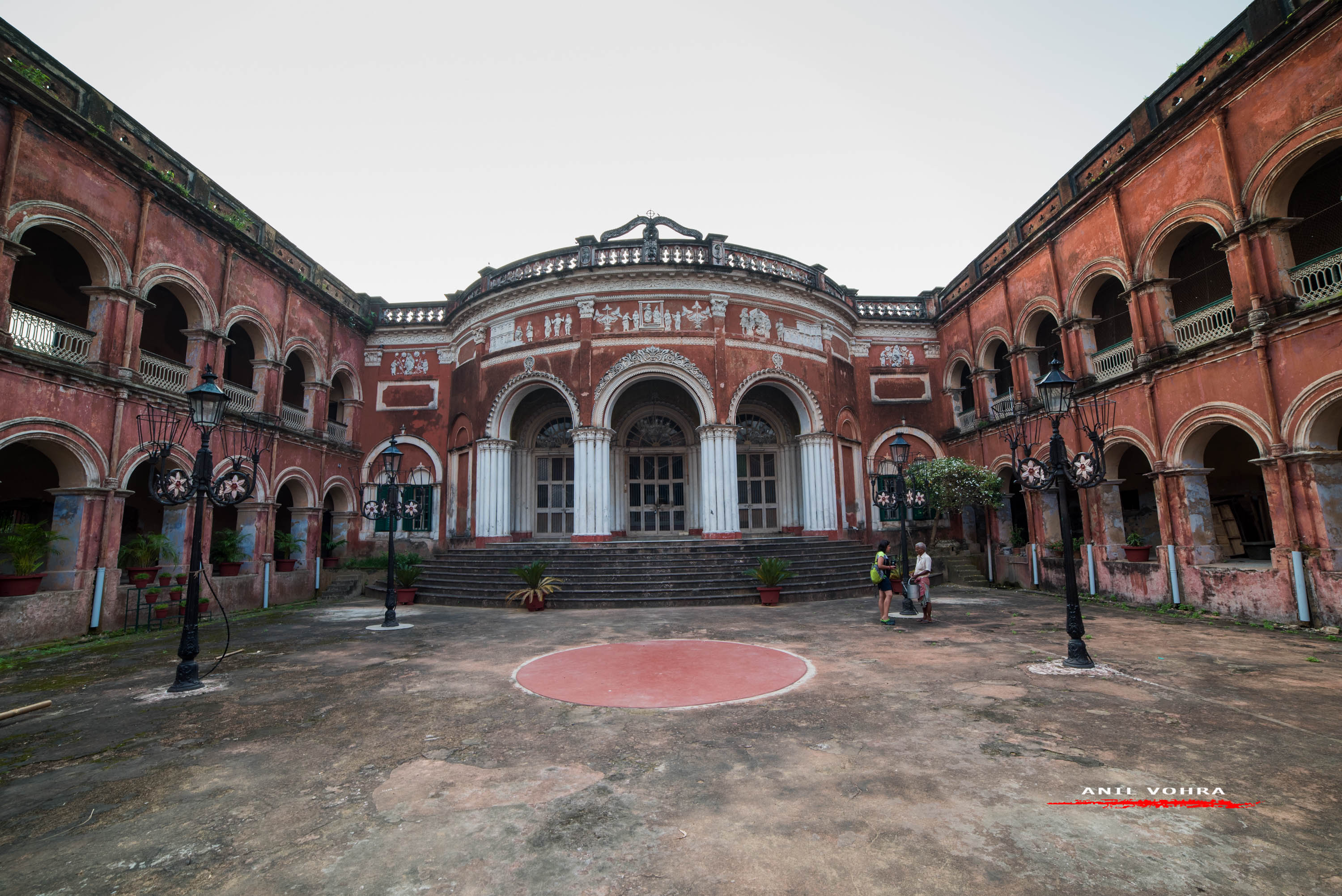 There was a time when Maratha’s attacked Bengal repeatedly to collect Chauth, which was 1/4th of the tax that was to be paid by the Nawab of Bengal( Sub-e-dar), Bihar and Orissa. Apocryphally, after Aurangzeb the downfall of Mughal empire had started. The Bargee’s attacked under the the guidance of Bhaskar Pandit and Raghuji Bhosle from 1742-1752. Katwa, near Hooghly was made the early centre which was later changed to Medinipur. Though the Maratha warriors stopped their attacks after the assassination of Mir Habib, they gained control over Orrisa. As a result many maratha Bargee’s stayed back in Bengal and started their own trade. They amassed a lot of wealth. One of such Maratha warriors were the Kundans, now known as Kundu’s also settled here. 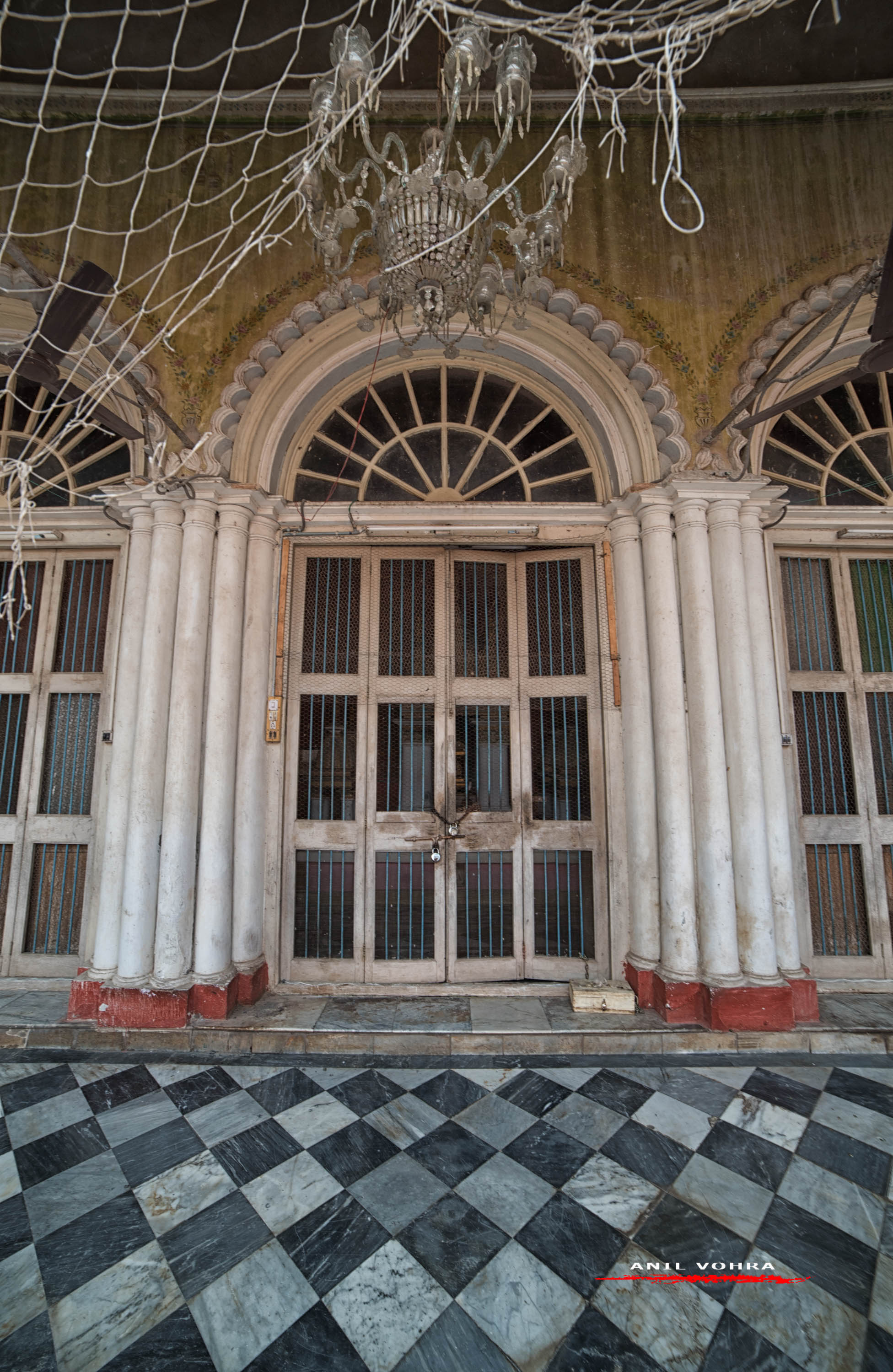 The Itachuna Rajbari was built by the ancestors of Shri Safallya Narayan Kundu in 1766. the name is engraved on the main entrance of the mansion. The inheritors of the property today are descendants of Safallya Kundu – Rabindra Narayan, Dhruva Narayan and Basav Narayan Kundu. The white arched entrance, has also intricately designed floral patterns  with the “Pita swarga, Pita dharma” inscription on it. 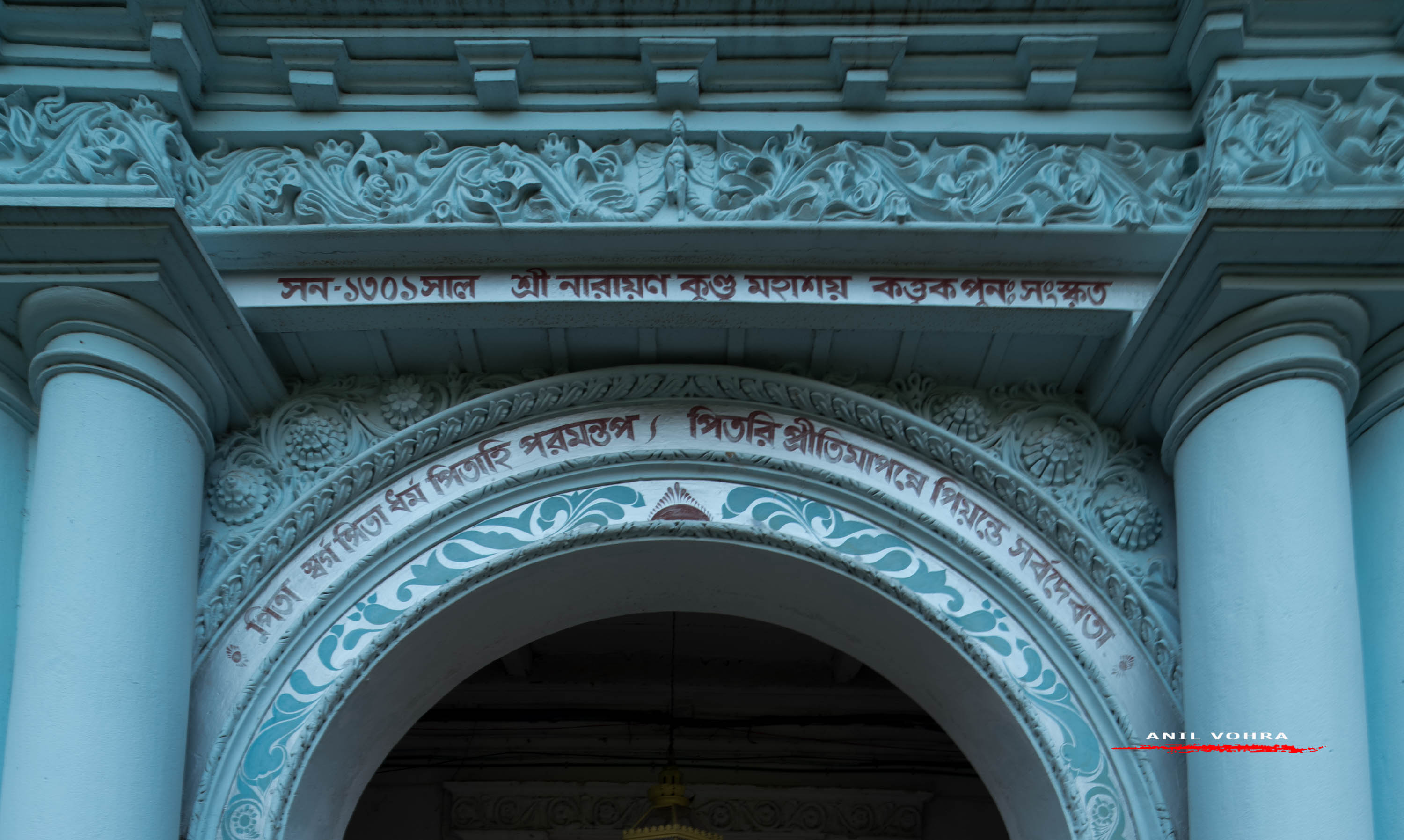 The Rajbari is divided into five mahallas – a village Courthouse, a Ballet Dancing Hall, Kitchen house, Guest house and an Andar Mahal for ladies. 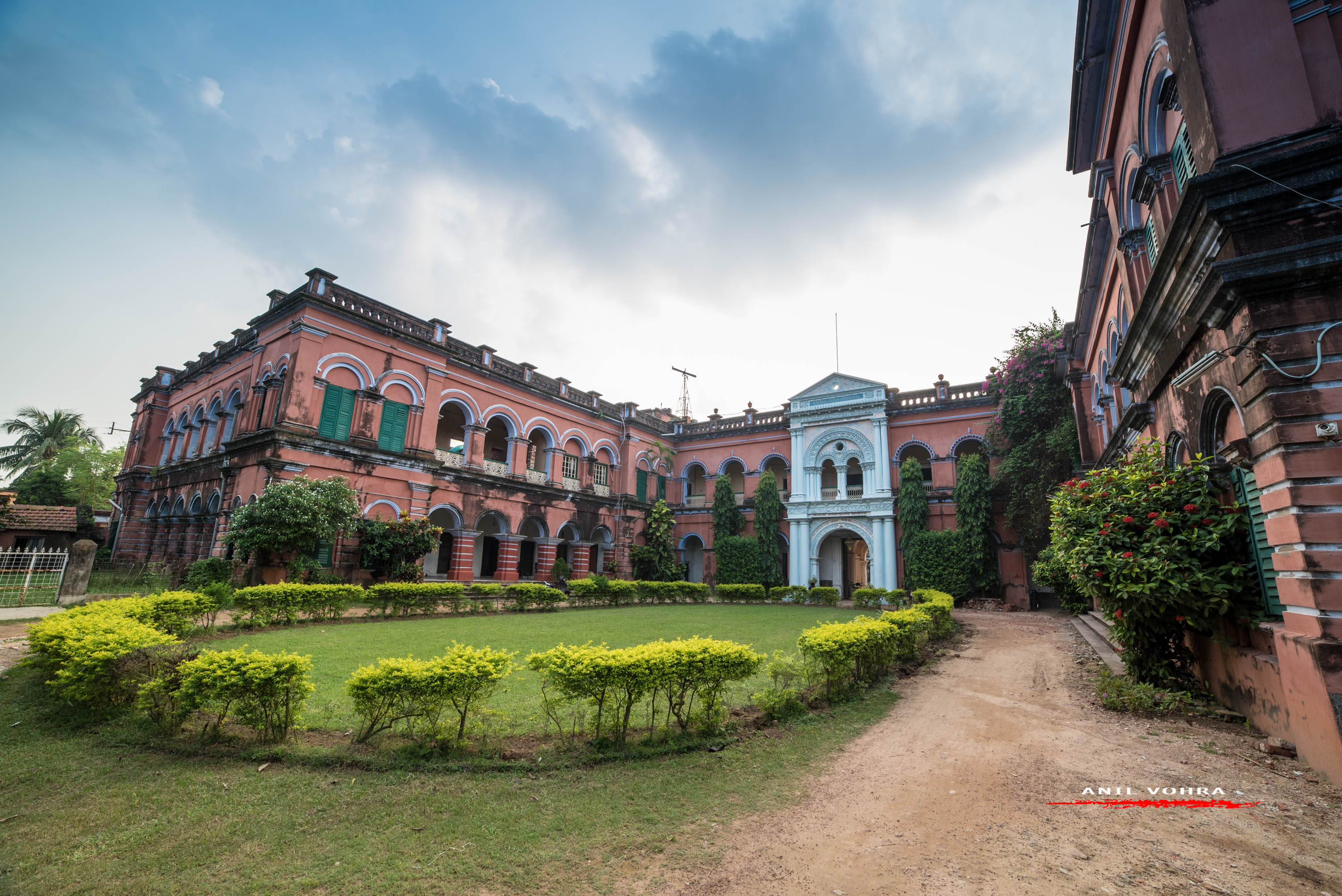 As soon as you enter the gates, a well can be spotted right next to the gates. Straight ahead is a green lawn that leads to white arched entrance to the main courtyard and the ‘Natch Ghar’ – meaning ‘Dancing hall’ in Bengali. 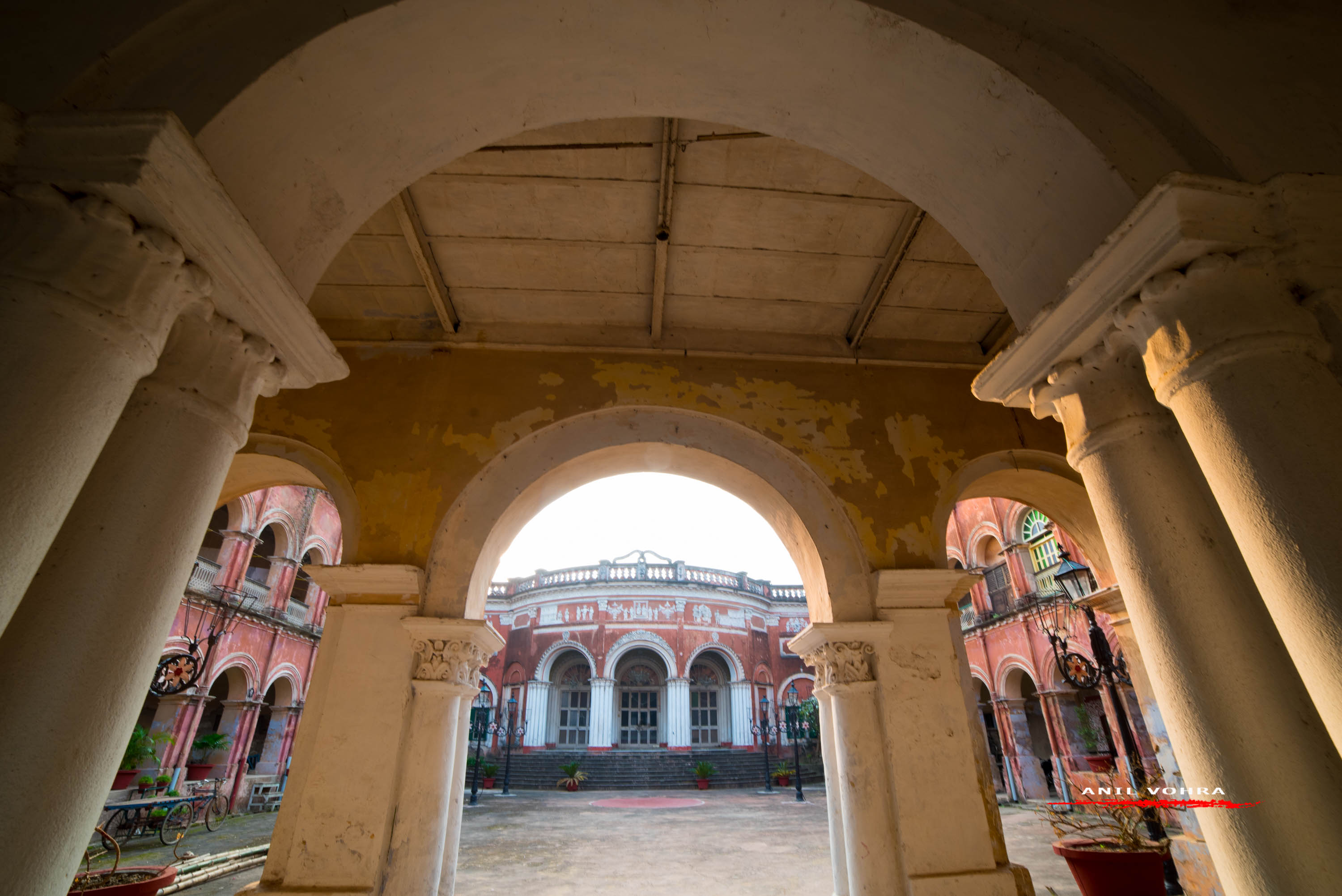 Its beautiful chandelier and ancient hand-drawn fans mounted on the ceiling is sure to captive onlookers. Inside the ‘Andar mahal premises lies the “Thakur Dalan” where the family deity, ‘Shreedhar Jiu” or the ancestral diety, Naryana. 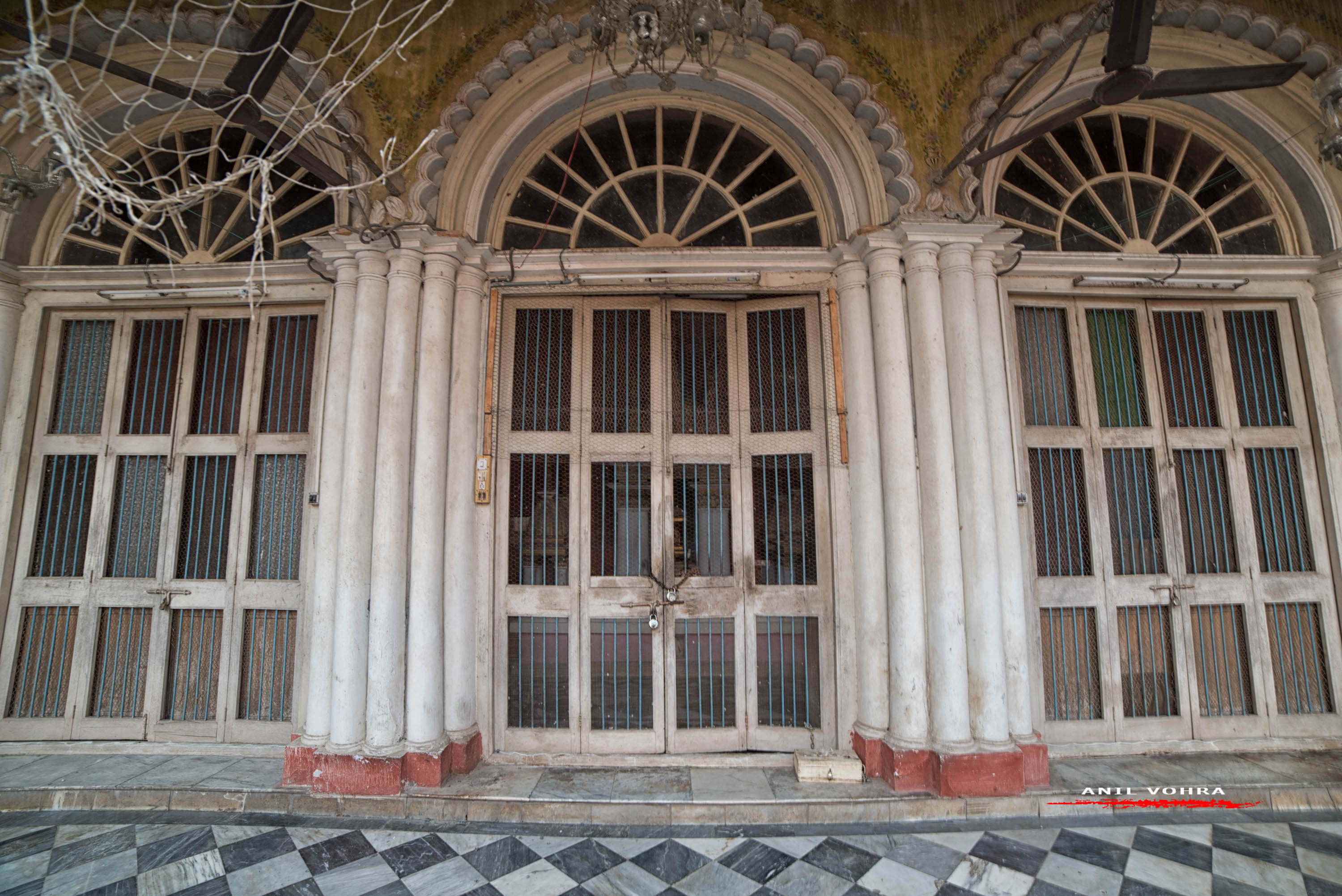 Prayer here is still today offered prayers four times a day, with occasional mass gatherings during dusk prayers in the courtyard, swaying to the beat of drums, cymbals and bells. 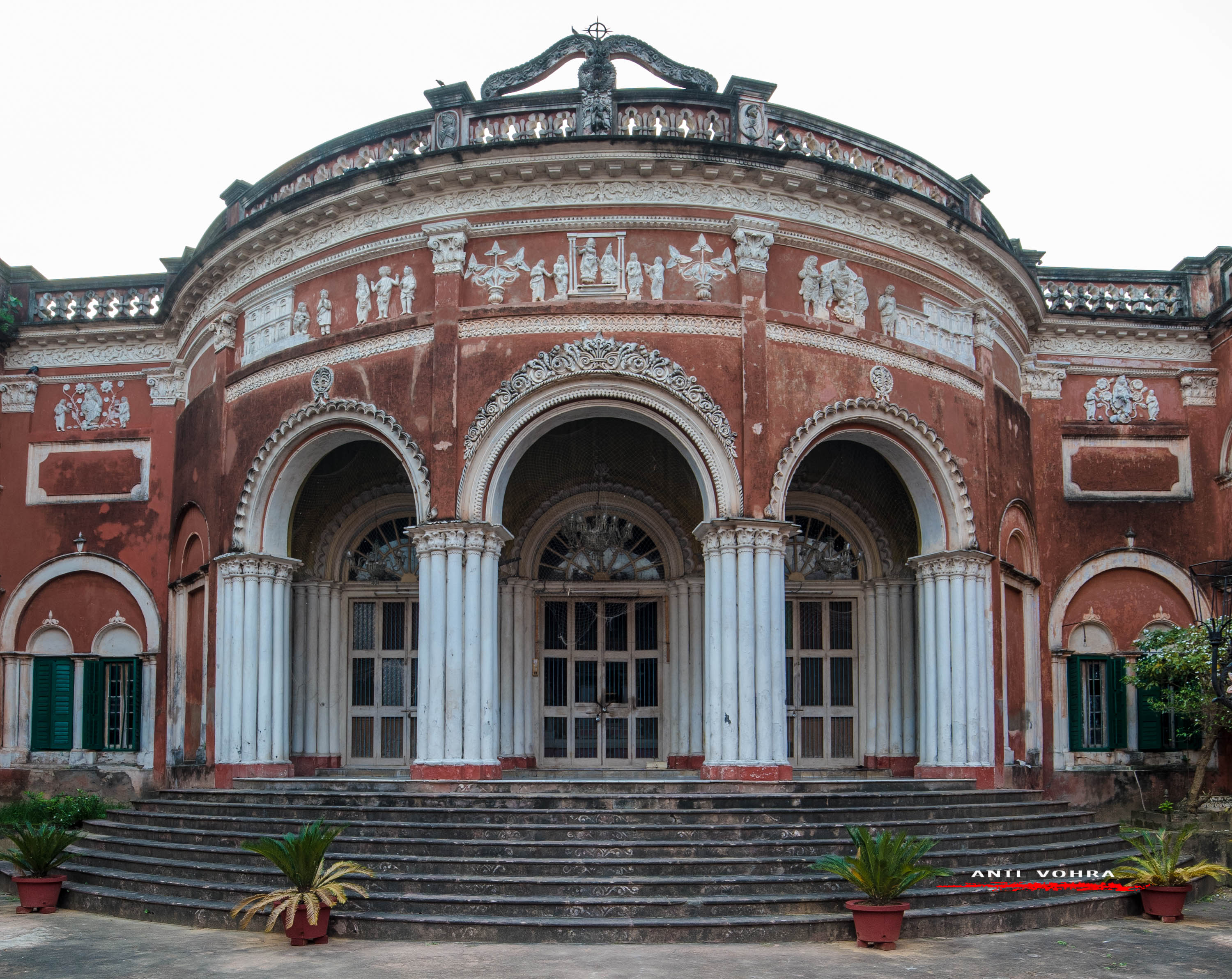 In the backyard of the Rajbari, is a lush green area, erstwhile ‘Khamar Bari’, with a “Khidki Pukur”, a wall bound pond for the ladies. Khamar Bari’ is now converted to an outdoor shooting area. 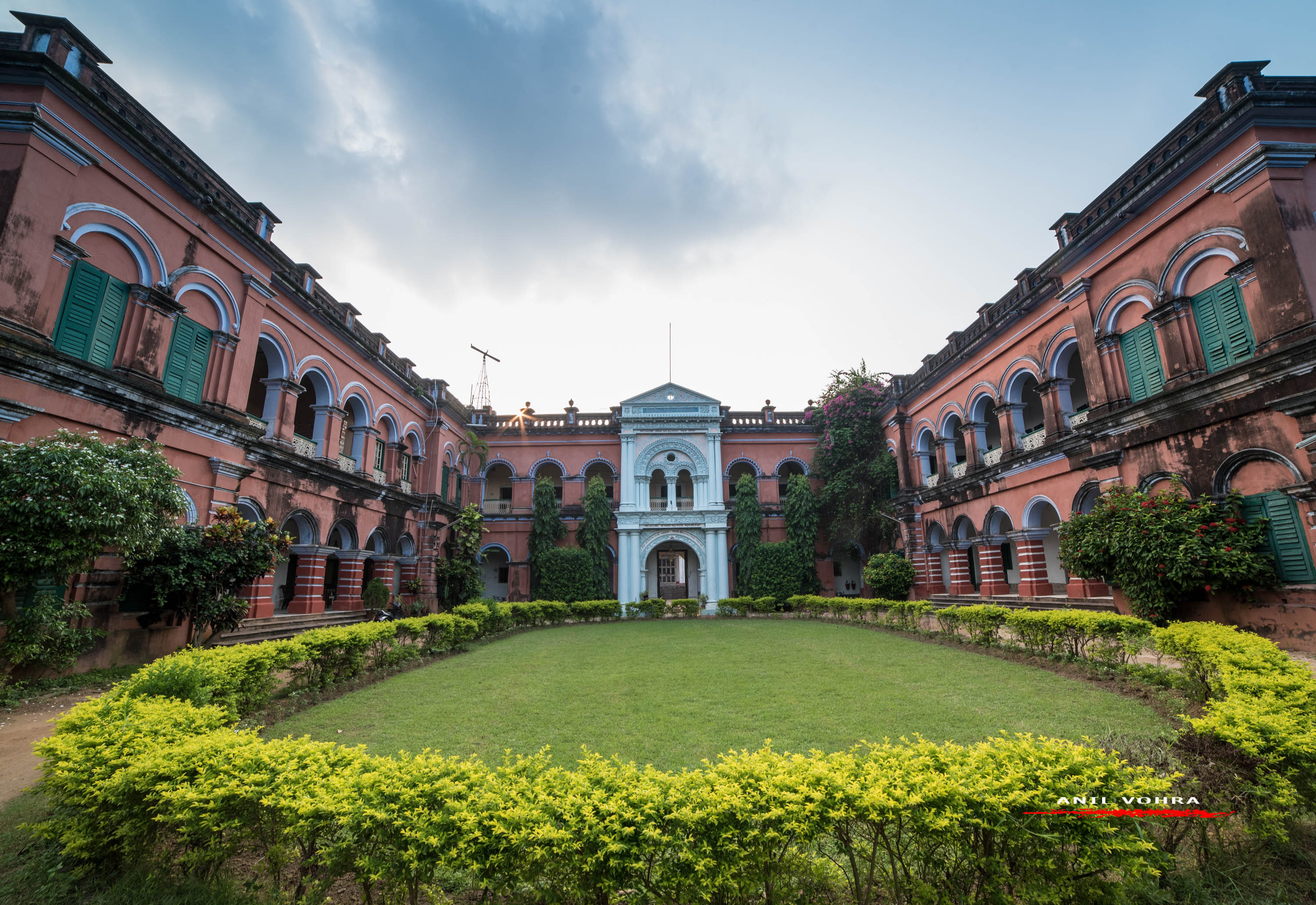 The Govt.of India’s policy of abolishing the Raj-culture hindered further flourishes of the Rajbari. Today the property is managed by Kundu brothers and  a heritage homestay firm named Mylestones & Journeys that have tried to restore the glory and are making all efforts to upkeep and maintain the royal heritage in this rustic part of the village side property. The mansion is also rented out to production houses for shoots of movies or tv shows. The present day owners are said to still visit here during holidays. 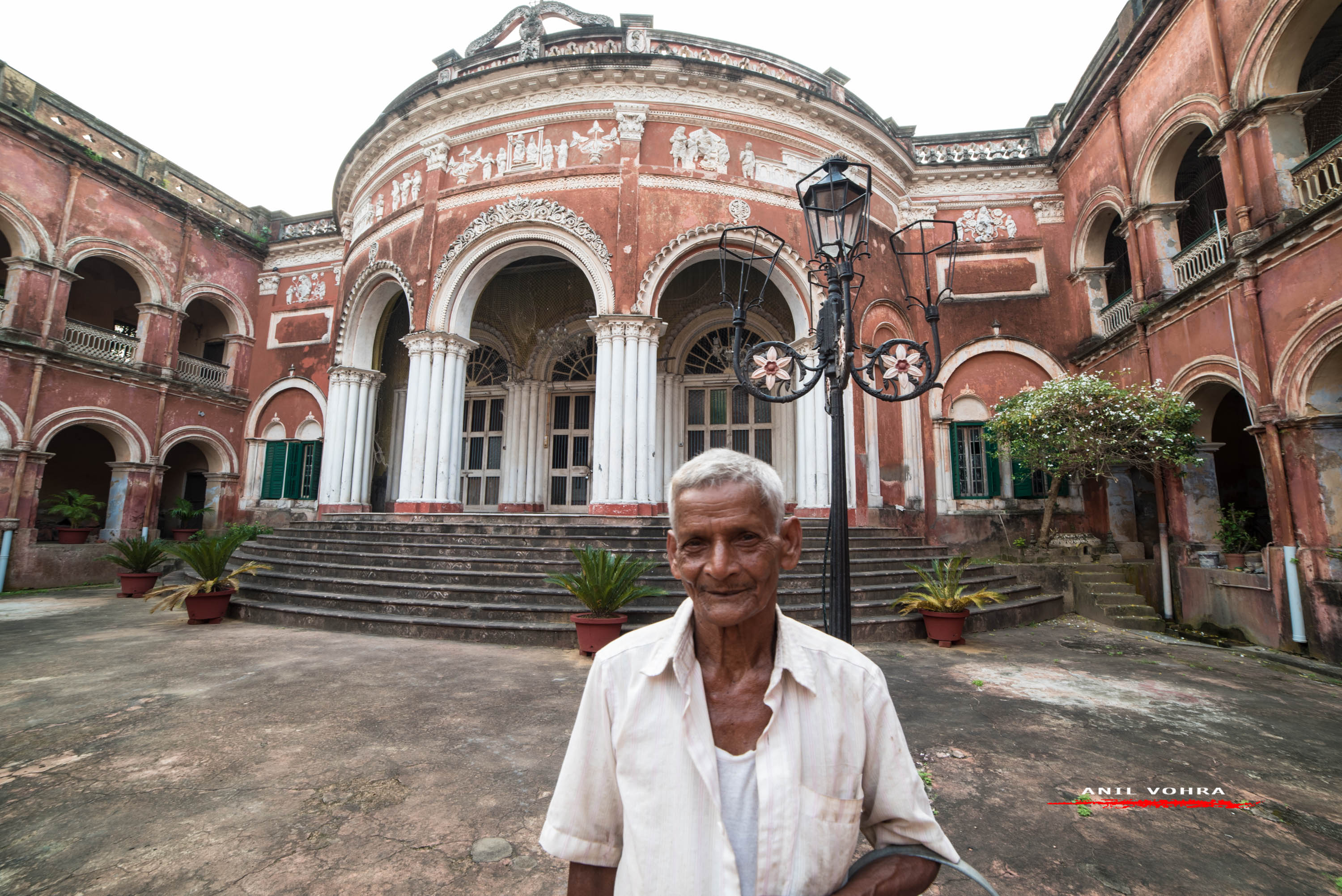 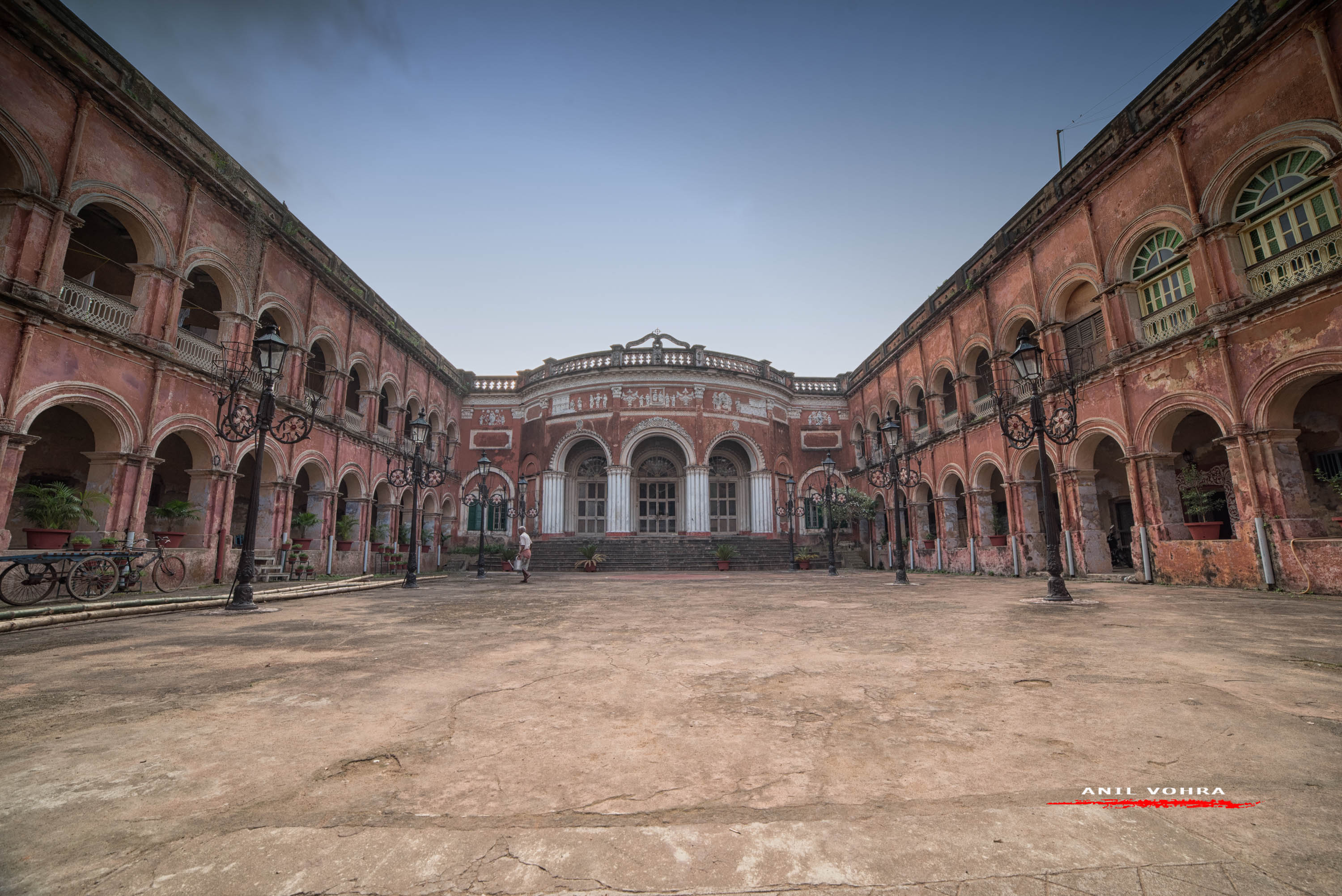 The place is  2 miles drive off the Grand Trunk Road (GT Road / SH13) on Polba-Khanyan Road takes one to Itachuna – Itachuna is a village off  in Pandua CD Block in Chinsurah subdivision of Hooghly district in the state of West Bengal, India. The nearest rail road head is Khanyan. 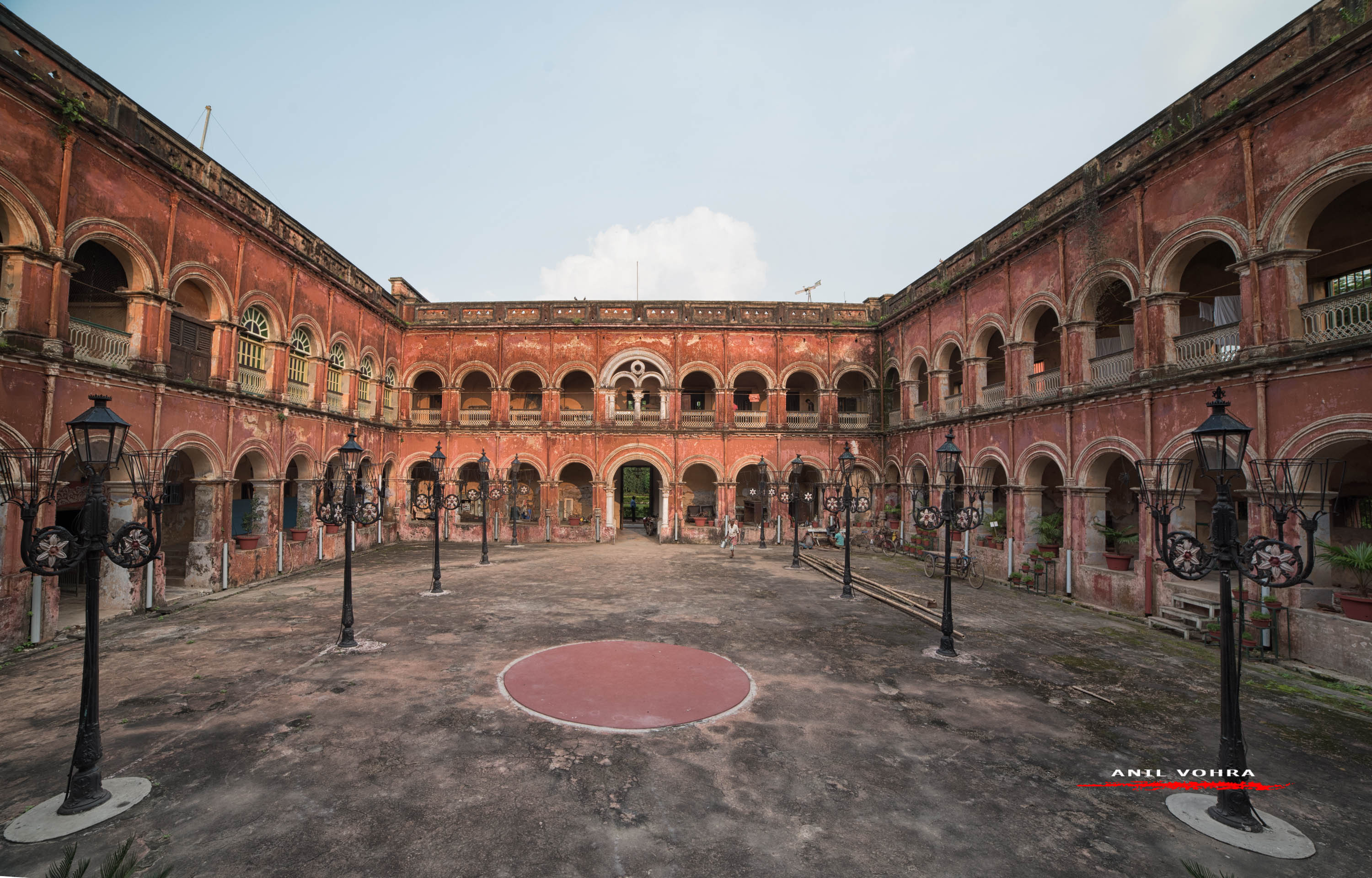 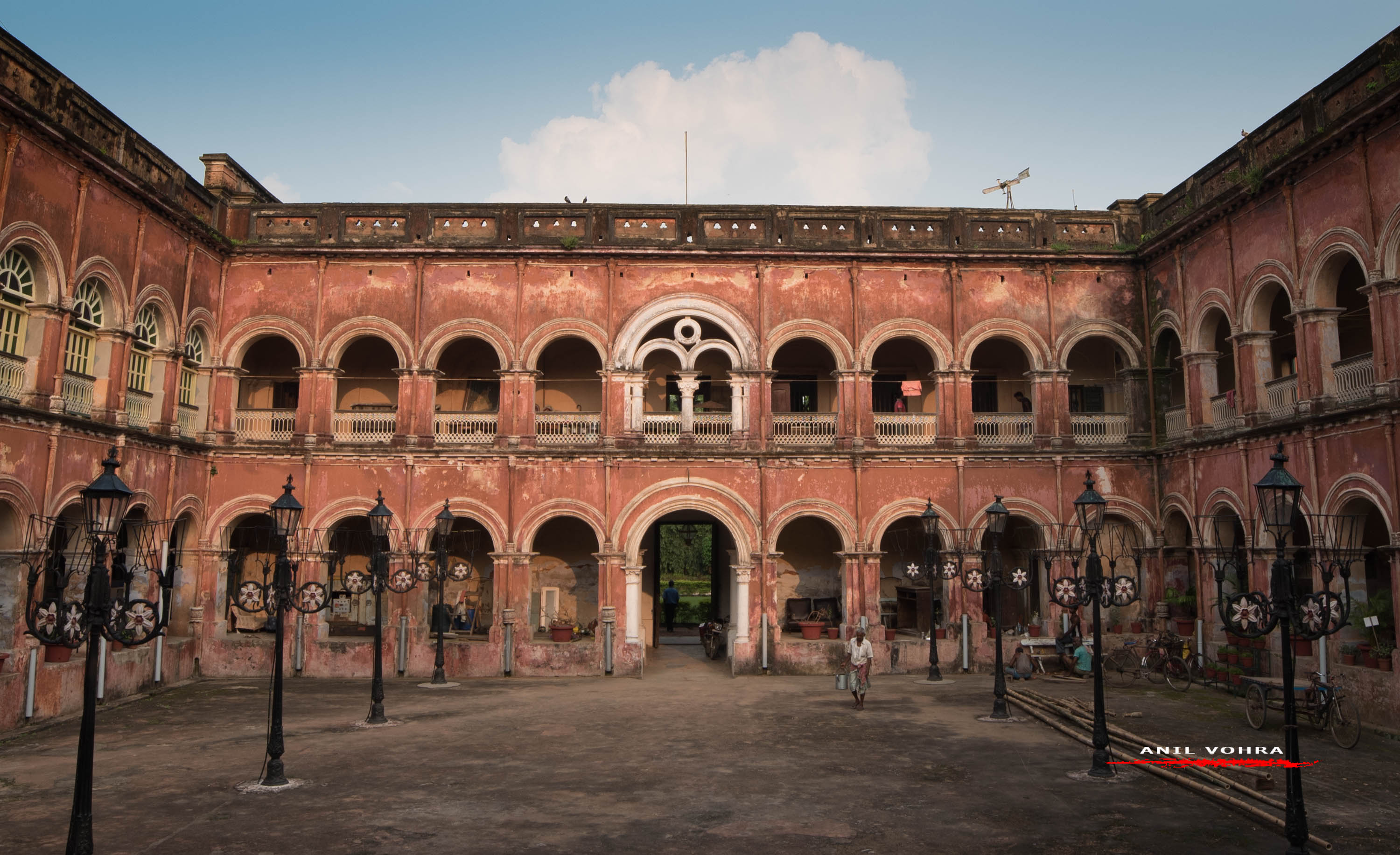 Across the mansion is a Shiva temple with a majestic marble sculpture of the deity.   The Kundus desisted from offering prayers to the idol following a death in the family just before its inauguration. 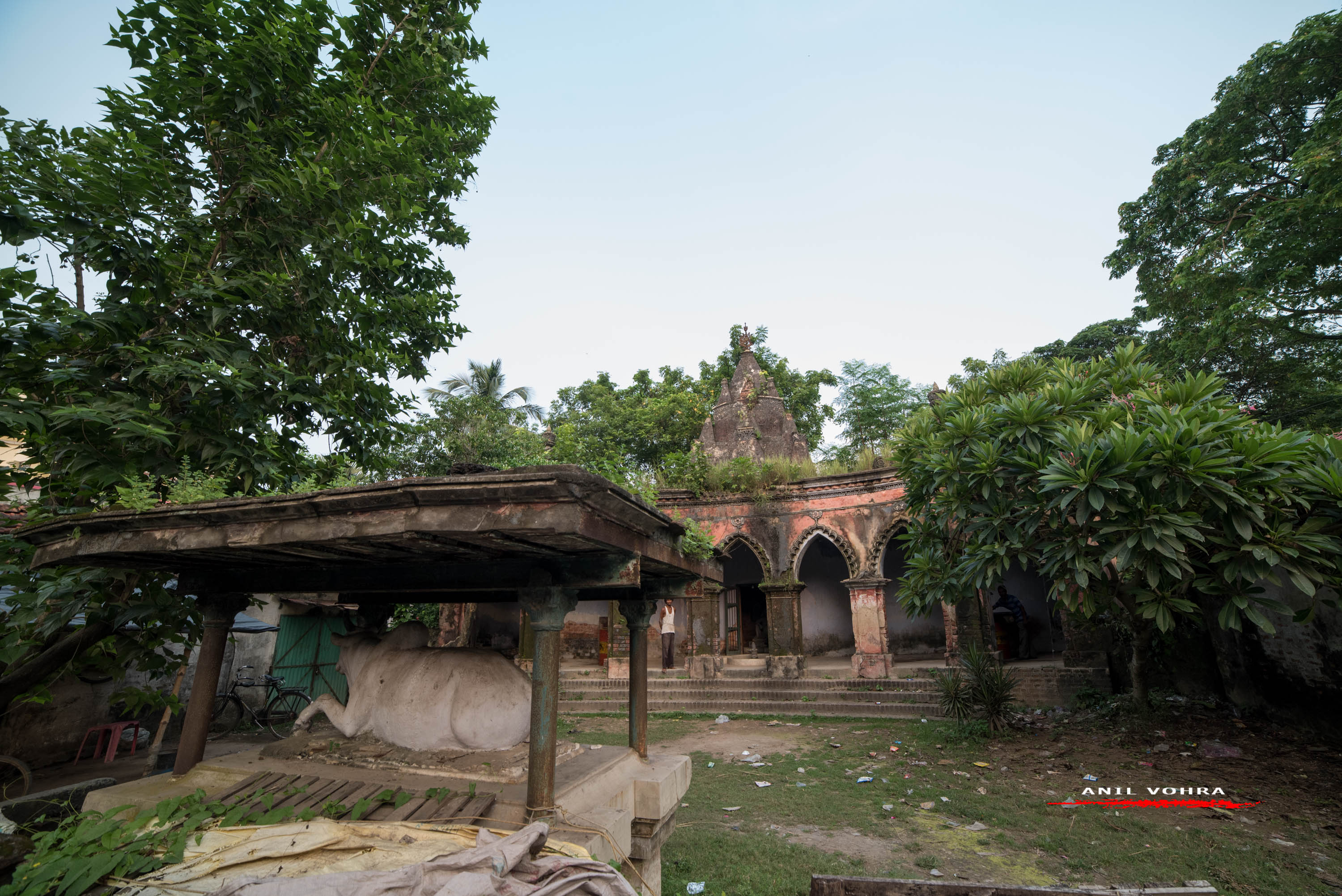 A stone statue of a ‘nandi’ cow sits in the front of the temple. 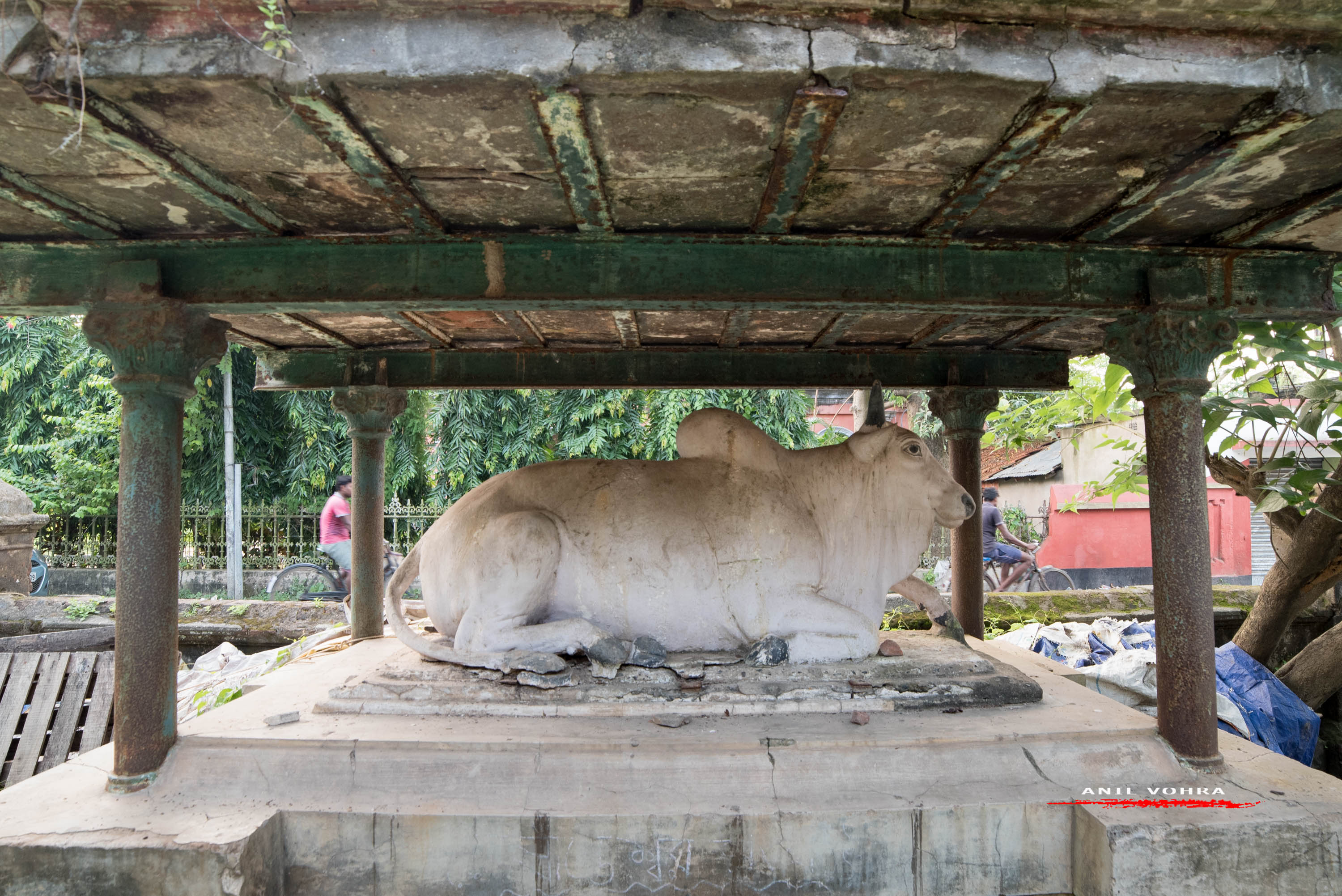 A Shivling outside the sanctum sanctorum is, however, worshipped by the villagers. 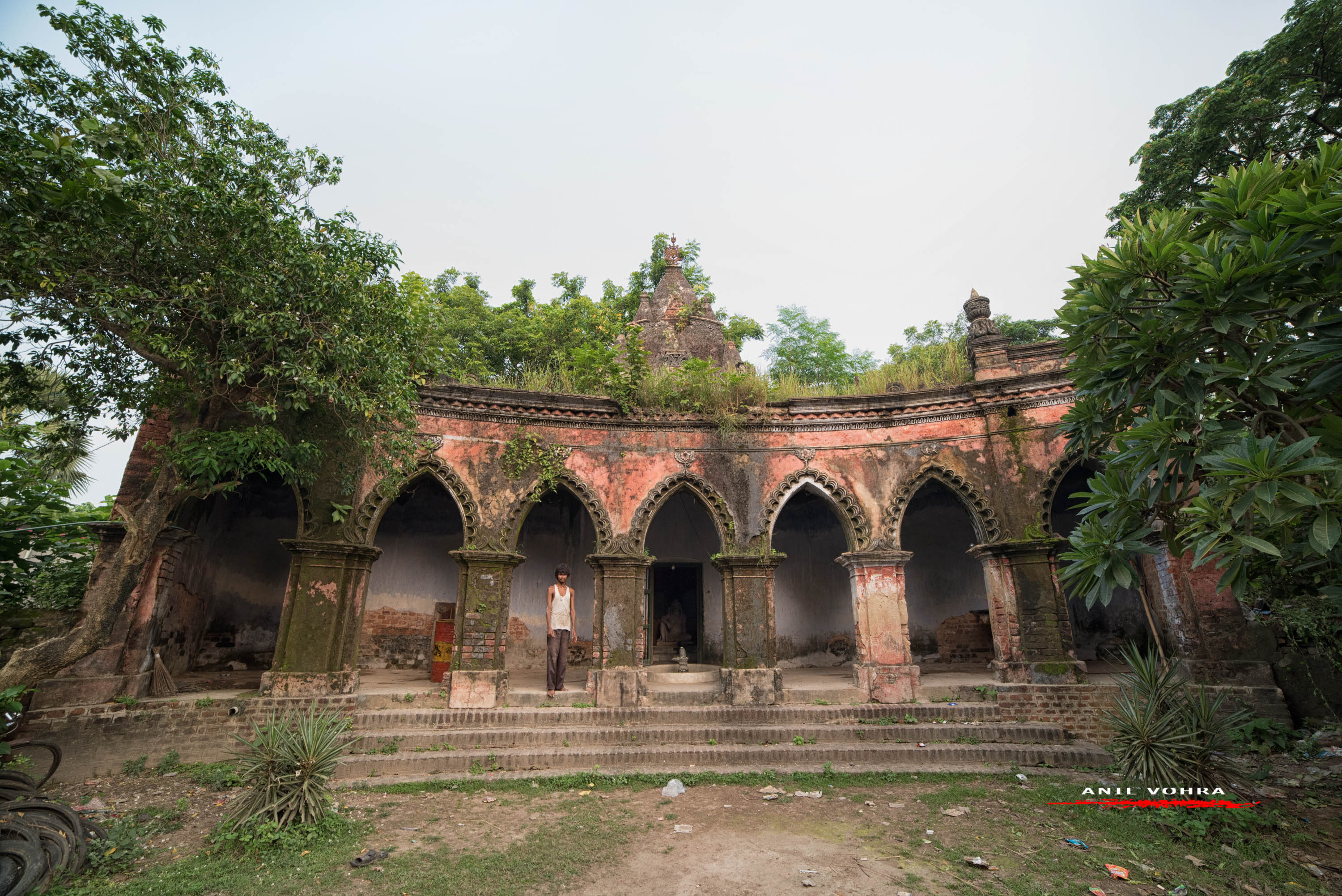 Did you know ? Itachuna Rajbari is one of the most haunted places in WestBengal. Now, that sounds eireiee… 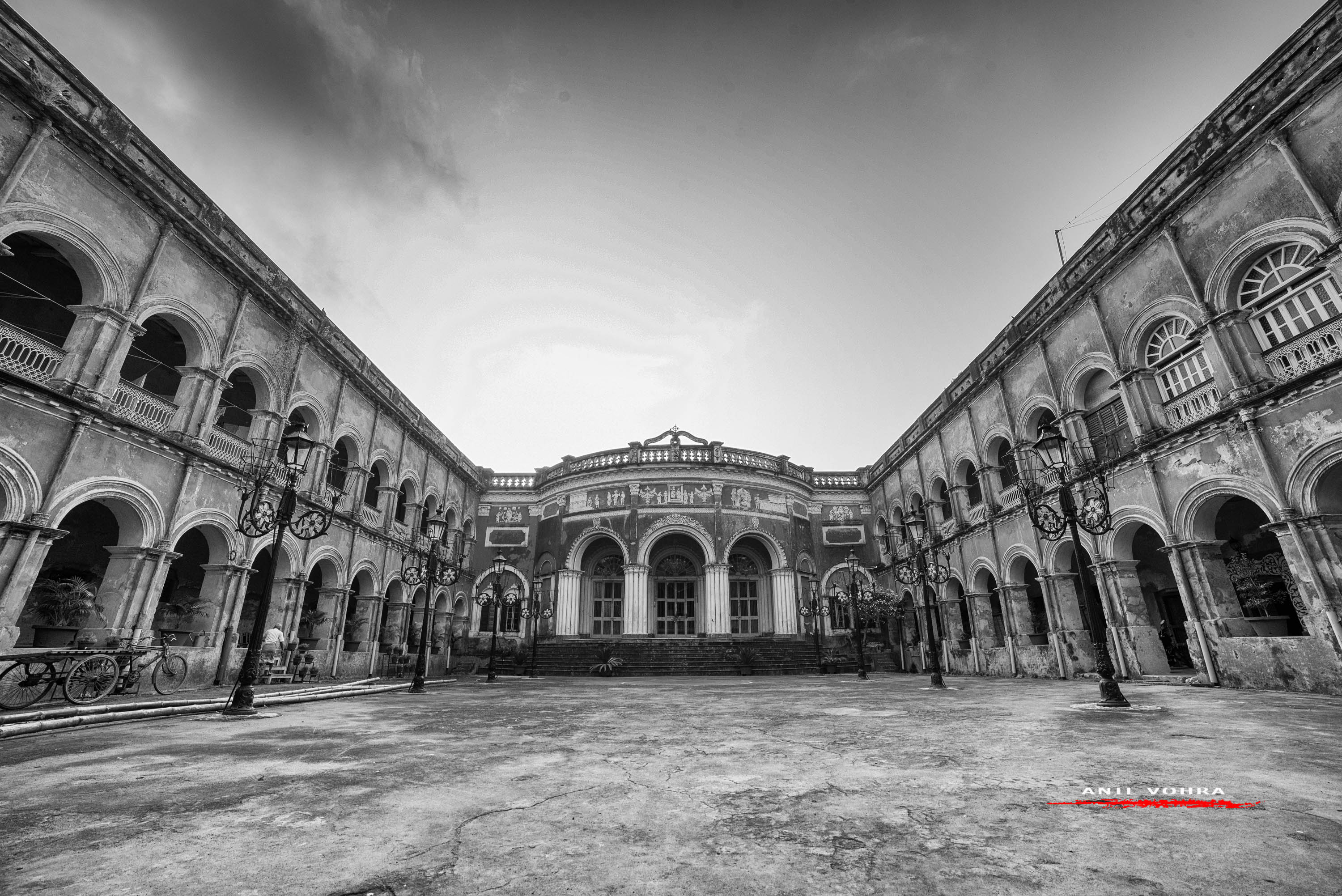